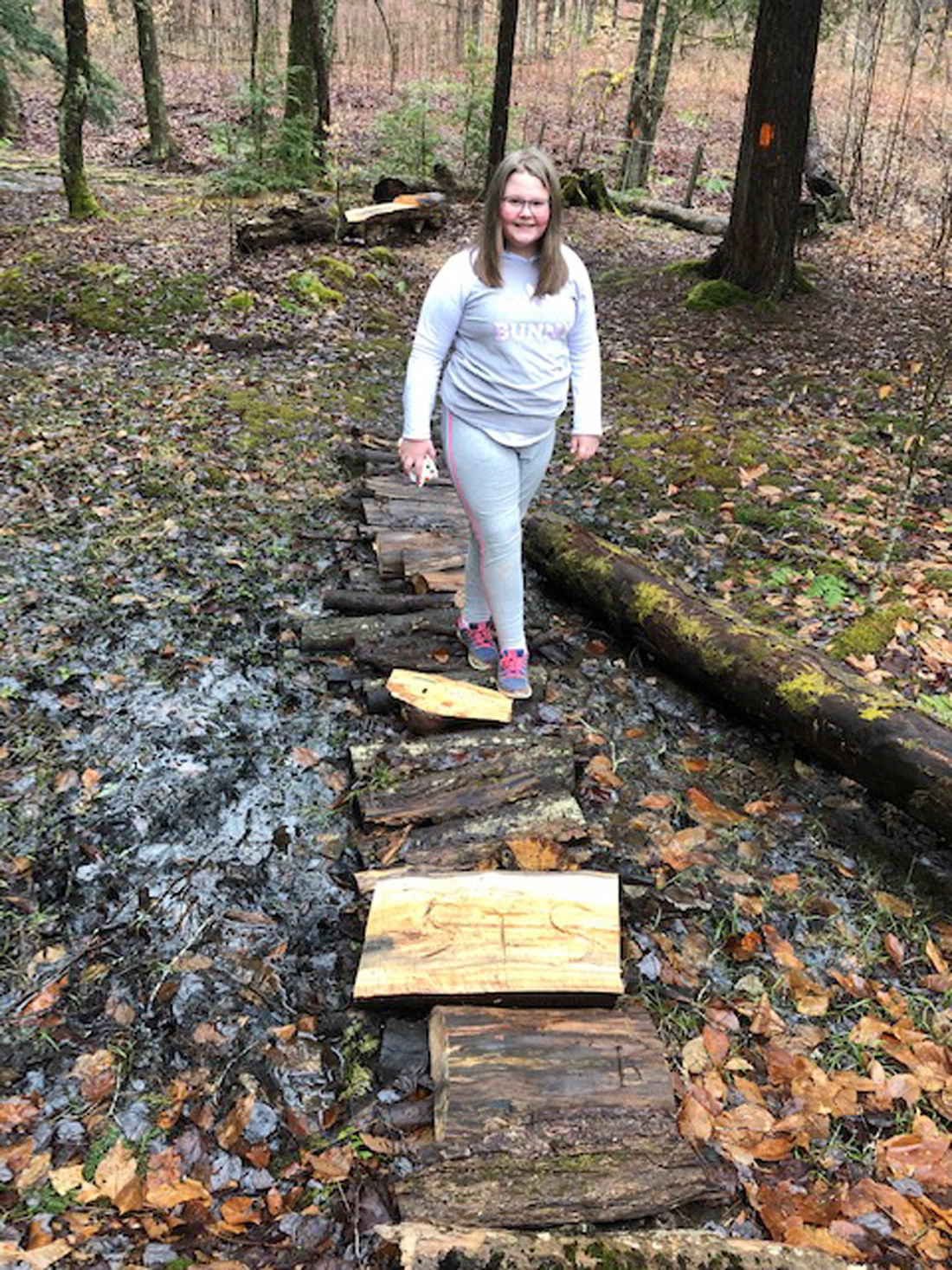 Baylee Hazel-Klimek walks across a log bridge while out for a hike. 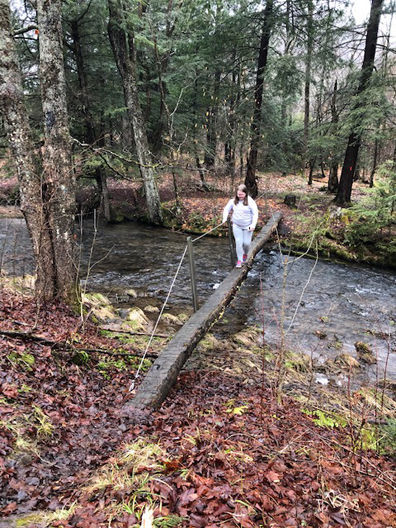 Baylee Hazel-Klimek walks across a log bridge while out for a hike.

Nine-year-old Baylee Hazel-Klimek has not been in school for the past two weeks. Not that she’s been sick. She’s health and happy and eager to learn — but the school doors are closed and locked.

Baylee’s mom, Heather Klimek, works at UPMC Cole. Baylee’s mom’s friend, Lori Szymanik, is a Northern Potter teacher who finds herself also out of school these days, just like Baylee. Szymanik has solved her friend Heather’s “who will look after Baylee?” question with more than a daycare roof over Baylee’s head. Szymanik has led Baylee to outdoor adventure.

Szymanik is an avid hiker and the recording-secretary of the Susquehannock Trail Club. With spring weather bringing inviting opportunities for exploring the outdoors, Szymanik and Baylee have headed for the wide-open spaces of our parks and forests.

The first recent stop was Lyman Run State Park and the section of the Susquehannock Trail (STS) that passes at the park’s perimeter, down the road past the park maintenance office. Baylee crossed the big suspension bridge on the STS and then the little log bridge with the cable hand-rail. She explored plants and poked her head through a space in the roots at the base of a tree. She learned to follow the orange blazes on trees to keep on the trail.

On another day, Szymanik and Baylee went to the Susquehannock State Forest. They joined a crew of three maintainers on the STS. After climbing the path behind the forestry office to “mile zero,” Baylee signed the trail register at the start of the 84-mile trail. On the STS section known as “the Ridge Trail,” she watched Penny Weinhold repaint orange blazes along the trail and watched Curt Weinhold run a measuring wheel to correctly position new mile markers on the STS. With Wanda Shirk and Szymanik, she used a pair of loppers to cut back branches or briars that occasionally grew over the trail, and she helped with some hand-sawing and “debris tossing” — the annual “Spring Around the Trail” project to remove branches and limbs that fall over the trail during winter storms.

Social distancing is easy in the wide-open outdoors. Baylee and Szymanik are among those adapting to our current public health crisis by enjoying life as much as ever in Potter County. Baylee can’t wait to hike more of the trail, and she hopes to go camping when the weather warms more. Our Pennsylvania Wilds offer opportunities for adventure, fun, and learning when other doors, including school doors, are closed.