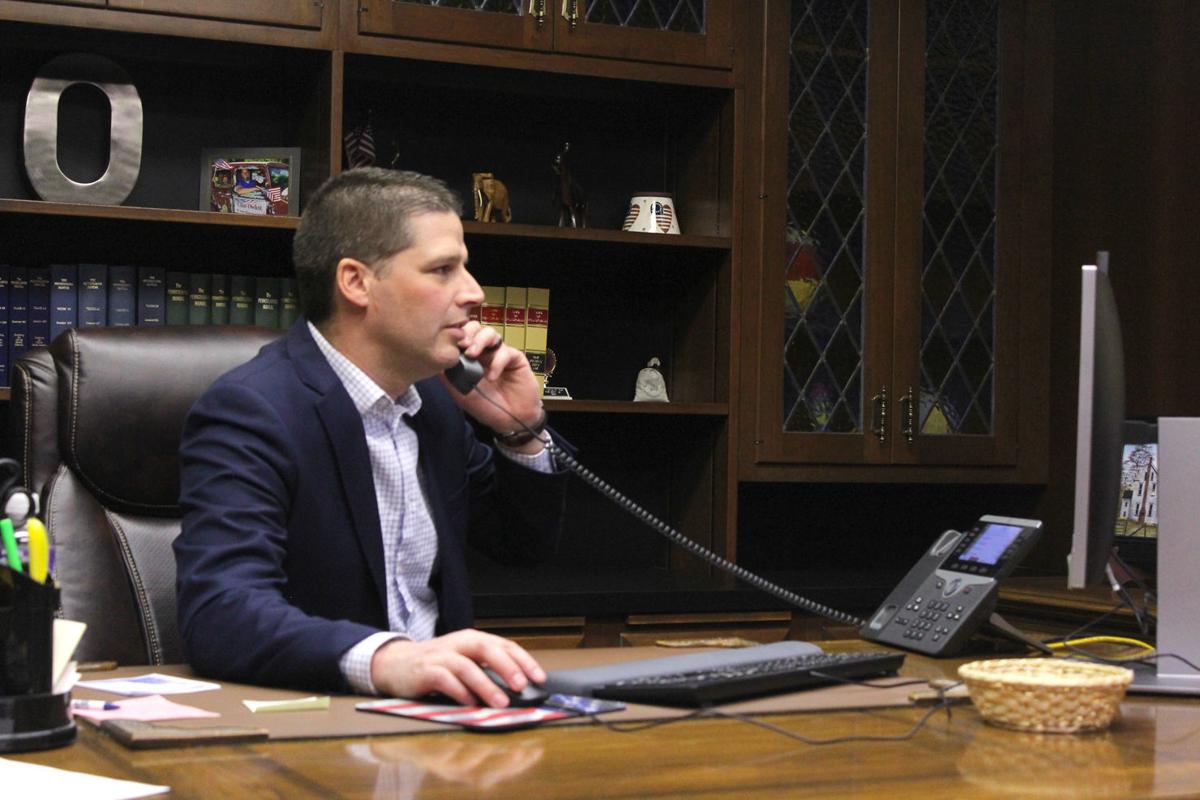 The importance of a conversations with constituents cannot be understated. Clint Owlett schedules meetings both in person and over the phone with representatives of Tioga County. 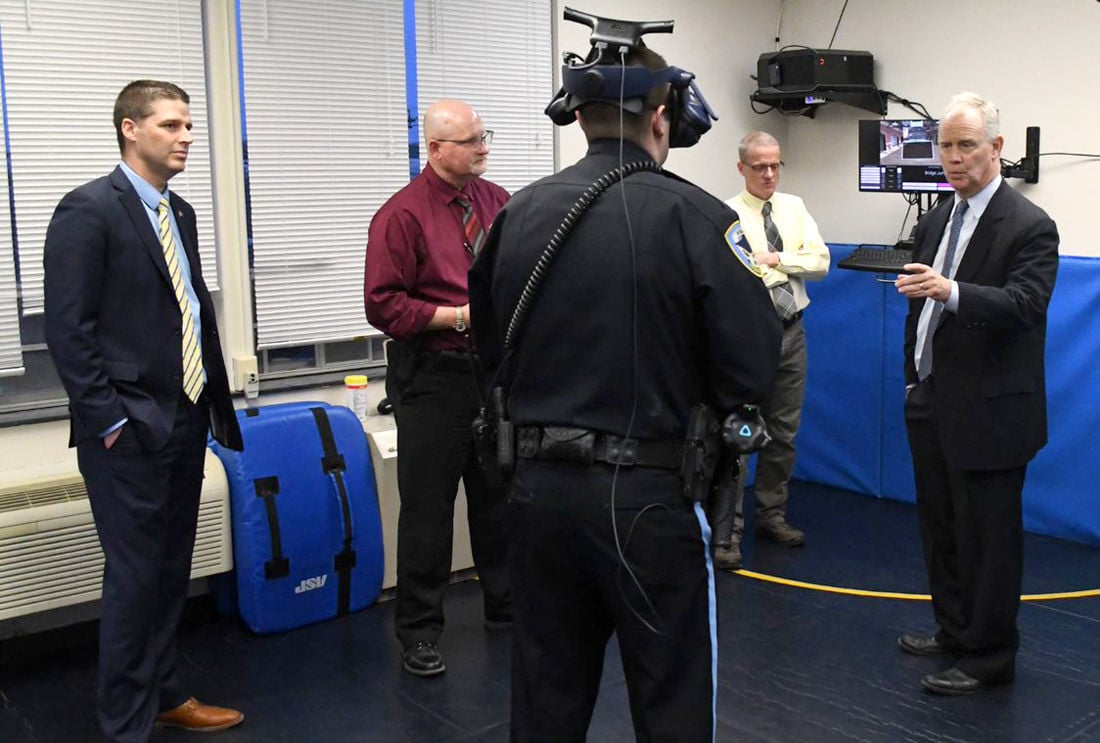 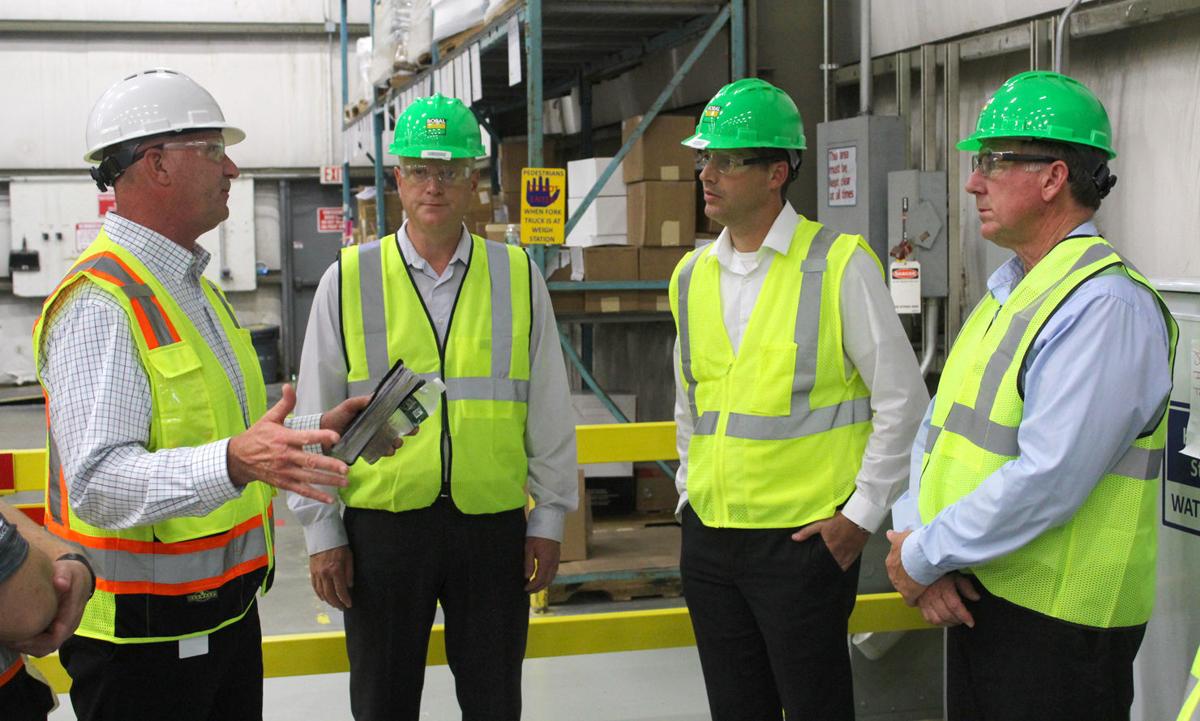 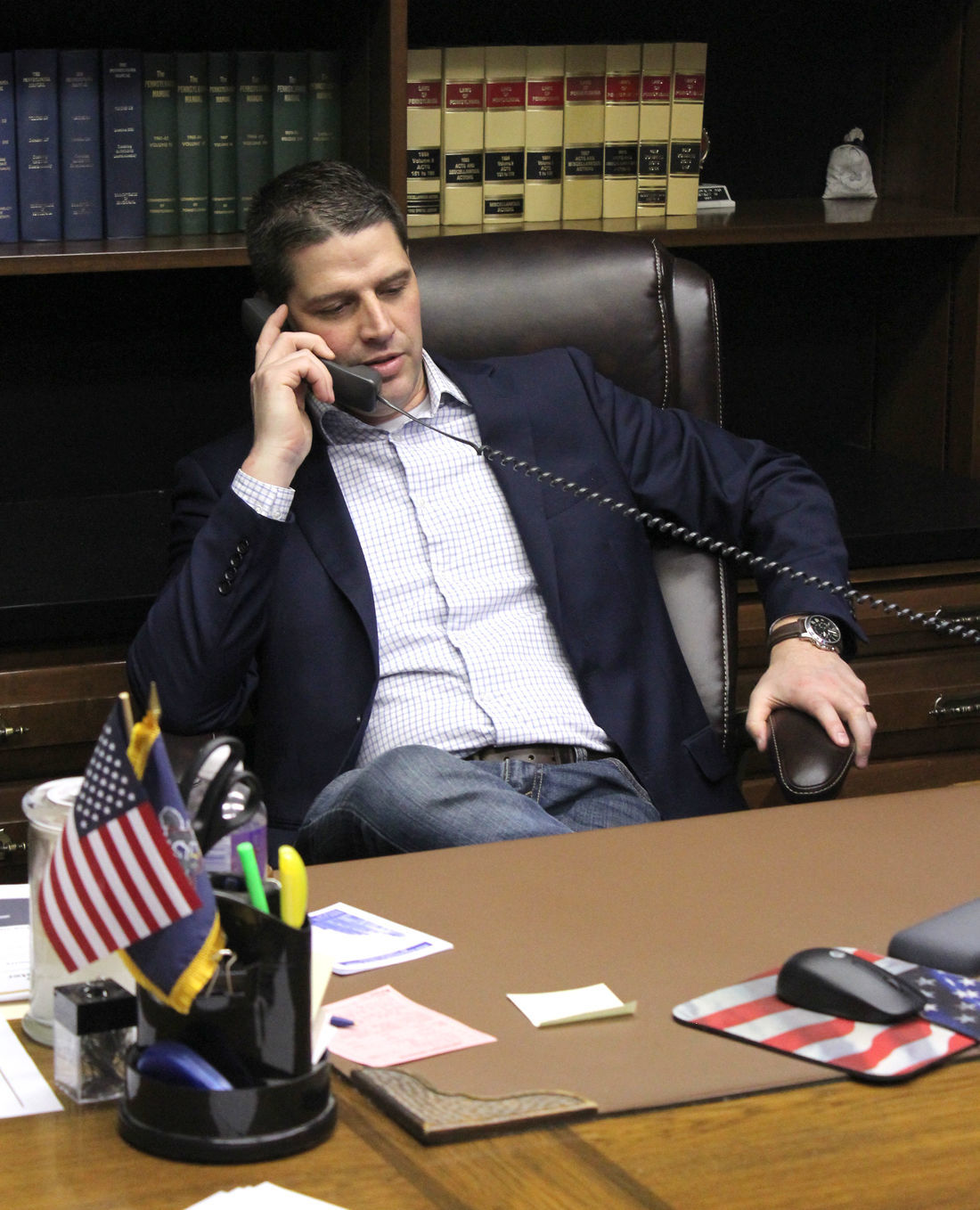 Clint Owlett talks on the phone during a busy day meeting with constituents in Pennsylvania's 68th Legislative District.

The importance of a conversations with constituents cannot be understated. Clint Owlett schedules meetings both in person and over the phone with representatives of Tioga County.

Clint Owlett talks on the phone during a busy day meeting with constituents in Pennsylvania's 68th Legislative District.

WELLSBORO - As State Representative for Pennsylvania’s 68th Legislative District, Clint Owlett is responsible for taking the concerns of his constituents to Harrisburg where he works to make their voices heard. From meeting with individual constituents, to talking with businesses and organizations, each day is different, but the variety is part of what Owlett loves about the job.

Part of the variety comes from the duality of representing the rural 68th District, which is comprised of all of Tioga County and parts of Bradford and Potter Counties in Harrisburg.

On the one hand, Owlett needs to be familiar with the issues that are important his district. That means he needs to be out in the community and in the office meeting with citizens and coming up with solutions to their concerns that he can then take to Harrisburg.

“There is only so much you can learn about a business or organization by hearing about it,” Owlett said. “Our goal is to get out in the community and see and meet the folks and hear their challenges and hopefully come up with some solutions.”

Owlett grew up just outside of Wellsboro and has been connected to Tioga County for his entire life, which he said helps him know and understand the values of the area. Although he has an understanding of the values of Tioga County, the importance of meeting with people cannot be understated.

“We don’t turn anybody away. We have had an open door policy. I’m willing to sit down and talk with anybody. We take it one step further, aggressively looking for opportunities to engage folks in conversation about something that concerns them,” Owlett said.

As he hears the issues important to residents of his district, Owlett said it’s easy to work late into the night trying to come up with solutions. At that point he said, it doesn’t feel like work, it is just what he is passionate about.

Currently, Owlett is branching into the world of podcasting in hopes that he can connect even more with the people he represents.

“I try to bring resources and ideas from around the state and help people understand them a little better.

“‘Conversations with Clint’ is an avenue to do that,” Owlett said.

Owlett built a studio at his home and has started his venture into podcasting.

“The idea of this is to pick a specific bill or interview folks in the community that we are truly making a difference in other people’s lives. The beauty of this podcast is that this message will be broadcast through the state. It’s one way that we can show the rest of the state what’s going on here in North Central Pennsylvania and why it’s such an exciting place to live and what we can bring to the state,” Owlett said.

Partly cloudy skies in the morning will give way to cloudy skies during the afternoon. High near 50F. Winds SW at 5 to 10 mph.