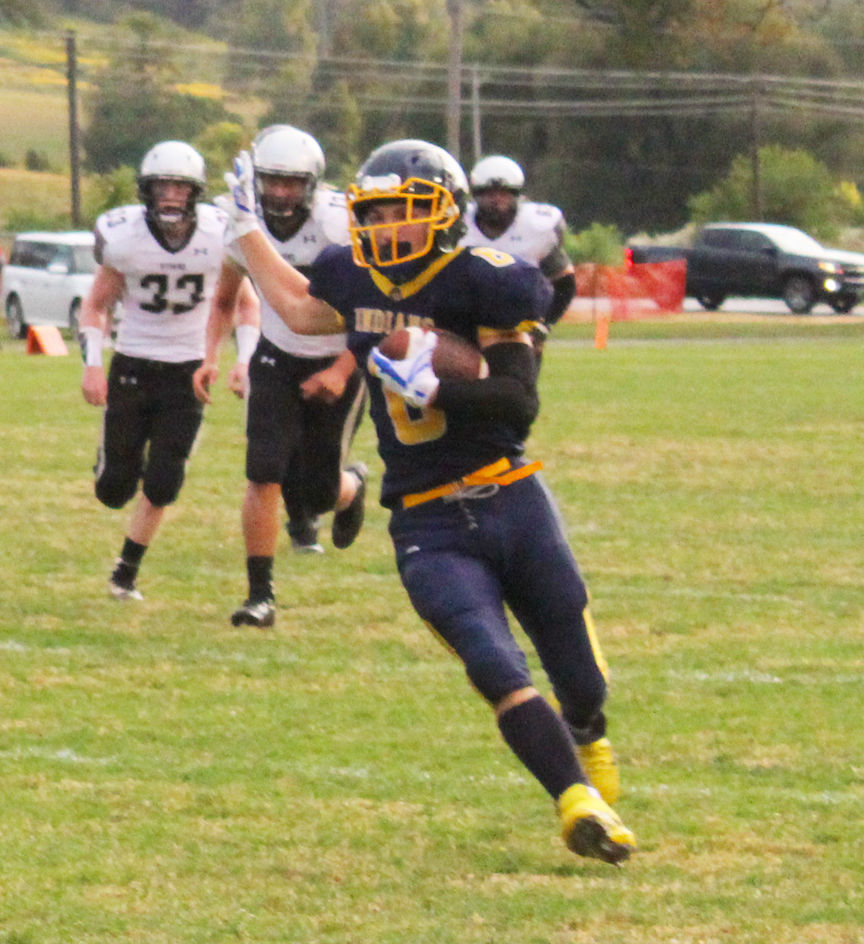 Kole Hurler makes the catch and shakes a defender in loss to Athens at home on Friday night. 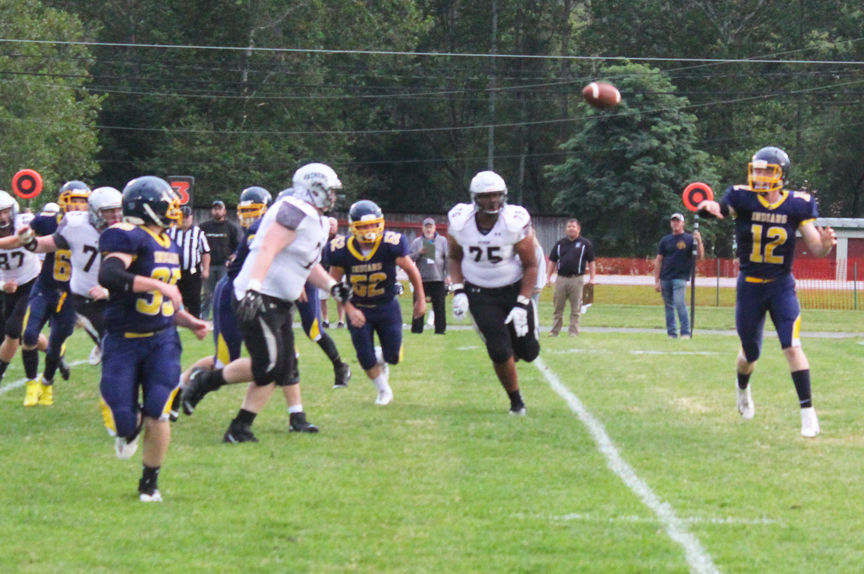 Seth Huyler completes the pass to Owen Fitzwater in the first quarter against Athens.

Kole Hurler makes the catch and shakes a defender in loss to Athens at home on Friday night.

Seth Huyler completes the pass to Owen Fitzwater in the first quarter against Athens.

WESTFIELD — The Cowanesque Indians dropped their third game of the season to the Wildcats at home. In a game where quarterback Seth Huyler threw for 274 yards and 3 touchdowns the Indians defense could not stop the high-powered rush attack of the Athens Wildcats.

From the opening kick off, Athens was determined to run the ball, and made it apparent when on the opening drive of the game, the Wildcats broke an 80-yard run to open up the scoring for both teams while only running 18 seconds off the clock.

On the Indians first drive, they took a different strategy than previous weeks, and came out throwing the football immediately, with Seth Huyler completing several passes until eventually capping off the drive with a touchdown pass to Kole Hurler, bringing the score to 7-6 with four minutes left in the first.

The Wildcats run game continued to roll through the Indians, striking fast on the very next drive with a long run that set up a six-yard touchdown on a drive that took less than a minute to orchestrate.

In the second quarter the Wildcats started to pull away, with another touchdown run in the opening minutes of the quarter bringing the score up to 21-6.

The Indians needed to close the gap before half time and drove down the field but were put into a fourth down situation where they needed to convert long yard situation. Owen Fitzwater laid out in an attempt to convert but came up just inches short, turning the ball over to the Wildcats on downs.Athens converted once again on the oppurtunity, and scored quickly on anotherAthens eventually scored on another rushing touchdown and brought their lead up to 28-6.

The Indians were faced with another must score possession in order to keep the game within reach, and began their drive with two big throws down the field to bring them into striking distance. With six minutes left on the clock, Huyler threw a back corner fade to receiver Hurler who pulled down an extremely difficult catch. The Indians converted on the two-point conversion to bring them within two touchdowns.

From that point on, Athens put their foot on the gas and never looked back. Athens ended up scoring another touchdown before the half, bringing the halftime score to 35-14 and then outscored the Indians 20-7 in the second half, bringing the final score 55-21 for the night.

Huyler had an extremely productive night, passed for 274 yards and three touchdowns; he also led the Indians in rushing with 88 yards on only 11 attempts. Another standout performer was Hurler, who caught six passes on the night for 118 yards and two touchdowns.