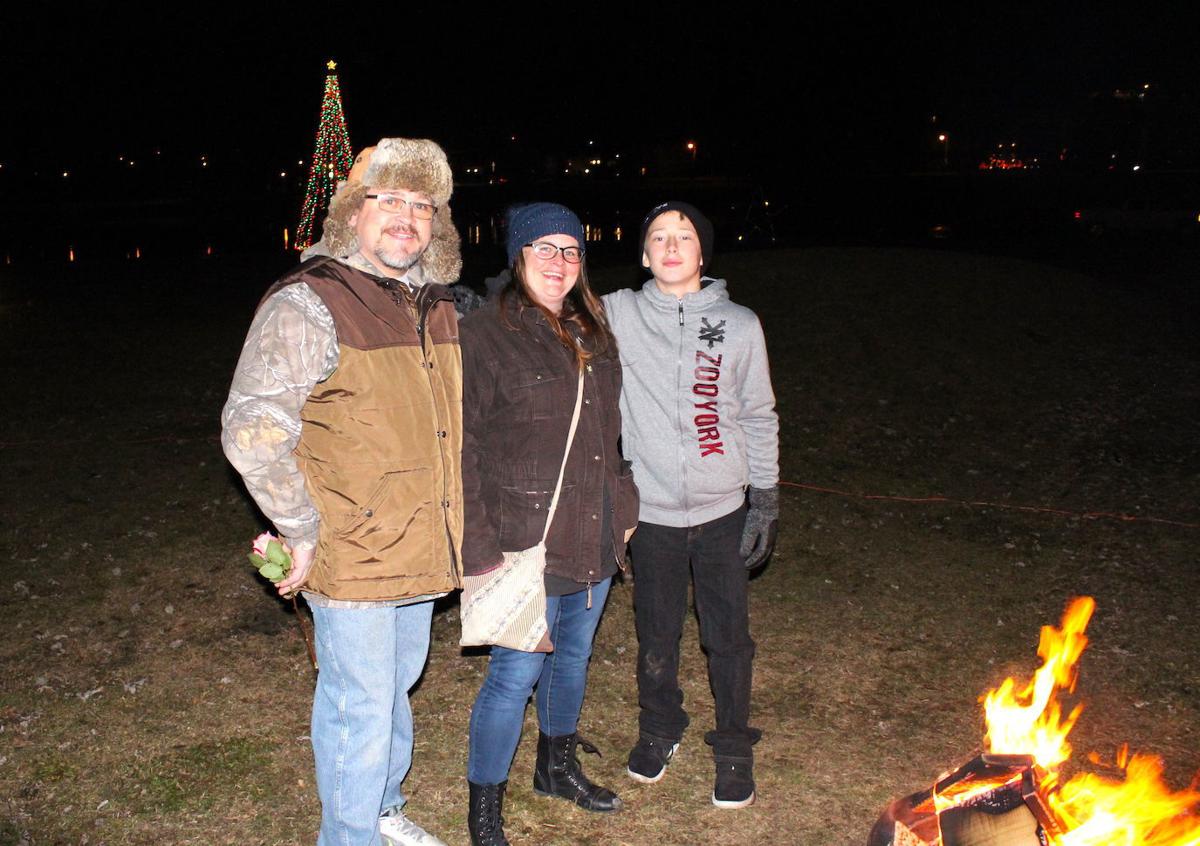 Scott Keaton, Erika Hauptman and Carson Keaton gather around the fire to keep warm during glow. 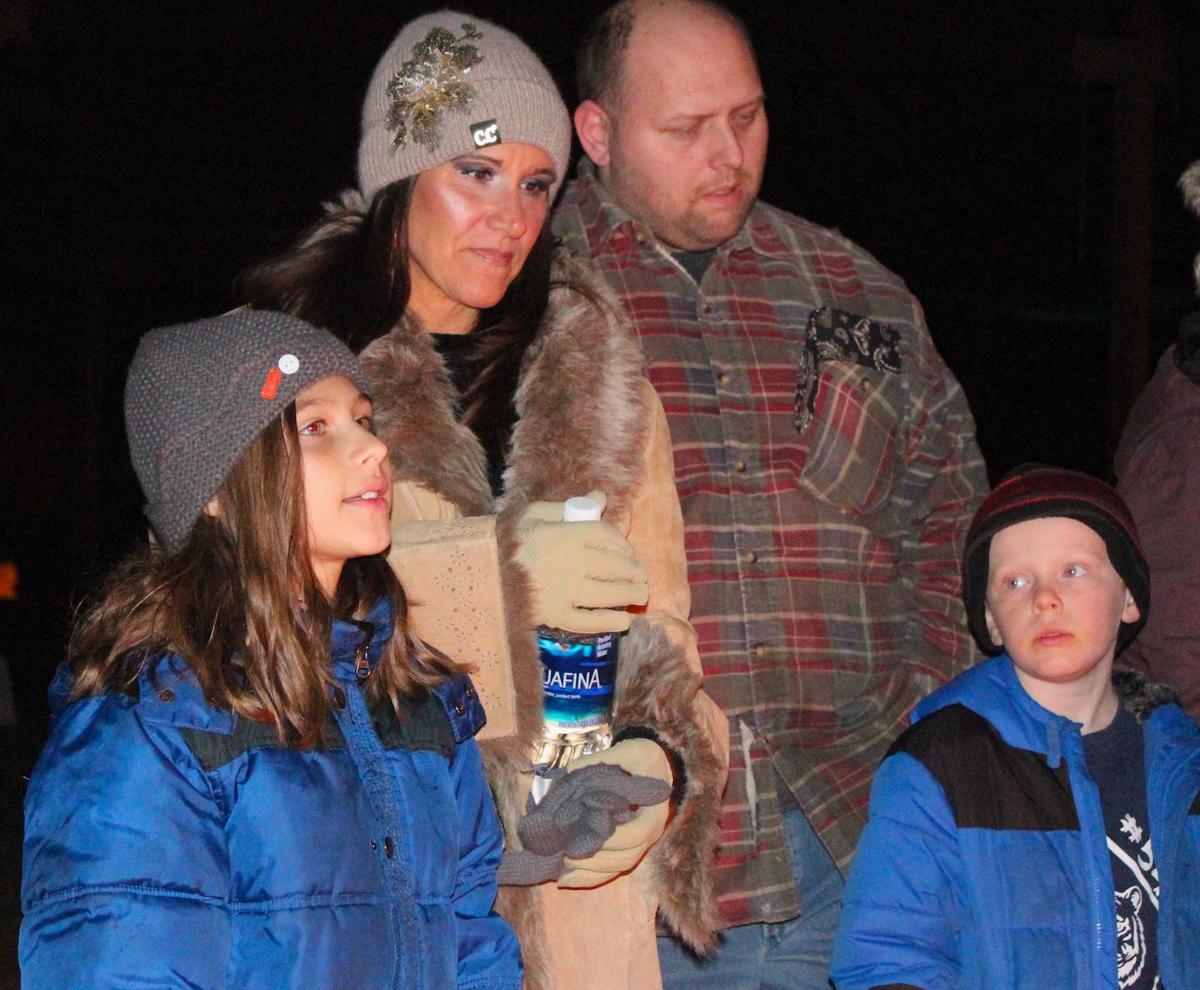 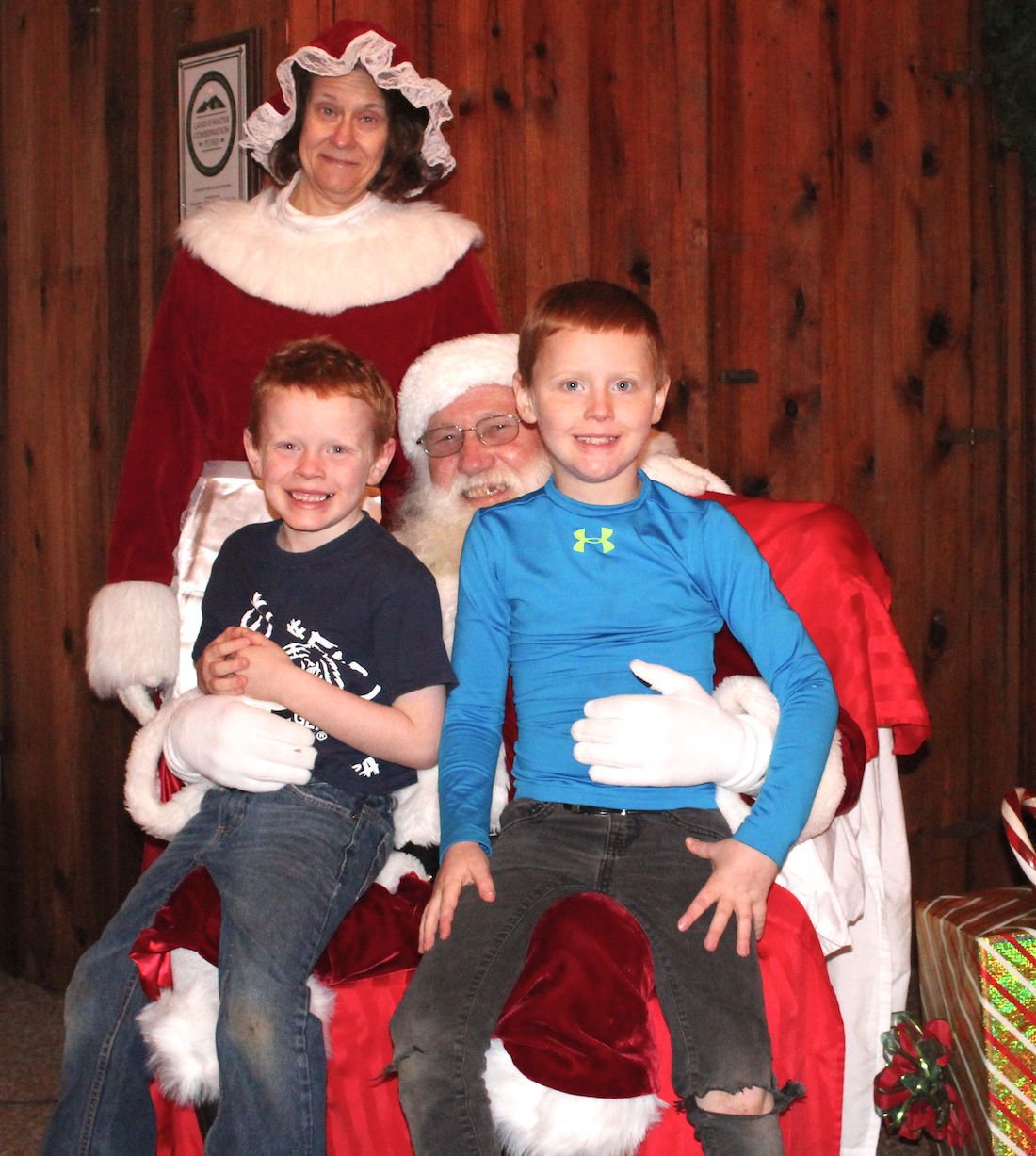 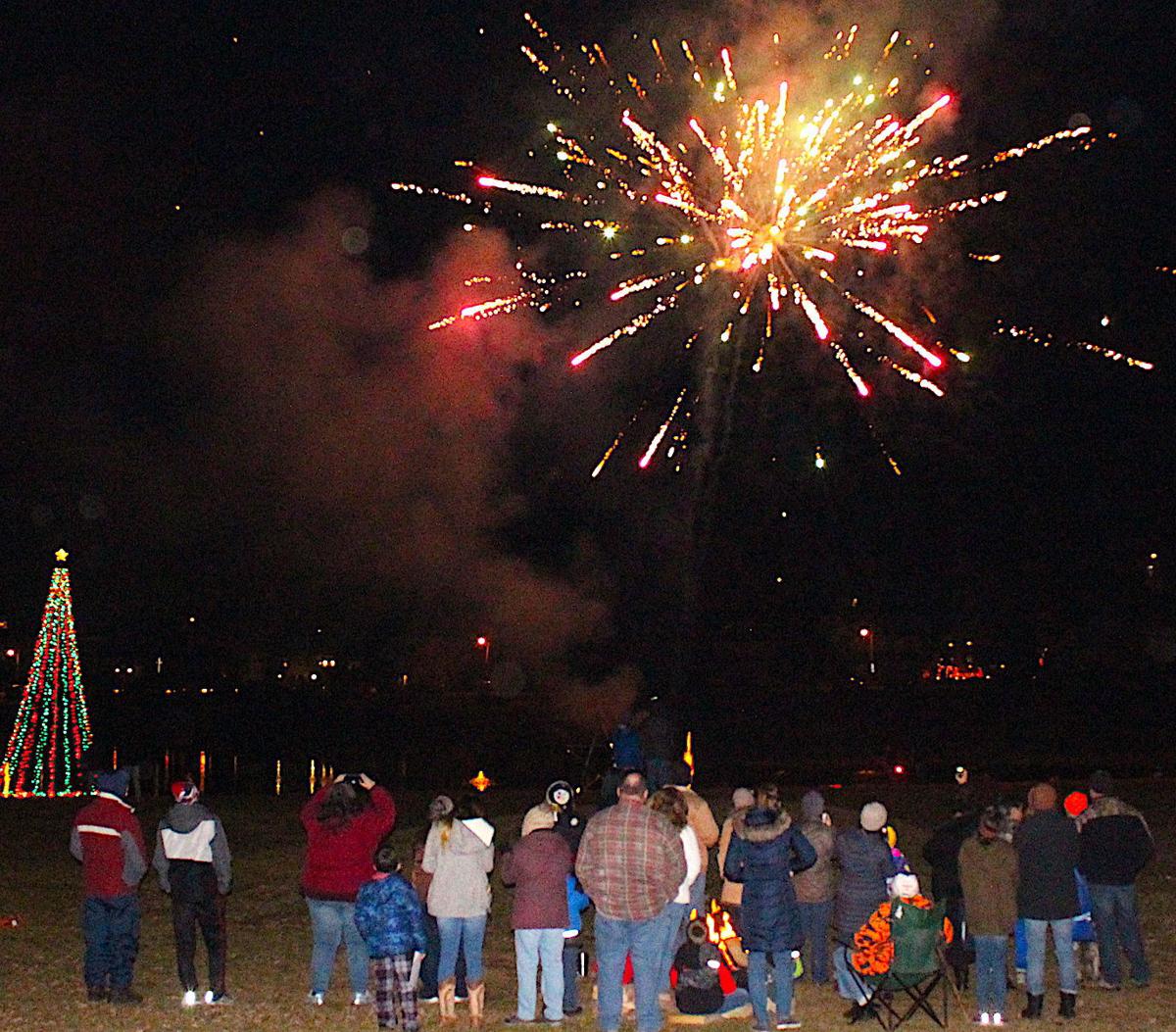 Fireworks over the water capped off the evening festivities at G.L.O.W. Saturday night.

Scott Keaton, Erika Hauptman and Carson Keaton gather around the fire to keep warm during glow.

Fireworks over the water capped off the evening festivities at G.L.O.W. Saturday night.

GALETON — Families and community residents gathered at Collins Memorial Park in Galeton Saturday evening for the annual Galeton Lights On the Water festivities. GLOW began in 2008 and has become a holiday season highlight for locals. The yearly event was part of Galeton’s Christmas in a Small Town, a campaign that encourages guests and locals to partake in small business Saturday by visiting the shops and restaurants in Galeton.

As the last light of day faded over the horizon and cold started to set in, guests made their way to the park where the evenings activities were just beginning. At the band house, children with parents and grandparents lined up to pay Santa and Mrs. Claus a visit. After visiting the band house, families had the opportunity to head over to the library for story time.

Under the pavilion guests could escape the chill with hot chocolate or coffee and chili. A couple of fire pits helped keep everyone toasty while they sipped their beverages. The refreshments as well as the fires were all donated by local businesses.

New this year was a mega Christmas light tree near the edge of the lake. Brad and Nancy Snyder from Snyder’s Family Campground in Galeton built the mega tree and were excited to turn it on to kick off the evening’s festivities.

“We love doing Christmas lights in the first place. When I turned it on tonight I heard little kids saying ‘Oh wow look at that!’ It brings joy to people and that is all we want,” Brad Snyder said.

More guests made their way to the park and, around 6 p.m., junior chamber member, Brayden Gail, started handing out packets of Christmas carols. Then, as everyone was gathered around the fires, Gail led the community in caroling. Numerous holiday classicss, including “Frosty the Snowman,” “The Twelve Days of Christmas” and “Silent Night” were sung.

The evening was capped off with a fireworks display courtesy of Andy Macensky and the Galeton Fireworks Committee. On Main Street, cars parked along the side of the road to watch the fireworks.

This was the first year that Candance Sturdevant, representative of the Galeton Chamber, helped organize GLOW. After a busy day, she said she was pleased and thought there was a good turnout.

“I think it creates a lot of civic and family pride. A lot of locals come in, even people from outside of town come just for the fireworks,” Sturdevant said.Next on the schedule is breakfast with Santa and Mrs. Claus at the Permastone Inn, east of Galeton, Dec. 14 at 10 a.m.

Cloudy skies early, then off and on rain showers overnight. Low 34F. Winds light and variable. Chance of rain 50%.

Rain showers in the morning becoming a steady light rain in the afternoon. High 42F. Winds NE at 5 to 10 mph. Chance of rain 80%.