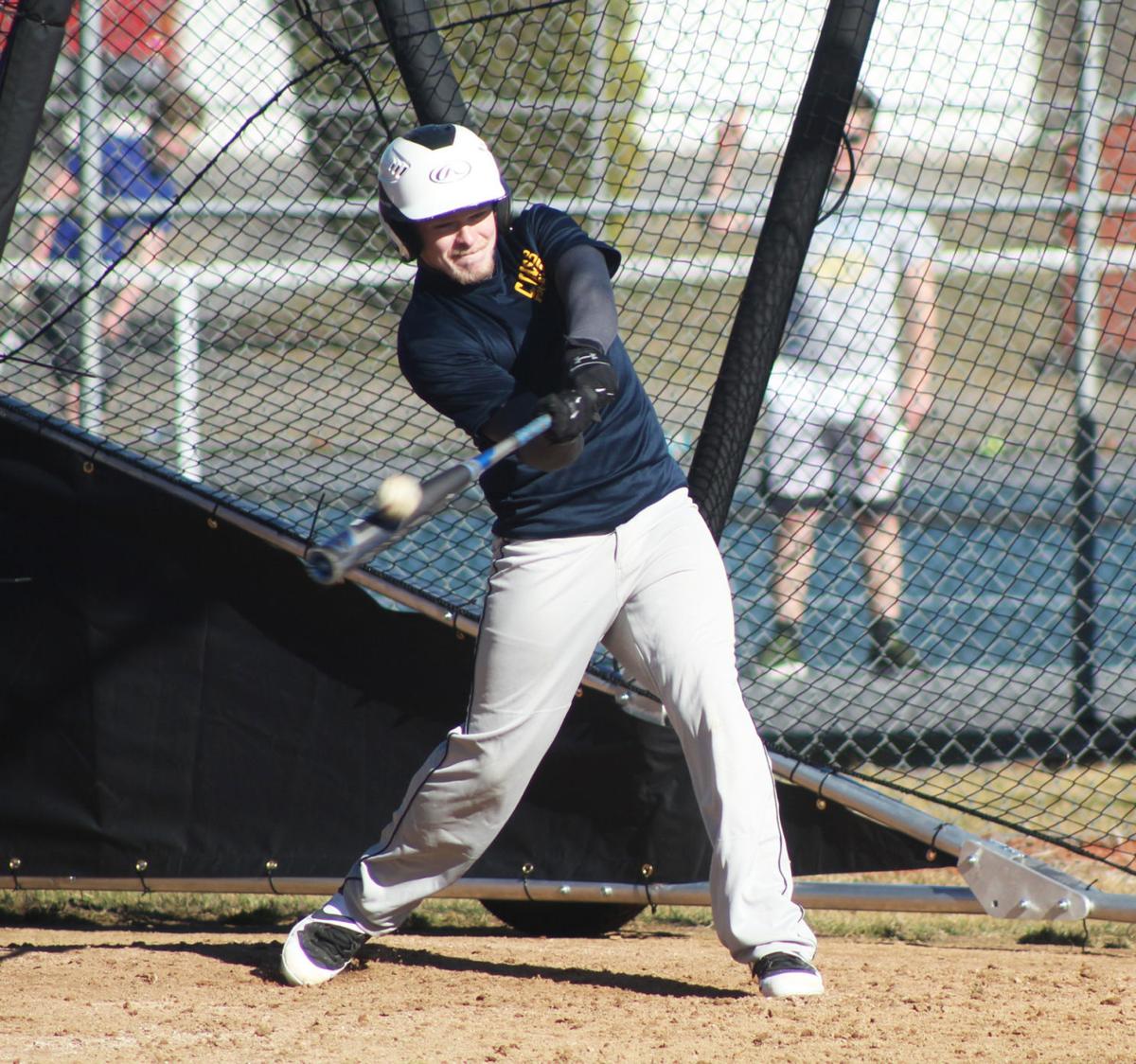 A Cowanesque Valley Indians player connects on a pitch during batting practice. 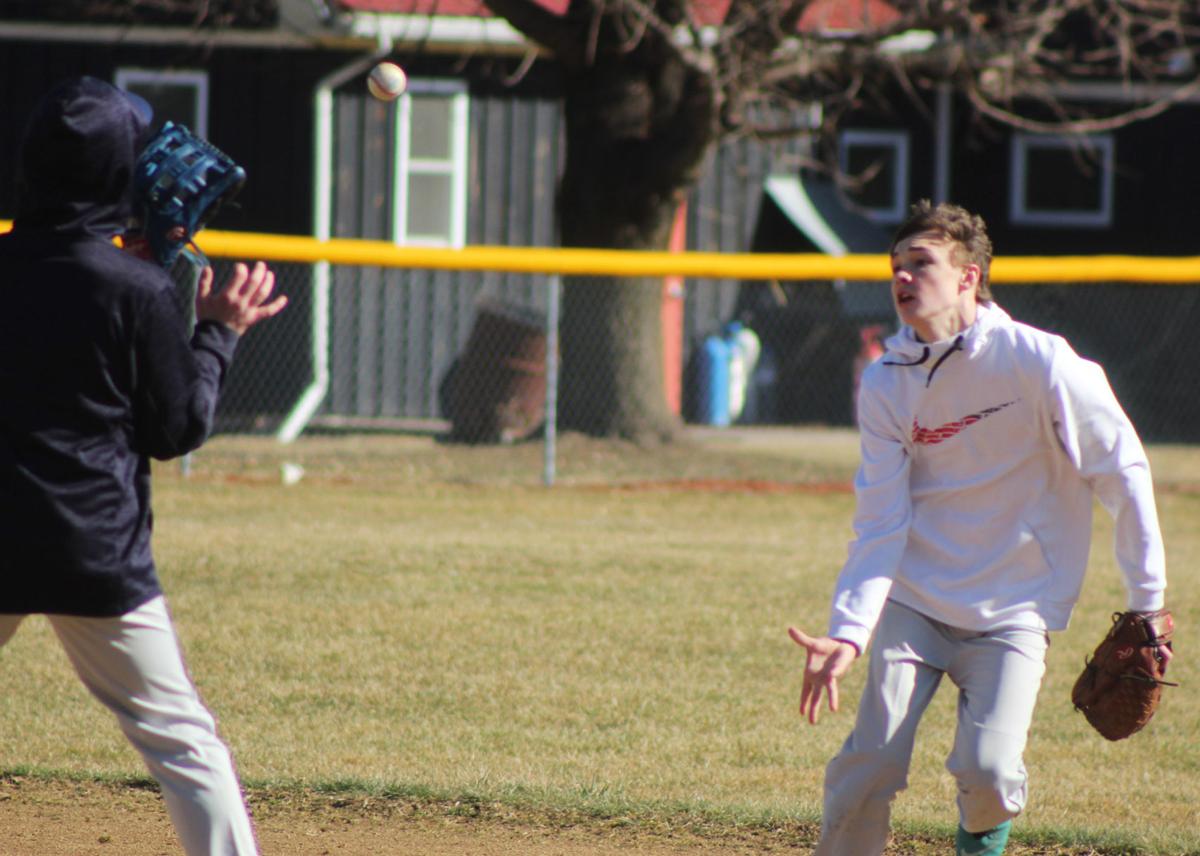 The Cowanesque Valley Indians baseball team attempts to turn a double-play during a preseason practice on Friday. March 13.

A Cowanesque Valley Indians player connects on a pitch during batting practice.

The Cowanesque Valley Indians baseball team attempts to turn a double-play during a preseason practice on Friday. March 13.

WESTFIELD — The Cowanesque Valley Indians baseball team are gearing up for the 2020 season, and with their lineup completely intact from the 2019 season and also with some new players on the team, the Indians will look to turn the corner this season.

The Indians open up their season with a new head coach in Jaime St. Peters who has worked as an assistant on the team in past seasons. The Indians return their entire roster, and also added a few older players who have been off the field for the past few seasons.

“I’m banking on Owen Fitzwater and Seth Huyler to be the true team leader,” coach St. Peters said. “They were also able to bring back a couple seniors to the program.”

Fitzwater has been a pillar for Cowanesque Valley sports all year long as a senior, and seems to be poised for yet another strong season heading into the 2020 baseball year.

Fitzwater batted a strong .328 last season with 20 hits, 12 RBIs, 18 runs scored and five steals on the year. He was also one of the best pitchers on not only the roster, but all of the NTL, with a 5-1 record, a 4.23 ERA and a jaw-dropping 60 strikeouts on the season.

Huyler has also been one of the staples of Indians sports, and after coming off a strong season on the basketball court, he will look to continue his impressive senior year of sports with another top-notch baseball season.

Huyler returns as the best hitter on the Indians squad and last season batting a team-high in four categories with a .445 batting average, 22 runs scored, 30 hits and 21 RBIs.

Huyler also is a known power-hitter for the Indians with a team-leading seven doubles, one triple and one home run last season.

“Huyler is capable of playing in Division 2 baseball hands down, possibly even better” coach St. Peters said, “He’s going to be the real deal.”

Huyler has put in an extensive amount of off-season work and continues to try and improve heading into his senior season.

“I’ve been in the batting cages a lot more, especially with travel ball,” Huyler said.

With the added numbers on the roster the Indians boast a much increased depth over the 2019 version of the team, and will need that if they hope to improve on their 8-12 record.The team mentality has been on full-display for the Indians and St. Peter hopes that with that energy, it will create a winning environment for a program that has struggled in past years.

“Every night when they get done they say ‘Family’ in their breakdown and as a coach I think that’s the true meaning because you’ll fight for your brothers,” St. Peters said. “And they are willing to fight for one another and it’s going to bring the meaning back to CV in terms of winning ways.”

“It really brings us closer together, everyone gets along pretty well so it’s kind of like a family,” Huyler said about the teams mantra this season.

When asked about expectations for the team this season, St. Peters put it on the players to show and prove, and said, “I’m going to leave it up to the players, whatever the players goals are I’ll do everything in my power to get their goals met. So the goals are definitely on their shoulders.”

After a cancellation of a scrimmage against Galeton, it was announced that all sports activities are to be suspended for at least two weeks ending on Monday, March 30.

The first game for the Indians is still up in the air, and as more information is available the certainty of the spring sports season will become more clear.

“It feels like the air was let of me,” St. Peters said moments after learning the news that the season was going to be pushed back at least two more weeks.

When asked what the postponement means for the team, Huyler said, “It’s kind of frustrating, especially with how hard we worked.”The Indians will hope to take the field after the postponement on Monday, March 30.