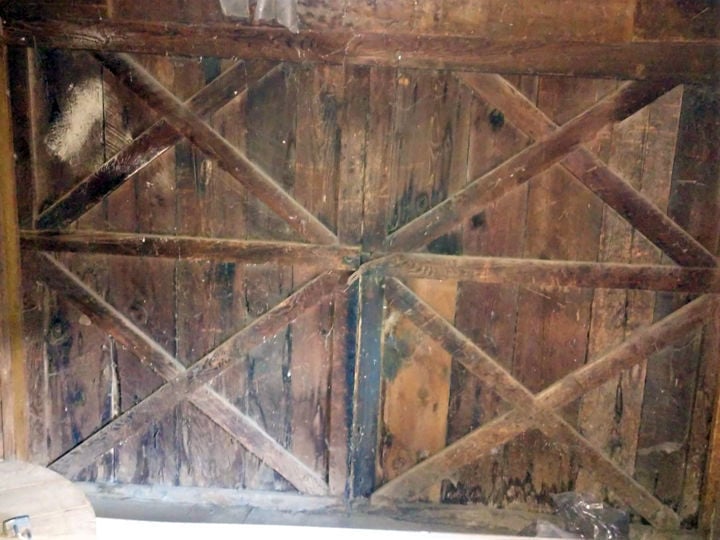 The garage doors at the Colonia Hotel are the same ones that were used during Prohibition in the 1920s. 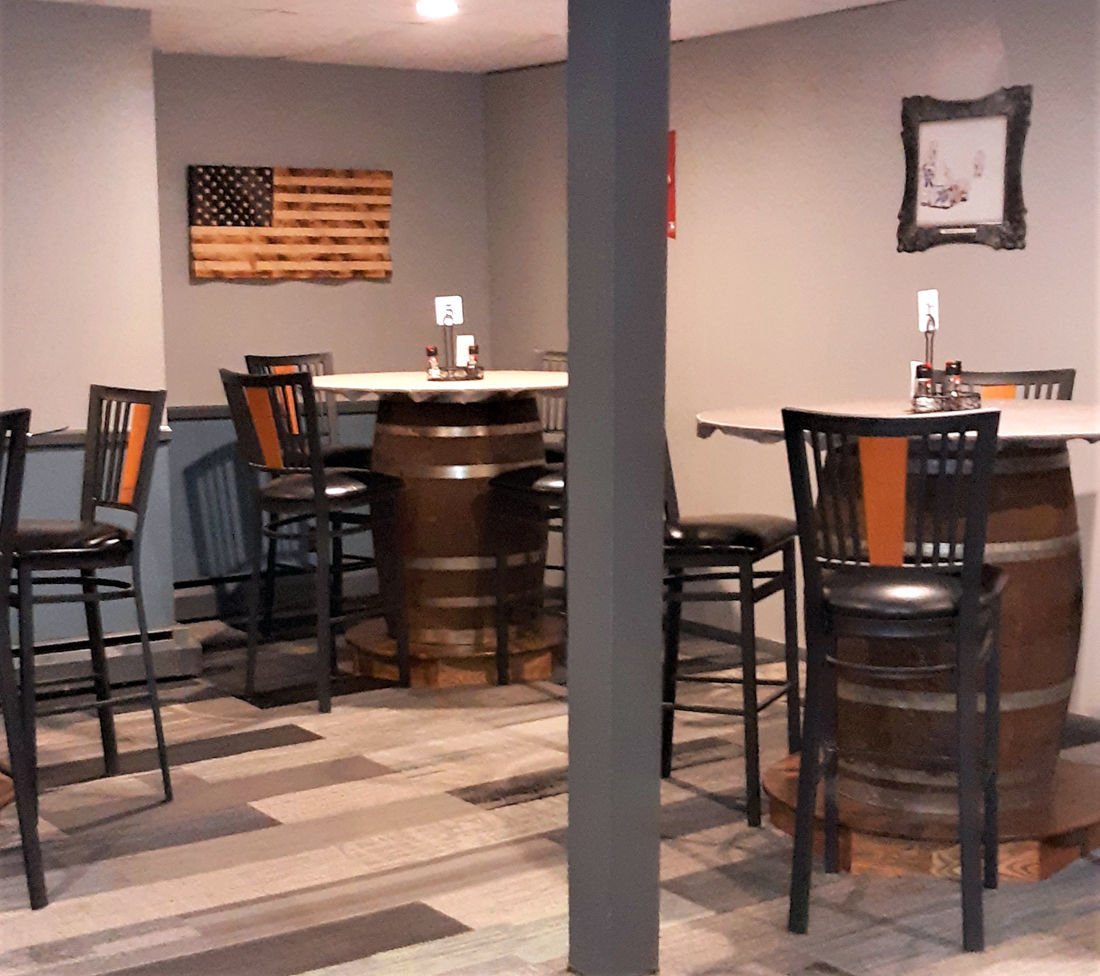 In a nod to its past, the Colonia Hotel tables are refurbished barrels. 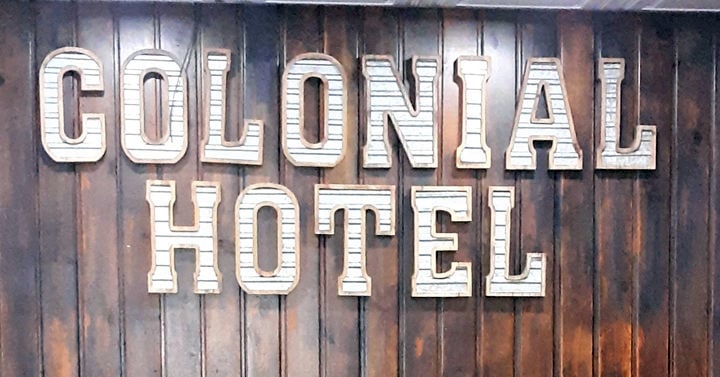 The Colonial Hotel in Westfield has a long and colorful history.

The garage doors at the Colonia Hotel are the same ones that were used during Prohibition in the 1920s.

In a nod to its past, the Colonia Hotel tables are refurbished barrels.

The Colonial Hotel in Westfield has a long and colorful history.

WESTFIELD — The Colonial Hotel on Main Street, Westfield has a history dating back to the 19th century.

In 1885 ground was broken for the American House; in 1887 it accepted its first guests. In later years the name was changed to the Colonial Hotel.

During Prohibition in the 1920s when they could not sell alcohol, it was a garage that repaired cars, oil changes, etc.

During their most recent remodeling project, owner Amanda Hughes said, “We found the old double doors of the garage, old oil cans, jumper cables, and many other items connected to the garage. Sadly, we had to cover them back up as we had to insulate the back wall, and we put our electrical service on the wall. Down the road, we will showcase some of the items we found.”

Approximately five years ago, Hughes purchased the hotel and her first project was to replace the sagging “falling down” balcony on the front of the building. It was a major project, removing the old one and erecting a balcony made out of a composite material that would not rot.

After being closed for six weeks which had originally been planned as two weeks, she has a new, spacious kitchen, supply area, some new equipment, a new and refurbished dining room in the back with high barrel tables and stools, a new dining area in the front that includes both tables and booths.

Hughes said, “I am still not sure why I wanted to own a restaurant as I had, through the years, been a waitress, a cook for other restaurants but there was something about this old hotel that intrigued me. Some days I wonder what was I thinking but most of the time things are great.”

Another thing that she is very proud of is her customers are repeat customers. It’s a family atmosphere where baby showers, wedding dinners, birthday parties are held.

Her feeling is, “This place was a bar, served little or no food. Now we are a family restaurant and we happen to serve alcohol, but not a lot, as good food is our priority.

“I am very lucky, as I have the original staff I hired when I took over,” she continued. “We are a family, and we take vacations together. The sad part of employees is, it is hard to find workers in this day and age that really want to work and that can deal with the pace of a very busy popular restaurant.”

Hughes is the chef and most of her time is spent at the grill, stove, etc. When she can, she loves to visit the dining areas to chat with her customers. She loves people but doesn’t want them to visit her in the kitchen, a sign on her kitchen door says, “Do not disturb the bear.”

Hughes doesn’t cook at home very often. On the days that she isn’t in the hotel kitchen, she travels to other restaurants to get out of cooking and cleaning.

Generally cloudy. A stray shower or thunderstorm is possible. High around 75F. Winds WNW at 5 to 10 mph.

Partly cloudy skies in the morning will give way to cloudy skies during the afternoon. A stray shower or thunderstorm is possible. High 78F. Winds NW at 5 to 10 mph.