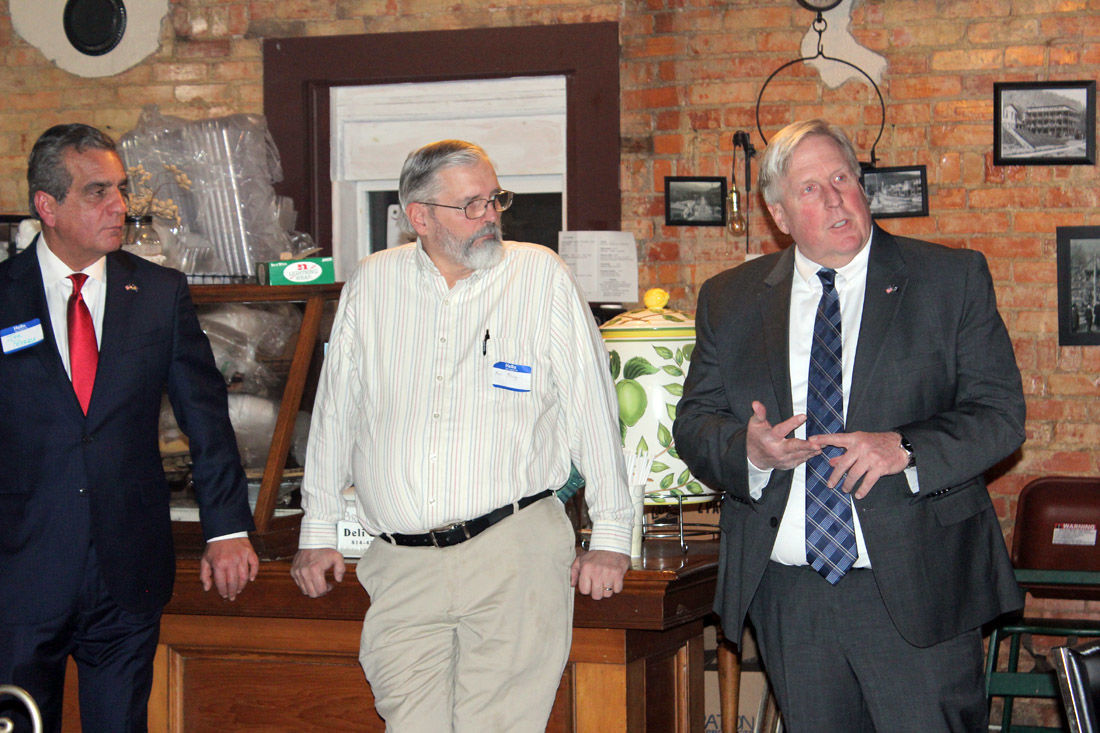 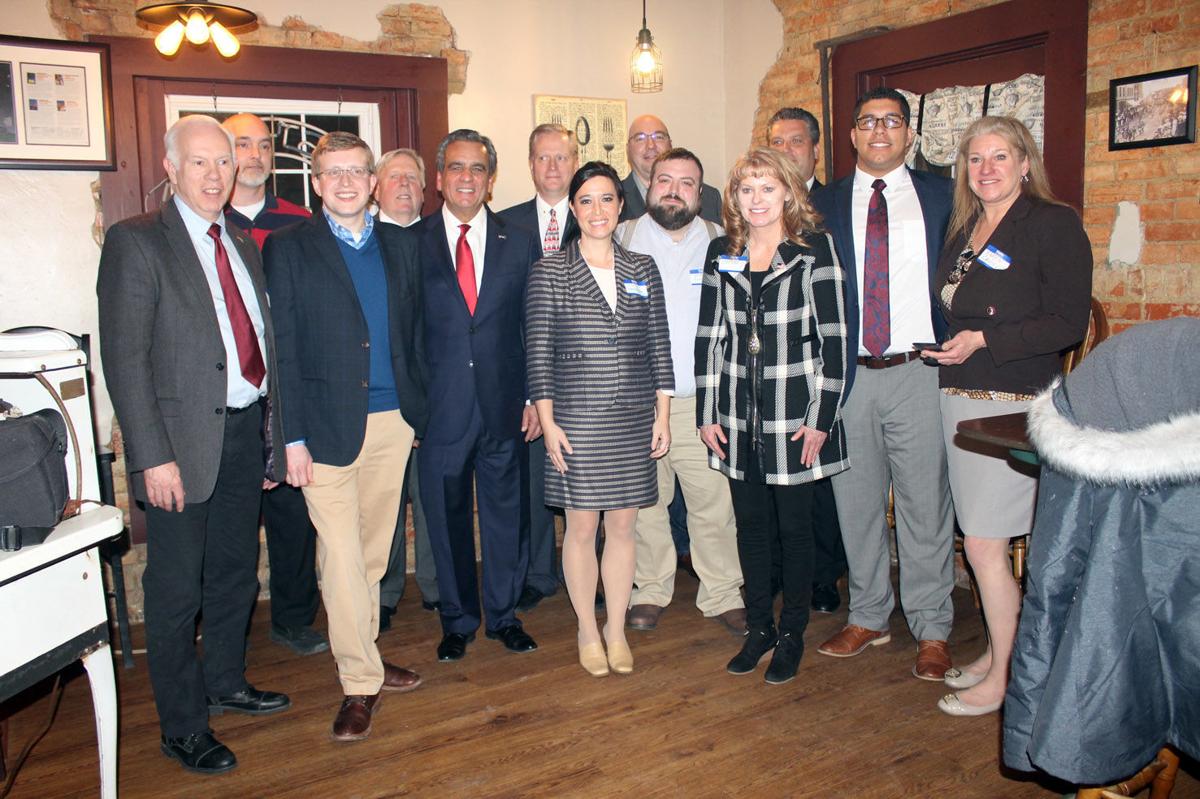 GALETON — A dozen Republican candidates met with delegates who will determine which one gains the party’s endorsement for the special election this Saturday.

Karen Cahilly, chairman of the Potter County Republicans, organized an event to bring the candidates to The Brick House in Galeton Feb. 21. There, they were met by conferees and alternates from Potter and Tioga counties who will be voting in Williamsport this Saturday, March 2, to decide who the party will nominate for the special election for the 12th Congressional District.

Congressman Tom Marino resigned Jan. 23, just days into his fifth term. On May 21 as part of the Municipal Primary, voters will choose who will fill the remainder of Marino’s term.

During the 90 minutes, candidates presented two reasons why he/she is the best candidates, three bullet points about the campaign and answered questions from the conferees.

“Each candidate brings something unique to the table,” said Zigmund Reichenbach of Roulette. “But there are a few, thus far, who stand out above the rest.”

He continued, “With the amount of talent in this race, each and every phone call, question answered and personal connection a candidate makes with a conferee will be crucial to securing a victory.”

Here are some of the points presented by candidates:

Chris Hoffman: Pointed to his small business experience as a first generation farmer, vice president of the Pennsylvania Farm Bureau and on the Penn State University board. Bullet points: American dream, good economy, trade. He would not limit his term because he wants to be Speaker of the House, which will require time.

Stacy Garrity: Has leadership experience in both the military and business. Bullet points: Jobs, defense, strong border. She would abide by term limits.

Robert Noer: Said he is able to communicate with younger people and is able to reach minorities, single women to grow the party. Bullet points: liberty, return to Constitutional principles, give regular people a voice. He would limit any term in office.

Fred Keller: Has 20 years experience in the lumber business and is a state representative. Bullet points: people define policies, economic status, infrastructure. He would limit his terms in office.

Joseph Moralez: The 26-year-old said he does not represent the typical image of Republicans. He wants to hold quarterly meetings with county party chairs to discuss concerns and issues. Bullet points: Economy, immigration, agriculture. He supports term limits, five for the House and three for the Senate, and would not take a salary, only travel experiences.

Malcolm Derk: Has 16 years of experience in local government and would take his experience with innovation to the federal level. Bullet points: responsible to constituent leadership, higher education, infrastructure improvements. He would limit his terms.

Kevin Ferrara: Is not a politician but has 20 years experience in the Air Force and law enforcement. He believes leaders must be rotated, as they are in the military, every few years. Bullet points: national security, support Constitution, restore American values. He would limit his terms.

Joe Peters: Said he has credentials as a state policeman, police chief and prosecutor. He would make an impact and, having been labeled a “modern-day Untouchable,” would make constituents proud. Bullet points: impactful, respectful, untouchable. He would limit his terms.

Jessica Hosley: An educator, she would bring youth into the party by giving them a cause, something they can support. Bullet points: infrastructure, agriculture, education. She supports term limits..

Dr. Davis Haire: The optometrist would reinforce the president’s agenda, would not take a taxpayer pension and can debunk each fallacy of health care act. Haire pointed to his experience building the local party and its visibility. Bullet points: support the president, drain the swamp, serve constituents. He would limit his terms in office.

Do you believe addiction is a disease?

Snow this evening will give way to lingering snow showers late. Low 32F. Winds NNE at 5 to 10 mph. Chance of snow 100%. Snowfall around one inch.

Snow this evening will give way to lingering snow showers late. Low 32F. Winds NNE at 5 to 10 mph. Chance of snow 100%. Snowfall around one inch.