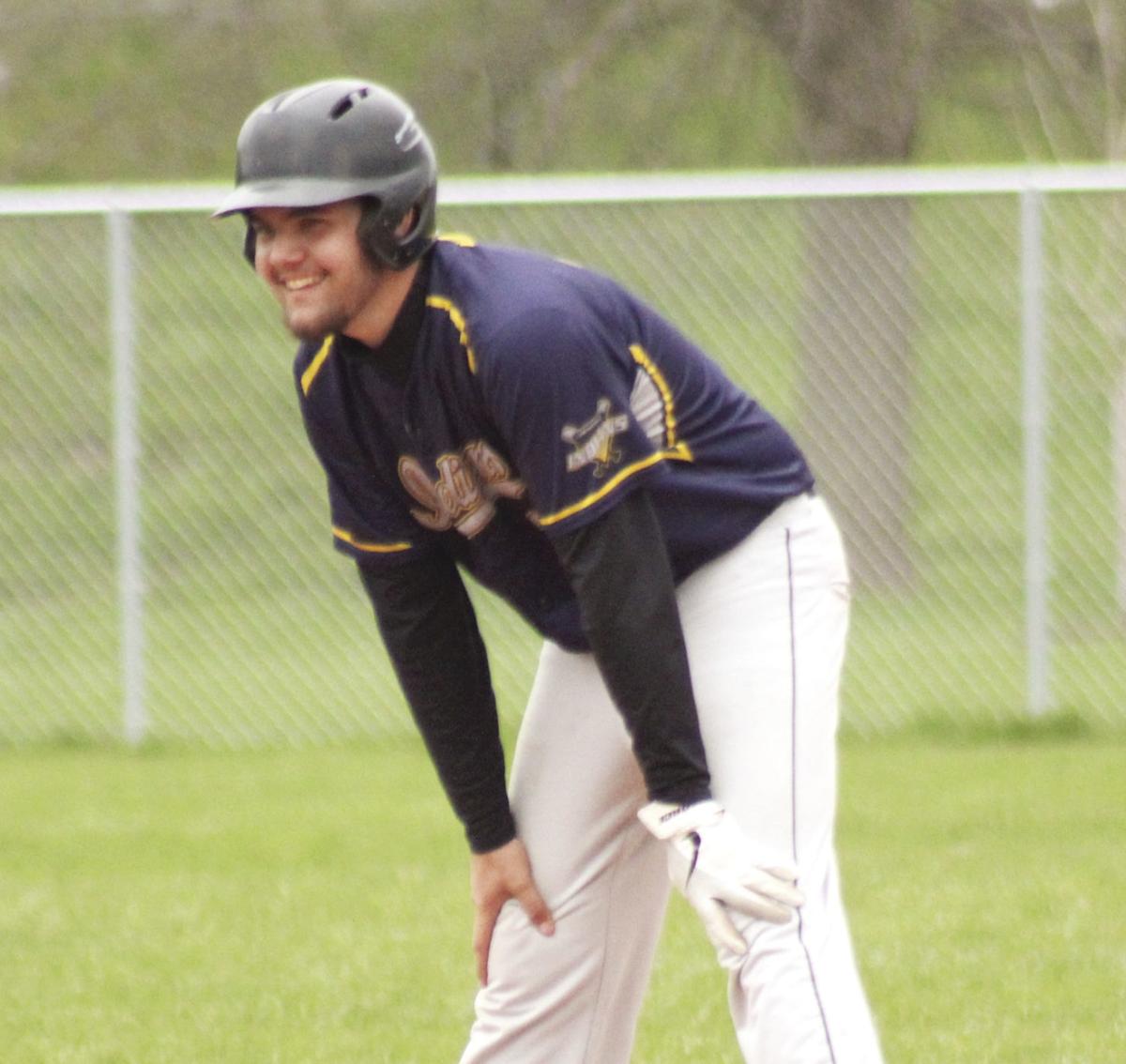 Caleb Nunn is all smiles after hitting a double off the left field fence against North Penn-Mansfield. 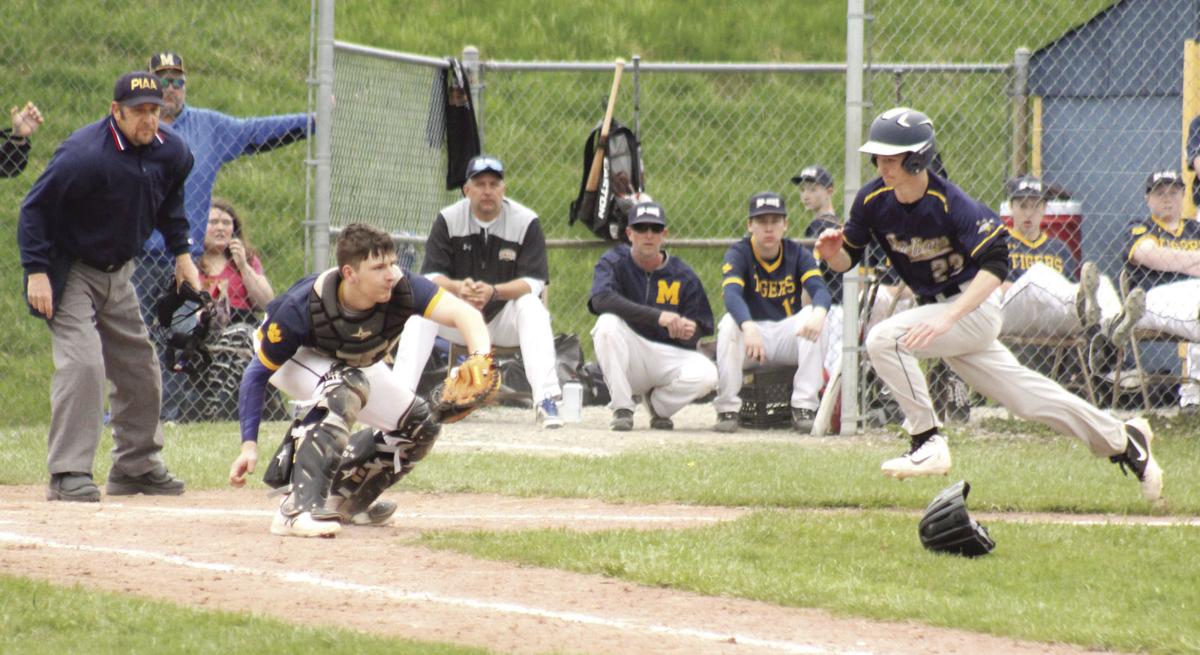 Ben Cooper charges home. Cooper would score on this play in the Indians big fourth inning.

Caleb Nunn is all smiles after hitting a double off the left field fence against North Penn-Mansfield.

Ben Cooper charges home. Cooper would score on this play in the Indians big fourth inning.

Last week started with a high scoring loss to Sayre on Tuesday. After the Redskins scored 16 runs though the first five innings, the Indians rallied back in the last three innings scoring 11 runs but falling short in the end 16-14.

Christian Kemp and Owen Fitzwater led the team with three hits apiece. Kemp drove in four runs while Fitzwater was responsible for three.

The next night the Indians hosted Port Allegany. Through four innings of play the teams were deadlocked at 0-0.

The Gators broke the stalemate in the fifth inning with three runs against Kurtis Easton. Easton was able to get out of the inning without sustaining any more damage and went on to close out the game pitching two more scoreless innings.

The Indians answered in their next at bat and scored two runs. Cowanesque Valley would fail to score in either of their last two trips to the plate resulting in a 3-2 loss.

In their third straight day with a game, Cowanesque Valley traveled to Mansfield where they met the 3-6 Tigers.

Fitzwater took the mound for the Indians and allowed just two runs in five innings work.

The Indians got on the board in the third inning as Kade Sottolano benefitted from an error by the left fielder that resulted in two runs crossing the plate.

Leading 2-0 the fourth inning was when the Indians ran away with the game. The Indians batted through the lineup and scored 11 runs. The inning got off to a strong start when Caleb Nunn, with a runner on first, smashed the ball half-way up the left field fence. The ball was just a few inches away from being a home run. As it was, Nunn stood beaming on second. Nunn and Ben Cooper both scored twice in the dominant fourth inning.

The Indians allowed two runs in the bottom of the fourth but cruised through the fifth for a 12-run victory via the mercy rule.

The win was tied for the Indians second highest scoring game this season and their third overall win.

Leading the charge at the plate was Tucker St. Peter with four hits, two RBIs and two runs.

Nunn was close behind St. Peter with three hits and two RBIs. The win over the Tigers marked the junior’s best game at the plate this season.

Easton finished the night with three RBIs on two hits. Easton leads the team in batting average, batting .526 so far this season and amassing 20 hits.

Fitzwater had a strong night hitting going 3-for-4 and scoring once.

Sottolano and Kemp each finished the win with two hits.

After a rough start to the season, the Indians are now 3-5 in the league.

Rain and snow in the morning. A shower or two in the afternoon - otherwise, mostly cloudy. High 41F. Winds SSW at 15 to 25 mph. Chance of rain 70%. Snow accumulating 1 to 3 inches.