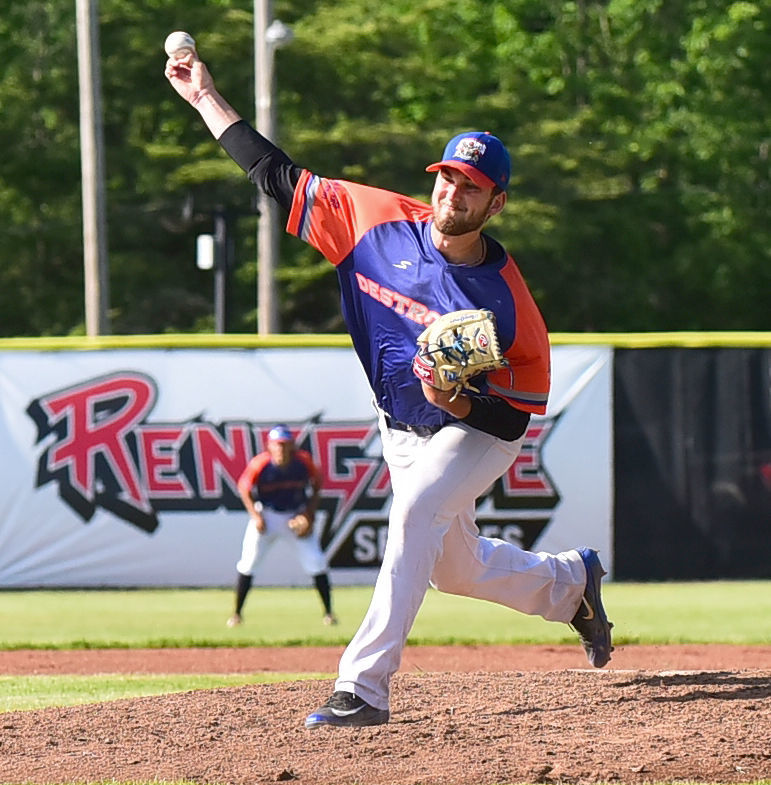 In his second outing against the Hornell Dodgers Kyle Music allowed four runs and earned his first loss of the season. 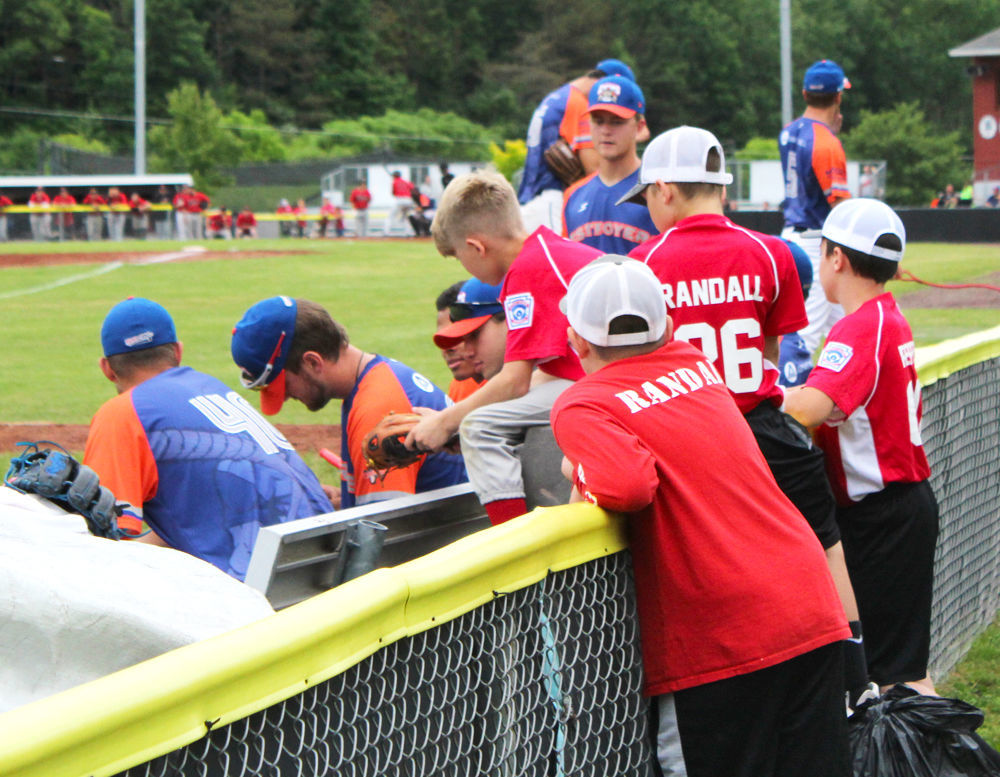 The Destroyers bullpen was the place to be during Monday’s home game against Olean. 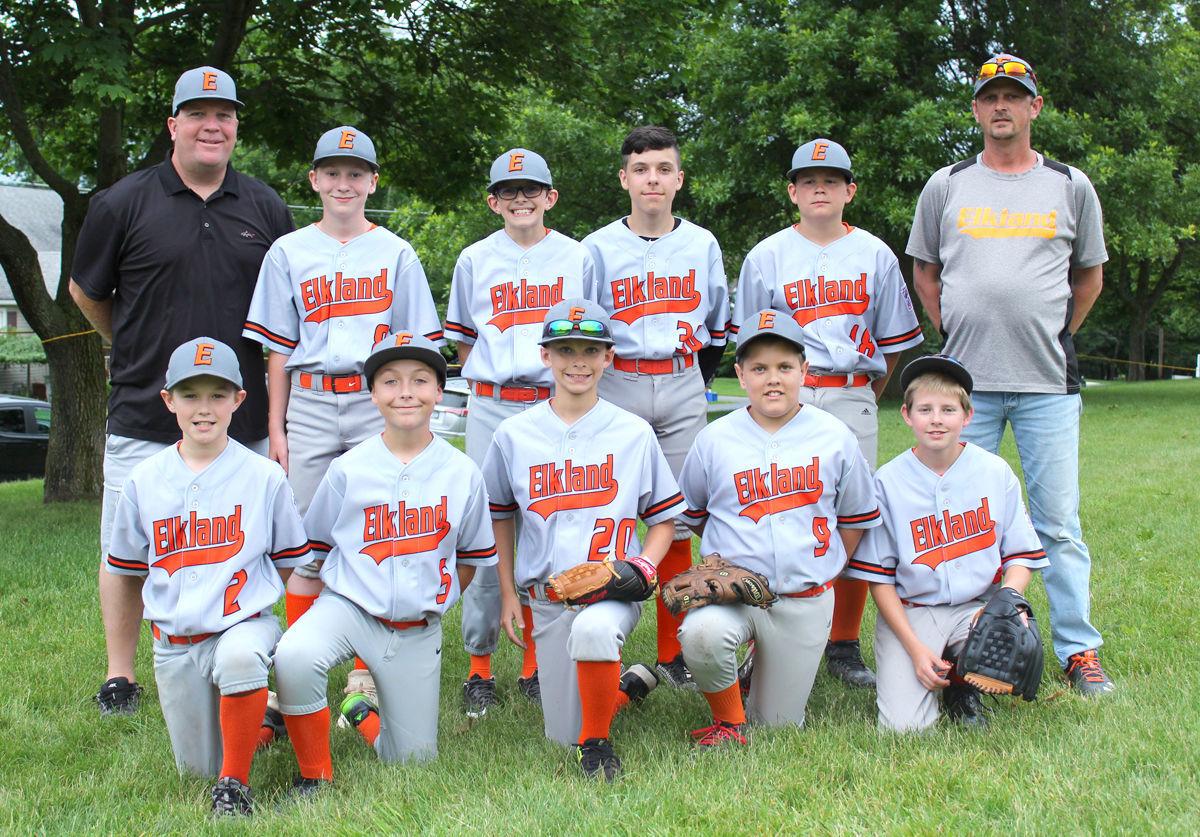 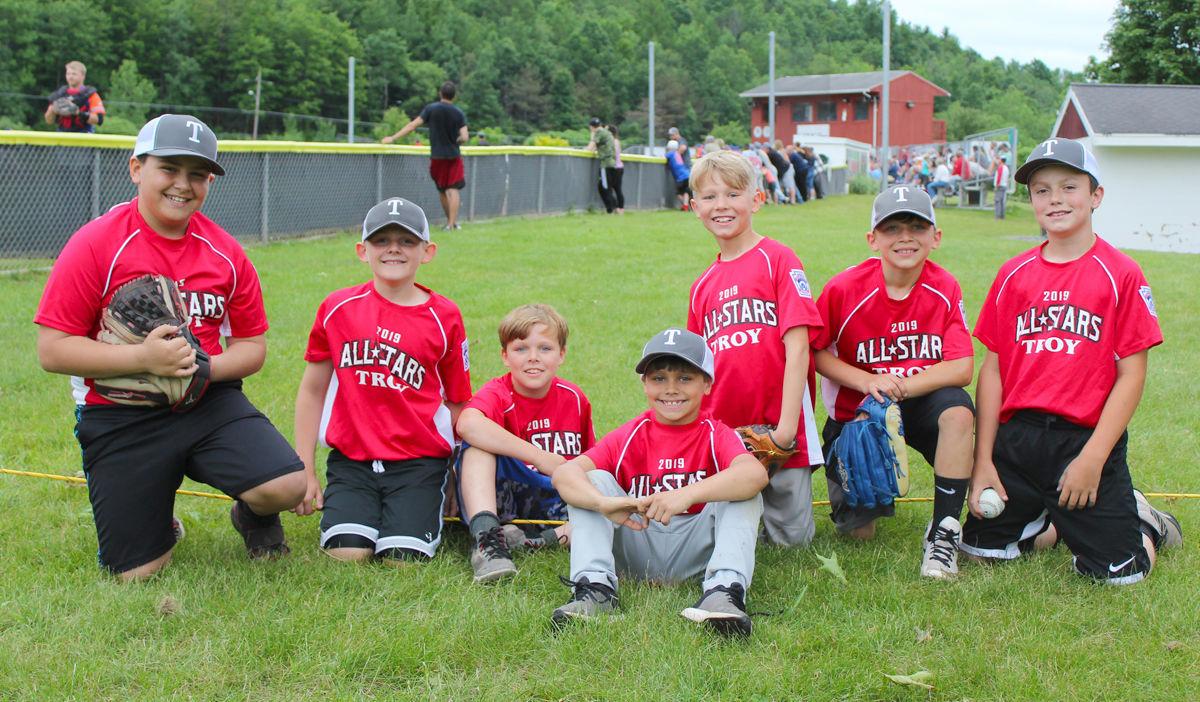 The Troy Little League All-Star team was all smiles Monday night at the Destroyers’ home game.

In his second outing against the Hornell Dodgers Kyle Music allowed four runs and earned his first loss of the season.

The Destroyers bullpen was the place to be during Monday’s home game against Olean.

The Troy Little League All-Star team was all smiles Monday night at the Destroyers’ home game.

In the second half of a double header against the Rome Generals, the Destroyers put up five runs to secure a 5-4 victory at home. Eric Feliz led the Destroyers with three hits including a double.

Blake Murray was responsible for two RBIs in the win as he went 1-for-3 at the plate.

On the mound, Brandon Quigley allowed four hits and two earned runs in six innings work. Quigley recorded six strikeouts in the win to bring his season total to 11 in three outings.

Connor Hong came on in relief and earned the win after the Destroyers broke a 4-4 tie in the seventh.

Against the first-place Hornell Dodgers Wednesday, June 12, at home, the Destroyers fell behind early. Kyle Music started on the mound for the Destroyers and allowed four earned runs in four innings.

The Dodgers continued to produce on offense with two runs in the sixth to pull ahead 6-0. Andrew Littlefield held the Destroyers scoreless through six innings on the mound for the Dodgers. The Destroyers offense was finally able to get on the scoreboard after Littlefield was relieved by Austin Berglund in the seventh. Although Mansfield was able to score four runs in the final three innings, the Destroyers were not able to overcome the early deficit and fell 7-4.

Thursday, against the Olean Oilers, the Destroyers conceded 11 runs and lost their fifth game of the season.

In the first half of Friday’s double-header against Niagara, the Destroyers jumped ahead with three runs in the first inning and looked poised to end their losing streak. But, a late game surge from Niagara Power, put the visitors ahead in the sixth by three runs. Niagara held the lead through the seventh inning to hand Mansfield their sixth loss of the season.

The Destroyers got their revenge in the second half of the double-header. With A.J. Gartland starting on the mound for Mansfield, the Destroyers held Niagara to just one run.

Feliz and Devan Nail each crossed the plate once for the Destroyers, helping Mansfield earn their fifth win of the season, 2-1.

Saturday, the Destroyers traveled to Niagara for their third game in two days against the Power. Tied 2-2 going into the eighth inning, Mansfield erupted for six runs in the eighth which sealed their sixth win of the season.

Following the second week of play, the Destroyers were third in the Western division of the NYCBL behind the Hornell Dodgers and the Genesee Rapids.

Showers this evening, becoming a steady rain overnight. Low 49F. Winds WSW at 5 to 10 mph. Chance of rain 70%. Rainfall near a quarter of an inch.