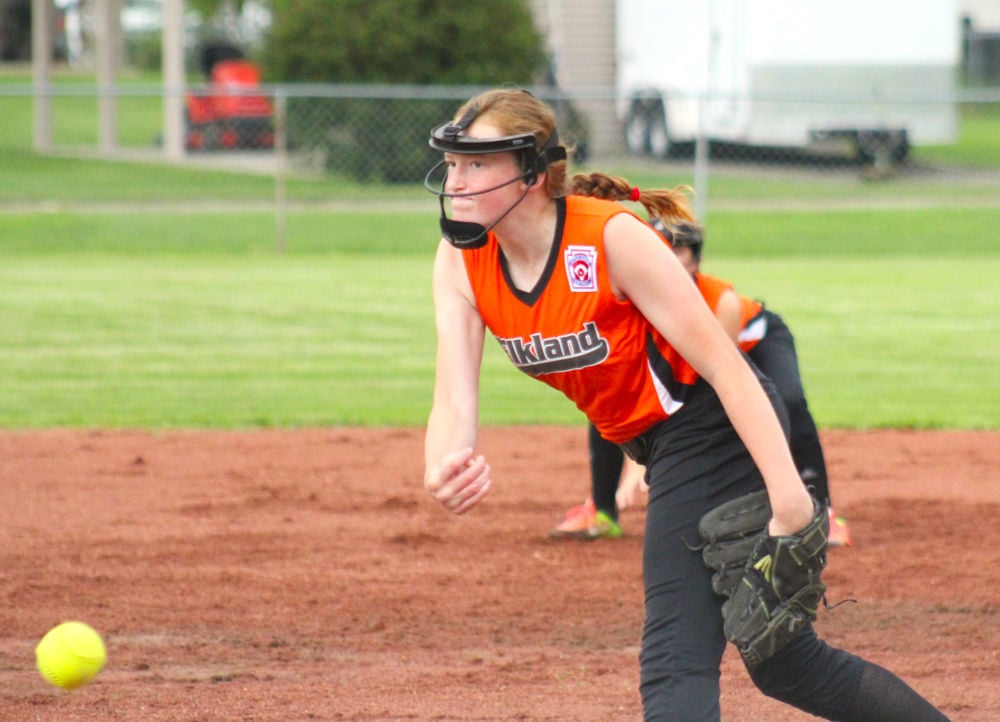 Ruby Sherman struck out a combined total of 27 batters in the first two games of the District 15 All-Star tournament. 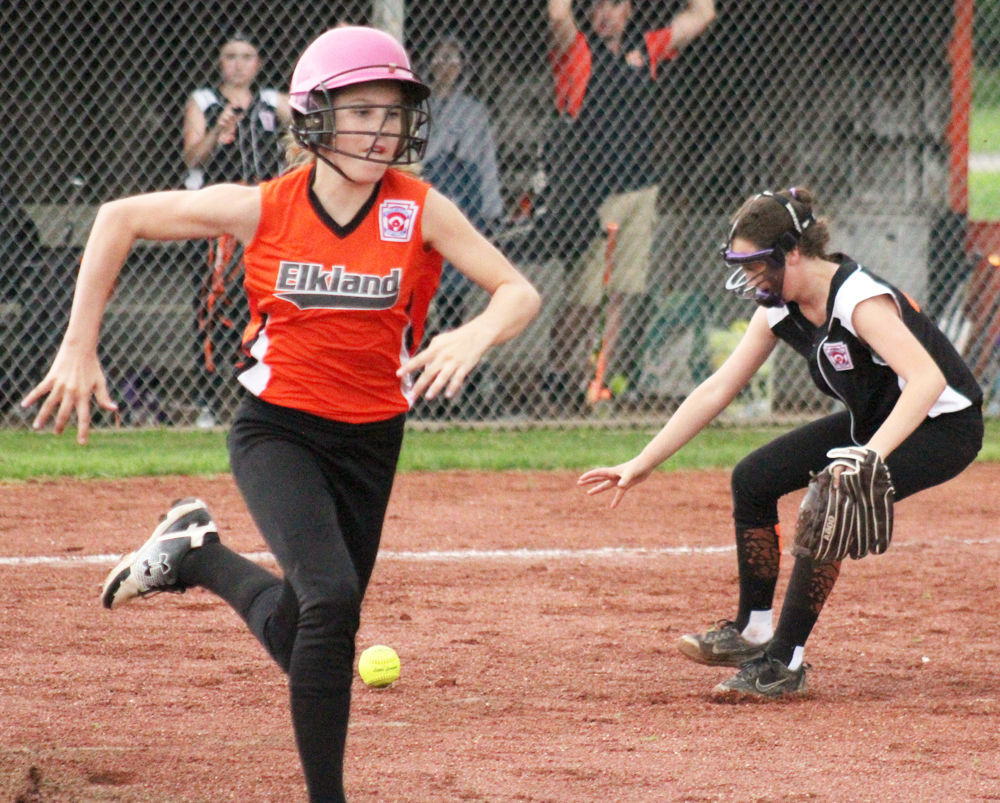 Ella Churchill hustles to first for a bunt single in Elkland’s win against Tunkhannock. 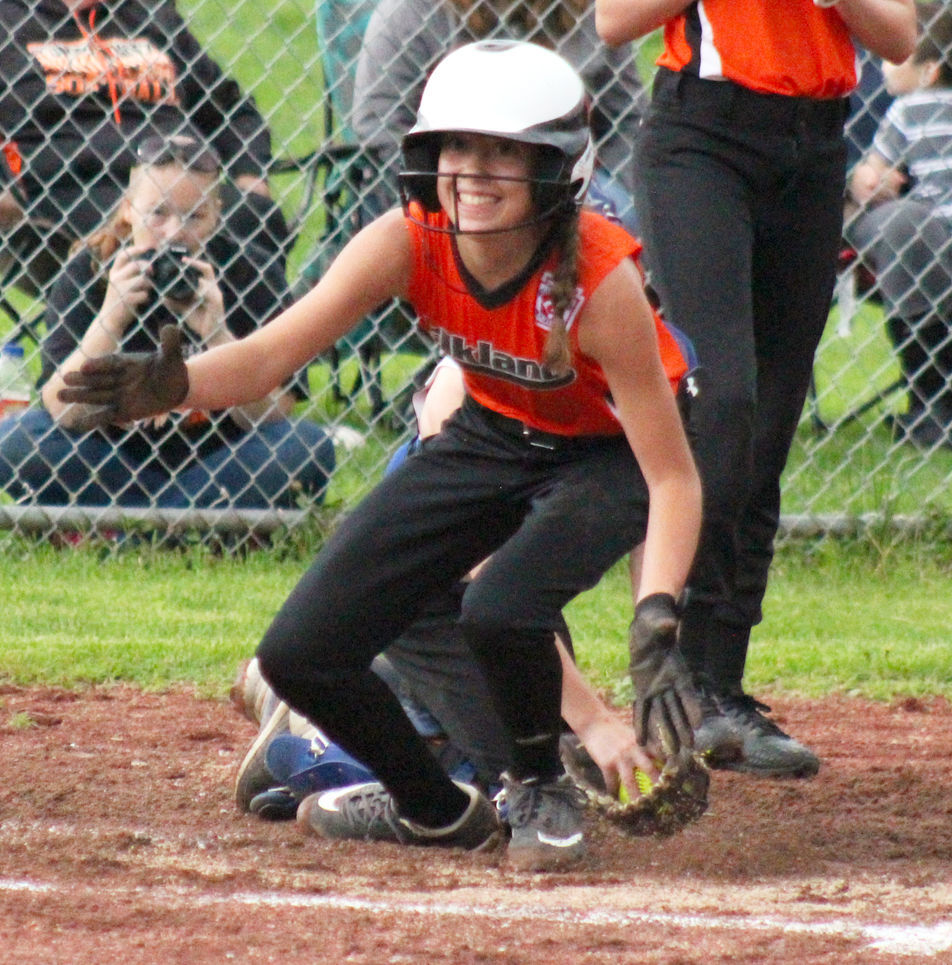 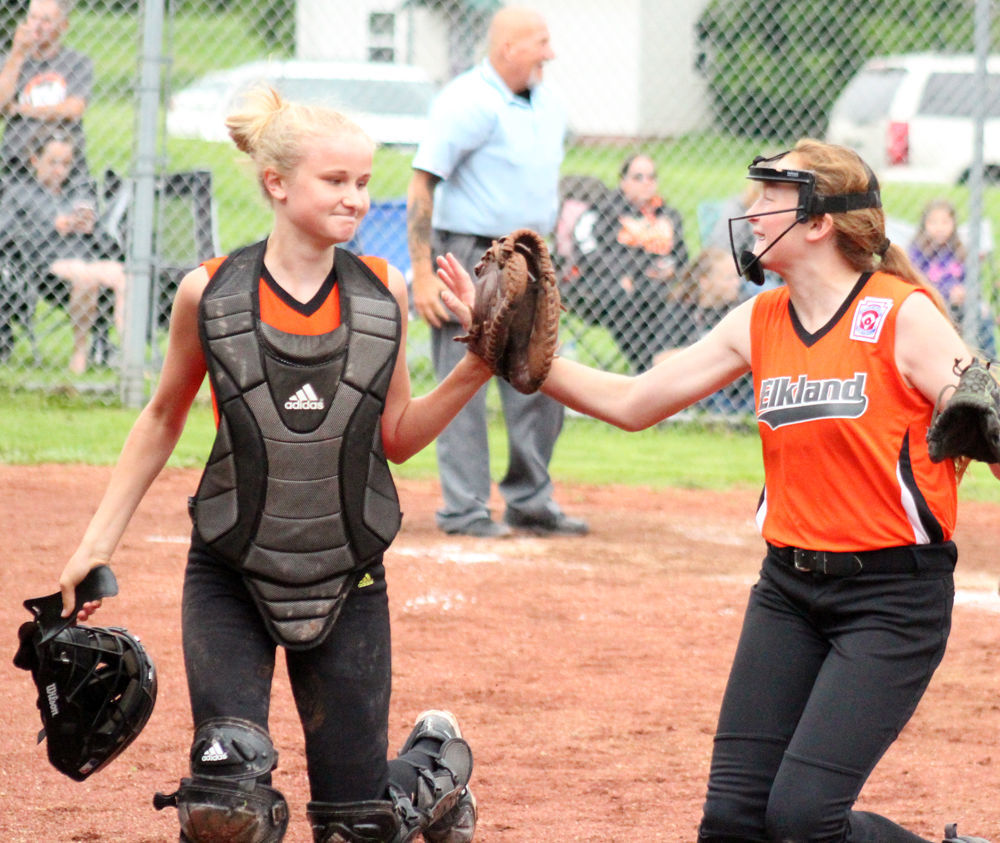 Ruby Sherman struck out a combined total of 27 batters in the first two games of the District 15 All-Star tournament.

Ella Churchill hustles to first for a bunt single in Elkland’s win against Tunkhannock.

The Elkland Little League Softball All-Star team earned a win in their first game of the District 15 All-Star tournament Thursday, June 20 against Tunkhannock.

With Ruby Sherman on the mound, Elkland held Tunkhannock scoreless through the first three innings. In the fourth, Tunkhannock was the first team to get on the scoreboard with one run.

Elkland responded quickly though with a run of their own in the fifth. In the sixth, still tied 1-1, Elkland’s offense erupted for seven runs.

Ella Churchill got things started with a bunt-single. Maddie Millard followed Churchill with a walk. Lily Vargeson loaded the bases with a single.

Stepping into the box, Sherman had an opportunity to give Elkland their first lead of the night. She didn’t waste any time, as she whacked a double over Tunkhannock’s outfield, scoring three all three runners.

Ashley Woodring knocked in Sherman with a double of her own.

After their game-changing at bat Elkland held on to win 8-1.

In Elkland’s second game of the tournament, the girls fell to Troy 5-2, Saturday, June 22.

Troy lead 1-0 for the majority of the game tacking on a second run in the sixth. Elkland engineered a comeback in the sixth inning to tie the game 2-2.

Sherman allowed three hits and three walks but struck out 17 in the loss.

The team had two games remaining in the tournament.

The first was on the road against Susquehannock County on Monday, June 24.

The second was a home match with Wellsboro Wednesday, June 26.