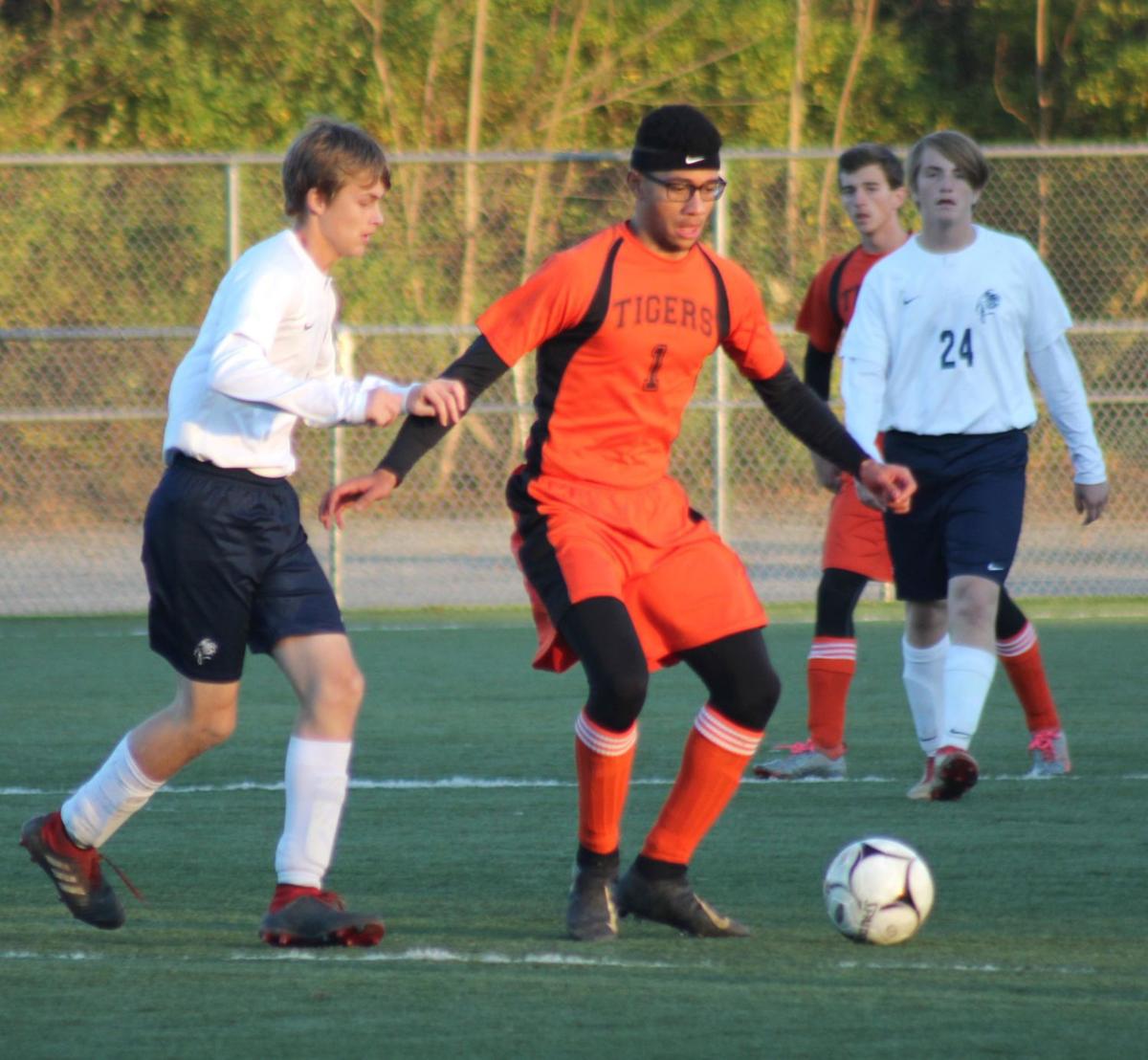 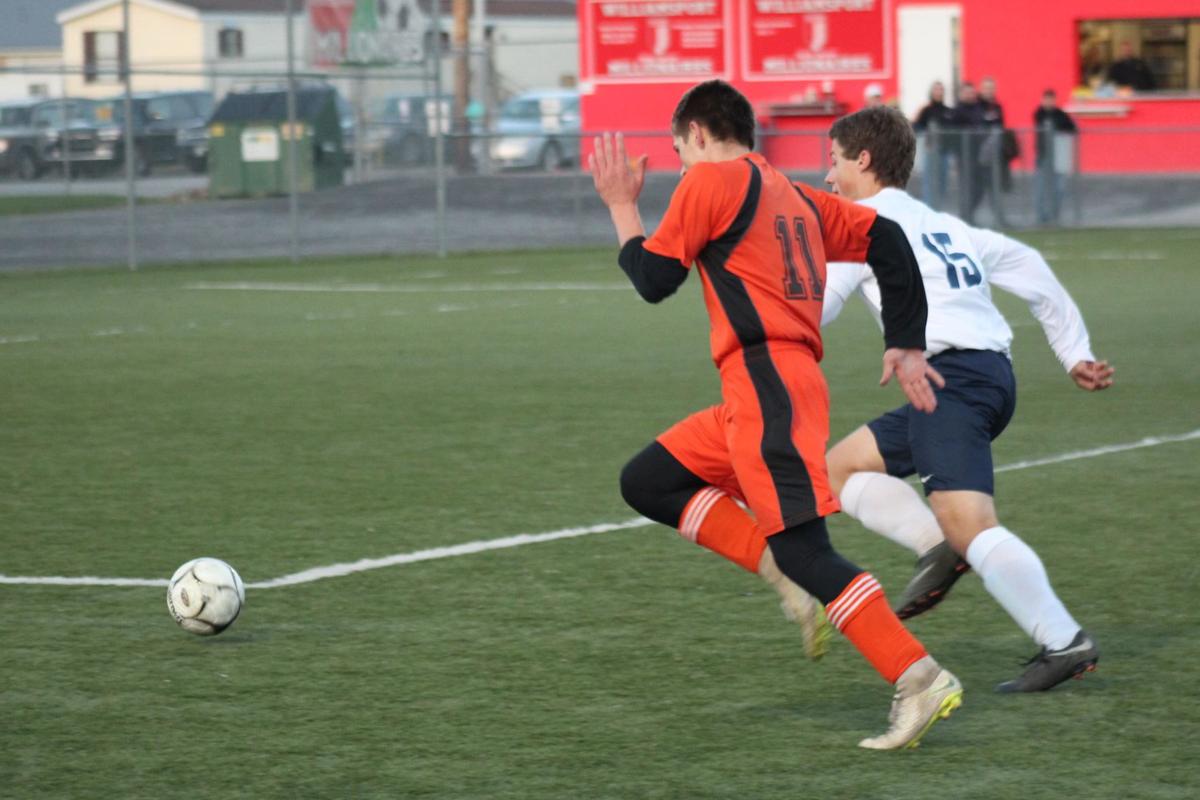 Ty Stover races for the ball just outside the 18-yard box Tuesday night in Galeton’s win over Muncy.

Ty Stover races for the ball just outside the 18-yard box Tuesday night in Galeton’s win over Muncy.

Tuesday night against Muncy the Galeton defense played strong through 80 minutes of regulation not allowing a single shot in the second half.

The strong defensive play was symbolic of the Tigers’ season where the Galeton defense made it difficult for any team to score on them.

As the Tiger defense prevented Muncy from scoring though, so too did the Indians prevent Galeton from scoring.

At the end of regulation play the score was knotted at 0-0, forcing overtime.

Throughout two overtime periods the score was still tied at 0-0.

It was at this point the game was went to penalty kicks, which would prove just a difficult to determine a winner.

After the first five penalty kicks the game was still tied. In a second set of penalty kicks Galeton’s Noah Shutt would score the decisive goal that gave Galeton the win.

When asked about the win Coach Jim Sunderlin said, “The penalty kicks were very exciting obviously. I think this was the only the second time that any of my players were involved in this situation. It was very exciting and all I could think was what a terrible way to lose.”

The semi final match against Sullivan County started poorly for Galeton who gave up a penalty kick only 26 seconds into the game and fell behind further after Sullivan County scored a second goal just two minutes later.

Galeton made adjustments and took control of the second half of the game but by then Sullivan County was up 3-0 and Galeton wasn’t able to climb out of that hole.

Coach Sunderlin said, “We had trouble containing their speed and resorted to making some poor decisions as a result. The second half we made some defensive adjustments and really controlled the game. We just could not get our shots away from their defenders or on goal.

Once we scored though, we really took over and were pressing up really hard, but that was the only goal we would get. We continued to put pressure on them. The kids never gave though and that says a lot about their character and determination.”

Sullivan County would eventually fall to Millville in the District championship game 6-1.

Galeton finishes their season with an overall record of 13-6.