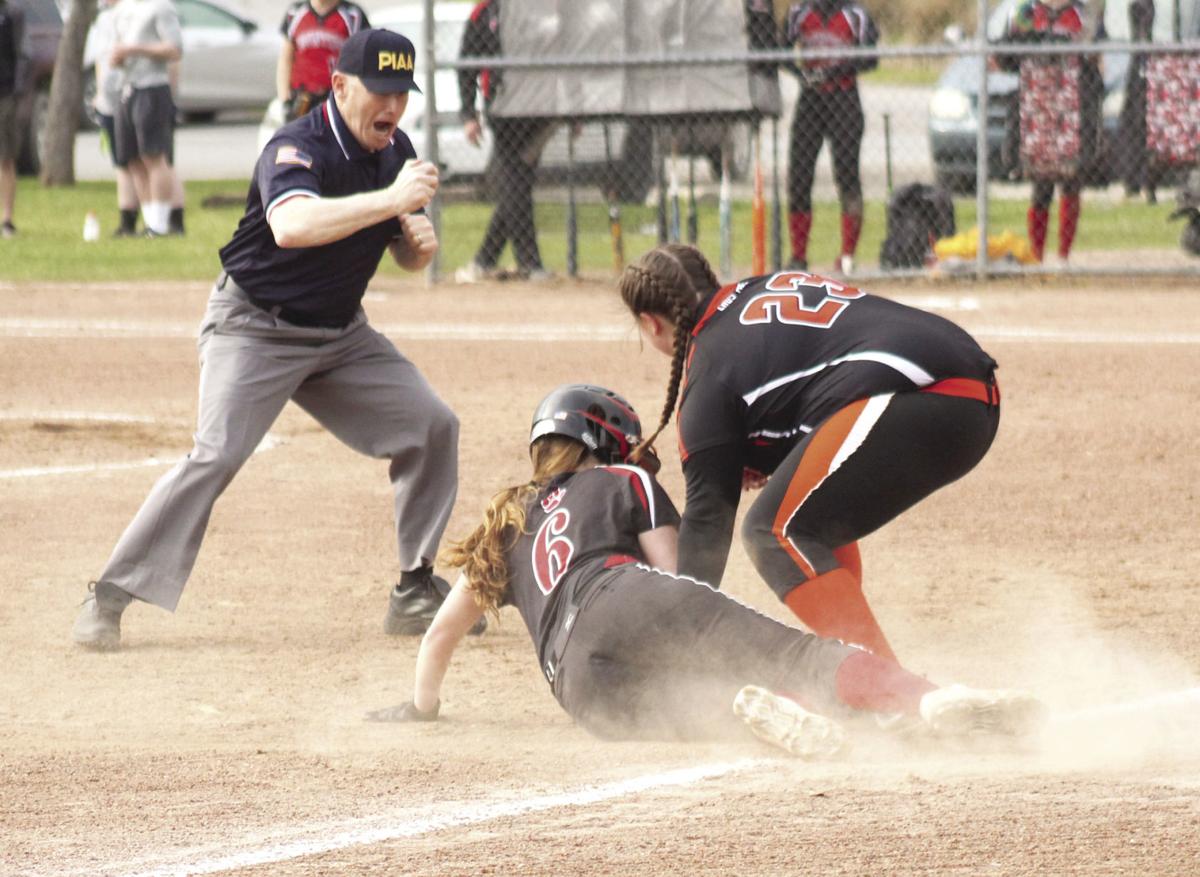 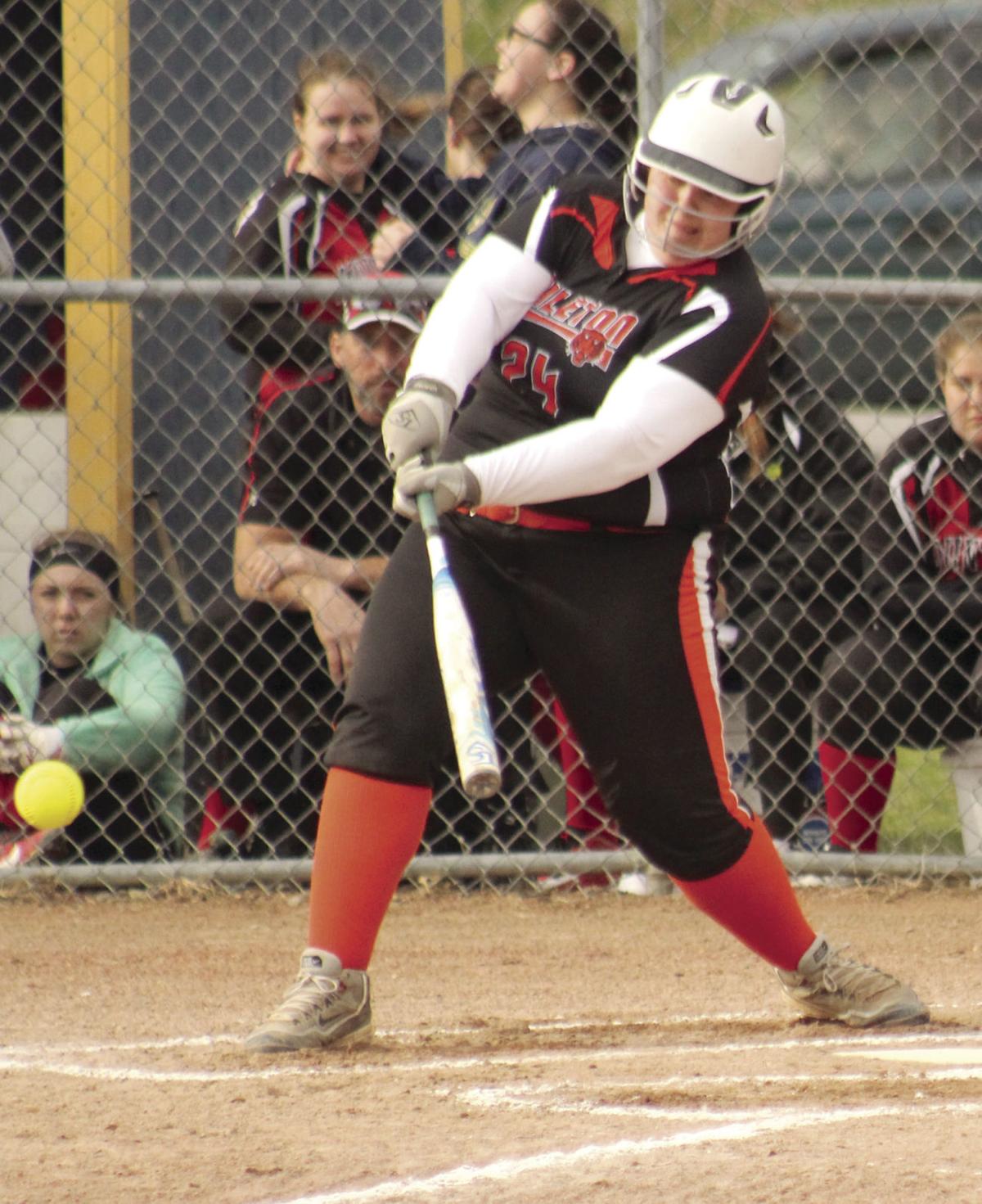 Maddie Sauley went 2-for-4 at the plate in Galeton’s 3-1 win over North Penn-Liberty Thursday, April 18. Sauley was responsible for two RBI in the eighth inning.

Maddie Sauley went 2-for-4 at the plate in Galeton’s 3-1 win over North Penn-Liberty Thursday, April 18. Sauley was responsible for two RBI in the eighth inning.

The Galeton Lady Tigers entered the matchup with North Penn-Liberty on Thursday, April 18, having just fallen to Otto-Eldred 10-2 the night before. The loss to the Lady Terrors brought Galeton’s four game win streak to an end. Galeton rebounded from the loss with an eight inning contest with the Lady Mounties.

Regan Fuller started on the mound for Galeton and pitched all eight innings. North Penn-Liberty was able to make contact against Fuller, garnering 10 hits, but the Lady Tigers defense played well and allowed just one run in the eighth.

Tied 0-0 after seven innings, the game went to extras.

In the eighth, Madison Sauley was responsible for a two-run double to help Galeton take a three run lead.

North Penn-Liberty was unable to match the Lady Tigers offensive production in the eighth and fell in their fourth loss of the season.

Sauley led the Lady Tigers with two hits and two RBIs in the win.

Haylee Ludington went 1-for-3 at the plate with a single.

With the win, Galeton improved to 5-3 on the season.

Galeton hosted the 5-3 Coudersport Lady Falcons Tuesday night before a road game in Otto-Eldred Thursday. The scores from these games will be in next week’s paper.

Mainly cloudy with a mixture of rain and snow showers developing late. Low 36F. Winds WNW at 10 to 15 mph. Chance of precip 30%.