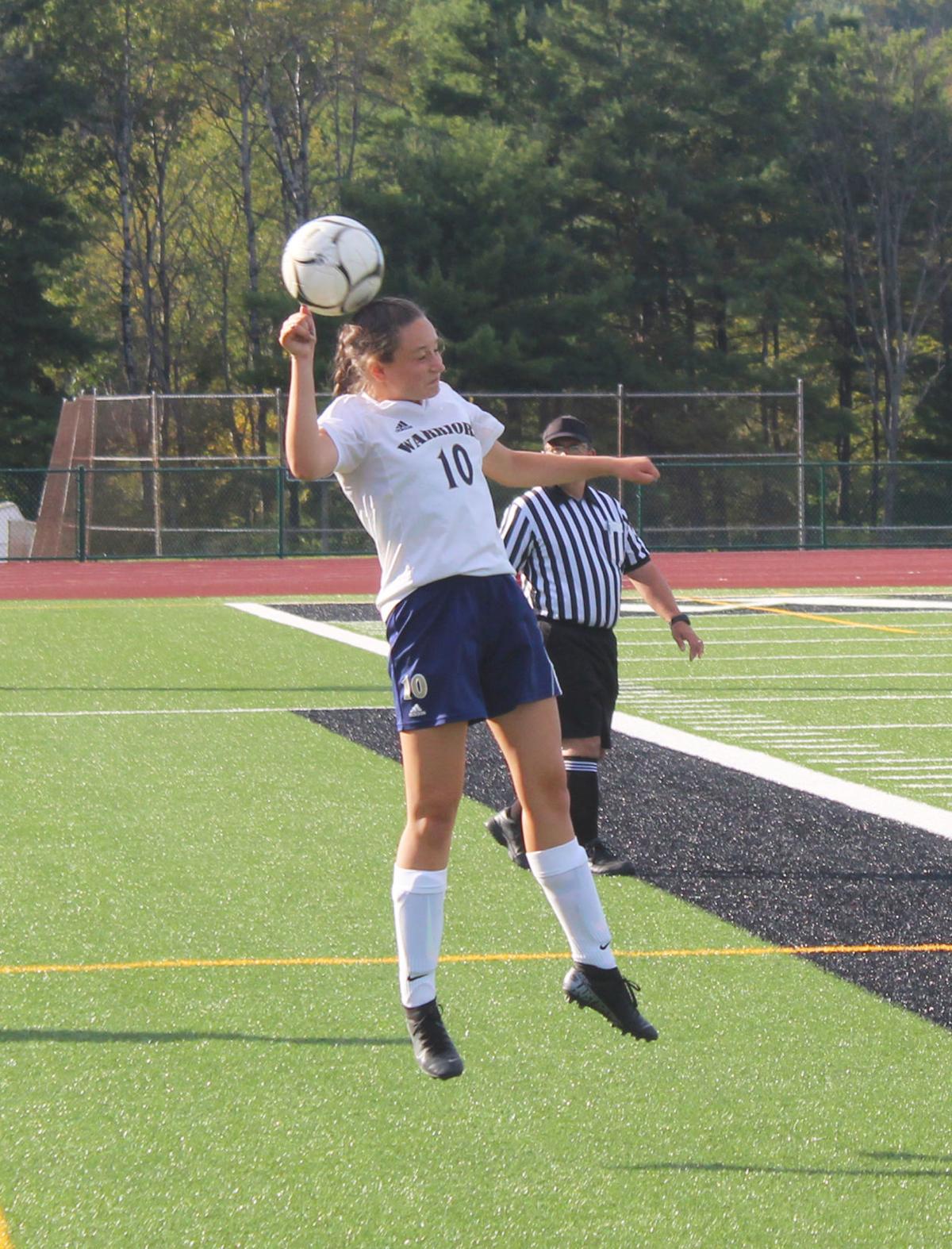 Haley Warner heads the ball during a tough loss to the Wellsboro Hornets.

Abby Ackley makes big save against the Hornets last week.

Haley Warner heads the ball during a tough loss to the Wellsboro Hornets.

Abby Ackley makes big save against the Hornets last week.

WELLSBORO -- The Williamson Warrior girls soccer team dropped two close games over this past week to the Wellsboro Hornets and the North Penn-Mansfield Panthers this week. Against Wellsboro, the Warriors played solid defense throughout, but struggled to push the ball on offense.

They were able to only allow three goals on 19 shot attempts, and goalie Abby Ackley was extremely aggressive, making a few tough saves and also pressuring the ball anytime it came into her area. Ackley totaled 13 saves on the afternoon and kept the Warriors within striking distance.

Offensively the Warriors struggled with only two shots on goal, one by Claire Miller and the other by Kara Shieve. The Warriors will need their offense to help support their defense in the future to improve.

In their second game of the week, the Warriors took on the North-Penn Mansfield Panthers and came up just short losing 3-2. In the first half the Warriors kept the game close, only allowing one goal and holding their ground defensively. In the second half they allowed two early goals to the Panthers and found themselves in the three goal deficit with a lot of time left to play.

Abby Ackley continued to play well in the goal, with nine saves in the contest with 12 shots taken on goal. The Warriors will look to continue to improve this season and capture their second win of the season as they take on the Wyalusing Rams in Wyalusing Tuesday, Sept. 24.