You are the owner of this article.
Edit Article Add New Article
Free Press-Courier
Wellsboro Gazette
Potter Leader-Enterprise
Share This
1 of 4 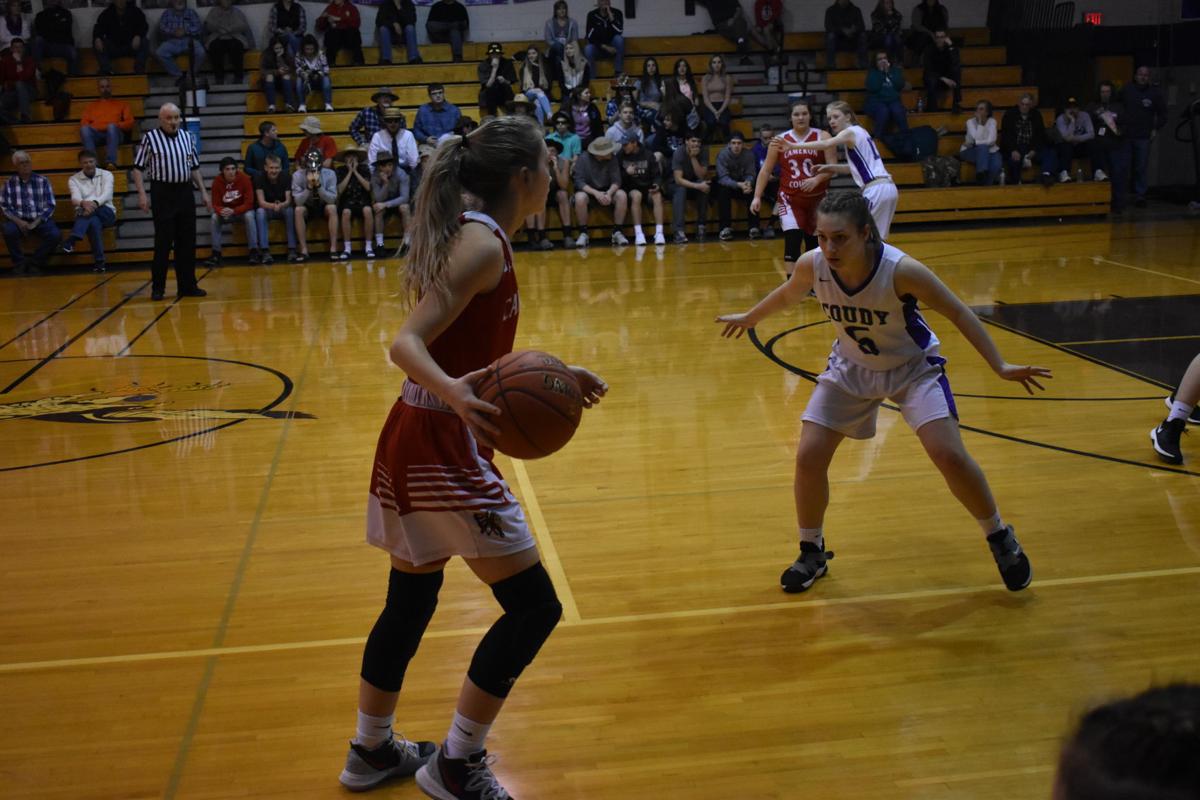 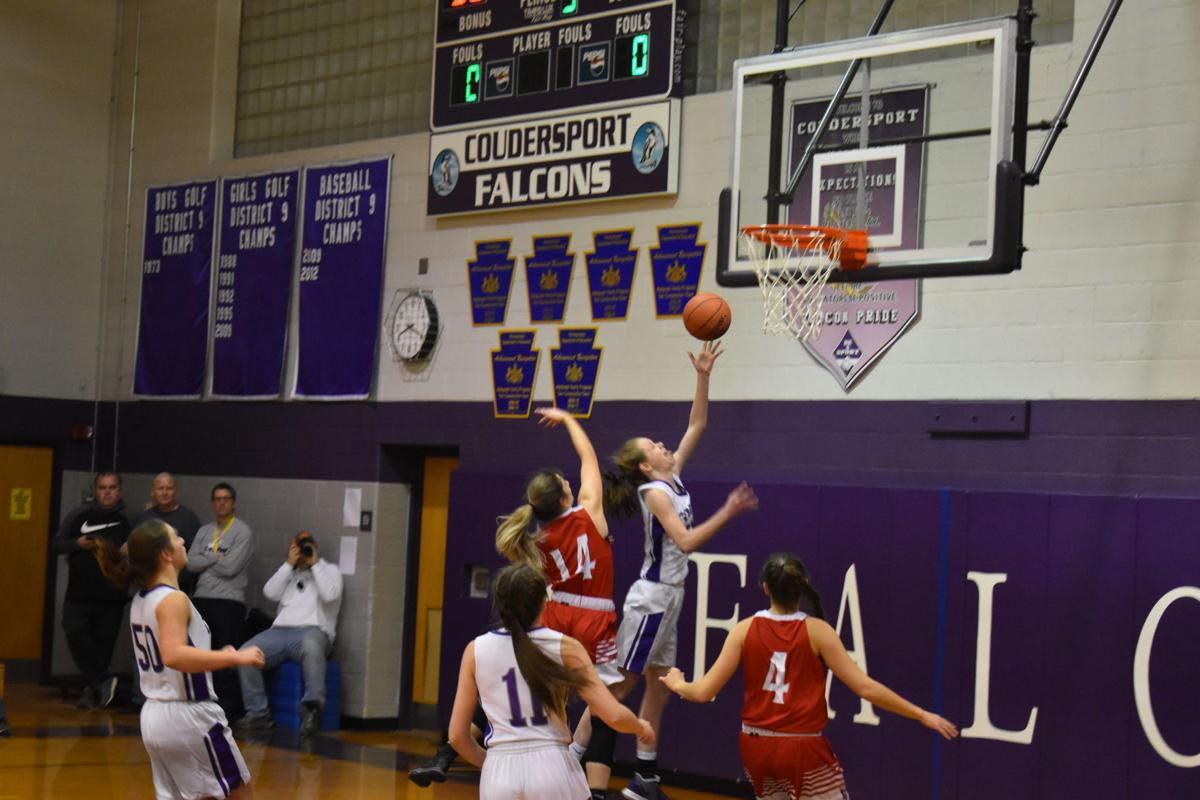 Coudersport's #15 (Emma Chambers) goes up for a layup 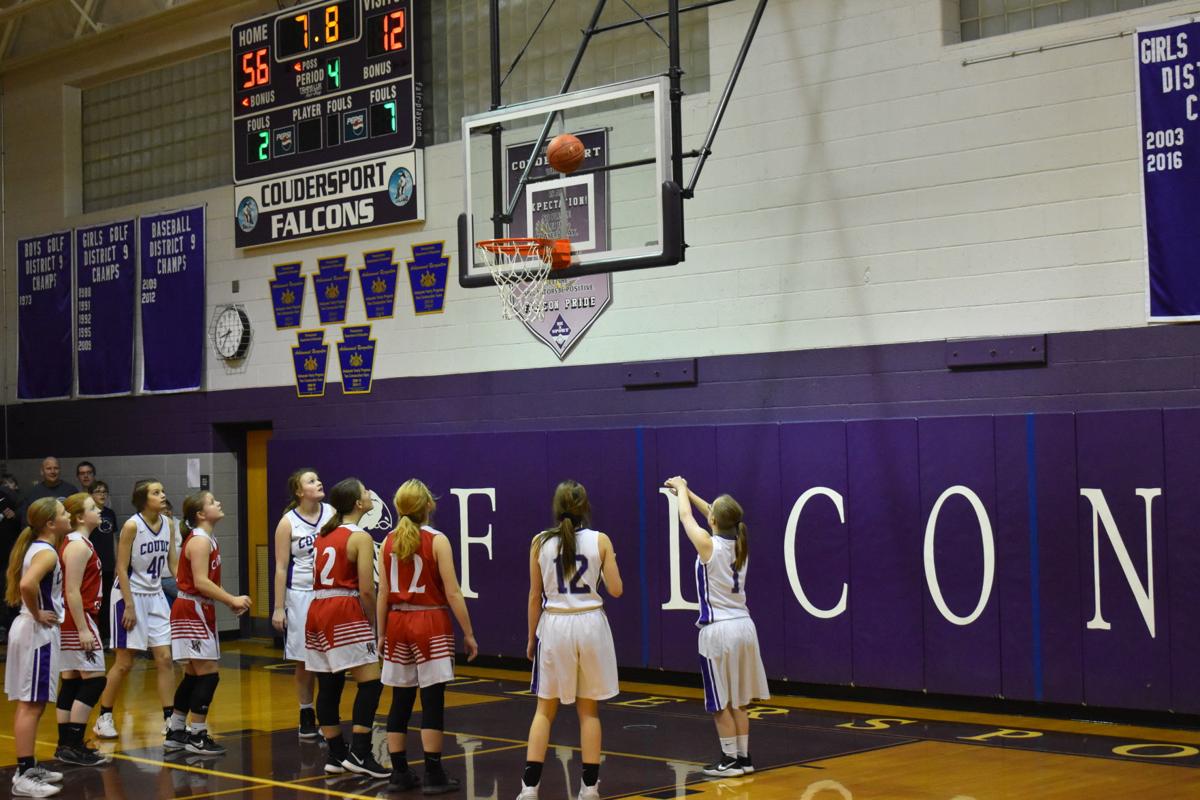 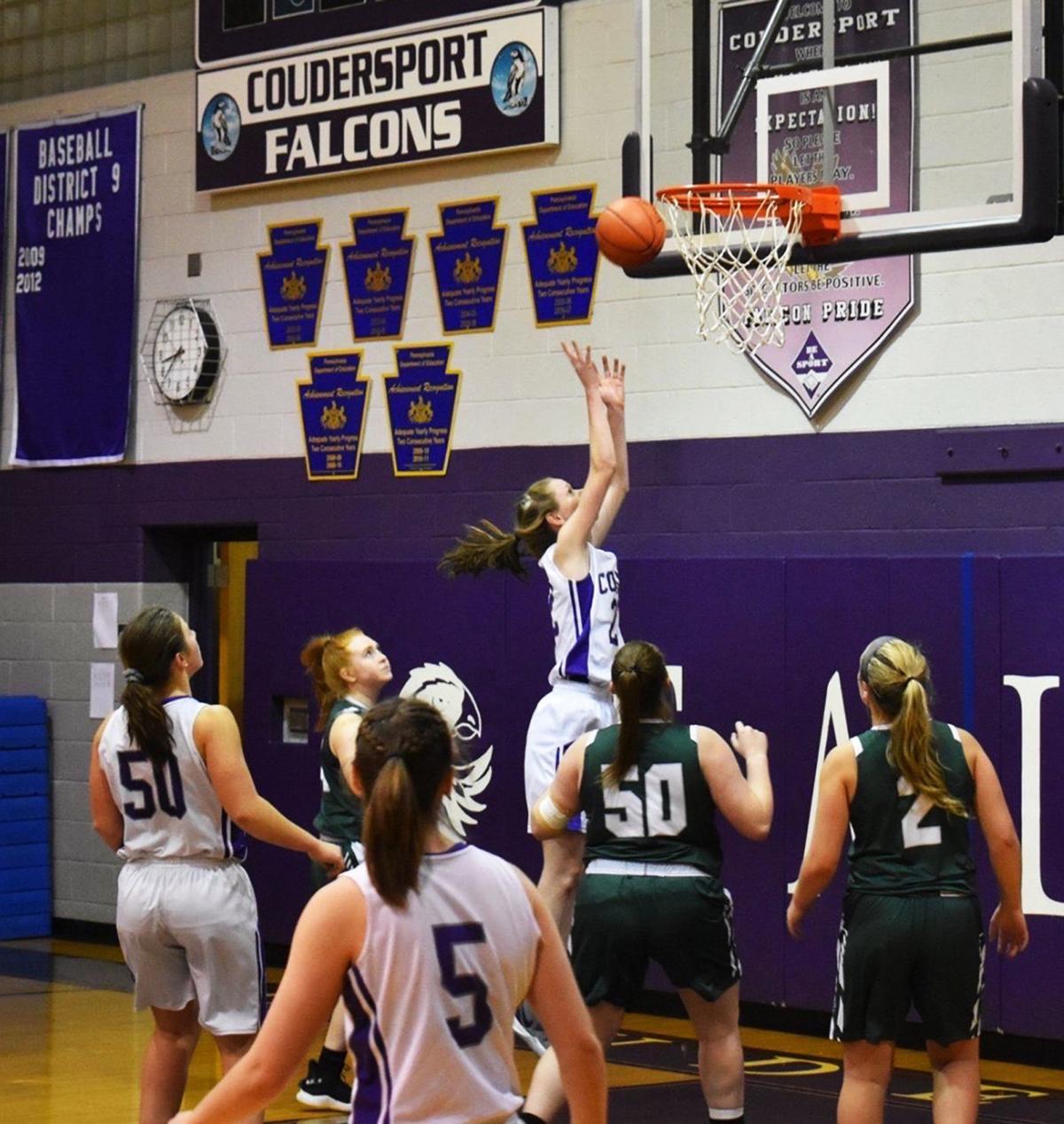 Sarah Chambers soars up for a layup during the Lady Falcons victory over Wellsboro on Tuesday, Feb. 4.

Coudersport's #15 (Emma Chambers) goes up for a layup

Sarah Chambers soars up for a layup during the Lady Falcons victory over Wellsboro on Tuesday, Feb. 4.

The Coudersport girls basketball team took a win against Cameron County with a final score of 58-14.

Coudersport’s Coach Stimaker said, “I think it was the best first half that we have played this year. We took care of the ball, rebounded and shot well from the perimeter. Man to man defense was very good and created quiet a few turnovers. I thought all of the girls played well.”

In Coudersport’s next action, they faced off with a non-league opponent in the Wellsboro Lady Hornets.

The Lady Falcons were able to keep their spectacular season going, as they topped a tough Wellsboro team by a score of 47-23.

The Lady Falcons came out firing on all cylinders, and opened up the game with a solid 14-8 advantage in the first quarter behind a stingy defensive effort.

Stimaker and Page were both able to score five points in the frame, and gain an early advantage.

In the second quarter, things continued to be click for the Lady Falcons, who outscored the Lady Hornets 18-4 and pushed their lead to 32-12 at the end of the half.

Despite not matching their scoring output from the first half, the Coudersport girls brought the heat on the defensive end, and never let Wellsboro get back in the game, as they only allowed 11 second half points to close the game out with a 47-23 lead, a 16-4 record, and they remain undefeated in league play with a perfect 14-0 record.

In the win, the Lady Falcons were led by Chambers who notched 21 points in the effort and was nearly unstoppable in the first half scoring 13 points.

Stimaker also added 11 points in the win, and connected on a team-high two three-pointers.

With only two game remaining for the Lady Falcons, they will look to keep stringing together wins as they faced Austin on Wednesday, Feb. 5 and travel to Otto-Eldred for their season-finale on Friday, Feb. 7.