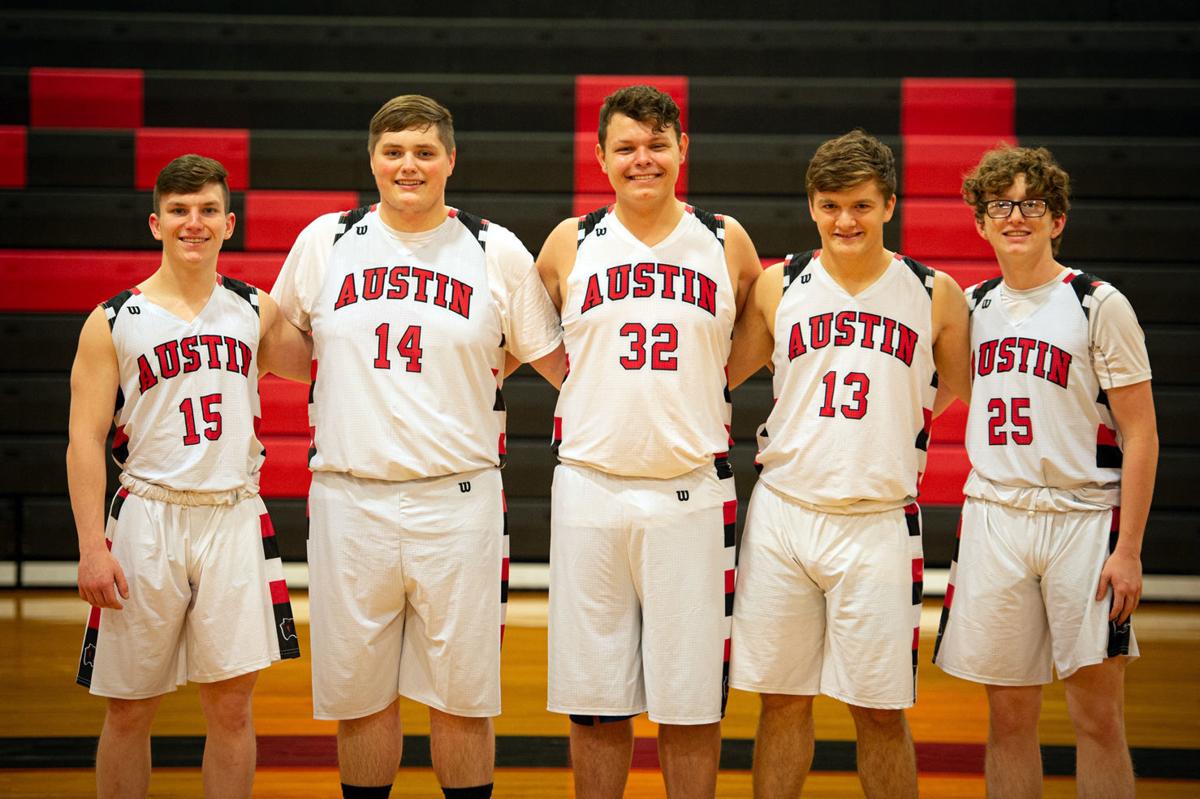 The seniors of the Austin boys basketball team were recognized before a game last week. From left to right are Caden Rees, JoJo Glover, Michael Clingan, Parker Glover and Payton Shupe. 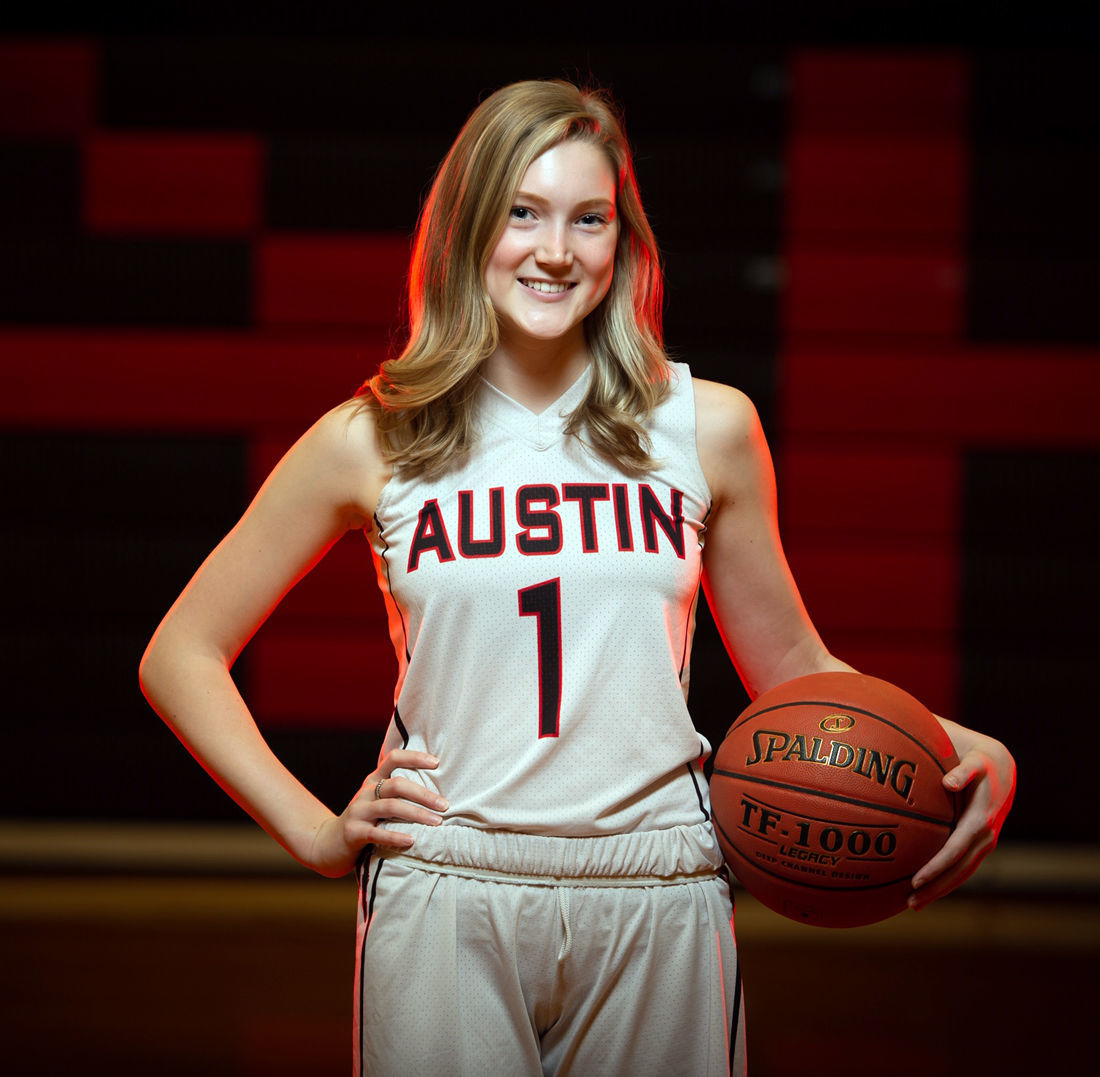 Taylor Brewer was honored as the lone Austin senior on the girls basketball team.

On the girls team, the lone senior, Taylor Brewer, daughter of Scott and Angela Brewer, was recognized.

Taylor is a member of the National Honor Society, student council, yearbook, enrichment, envirothon and school spirit club. She serves as president of NHS and student council. She is also CEO of Shameless Audacity. She is active in volleyball and basketball. Taylor represented Austin at the Flaming Foliage Festival and she is in the UPMC Cole School to Career Internship Program. She is taking college courses through Northern Pennsylvania Regional College.

During her free time she works at UPMC Cole in the Dietary Department. Taylor’s future plans are to attend Edinboro University, majoring in biology pre-med and becoming an OB/GYN doctor.

After college she plans on living on a beach in North Carolina and having a big family.

Payton’s activities include basketball, soccer and baseball with Coudersport. He is a member of yearbook, student council, National Honor Society, enrichment and the ping pong club. He is co-founder of Shameless Audacity and vice president of NHS. Payton is also a member of the Austin Pride Committee; a community based organization.

Payton’s future plan is to attend West Virginia University, majoring in biochemical engineering. He plans to move to Toronto and live a long happy life.

His future plans are to attend college in the Fall and move somewhere warm and live a great life.

Michael’s activities include basketball. He is an active member of band and chorus. Michael’s future plans are to attend college, majoring in environmental sciences. After graduation he plans to settle down and start a family.

Cloudy skies this morning will become partly cloudy this afternoon. High around 45F. Winds WNW at 15 to 25 mph. Winds could occasionally gust over 40 mph.

Windy with snow showers in the morning. High 34F. Winds WNW at 20 to 30 mph. Chance of snow 40%. Snow accumulations less than one inch. Winds could occasionally gust over 40 mph.

Photos from the April 2 Leader are ready for viewing