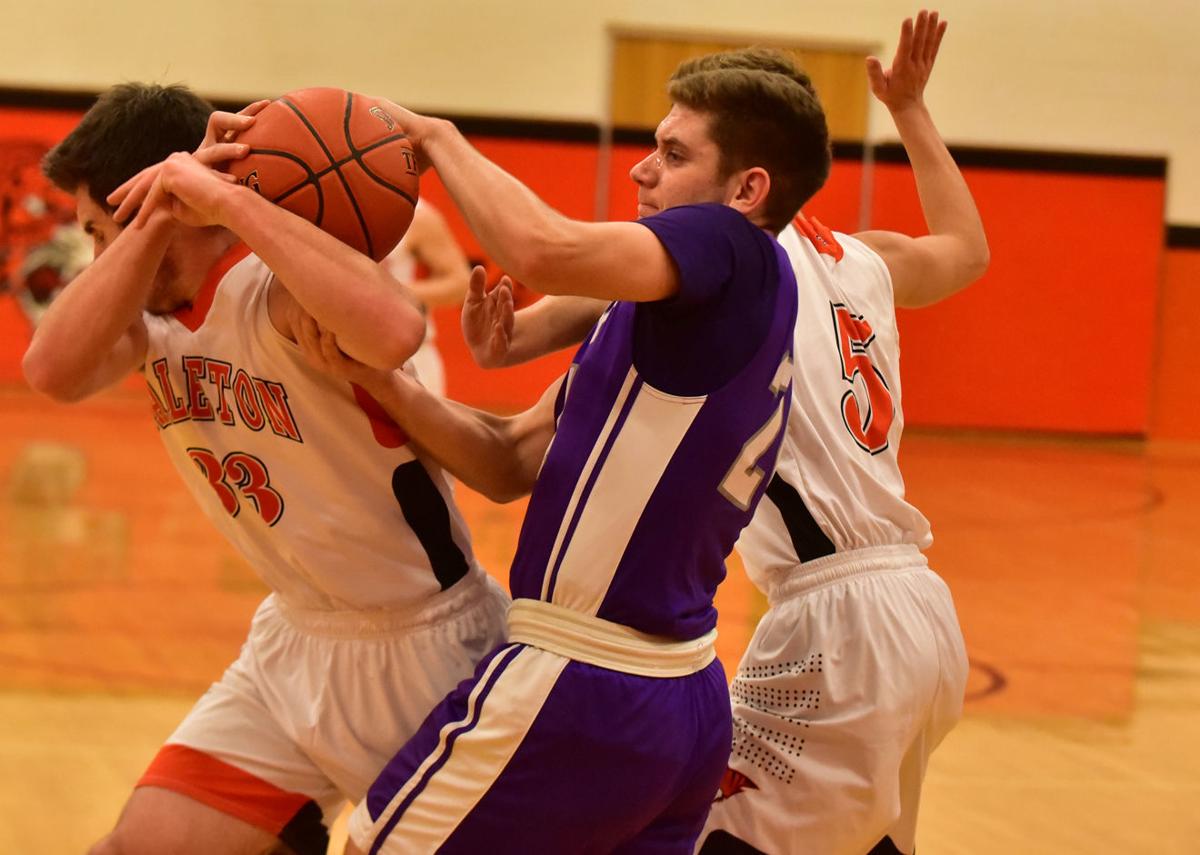 Kolby VanWhy strips the ball from Galeton during their 79-24 win against Galeton this past week. 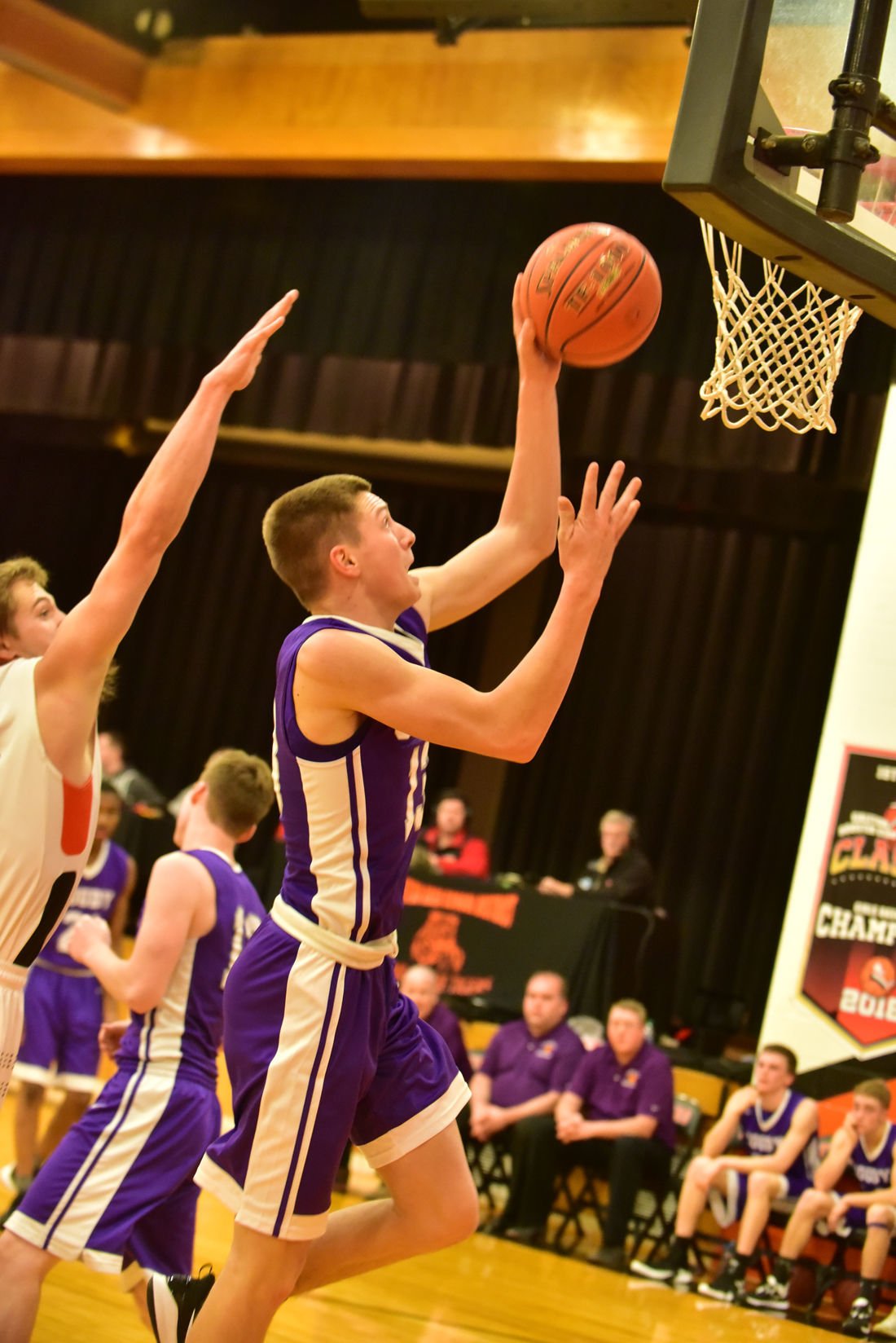 Dalton Keglovits makes a layup for two of his seven points against Galeton.

Kolby VanWhy strips the ball from Galeton during their 79-24 win against Galeton this past week.

Dalton Keglovits makes a layup for two of his seven points against Galeton.

The Coudersport Falcons boys basketball team continued their hot start to the season with a convincing 79-24 road win against the Galeton Tiger.

Coudersport was led by Hayden Keck, who continues his torrent scoring pace to start the season for Coudersport, and scored 17 points in the win. Kolby VanWhy added 15, Dillon Keglovits scored 14 points and Daniel Frame netted 12 points in the big win.

Coudersport came out of the gates firing earlier and often, VanWhy came out on fire, with 12 points and led the Falcons to a huge 33 point first quarter where they jumped on Galeton to take a 33-6 lead early.

Coudersport finished the half out strong, and came up with 52 first half points versus only 14 from the Tigers.

The second half was highlighted by a 20 point third quarter where Heck was able to continue his strong outing and scored seven points as Coudersport put the game out of reach.

The Falcons have found a lot of success on the offensive end of the floor this season and have scored an incredible 64 points per game so far this season and boast an undefeated 3-0 record in the early goings of the season.

In their next action of the season, the Falcons traveled to Olean, N.Y. and took on Olean in the St. Bonaventure Tournament on Saturday, Dec. 21. The Falcon were unable to claim another victory, as they were just barely edged by Olean by a score of 57-54.

After winning four straight to open up their season they were finally upended by a tough Olean team.

Coudersport will look to bounce back as they will have the benefit of a week off for the holidays before hitting the hardwood again on Jan. 3 when they travel to Ridgway.

Ridgway currently sits at 4-0 and should provide a true challenge for the Falcons when they return to action.