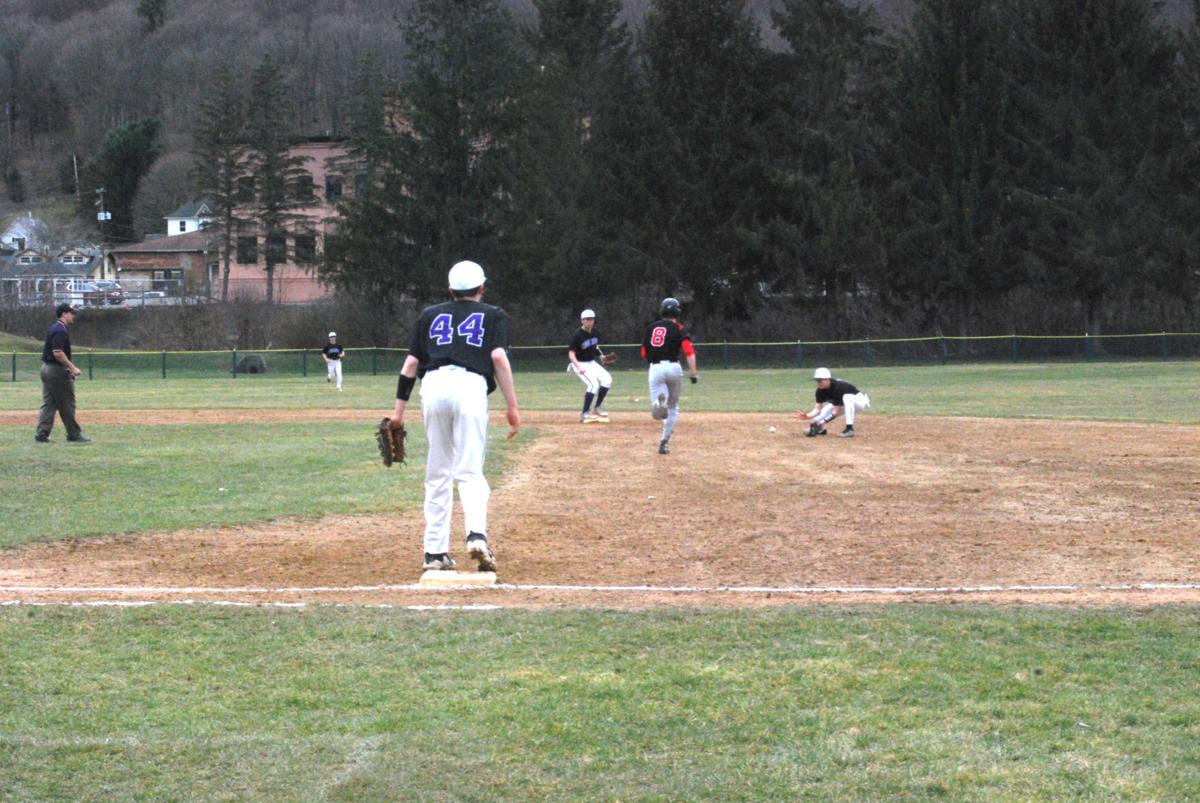 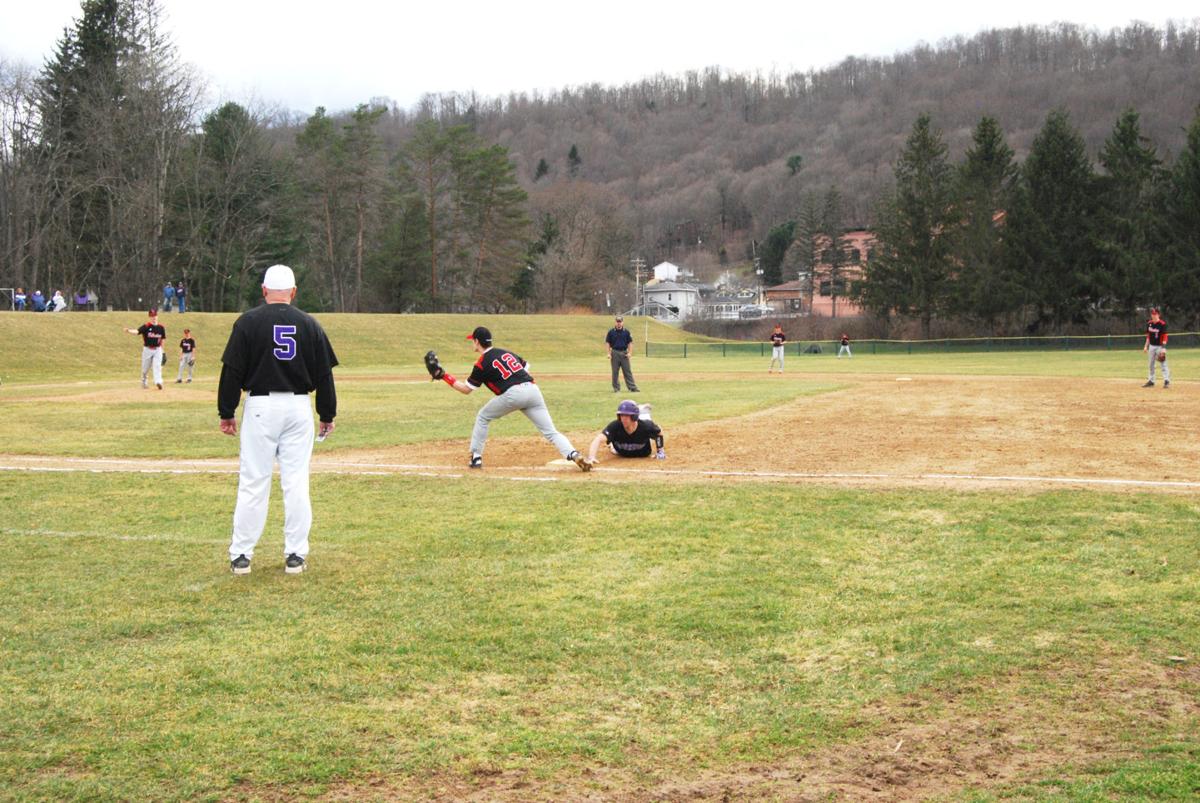 Eli Ayers slides back into first base after attempting to steal second. 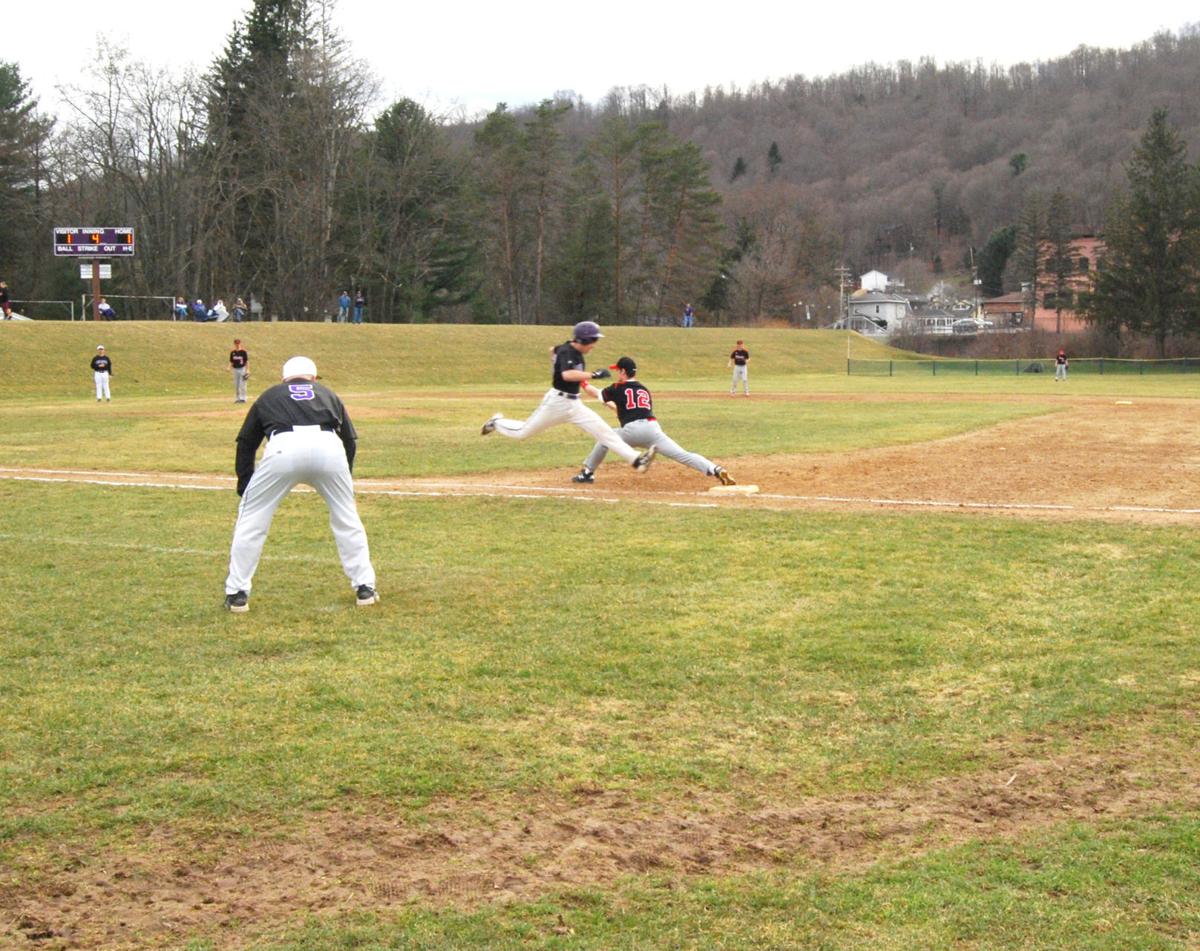 Jacob Pitcher leaps to first base.

Eli Ayers slides back into first base after attempting to steal second.

Jacob Pitcher leaps to first base.

The Falcons were down by three runs at the end of the fourth inning against Mansfield, but made a come back and scored five runs in the fifth inning.

Blaze Deitrich scored the first run for Mansfield in the first inning, but Mansfield didn’t score again until the third, when Cameron Fabian and Dylan Williams both scored runs.

The Falcons went on to blow Smethport out of the water, winning on their home field 7-0 on Saturday. Coudersport scored two runs in the first inning, scored by Owen Chambers and Derek Easton. Then, in the third inning Kolby VanWhy, Eli Ayers, Blake Burgett and Jacob Pitcher all made their way around the bases, each scoring a run. The fifth inning brought another run by Easton.

On Monday, the Falcons faced Bolivar-Richburg at home and continued their winning streak, passing Bolivar-Richburg 2-1. The first batter of the game, Riley McDonald got on base, stole second and made his way home and scored Bolivar-Richburg’s only run of the game. Coudersport didn’t score until the third inning when Keglovits got on base by a walk, advanced to second on a hit by VanWhy, advanced third through a passed ball and was batted in by Ayers. Blake Burgett scored the second run in the sixth inning, he hit a line drive and reached first safely, advanced to second by a hit by Kullen Crosby and made his way through third to home by Chambers.