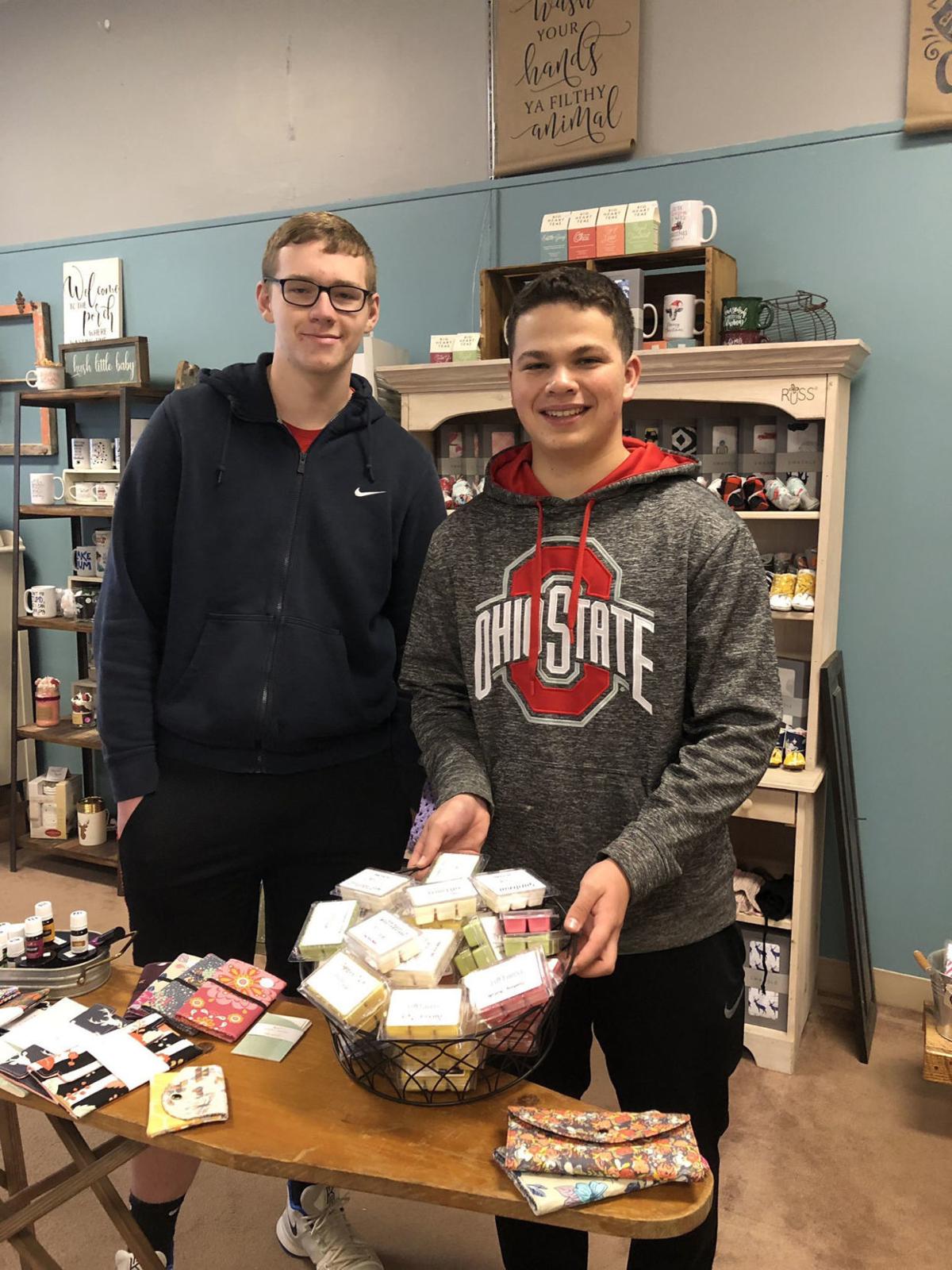 Garrett Rees (left) and Mason Valenti pose with Productive Panther wax melts for sale at Mama Made in Coudersport. 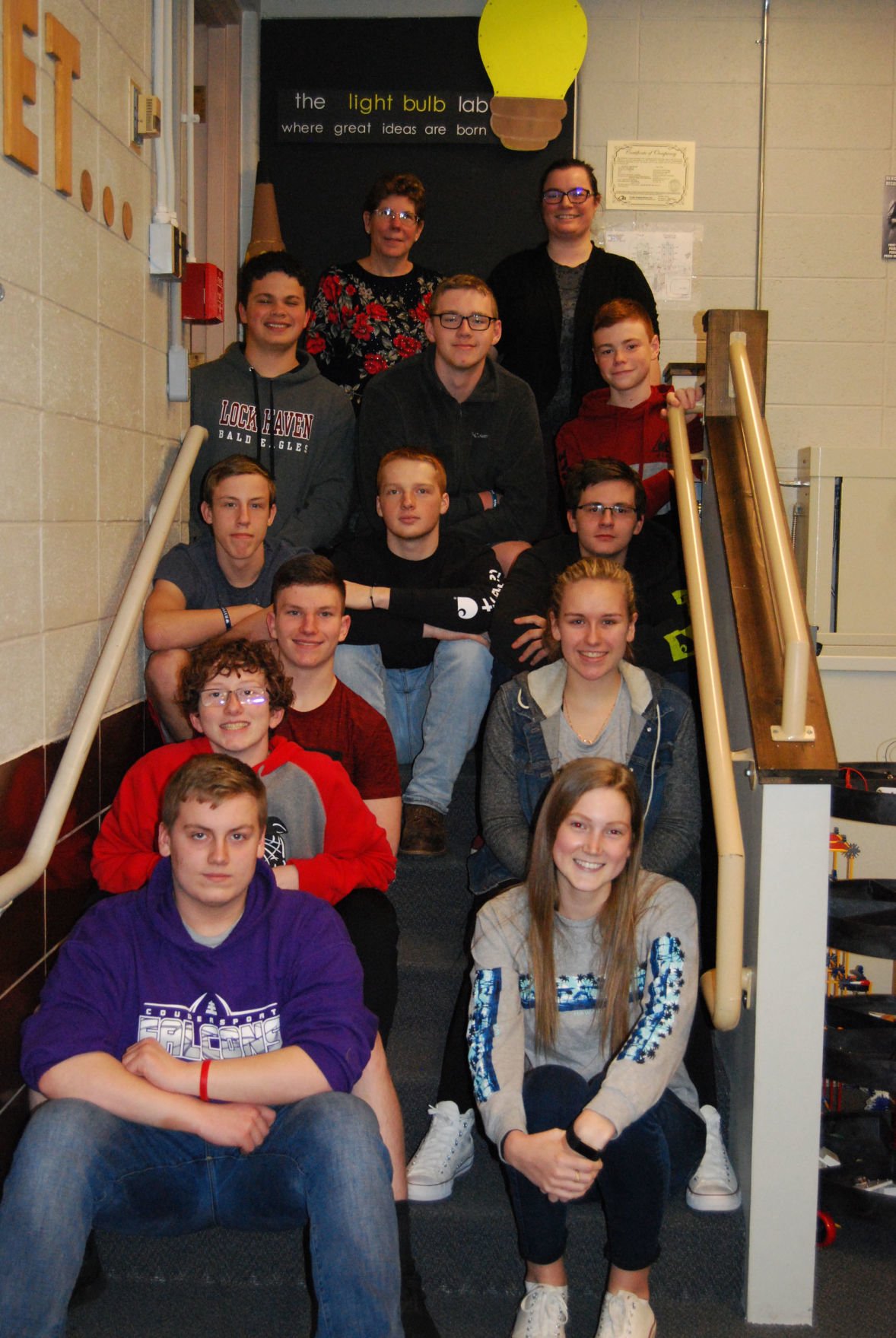 Students in Shameless Audacity pose for a photo. Students in grades 9, 11 and 12 are able to sign up for the class. 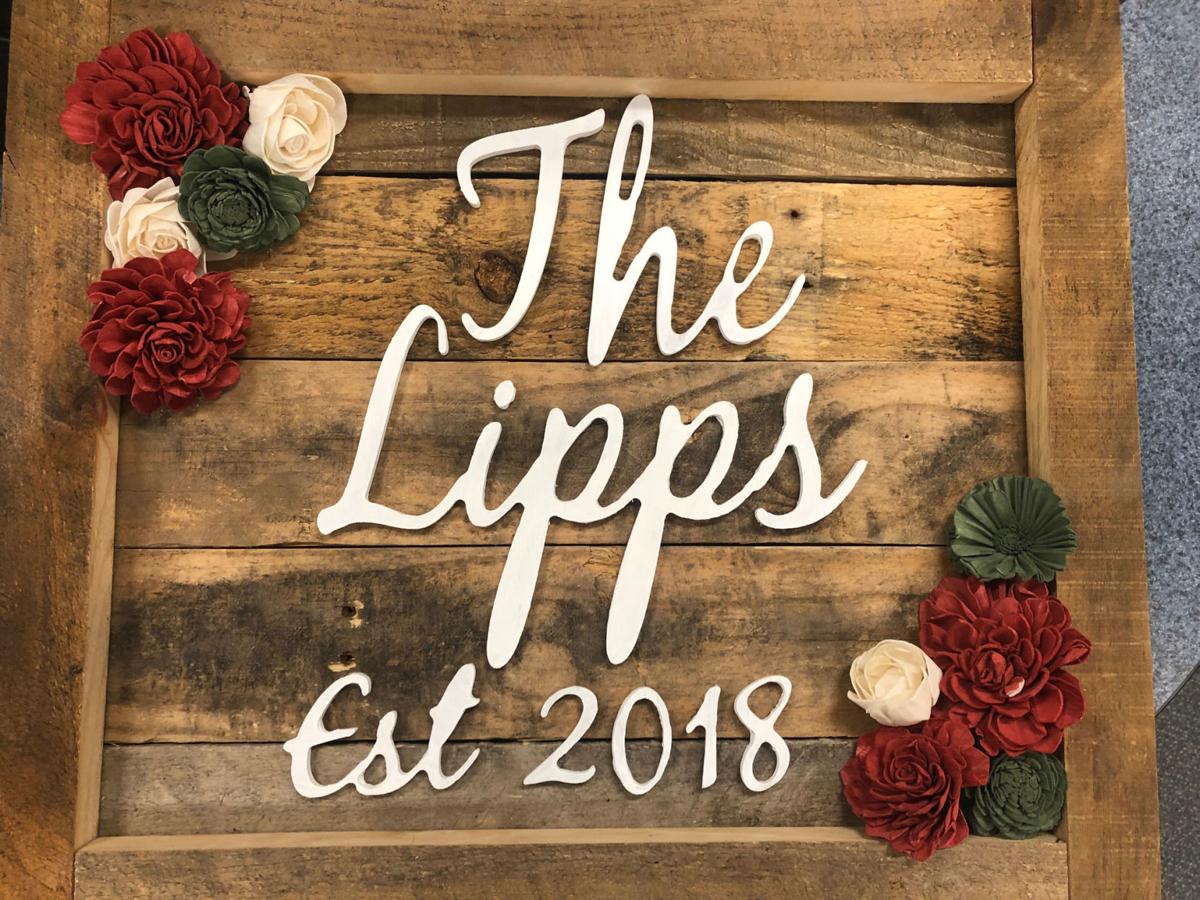 An example of a sign made by Shameless Audacity.

Garrett Rees (left) and Mason Valenti pose with Productive Panther wax melts for sale at Mama Made in Coudersport.

Students in Shameless Audacity pose for a photo. Students in grades 9, 11 and 12 are able to sign up for the class.

An example of a sign made by Shameless Audacity.

AUSTIN — Many students will graduate from Austin Area School District with experience in running their own businesses, creating a business plan and marketing their product.

Ray Cope, technology coordinator at AASD, applied for a grant four years ago to start the entrepreneurship club. With the $5,000 grant, they got some students together and started to brainstorm what kind business they wanted to start.

He and the students ultimately decided to do something with a laser engraver.

“We also wanted a business that we weren’t going to step on anyone’s toes in the area,” Cope said. “Everything that people did with laser engraving was sent away for and then would get back two or three weeks later.”

With another grant, the school purchased a laser engraver. Originally, the club was going to focus on engraving mugs and small items that could be sold in gift shops, but Cope said once word of the engraver spread, requests came flooding in. After the club engraved 270 beer mugs and wine glasses for a wedding, the business took off. Since then, the club has engraved trophies and awards, mugs, glasses, prom favors and wooden heart grams, and more.

Dempsey Glover, senior, recently engraved 25 trophies for a local competition. The business sent a digital logo and Glover made it so it would show up nicely on acrylic.

At the time of the club’s creation, the students created a website for the business — PA Wild Creations — which has since been taken down. Cope said they get enough business through word of mouth, they don’t need to do a lot of advertising.

Sasala, math and junior high STEM teacher, teaches an entrepreneurship class. Over the summer, Sasala applied for and received a $1,000 grant through Harbor Freight to promote skilled trades. The grant, Real World Scholars, is to start a business and to encourage students to use tools.

Caden, a student in the class, said they started the school year by deciding what the business would specialize in. They tossed around a few ideas — sheds, kegs, corn hole sets, cutting boards — before settling on homemade signs.

Sasala said between having the technology to make the signs and a supply of free or donated wood, making the signs made sense.

“We tried not to step on anyone’s toes, so it was also kind of tricky finding a market to break into where we weren’t doing the exact same thing as someone else,” Sasala said.

The class business, Shameless Audacity, makes personalized signs typically with a family name, year established and some decorative flowers. For example, a sign could say, “The Smiths, est. 2015.” Each sign is $45.

The process starts with the wood, which may or may not have to be weathered, depending on how light the wood is. Often, students apply black tea and vinegar to make it darker.

Once it is weathered, students add a border of thicker wood. They then start with the letters. VCARVE software helps them write out what the sign should say before it goes to the CNC Machine (Computer Numeric Control) and it outlines the letters. Special tools are then used to finish cutting out the letters and to shape them.

The wood gets painted and the letters are put on the sign. There are also decorative flowers added.

“This is definitely different from other classes,” one student said. “In other classes we’re sitting at a desk learning about something boring, like math,” he said, half joking. This class is more hands on and gets students out of a normal learning and thinking routine.

So far Shameless Audacity has sold 10 signs and was working on five orders at the time of the interview.

The students who make up Shameless Audacity aren’t sure if they necessarily want to go to school for business or marketing, but still plan to use this experience.

“I definitely plan to have businesses on the side,” Valenti, said.

The Productive Panthers is another student-run business at AASD. Cara Bates, elementary STEM and enrichment teacher, is the advisor.

Productive Panthers also began with a grant. Elementary enrichment students took part in it and the fifth grade students at the time eventually settled on making wax melts.

In their second full year, there are 25 enrichment students in third through 12th grades involved in the business. Valenti and Garrett Rees, seniors, spend 45 minutes a day working on the business.

“It’s just fun running a business in a class instead of just sitting down and learning about something else. You can kind of, like, do whatever you want at your own pace and make sure you’re making progress with the business,” Valenti said.

“I like coming in here and making the soy wax and helping out the younger kids with their business. It’s enjoyable,” Rees said.

To make a wax melt, students weigh out a pound of soy wax and melt it in a crockpot. When the wax reaches 185 degrees F, they add different scents and/or colored dye. Once the wax cools to 165 degrees F, it’s poured into plastic holders. Labels are made online and applied to the container they are sold in.

Some scents are seasonal, others are randomly created. Valenti and Rees each have a favorite, Banana Nut Bread and Macintosh Apple, respectively.

“One day I was coming in from school and I smelled the banana nut bread and I thought my mom was cooking banana bread so I was all excited,” Valenti said. “I went up there and it was just a wax melt.”

Productive Panthers participate in a lot of craft bazaars to sell their wax melts, as well as setting up a table at basketball games.

They’ve donated a lot of their revenue and some of their product. The students suggest and decide where the money goes. They’ve bought gift bags for patients at the Patterson Cancer Center at UPMC Cole, helped renovate the school lobby and did some of the landscaping in front of the school. They’ve also donated wax melts to local emergency services and law enforcement.

Beyond giving back and creating the wax melts, the students also learn a little bit about marketing. Their Facebook page is where most customers find them and they do giveaways to bring people to the Facebook and website. Rees said the advertising side is where he’s learned the most.

“I’ve thought about starting my own business at some point so it will come in handy then,” Rees said.

Bates, Rees and Valenti recently dropped off some melts at Mama Made in Coudersport to be sold there. Their goal is to have their melts be in more stores by the end of the year.

To place an order with PA Wild Creations, contact the Austin School at 814-647-8603 and ask to speak with Ray Cope.

Rain showers early with scattered thunderstorms arriving for the afternoon. High 71F. Winds S at 10 to 15 mph. Chance of rain 40%.