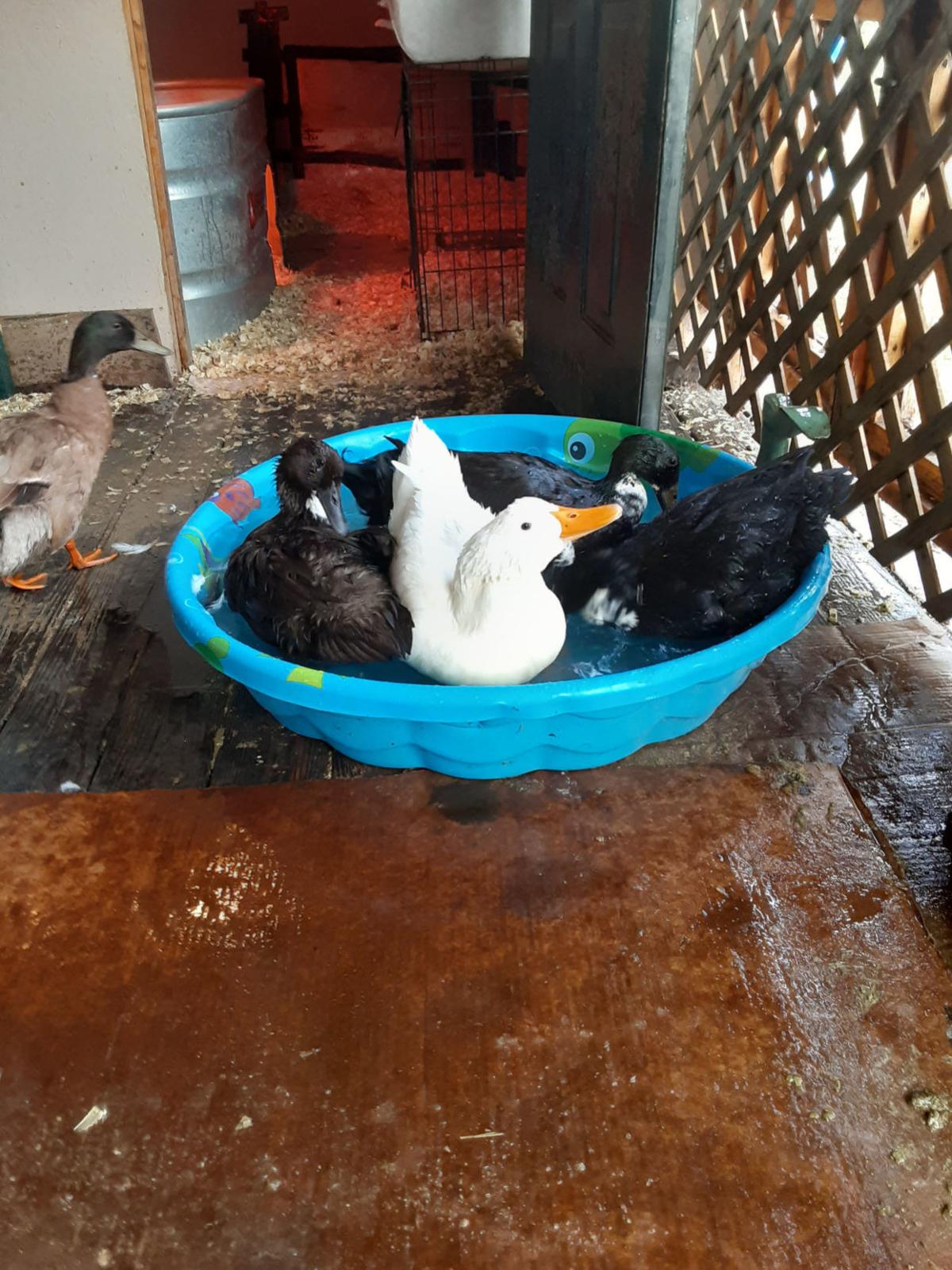 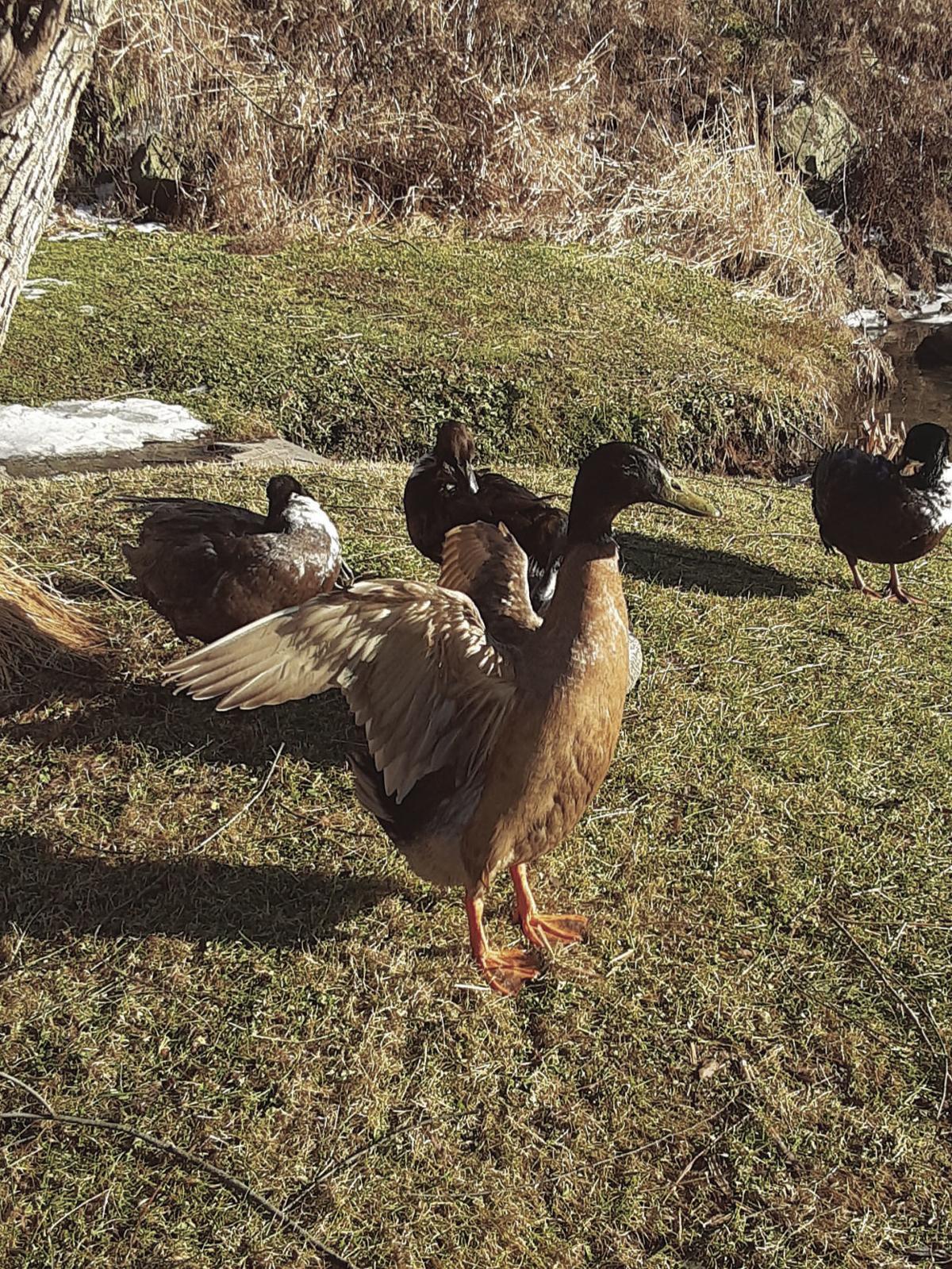 According to http://nationaltoday.com, January is National Hobby Month. Debbie Colucci, of Ulysses, said her hobby is taking care of ducks.

According to http://nationaltoday.com, January is National Hobby Month. Debbie Colucci, of Ulysses, said her hobby is taking care of ducks.

Debbie Colucci, of Ulysses, said her hobby is taking care of ducks.

“I use the eggs for baking and also give them to my friends,” Colucci said. “I also take great pride in my ducks (and) I take in ducks that are in crisis. I just got two girls that (were) dropped off at (an) abandoned farm; they had to defend for themselves, then their pond froze over, so they had to walk across a street where three of them got hit and died they are here now. I will give them all the love they need!”

“Annabelle she is a Blue Swedish... she is a spoiled brat... she gets everything she wants .. she is my loud mouth,” Colucci said. “We play together she is the head of the flock.”

Colucci said she’s had Big Duck since a chick.

“He is amazing,” Colucci said. “He had problems right off the bat. His eye sight was really poor, I had to hand feed him to show him where his water bowl was. I taught him voice command and, well, a lot of love. He is six years old now and actually leads a semi-normal life. He loves playing fetch, however we only play in winter — that’s when he can see the stick. He climbs on my lap for hugs and in summer we play in the creek.”

“She doesn’t listen well and she is mouthy, but she is friendly and, yes, I named her after the girl in Bob’s Burgers because that’s her personality,” Colucci said.

“He shows off when you give him attention he is a real good duck,” Colucci said.

Her two newest ducks are females, one black and one white.

“They’ve been through hell,” Colucci said. “Someone dropped them off at an abandoned farm; they had to fend for themselves, then the pond froze over so they were looking for water, they had to cross a street where most of the flock got hit. The black one actually got clipped by the car she walks with a little limp.”

Colucci said she picked the survivors up on Jan. 4.

“The white one is such a sweetheart she is becoming friendly and she really is coming around,” Colucci said.

Colucci said she is holding off on naming them until she sees their personalities.

“Every duck has it’s own personality,” Colucci said. “They are simply amazing.”

Colucci said she has developed a small network to help anyone trying to rehome a duck or to help ducks in crisis.

“I will try to help,” Colucci said. “A lot of people don’t realize how messy ducks are; they see chicks, get them, then realize how messy, how much the cost really is — the coops, feed, etc. — (then) people will just dump them in the creek well they cannot survive. These are domestic ducks, not wild, so I try to step in and help rehome or rehab, if needed.”

Partly cloudy skies during the morning hours will become overcast in the afternoon. High 37F. Winds light and variable.

Photos from the Dec. 26 Leader & Argus are ready for viewing