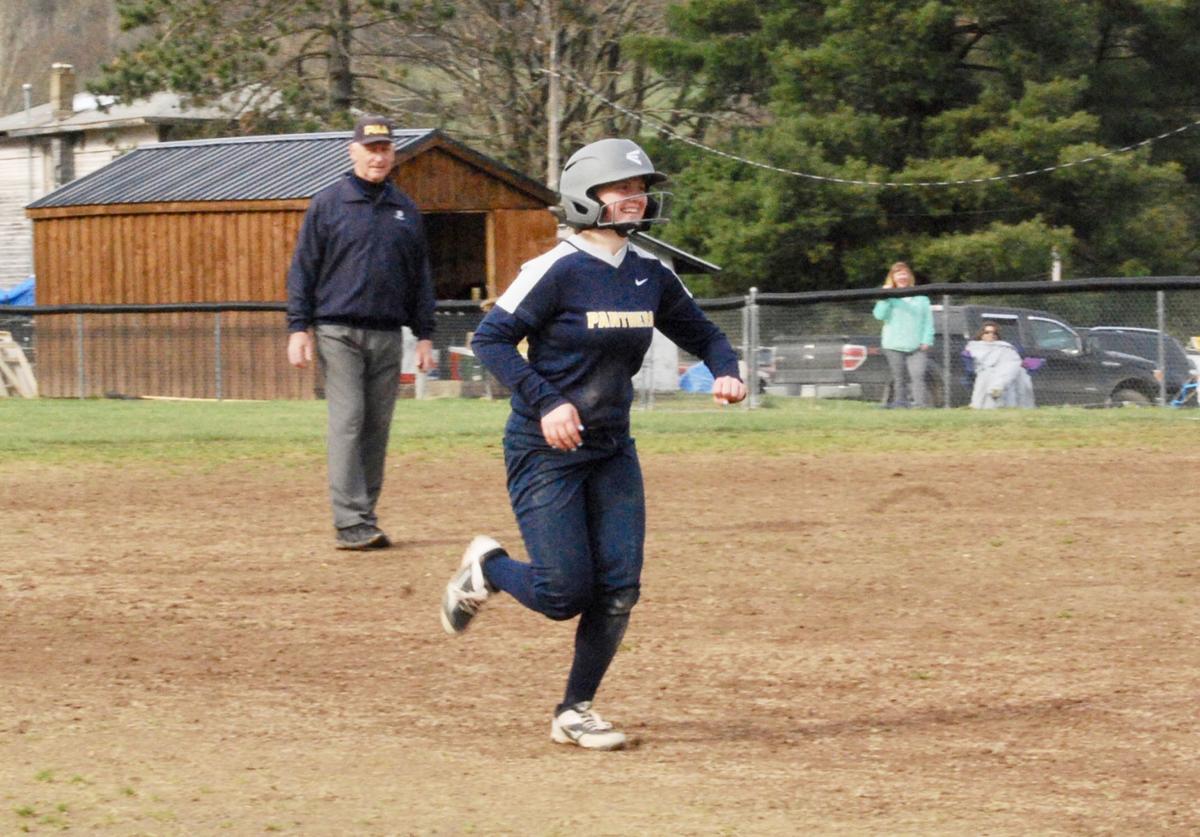 Madison Hoopes (Northern Potter) comes around third base after hitting an over-the-fence homerun in their game against Oswayo Valley. 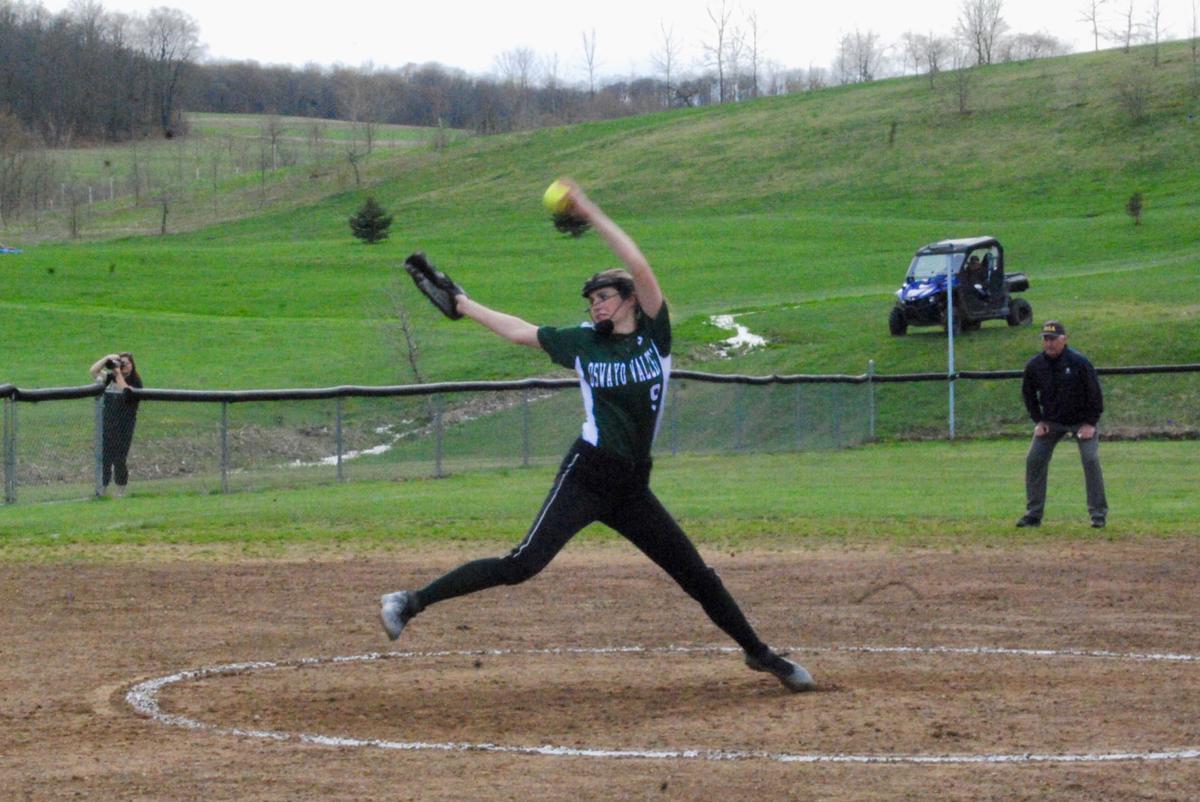 Madison Hoopes (Northern Potter) comes around third base after hitting an over-the-fence homerun in their game against Oswayo Valley.

ULYSSES -- Northern Potter softball hosted Oswayo Valley on Tuesday and won 10-6. They played a doubleheader, though the second game was suspended because of rain. Northern Potter was up 6-1 in the fourth inning.

Oswayo Valley’s Macy West and Kelsey Turk (one RBI) each scored a run, Caitlin Pease brought in three runs and had a triple.

Hyde earned the win with seven strikeouts, giving up four hits and walking one batter. K. West and Macy West combined for 10 strikeouts in the loss for Oswayo Valley.

“We had some good at bats but just could not find the holes,” head coach Andy Hyde said in an email.

Hyde struck out seven, gave up six hits and walked three. Alyssa Burchel did well for her first time on the mound, coach Hyde said, walking three. Emma Kosa closed out with one strike-out.