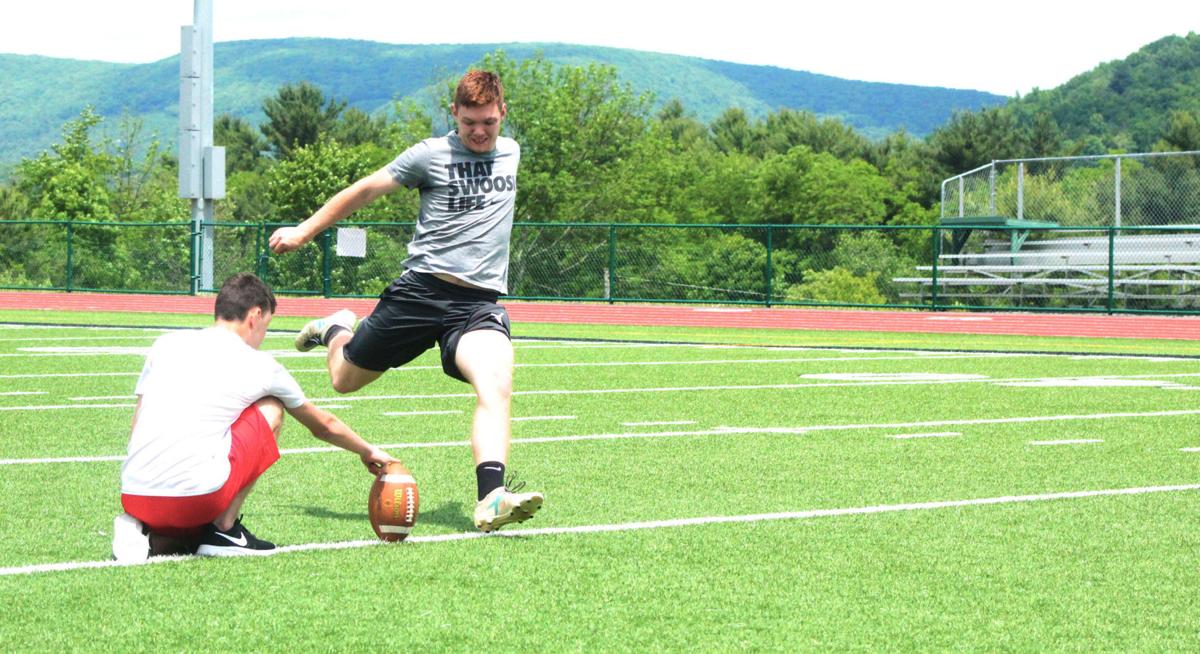 North Penn-Mansfield kicker Kevin Alexander knocks down a kick with his brother Caiden Alexander holding at the Wellsboro football field on Friday, June 19. 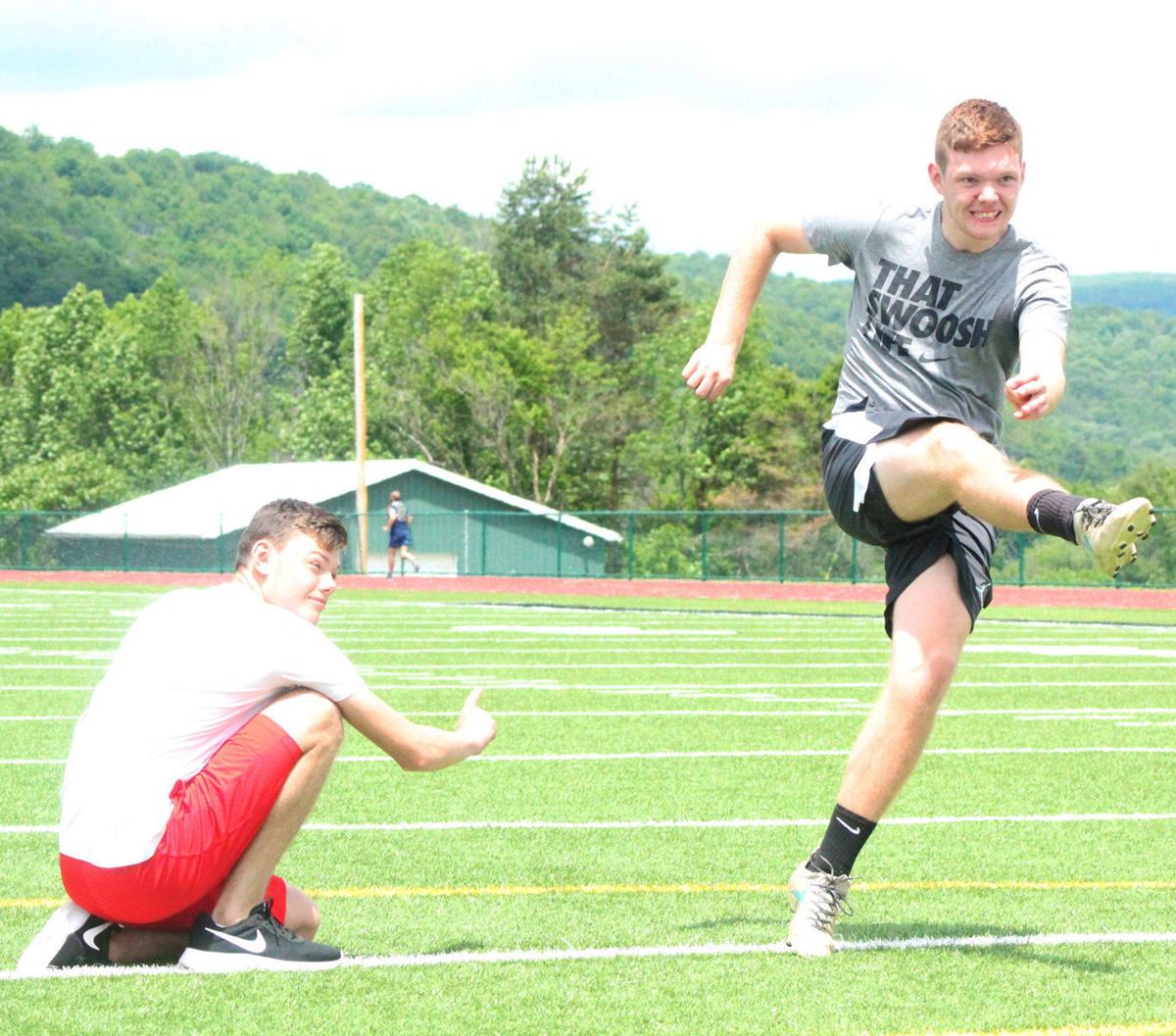 Kevin Alexander extends after kicking a field goal with his brother Caiden Alexander holding for him at the Wellsboro football field on Friday, June, 19.

North Penn-Mansfield kicker Kevin Alexander knocks down a kick with his brother Caiden Alexander holding at the Wellsboro football field on Friday, June 19.

Kevin Alexander extends after kicking a field goal with his brother Caiden Alexander holding for him at the Wellsboro football field on Friday, June, 19.

A field goal is one of the most underrated and difficult skills to perfect, especially at the high school level. Some teams don’t even rely on their kicker and opt to skip out on a 30-yard field goal or even sometimes extra points due to lack of confidence in their kicker.

Kevin Alexander of the NP-Mansfield Panthers football team has made a name for himself behind the tee over the past two seasons and where many teams have a glaring weakness at the position, Alexander has put himself in the category of one of the most reliable kickers in the entire NTL.

“I just breathe slowly and take my time,” Alexander said about his approach. “So when I get like the first three steps I go back ‘One, two, three’ and take a deep breath. Take my last two, and then just know you’re relaxed because if you think about it too much you’re going to miss.”

The distance created during those steps is imperative to the momentum the kicker will have and the spacing is pivotal to having the right flow of movement going forward, but it’s a hard thing to measure seeing as that space is completely dependent on the kicker who is taking them.

Alexander has connected on an impressive 59-68 extra points over the past two seasons as well as hitting 80% of his field goals at an 8-10 clip, and continues to improve using hardwork and determination.

From the approach all the way to the kicking motion, field goal kicking is a volatile action. One little mistake, misstep or break in concentration can lead to a miss and all of this needs to be completed while 11 opposing players rush you with only one goal in mind, block the kick. All of these factors can make kicking not only a difficult feat, but also a really pressured situation for the kicker.

“Well it’s all about form. So when you are kicking, you want to keep toes pointed out like this,” Alexander said while showing his foot completely pointed straight. “So when you kick it you need to make sure you’re following through, up all the way to your chest.”

Another underrated quality that kickers possess is flexibility and if you have ever seen a kicker in the NFL or NCAA, on the follow through you see just how high their legs come up which help with not only accuracy, but also with power. “It’s extremely important,” Alexander said about having superior flexibility for kicking.

Kicking is one of the hardest pressure situations in sports, with some players crumbling under that pressure and some thriving, and Alexander without a doubt thrives in those moments.

A key example of this was when Alexander knocked through a 32-yard field goal in the District Playoffs that gave his team a lead over their rival Wellsboro and was a big part in their 10-point win.

“I try not to think about all of that,” Alexander said. “I just kick the ball. That’s all that is going through my head.”

Though coming off a great junior season, Alexander has the goal of competing at a Division 1 college as a kicker and will continue to perfect his craft to achieve those goals.

A stray shower or thunderstorm is possible early. Partly cloudy skies. Low around 55F. Winds NNW at 5 to 10 mph.