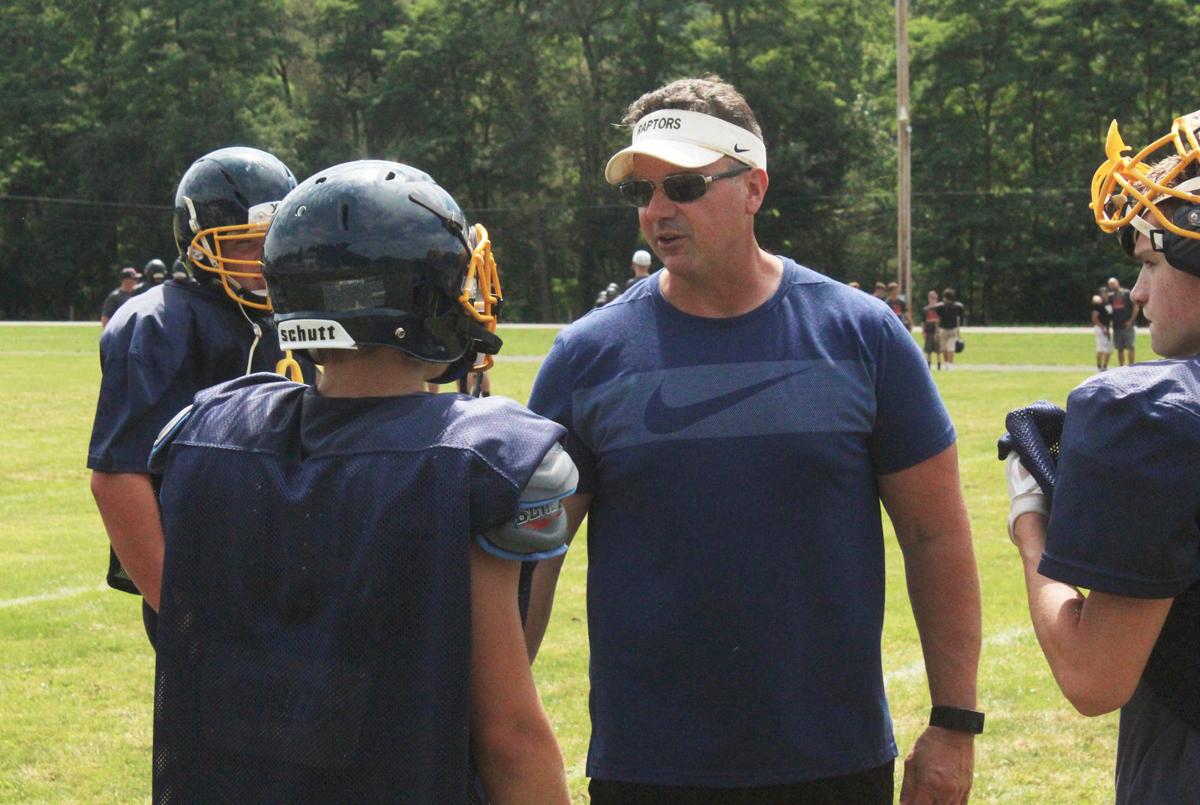 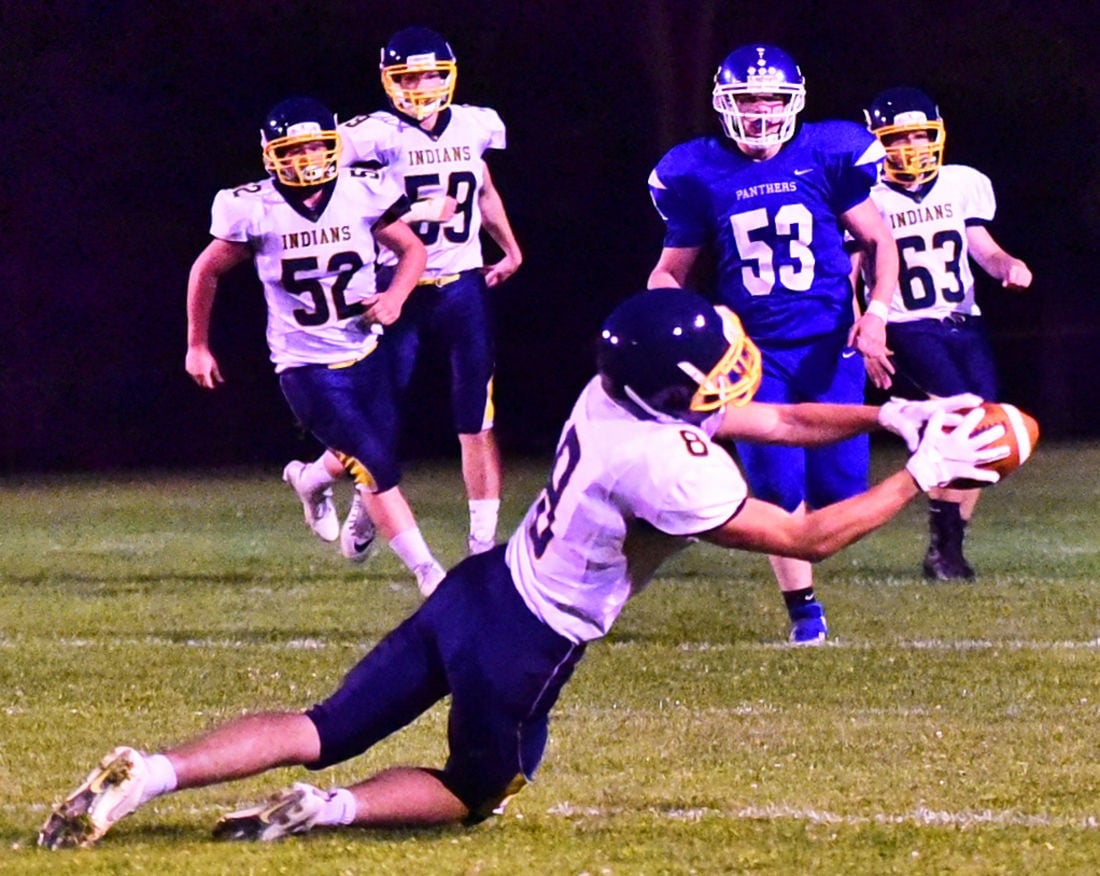 Kole Hurler lays out for a catch during the Indians 2019 season.

Kole Hurler lays out for a catch during the Indians 2019 season.

The Cowanesque Valley Indians football team made leaps and bounds last season in an attempt to turn their program around and snapped an 18-game losing streak while ending the season at 3-7. A lot of the credit for the turnaround goes to a culture change coming in the form of new head coach Mike Schmitt, who after a long and successful career across the country took the helm for a struggling CV program.

Coach Schmitt has a resume of turning around programs and most recently Colorado’s Eaglecrest High School is a school where he was able to take a struggling program and morph them into one of the strongest 5A schools in the state.

“I ended up at Eaglecrest which is where I spent most of my career as a head coach and had a lot of success there the last few years,” Coach Schmitt said. “I have a lot of experience and I’ve had a lot of success and we built stuff. It was really cool to come to CV where it was winless season and an 18-game losing streak and it’s really just about mind over matter.”

The energy on the sidelines was much different last season, and coach Schmitt brought a new energy to the team that hasn’t been seen in a long time for the program. It took some time, but the buy-in was evident when looking at the first half of the season in comparison to the second half.

In an interview in the 2019 preseason coach Schmitt emphasized “Getting better every game.”

Though normally a cliché’ in coaching, CV exemplified that statement and will look to continue to grow next year.

“I’m a teacher,” coach Schmitt said. “I’ve been teaching like this my whole life, I got into this gig to teach and coach football. I think in my past, coaches that I worked for and coaches I played for are great teachers and great coaches. I don’t think you can be one without the other.”

As the CV football program continues to push their way forward, there are some major holes to fill. With seniors Seth Huyler, Kole Hurler and Owen Fitzwater graduating, the Indians will need some of the younger players to step into new roles on the team.

Tucker St. Peter is set to take over as the starting quarterback this upcoming season. Despite being a much different player than Huyler, coach Schmitt thinks that he will be great for the offense he wants to run.

“This offense is a culmination of a lot of different things. It’s a hodgepodge of things I’ve picked up through the years,” Schmitt said. “I’ve always been an option guy, but Seth had a certain set of skills we are going to use. So I changed the offense for him, so this year the offense is going to look more like what I’m used to having when we were playing in Colorado.”

On the other side of the ball, expect things to change on the CV defense as well. With tackling-machine Fitzwater leaving a gaping hole in the defense, the Indians will be using a different look and will be looking for senior Mikey Sipps to play multiple positions and lead the defense.

“We are going to switch up the way we run our defense this year,” Schmitt said. “Mike Sipps was hurt last year, he’s going to be a junior, he’s a good wrestler and just a real tough kid. Just a quality young man. I really like him a lot. So we are going to switch up our defense a little bit and try to create a defense where he can become more of a rover so we can put him into different positions to be successful.”

To learn more about the Cowanesque Valley football team make sure to check out next week’s What We Hear In the Northern Tier to hear the full interview.

What We Hear in the Northern Tier: Michael Schmitt talks off season impacts, 2020-21 season

On this week's podcast, sports reporter Nick Coyle talks with Michael Schmitt, head coach of the Cowanesque Valley football team, about the im…

Scattered showers and thunderstorms. A few storms may be severe. High 81F. Winds SSW at 10 to 15 mph. Chance of rain 60%.

Thunderstorms during the evening followed by a few showers overnight. Low 56F. Winds WSW at 10 to 15 mph. Chance of rain 80%.

Intervals of clouds and sunshine. Slight chance of a rain shower. High 72F. Winds WNW at 10 to 15 mph.