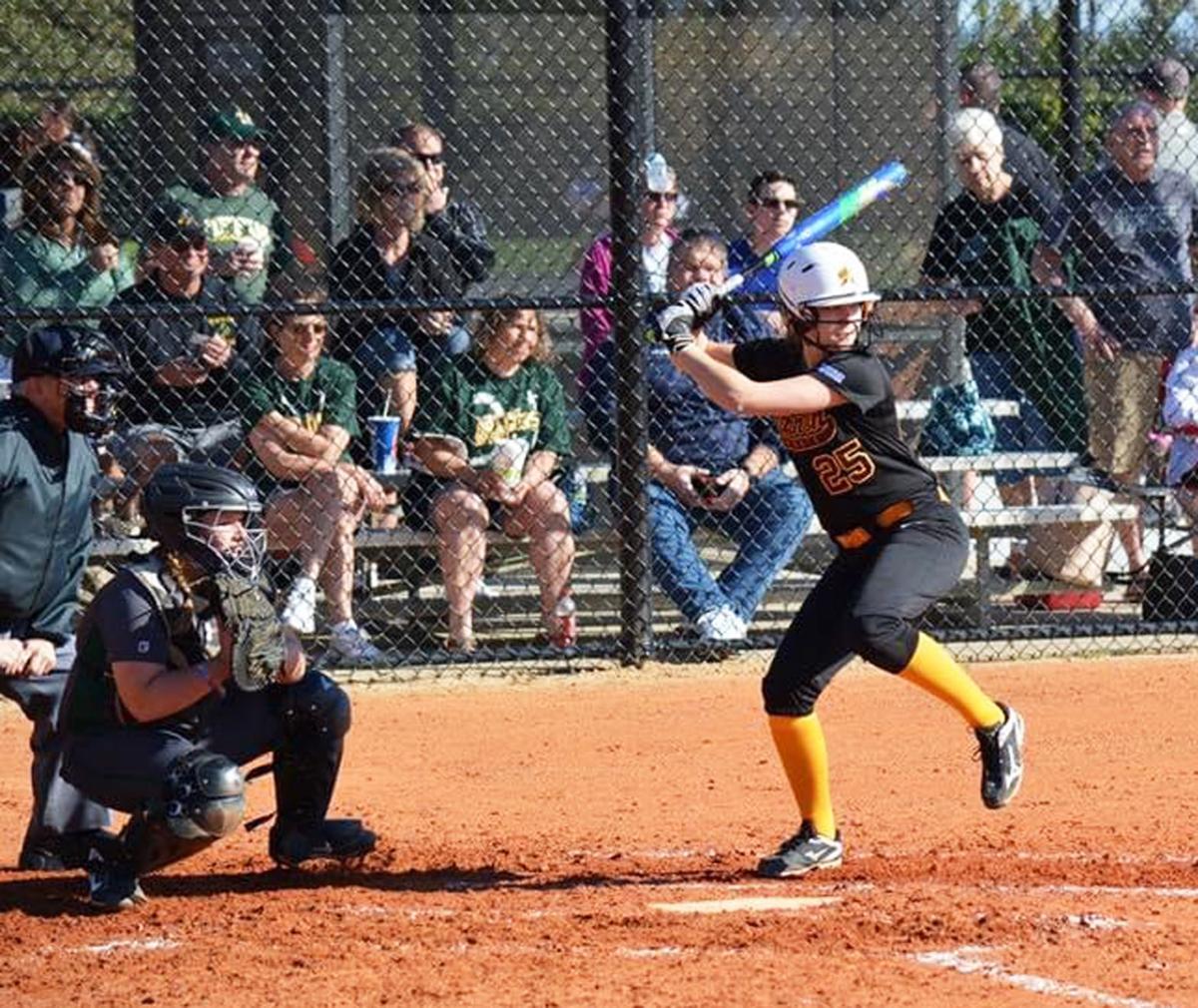 The Wellsboro Hornets fell to Lewisburg in their final game in the District Playoffs but return nine seniors in 2020.

Sarah Ingerick looks to tag out a runner during her high school career with Wellsboro Hornets softball.

The Wellsboro Hornets fell to Lewisburg in their final game in the District Playoffs but return nine seniors in 2020.

Sarah Ingerick looks to tag out a runner during her high school career with Wellsboro Hornets softball.

Sarah Ingerick, Wellsboro graduate of 2016, illustrious softball career came to an end this season as her senior year closed abruptly during the 2020 season at Gannon University.

Ingerick has racked up a number of impressive accomplishments during her athletic career and during her junior year with Wellsboro Ingerick was part of the first ever District Championship softball team and was also one of the top three-sport athletes in the past decade for Wellsboro.

In a Hornets uniform, Ingerick was most well-known for her play on the softball diamond and still to this day holds the all-time hits record of 113 hits, and was one of the most prolific hitters in Wellsboro softball history.

Ingerick was also named the NTL Athlete of the Year in 2016 for her performance in not only softball, but for her accomplishments on the basketball court and soccer field as well.

“I played softball, soccer and basketball for four years at the varsity level,” Ingerick commented on the sports she played in high school. “My junior year, we won Districts for the first time. It was a really cool moment we shared as a team, we played travel ball together so we have been playing together since we were 12 years old. We even played Holy Redeemer in the closest game in their State Title run. “

Though softball was her first love, Ingerick was talented in many other sports during her time in Wellsboro, and put together an impressive career on the basketball court where she hit the coveted 1,000 point mark.

With all of her success for the Hornets, Ingerick continued her love for the game as she attended Gannon University and put together a strong college-career on the softball field for the Hornets.

Though the transition from high school to college can be tough for many athletes, Ingerick was able to overcome those obstacles and put together a successful individual career at Gannon University as well as accomplish many team goals.

“Going from high school to college, the speed of the game is the biggest adjustment,” Ingerick said. “Runners are quicker and pitching is tougher, faster and has a lot more movement. It Takes a lot of effort and failures.”

During her time with Gannon, Ingerick started slowly her freshman year, but ended up putting together a fine career and after batting .261 she upped that total like clockwork every season.

In her sophomore year she upped that number to just under .300 and was a big part of Gannon taking home a PSAC title for the first time in many years.

During her junior year, Ingerick continued to improve on those numbers, and batted an incredible .391 showing her ability to adjust to the speed and pace of a much different game than on the high school level.

Though her career was cut short during her senior season, Ingerick was still very thankful for the people she got to play with and coaches who guided her during her career.

“I definitely learned a lot and had great coaches there who coached me. I wouldn’t change any of it for the world. The girls I met there and played there were amazing,” Ingerick said.

When Ingerick heard the news of the cancellation of the remainder of the season, it was after Gannon’s home opener of the season. Though it has been a hard time for her and her teammates, they have rallied together during these strange times.

“It was very tough, we ultimately have leaned on each other. We got our home opener in, which did help. We also got to play 15 games and are also planning our senior banquet. It’s nice to have that to look forward to,” Ingerick said.

Though her playing career is behind her, Ingerick will continue to try and be involved in softball in the future and is going to Cornell to obtain her masters in engineering.

“I am actually going to Cornell next year, for a masters in engineering. I Want to volunteer with the team (Cornell),” Ingerick said. “It has changed my life and I want other people to get the experience the same thing.”

With Ingerick coming from a small school, she also had a message for other athletes who are aspiring to perform at the next level.

“Coming from a small town and a small school, you can still have success in the bigger picture. It is a huge accomplishment to play at the next level, whether it be D1, D2 or even D3,” Ingerick said.

Scattered showers and thunderstorms. A few storms may be severe. High near 80F. Winds SSW at 10 to 20 mph. Chance of rain 60%.

Partly to mostly cloudy skies with scattered thunderstorms during the evening. Low near 55F. Winds WSW at 10 to 15 mph. Chance of rain 60%.