Duncan Zeafla scored a team-high 23 points for the Liberty basketball team with 18 points coming in the second half to help push his team past Addison last week. 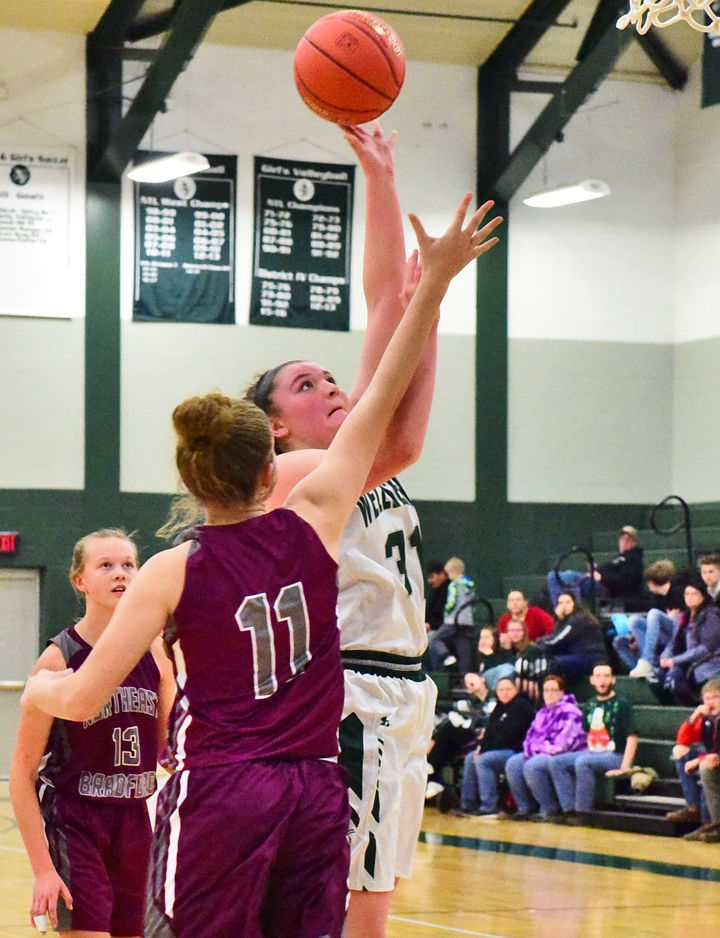 Duncan Zeafla scored a team-high 23 points for the Liberty basketball team with 18 points coming in the second half to help push his team past Addison last week.

Bailey Monks has come on strong for the Wellsboro Lady Hornets recently, and against the North Penn-Liberty girls she scored 17 points and corralled seven rebounds in the win.

Monks followed up that performance with yet another strong game against Canton where she scored 10 points in her third straight game and was one of only two players to score double figures in the contest for the Hornets.

Monks has emerged as strong down low presence this season, and is scoring just under 10 points per game and over her last three games has scored an impressive 14 per game and has helped to spark her offense in those contests.

Her strong play over the last two weeks helping lead the Wellsboro Lady Hornets to a 1-1 record is why she has earned as spot as this week’s Gazette Female Athlete of the Week.

Duncan Zeafla exploded against Addison and scored a team-high 23 points and shot an efficient 50% from the floor and scored 18 of his points in the second half to help his team pull away late.

Zeafla not only scored 23 points, but also five rebounds, two assists and four steals on the night for his team.

Zeafla has been spectacular this season, and is an important cog in the well-oiled machine that is the Liberty offense that scores right around 65 points per game and his abillity to come up with big shots for his team has helped Liberty in close games all season long.

Zeafla is averaging just over 13 points per game this season and has been the top knock-down shooter for Liberty, with 19 made threes already this season.

Zeafla’s strong play in Liberty’s victory over Addison has landed him a spot as this week’s Gazette Male Athlete of the Week.