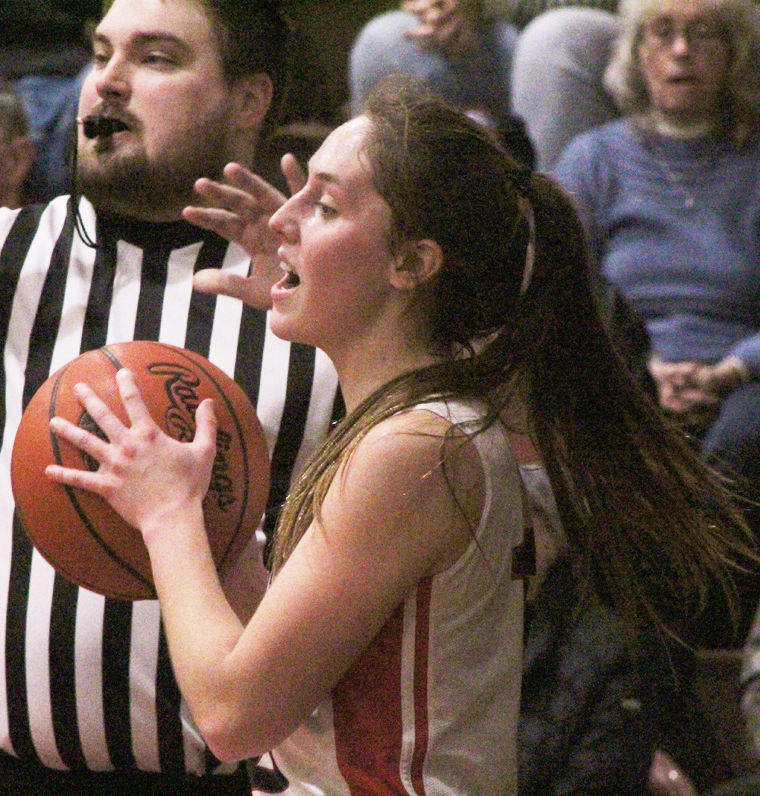 Kiersten Mitstifer inbounds the ball against Wellsboro where she led her team in scoring with nine points.

Noah Spencer scored 26 points against Mansfield to help lead his team to their first victory over Mansfield in a decade.

Kiersten Mitstifer inbounds the ball against Wellsboro where she led her team in scoring with nine points.

Noah Spencer scored 26 points against Mansfield to help lead his team to their first victory over Mansfield in a decade.

Even during the current losing streak by the Liberty girls basketball team, Kiersten Mitstifer has been improving all season, and had two of her best games of the season against Troy and Northeast Bradford.

Against Troy, Mitstifer scored 12 points, eight rebounds and three steals to keep things close in a tough loss for the Liberty girls.

Mitstifer then followed up that performance was another solid outing, scoring 11 points to go with nine boards, an assist and a steal on the night in a near double double performance.

Mitstifers solid performances over the past week to help lead her team is why she is named this week’s Gazette Female Athlete of the Week.

Noah Spencer had one of the best performances of his young career. Spencer scored 26 points, dished out six assists , brought down seven rebounds and hit mutiple big shots for the North Penn-Liberty basketball team to give them their first win over Mansfield in a decade.

During the game, Masfield came out and pulled away from Liberty on multiple occasions, but it seemed that the whole gym could feel that Spencer would make big plays every time he touched the ball.

With seconds left, Spencer hit the shot of the night, where he weaved from the baseline through two defenders, finished the drive with a layup give his team a late lead.

His crunch-time performance has landed Spencer as this week’s Gazette Male Athlete of the Week.

Sunshine and some clouds. High 36F. Winds light and variable.