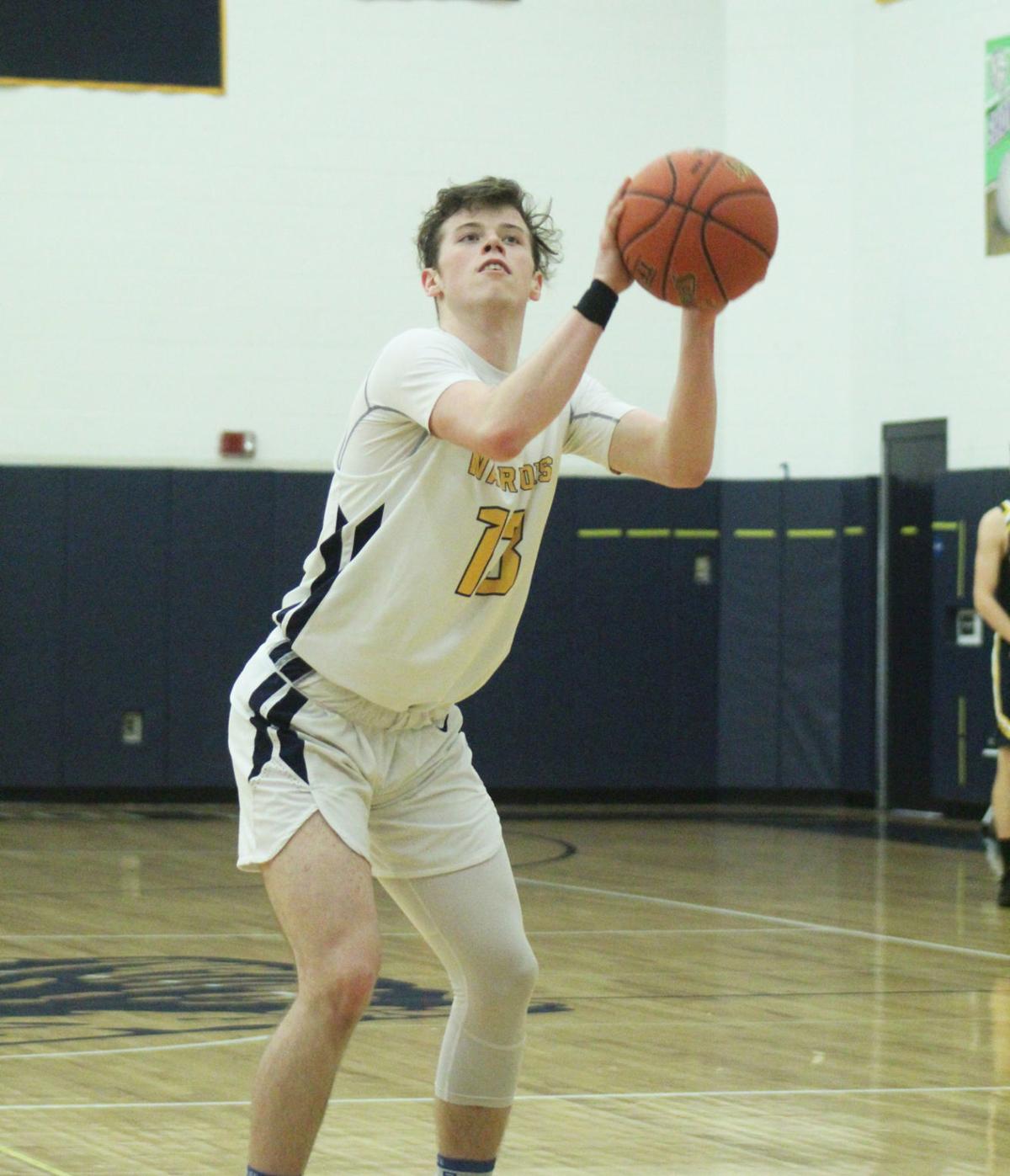 Kolby Allen knocks down a third quarter free throw to make him the seventh player in Williamson Warrior history to reach the 1,000 point mark on Monday, Feb. 10. 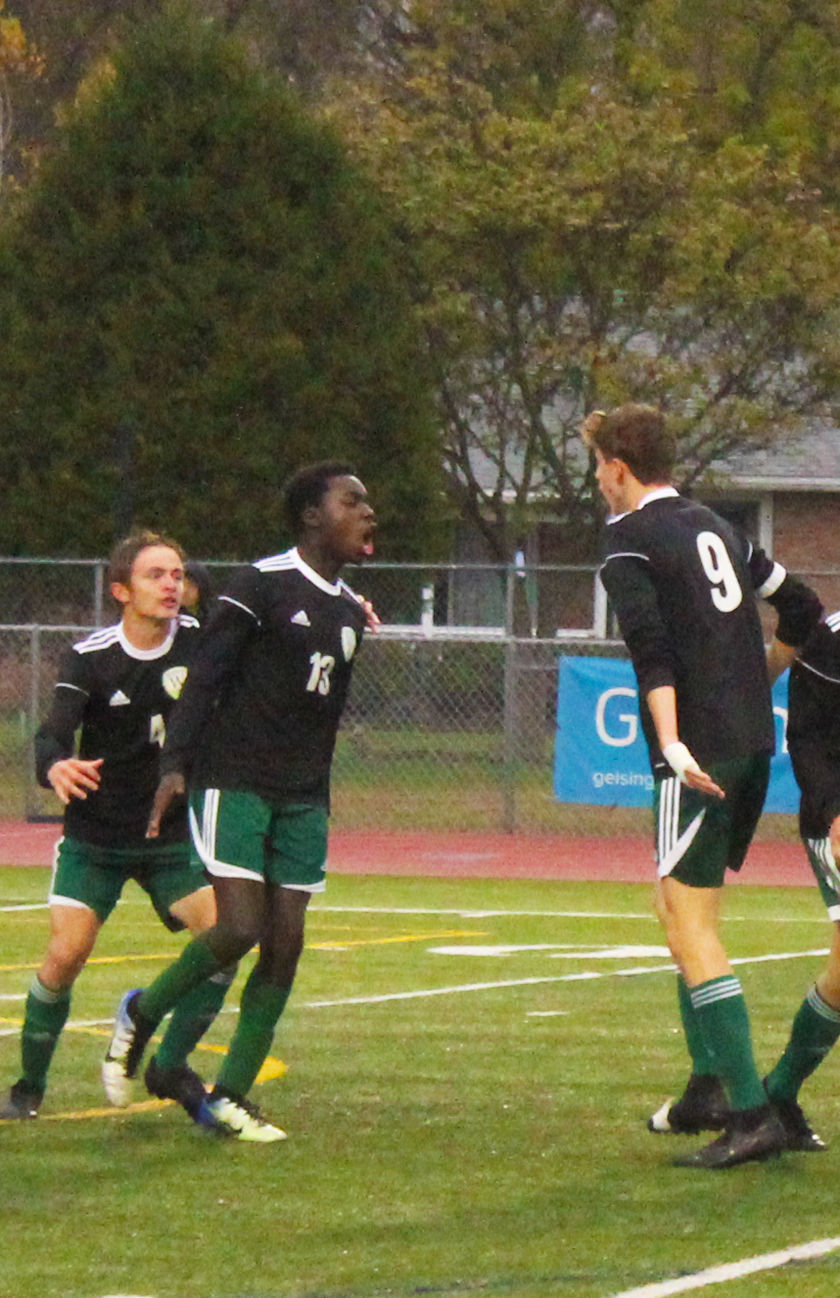 In the Wellsboro Hornets contest against Danville, Joseph Grab was able to score the game winning goal to propel them to the next round of the playoffs on Saturday, Oct. 26.

Kolby Allen knocks down a third quarter free throw to make him the seventh player in Williamson Warrior history to reach the 1,000 point mark on Monday, Feb. 10.

In the Wellsboro Hornets contest against Danville, Joseph Grab was able to score the game winning goal to propel them to the next round of the playoffs on Saturday, Oct. 26.

With the cancellation of the remainder of athletic competitions for this current year of sports, the Wellsboro/Mansfield Gazette and Free Press-Courier will be looking back at some of the most impactful, close and exciting contests.

We will be counting down the top 10 games from this season in a five week series with number four and three being released today and two spots being released weekly.

If you have any input or nominations for which game should take the top spot, send an email to ncoyle@tiogapublishing.com.

With the last game of the season against Northern Potter, Kolby Allen of the Williamson Warrior basketball team had an opportunity to join elite-company, with only 27 points needed to join the 1,000 point club, a group that only seven Williamson players in history share.

Williamson opened up the game in a hole, and the Northern Potter team opened up with a barrage of three-pointers led by Tre Slawson, and heading into the half were trailing 37-32 with Allen knocking on the door of history with 11 points in the books and nine to go.

In the second half, Allen took over. He scored 15 points in the third quarter and with 3:40 left in the period eclipsed the 1,000 point mark. The game stopped, Allen’s parents entered the court to celebrate their son’s accomplishments behind one of the loudest Williamson crowds of the year.

The rest of the game Williamson seemed energized, and behind a 17-point half from Allen, the Warriors turned a five-point halftime deficit into an incredible 22-point blowout.

“Well, I couldn’t have done it without my teammates cheering me on and supporting me, so it’s a great milestone,” Allen said after the game on scoring 1,000 points

During the contest, both teams didn’t give an inch on the defensive side, but Wellsboro was able to strike first and overcome sloppy, wet conditions against a defense that allows less than one goal per game (0.7) on a goal in the final moments of the half by leading scorer Kaeden Mann that gave the Hornets a 1-0 lead heading into the second half of play.

Wellsboro missed a few golden opportunities in the first half, but standout goalie for Danville Ethan Haas made save after save to keep the Danville team in it and throw off the normally potent offense Wellsboro possessed.

In the second half, the script flipped. Danville came out of the locker room with a completely different energy, and an offense that couldn’t get many good looks early, were firing on all cylinders in an effort to stage a comeback.

Danville was finally able to spark their offense at the halfway point of the second half, when they were able to set up a header on a direct kick that knotted the game up at one apiece and gave a bit of a gut check to the Hornets.

With the score tied, both teams showed a sense of urgency down the stretch, with play getting more aggressive as the game continued. The Hornets offense was bound and determined to end the game in regulation, but the Danville goalkeeper continued to deny the Hornets continuously down the stretch.

After two strong shots on goal, and the Danville keeper denying both, he went down with an injury that ended up being the deciding factor in the contest. Soon after, Joseph Grab came up with the play of the night, coming up with a big goal on a header that gave the Hornets a 2-1 lead with just over seven minutes left to play.

“We had an opportunity there, when Danville had a new keeper and so then it just came down to execution, and executing a set piece” head coach Todd Fitch commented on his team being able to capitalize on the change of personnel.