Kaeden Mann passes the ball across the field during their big home victory against the Galeton Tigers. 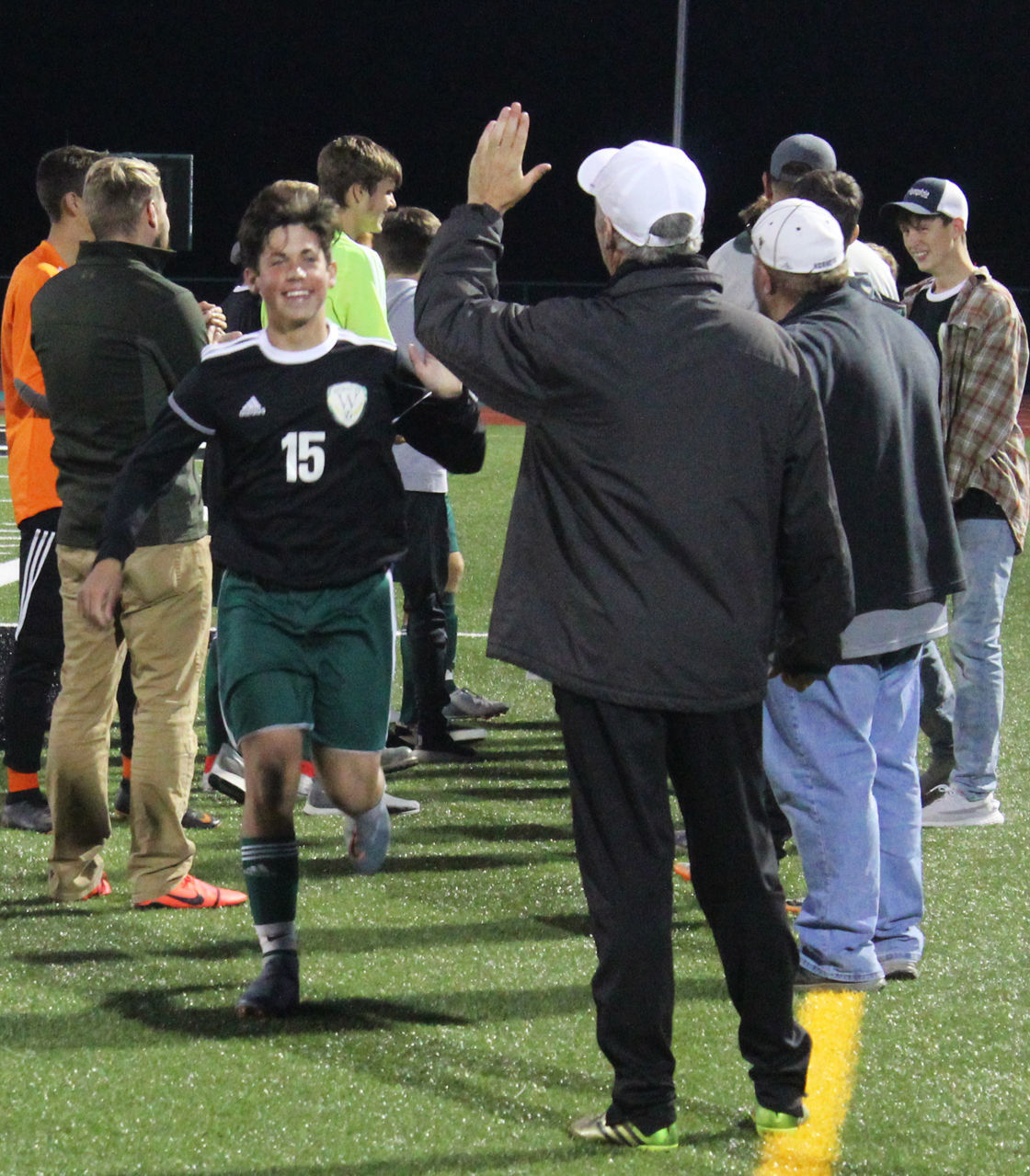 Owen Richardson scored a first half hat trick against the Galeton Tigers in a 10-1 victory at home.

Kaeden Mann passes the ball across the field during their big home victory against the Galeton Tigers.

Owen Richardson scored a first half hat trick against the Galeton Tigers in a 10-1 victory at home.

The Hornets boys soccer team is rolling into the end of the season, rattling off wins in ten of their last 11 games and have only dropped one contest in over a month. The Hornets flexed their muscle this past week against the Towanda Black Knights where they put up an absurd 18 goals on one end and shut out the Towanda squad on the other.

The Hornets have scored an average of 8.4 goals a game during this current stretch and have only allowed a minuscule average of 0.63 goals per game and arel outscoring opponents by almost eight goals per game.

Goalkeeper Ethan Ryan has only given up a stingy 13 goals all season and has recorded 39 saves throughout the season helping to anchor one of the leagues best defenses.

Offensively the team has used a very balanced approach, with a few players who have the potential to beat a team on any given night. Kaeden Mann has led the way in the scoring department, racking up 23 goals already this season and also adding 11 assists as well. Will Poirier also has been another top option for the Hornets, scoring 15 goals and dishing out 24 assists up to this point in the season.

The Hornets on Saturday against Loyalsock dropped their first contest in 10 games against an extremely talented non-league opponent in Loyal sock and lost 4-1.

Coach Todd Fitch weighed in on the loss and said “they are a good team and we needed this match to get a better idea of our level of play. Although the score suggests otherwise, I tend to think that minus a few missteps, we were right there with them.”

In their next action they hosted the Galeton Tigers in a night game on Tuesday Oct. 8.

After coming off a tough loss to Loyalsock, the Hornets had a chance to bounce back from their first loss in nine games in a home night game.

In the opening moments of the game the Tigers stormed down the field, and scored a goal on a strike by Trey Kalinski to give them 1-0 lead early in the first half. The Hornets seemed to need that reality check early, because from that point on it was all Hornets.

Owen Richardson scored his first goal of the night at the 8:44 mark on an assist from Luke Rondo to open up what would be a flurry of scores for the Hornets in the half. Richardson was able to score the next two goals as well, giving him a first half hat trick and pushing the Hornets to a 3-1 lead halfway through the first half of play.

The Hornets were able to score two more goals in the first half, with one by Jack and Will Poirier to give them a convincing lead going into the next half of play.

In the second half the Hornets continued to score at will, with five more goals to give them an impressive 10-1 win.

The Hornets are in top form coming down to the final stretch of the season, and will need to be sharp when they take on the Athens Wildcats this Thursday Oct. 10, in a battle between the two top teams of the NTL.

The Wildcats are one of the three losses on the Hornets record this season and currently sit in first in the NTL. Athens currently sits one game ahead of Wellsboro in the NTL standings.