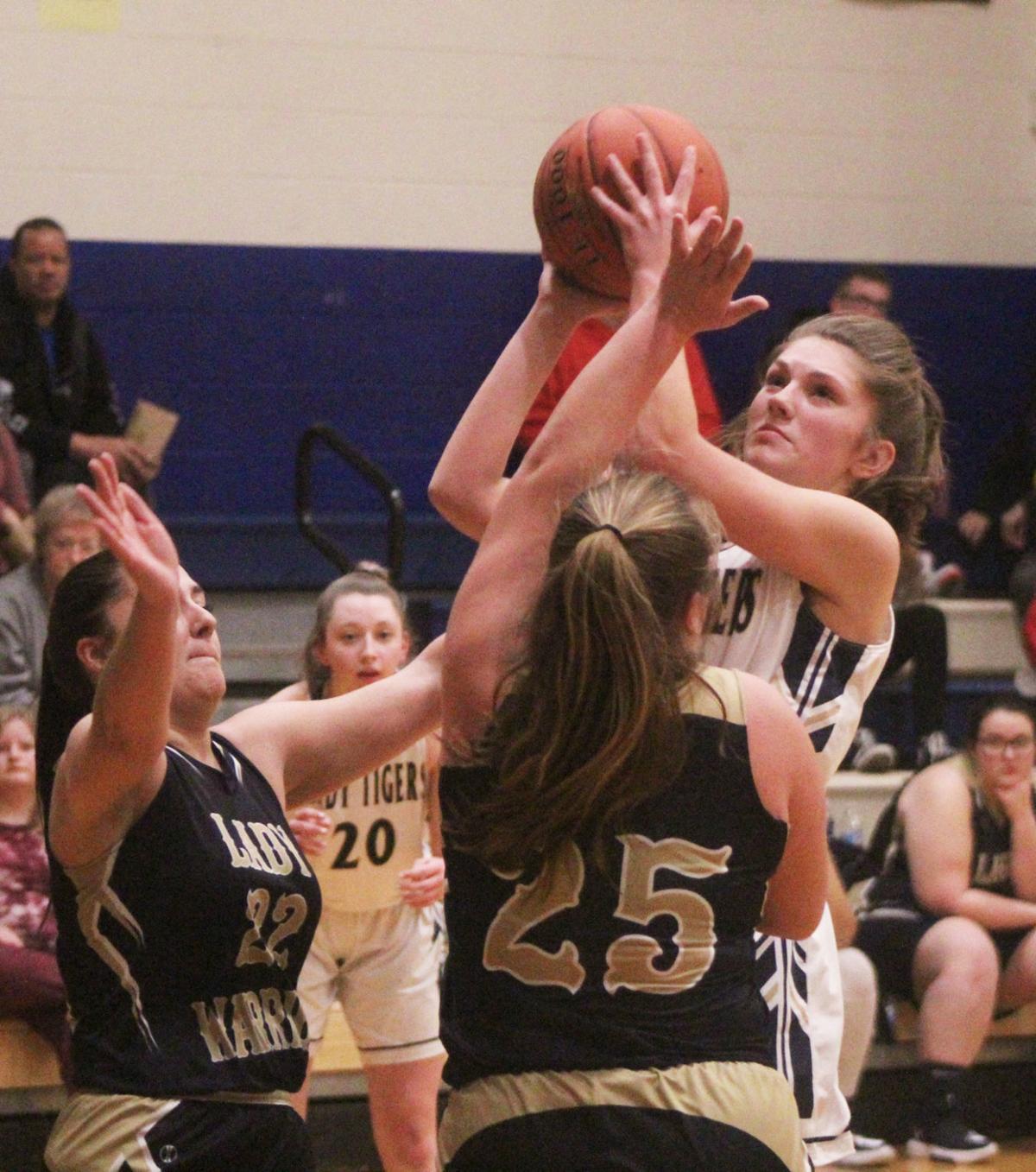 Hannah Bowens elevates over the Williamson defense for two of her eight points during the Lady Tigers 71-16 win on Thursday, Jan. 9. 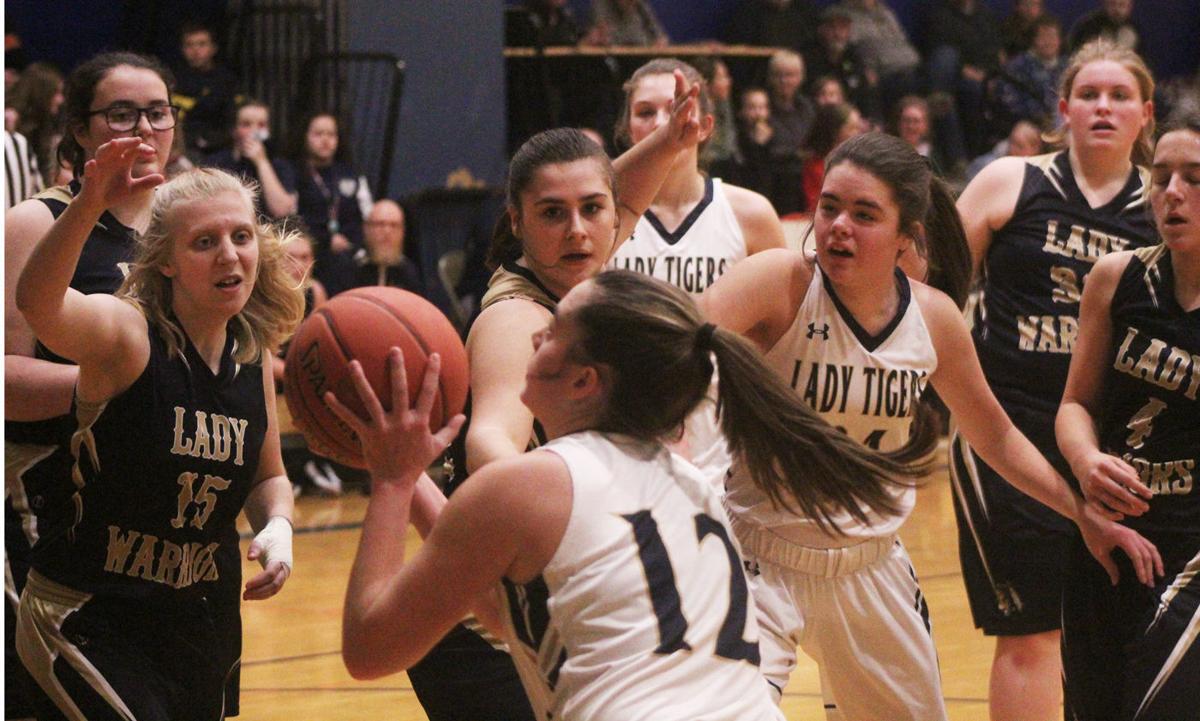 Jaime Palmer drives into middle of traffic during the North Penn-Mansfield Lady Tigers big win over Williamson on Thursday, Jan. 9.

Hannah Bowens elevates over the Williamson defense for two of her eight points during the Lady Tigers 71-16 win on Thursday, Jan. 9.

Jaime Palmer drives into middle of traffic during the North Penn-Mansfield Lady Tigers big win over Williamson on Thursday, Jan. 9.

MANSFIELD — The North Penn-Mansfield Lady Tigers (6-5) hosted the Williamson Warriors (0-9) on Thursday, Jan. 9 and put on a defensive clinic, where they only allowed 16 points in a lopsided 71-16 victory.

The Lady Tigers opened up the game pressing the Warriors, and Williamson struggled to push the ball up to their own side of the court throughout the first half.

The Lady Tigers outscored the Lady Warriors 26-1 in the first quarter and at one point held a lead of 44-1 halfway through the second.

Defense creating offense was the major theme throughout the evening, with the Lady Tigers coming up with a jaw-dropping 12 steals that propelled the Tigers in their first half dominance.

The Tigers were led by another strong outing from Jaime Palmer, who scored 12 points, secured four boards and led her team in steals with four all while sitting for a majority of the game after helping her team jump out to a huge advantage early.

The Tigers had 12 players score during the contest with Sarah Spohn coming up with 10 points as well as nine rebounds during the effort. Hannah Bowens and Shaelyn Berguson both netted eight points with Elizabeth Welch scoring seven.

The Lady Tigers traveled to Sayre on Saturday, Jan. 11 for an afternoon contest against the Lady Redskins where they won in yet another blowout victory of 61-14.

JoAnne McNamara dropped a game-high 21 points for her team including two big three-pointers. The Lady Tigers once again used a big first half to coast to a second straight win, where they outscored Sayre 32-9.

The second half was even more one-sided, as they rampaged through to the final buzzer by a score of 61-14 and their seventh win of the season.

The Lady Tigers bench continues to be a big factor in their scoring output over the past week, and they once again had an extraordinary nine players score in the win.

Elizabeth Welch had one of her best rebounding games of the year so far, as she scored six points to go along with her 10 rebounds on the night.

In their next matchup they faced the top small school team in the NTL in Northeast Bradford and were unable to string together a third straight victory.

Against Northeast Bradford the Lady Tigers were able to play one of the top teams close, and only fell by a score of 60-51.

After a slow first half, the Lady Tigers found some momentum in the final two quarters of play and after being outscored 27-17, they were able to score 34 second half point.

The rally fell short due to an offnesive explosion by Northeast in the third quarter where they were able to notch 20 points in the effort.

McNamara was able to lead all scorers with 20 points in the effort including a game-high four three-pointer. McNamara also dished out two assists and grabbed two steals in the effort.

The Lady Tigers now sitting at 7-6 on the season have a matchup against a gritty Cowanesque Valley Indians team (6-6) on the road and will need to keep putting together wins if they want to climb to the top of the NTL standings.