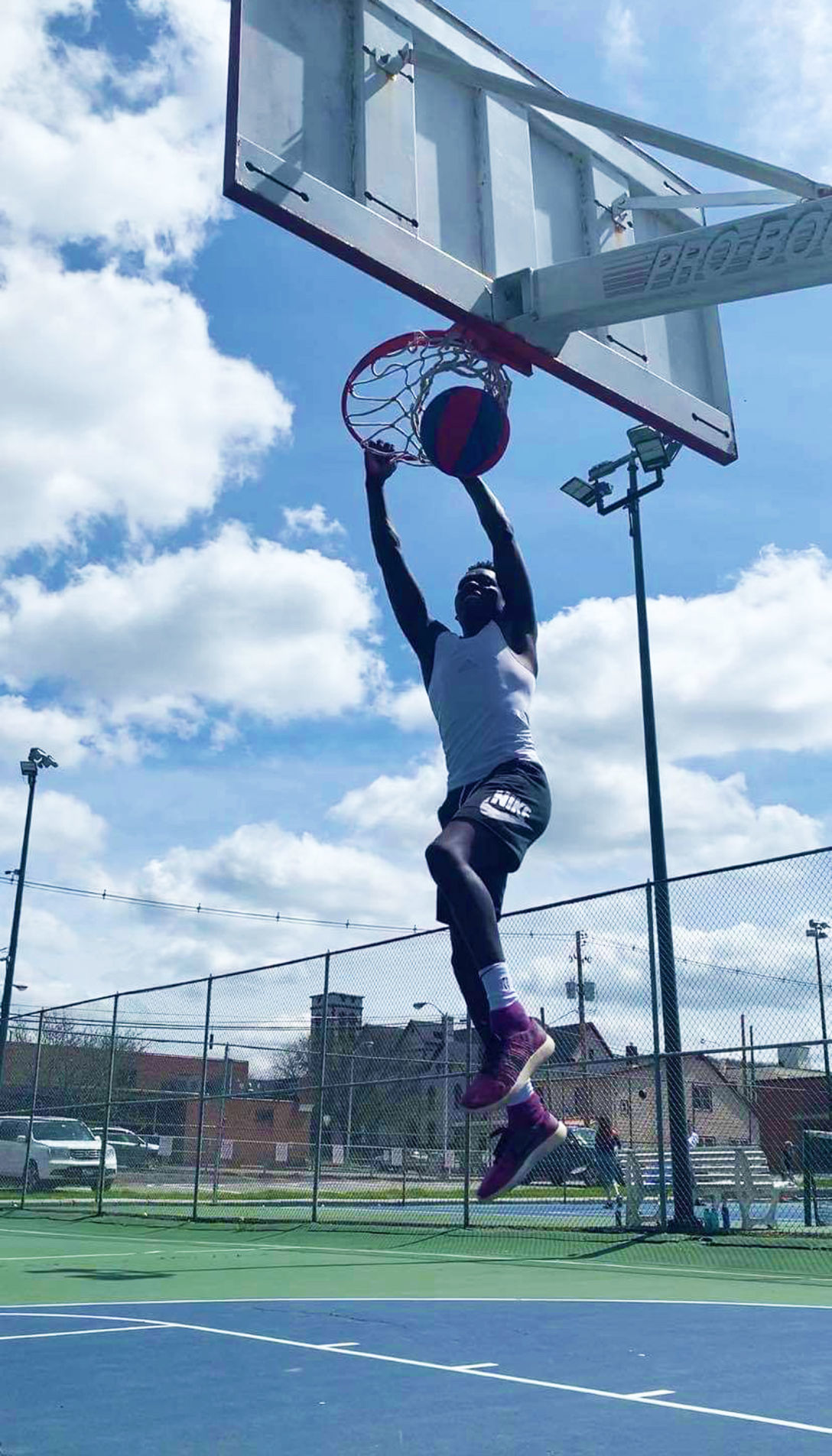 Wellsboro Hornets’ Joseph Grab goes up for a two-hand slam at Packer Park. 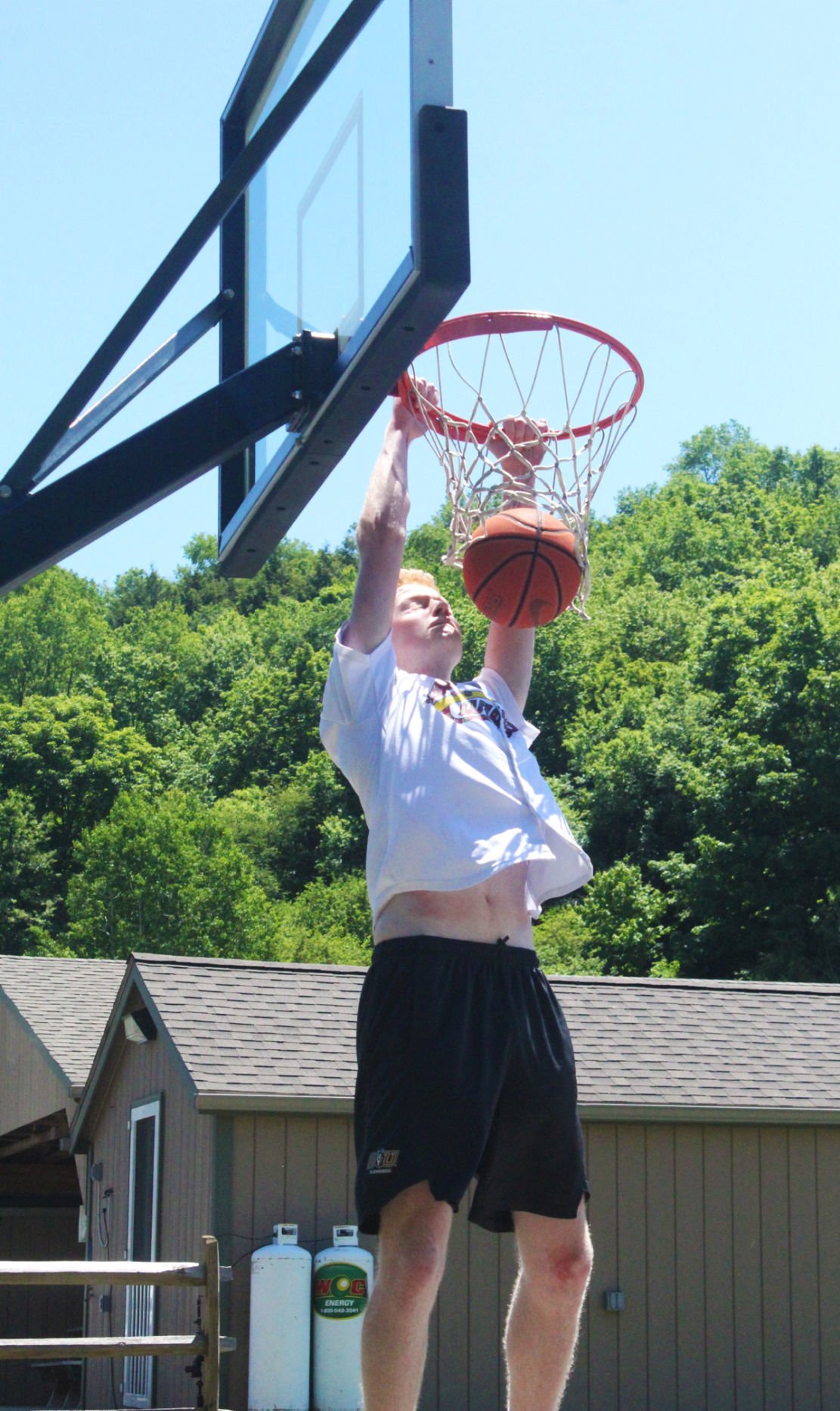 Brandon Thompson throws down a two-handed dunk at the basketball courts in Liberty. 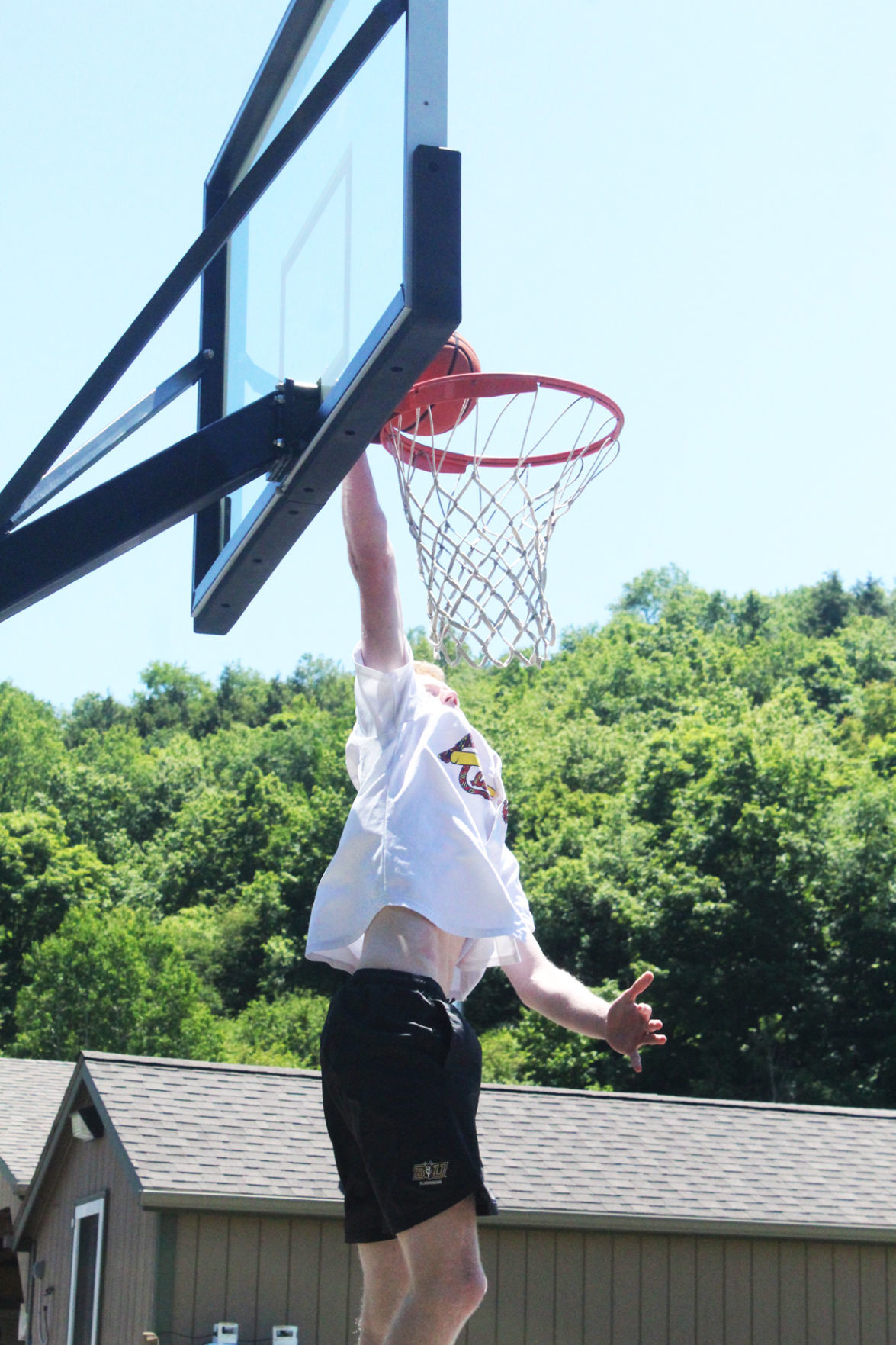 Brandon Thompson throws down a one-handed dunk at the basketball courts in Liberty.

Wellsboro Hornets’ Joseph Grab goes up for a two-hand slam at Packer Park.

Brandon Thompson throws down a two-handed dunk at the basketball courts in Liberty.

Brandon Thompson throws down a one-handed dunk at the basketball courts in Liberty.

One of the most compelling and mesmerizing moments in all of sports is the athletic phenomenon of the dunk.

When watching the NBA or even NCAA basketball the players make it look so easy as they glide through the air with their seven foot wingspan and 40 inch vertical, but for a majority of the public it is basically an unattainable feat and a piece of art to the sports community.

In high school basketball, there are a select few players who have reached that plateau, but Tioga County is lucky to have two different local players starting to master “the art of the dunk.”

Both players are able to perform the feat with a different set of skills, but no matter the size or jumping ability of a player the feat is equally impressive.

The first player, if you ever look on Facebook, that has really embraced this art is star guard for the Wellsboro Hornets, Joseph Grab.

“I actually had a trainer,” Grab said about some of the work he put into being able to dunk. “It was a lot of jump roping and also plyometrics are big.”

At 5’10”, Grab isn’t your prototypical dunker. He uses his elite athleticism to soar in the air and with a jaw-dropping vertical and can get up with the biggest and baddest in not only the NTL, but all of District 4 basketball.

“I have a weight vest at home,” Grab said. “So I do jump roping, squats and jump workouts where I have my weight vest on. Also resistance training and then some of it just the god-given ability that I naturally have.”

Even with raw athleticism, dunking is an ability that takes constant effort and form that many players don’t have the drive to achieve. From jumping to being able to palm a basketball there are many challenges and work that gets put into being able to master the art of the dunk.

“When I first started I couldn’t really palm the ball,” Grab said. “I grew a little bit and my hands grew so it was easier to palm the ball. But I had figured out a way to dunk it before that, I kind of learned how to cup the ball a little bit to get it up and over.”

When it comes to getting where you need to dunking-wise, Grab does the most important thing an aspiring dunker can do, which is put in the work..

As the culmination of hard work continues for Grab in his journey to perfect the art of dunking, expect to see the Hornets standout athlete throw down the hammer at least once next season and when asked if we will get to see some dunks in the 2020-2021 season, Grab simply said, "Definitely.”

The second player who is mastering the art of the dunk is none other than a towering Brandon Thompson from North Penn-Liberty.

Thompson stands at 6’7” but his wingspan looks closer to the 7’ range. Thompson uses his height and length to throw down mean dunks, but even with those attributes the process from taking off, to palming the basketball all the way to getting it through the basket is nothing to scoff at.

“I just was watching videos but so much just comes down to timing and timing is clearly the most important things,” Thompson said.

Also from the paint, big men need to explode straight up in the air from a smaller platform than many guards who get the opportunity to get a running start towards the rim.

“You don’t want to take off from too far away,” Thompson said. “If you do that it can just take all of the energy out of you. It all depends on if you’re going off one foot or two feet, but generally off one foot like three or four feet away and off of two feet a little bit closer.”

The amount of time, effort and focus it takes to achieve the ability to dunk is one of the most sought after abilities in the basketball community. Even if you can barely do it, you are seen in elite-company especially at the high school level and some of those dunks can create some of the best memories for players.

“Against the South (Williamsport) boys team it was definitely the most energy and one of the best moments,” Thompson said about his favorite in game dunks. “It feels amazing.”

Though both of these players are much different, the art of the dunk has many forms, all just as compelling as the last. Kudos to these two young players for putting the time and effort in to get themselves to the point where they might potentially send an entire gym into a frenzy. Look out next season to see these two athletic anomalies possibly throw down a crowd-stopper in your hometown gym.