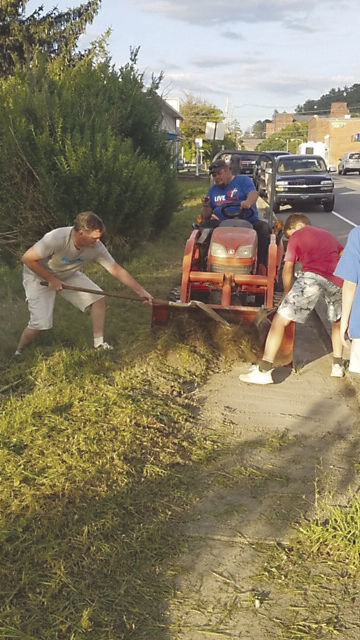 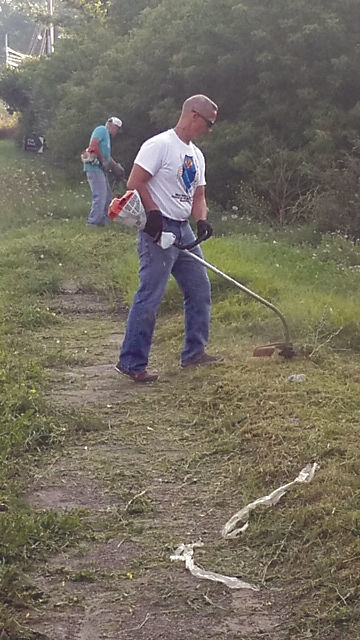 Members of Loving Mansfield work on cleaning spaces in Mansfield.

Members of Loving Mansfield work on cleaning spaces in Mansfield.

MANSFIELD — A group is aiming to restore hope in Mansfield by taking ownership of the community and working toward solutions to problems everyone faces. Loving Mansfield is a community improvement group that originated at the Church of the New Covenant in Mansfield, but it’s not a religious group.

The group emerged in the spring and gained a lot of traction over the summer. For a few hours a month during the summer, the group would get together and clean up areas of downtown — parks, streets, walkways — and then go out for ice cream after. Around 20 people showed up for the first street clean up and by the last clean up in November, the group had grown to more than 30 people. Everyone brought their own tools and gloves and just got to work.

“It’s been wonderful to see a group of positive people coming together,” Dawn Hull, executive director of the Mansfield Chamber of Commerce, said. She said the group is a hidden gem that had the snowball effect; when a handful of people saw great things coming out of it, more people joined in.

The group encourages people to notice the challenges the community faces and then do something about it. It’s easy to complain about something, but sometimes the answer is as easy as going out and pulling weeds once a week.

Steve McCloskey, a Mansfield Borough councilman, said he joined the group a couple of times this past summer and the spirit of accomplishment and making things better in the area was a soul-lifting experience.

“Everything about it is such a positive, feel good, pride-inducing endeavor,” McCloskey said. He added that Loving Mansfield is one of the best things that has happened in Mansfield in a while.

At the beginning of the school year, Loving Mansfield put together goodie bags for teachers at Warren L. Miller Elementary School with a Wal-Mart gift card, hand sanitizer, socks, lotions and chocolates from Highland Chocolates. They also included a note of support from members.

“One of the very instrumental things that we are doing on an ongoing basis is to support and strengthen the heart and the hand of the teachers in Warren L. Miller Elementary School,” Scafidi said.

Loving Mansfield member Mara Wilcox’s mom works at Warren L. Miller and said there was a lot of excitement around the bags.

“It shifted the atmosphere a little bit of, ‘you’re not in this alone.’ I think that’s the heart of what we’re trying to do. Celebrate what’s great in our community and strengthen people who have been carrying the water,” Wilcox said.

Sierra Irizarry, of Loving Mansfield, said it’s more than just what the group can do, it’s also about supporting others.

To get there, the group has been taking surveys on what people love about Mansfield, some challenges they see in the community and how they think it could be solved.