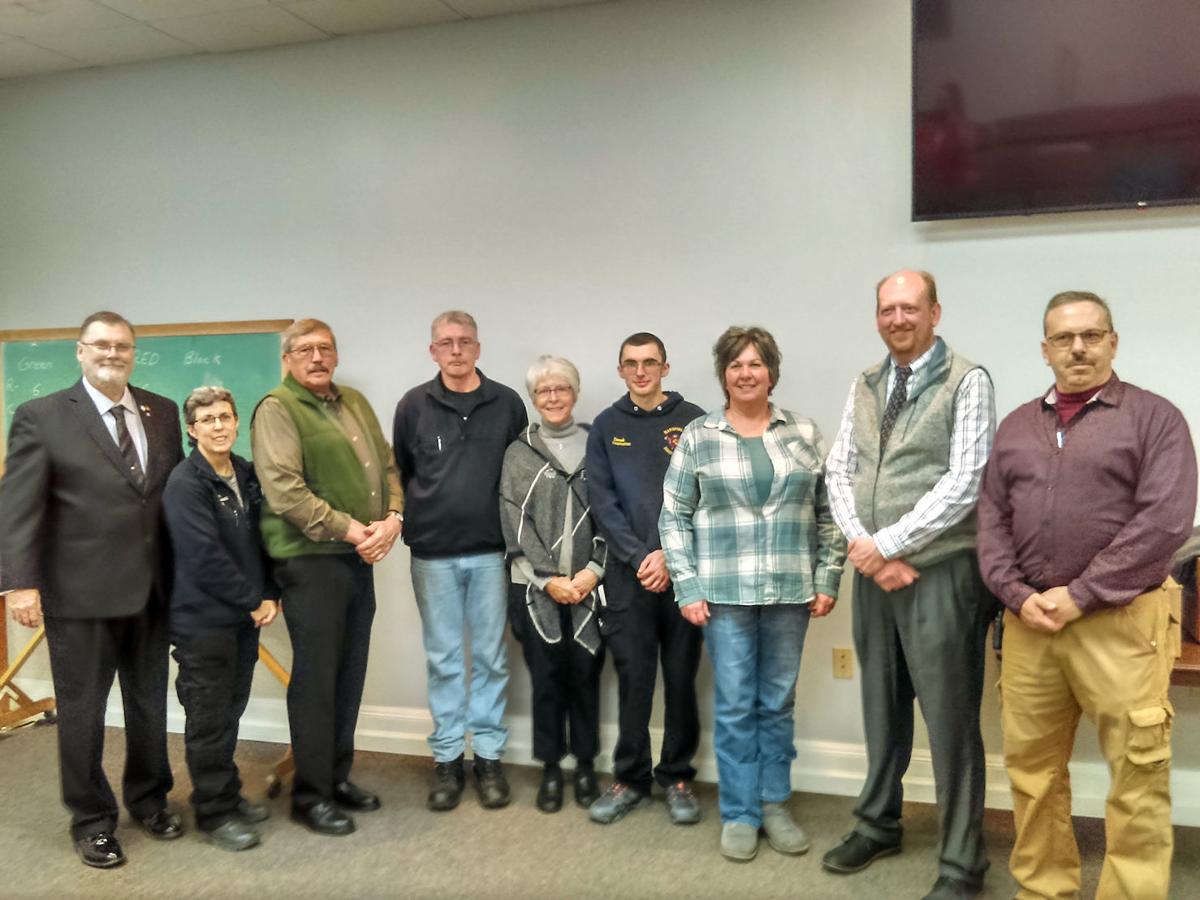 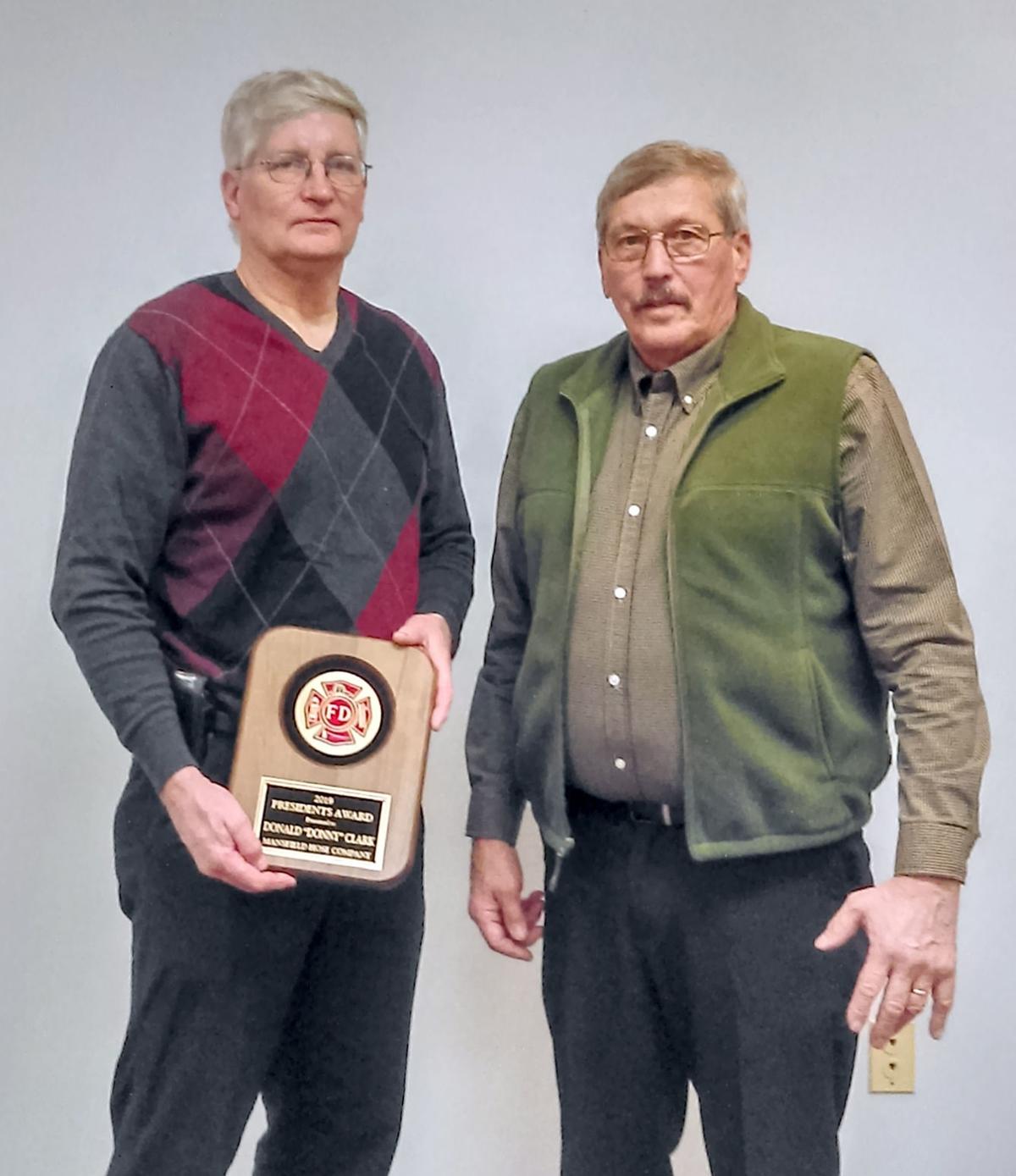 The Mansfield Fire Department’s Auxiliary presented the fire department with a $5,001 check to go toward the truck fund to replace the rescue truck during the department’s annual banquet on Jan. 18.

Fire Chief Jim Welch awarded Josh Clark with the Firefighter of the Year award. Clark went above and beyond the basic duties of a firefighter and helps out with anything and everything he can, especially with transporting trucks and service calls.

Fire department president Earl Goodrich presented the President’s Award to Donnie Clark for his overall and administrative support to the company.

Tanya Kuhl was recognized for her years of service as the ambulance association’s treasurer.

Candy Clark, auxiliary president, awarded the Auxiliary Award to Joe Chappel to recognize his help in planning dinners and providing food and beverages to fire fighters on scene of incidents.