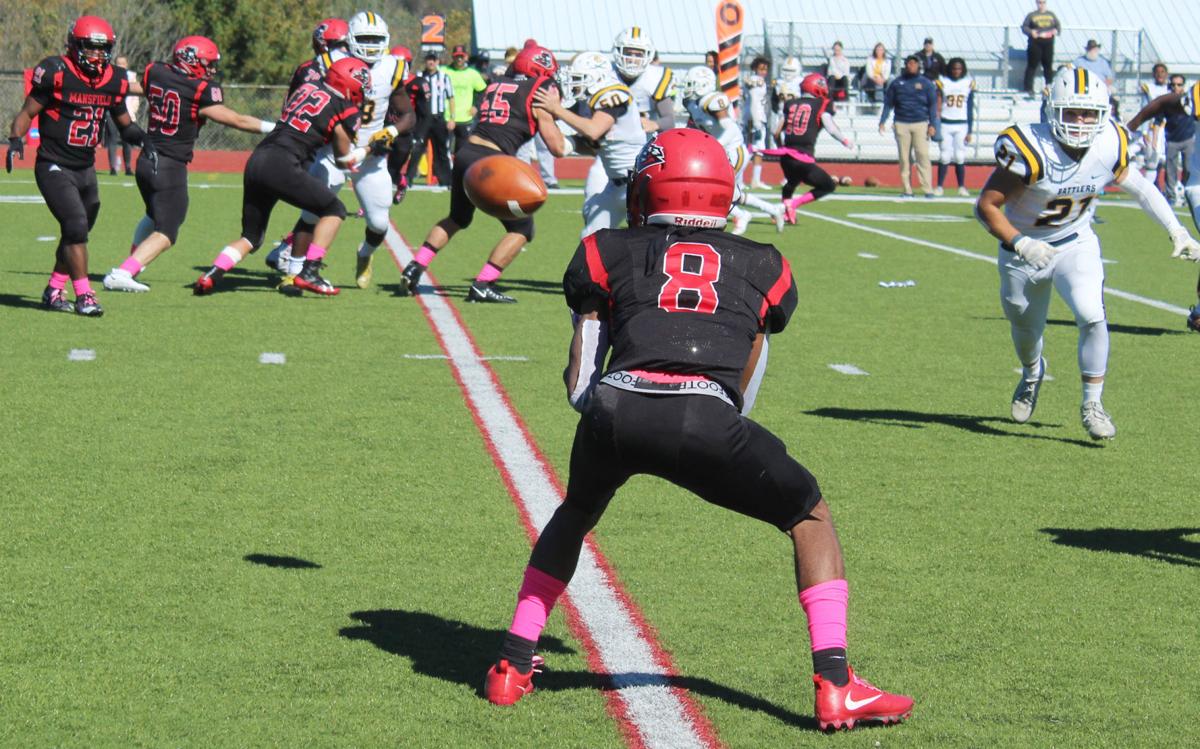 John Rogers hauls in one of his six catches on the afternoon during the Mountaineers Homecoming victory. 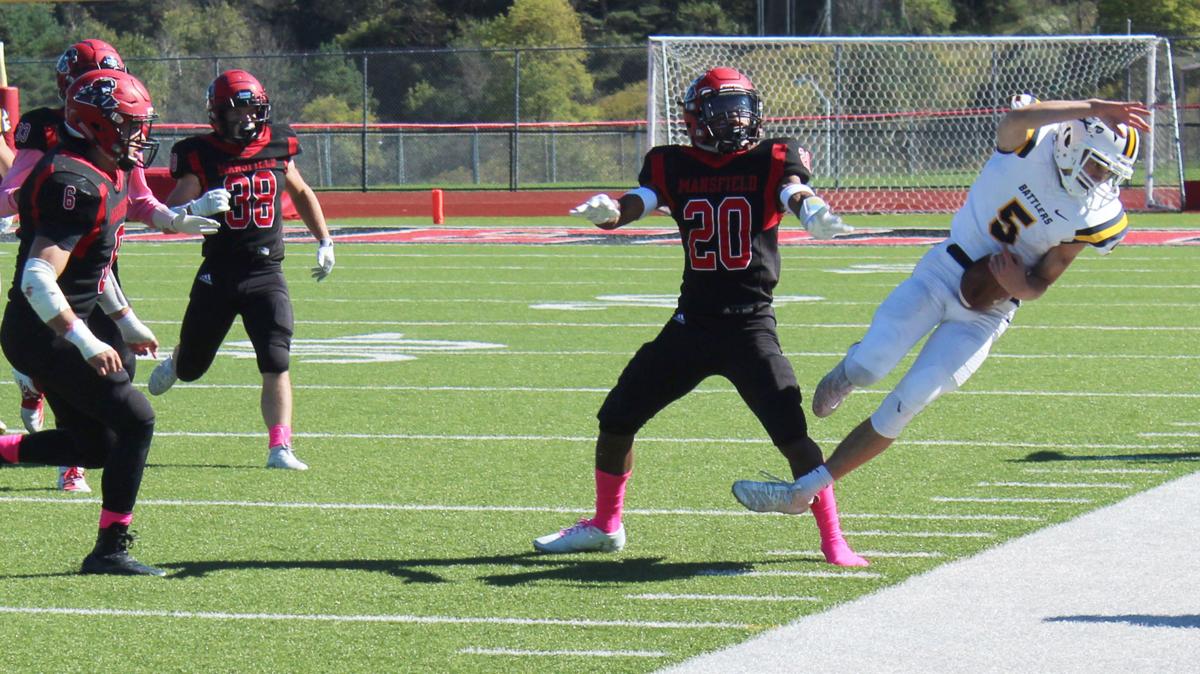 Defensive back Brandon Allen sends a Battler player flying after a huge hit during the Mountaineers victory.

John Rogers hauls in one of his six catches on the afternoon during the Mountaineers Homecoming victory.

Defensive back Brandon Allen sends a Battler player flying after a huge hit during the Mountaineers victory.

The Mansfield University Mountaineers football team have put together their best start in the history of the sprint football program coming up with their third win on the season in a 42-18 Homecoming victory over the Alderson Broaddus University Battlers.

The Mountaineers are one game shy of last year’s record setting four-win campaign, and are looking to keep up their winning ways coming off back-to-back wins.

The Mountaineers took their first drive 75 yards on 11 plays for the first touchdown of the game on a one-yard run by David Butler to give them a 6-0 advantage in the first. The Mountaineers were able to force another three and out that led to another scoring drive that was capped off by a 13-yard screen pass touchdown catch by Butler to bring the score to 14-0.

On the Battlers next possession they were helped by a huge return of that set them up at the Mountaineers 23-yard line and used the field position to capitalized on a 22-yard touchdown pass to bring the score to 14-6 and back within one score.

The second quarter went back and forth to start, with the Mountaineers turning the ball over on downs and punting on their opening possessions. They were able to find the endzone near the end of the half on a completed pass that was fumbled and then recovered by John Rogers in the endzone for an improbable touchdown for the Mountaineers.

With time expiring in the half, the Battlers came up with a timely play on defense, and took a Koby Peacock interception 32-yards for a touchdown to keep them alive in a game their offense wasn’t playing particularly well in. Going into the half, the Mountaineers held a 20-12 lead.

In the second half, it looked as though the Battlers might stage a comeback, scoring the first touchdown on a one-yard run and cutting their deficit to two points with the score 20-18 with with a little over a quarter left to play.

The Mountaineers would respond on the very next drive with quarterback Dylan Kmitch coming in relief of Peacock to lead his team 46 yards on just four plays to score a touchdown on a nine-yard pass to D.J. Mclean for a touchdown. Heading into the fourth quarter the Mountaineers held a 10 point lead.

The final quarter of the game the Mountaineers put the game out of reach, holding the Battlers to zero points on defense and scoring two touchdowns on a 35-yard Butler run and a three-yard run by Ryan Ripka to close out the game on a 22-0 run and push the final score to 42-18.

Offensively, Butler has been the workhorse on this Mountaineers team. He continues to live up to his nickname “the sauce” as he uses his combination of break-away speed, power and shifty moves to churn out yards everytime he touches the ball. He was able to rack up 105 yards on 21 carries with two rushing touchdowns. He also added a catch for 13 yards and a touchdown on the night.

The passing game for the Mountaineers struggled, throwing three total interceptions, but were able to compile 117 yards and two touchdowns between Peacock and Kmitch.

The receivers were led by Rogers who hauled in six catches for 73 yards and also covered up an important fumble in the endzone that accounted for a touchdown.

The Mountaineers will have a week to rest, then will take on the 1-3 Cornell team on Saturday Oct. 18 in a big road game.