The Mansfield University Mounties football team takes the field this past season. 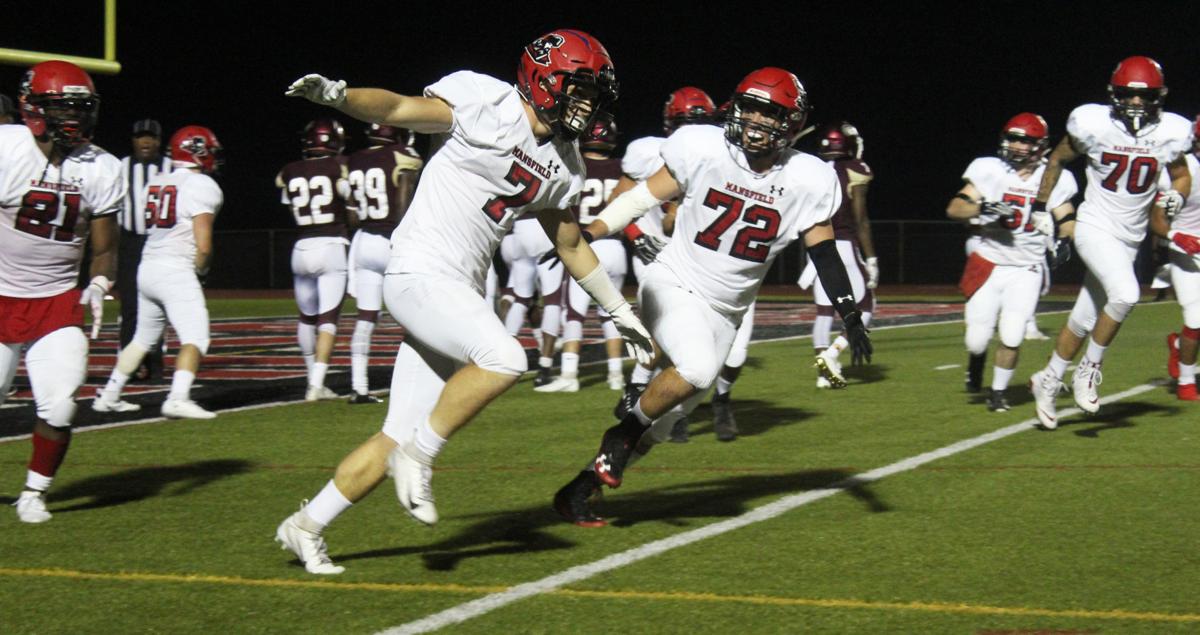 The Mansfield University Mounties football team takes the field this past season.

The Mansfield University Mounties football team is coming off their best season in program history where they rallied all the way to the CSFL Championship but fell short to powerhouse Army West Point, 52-7.

The Mounties were once again able to bring in a big recruit class, as well as returning a vast majority of their lineup to try and make another historic run for Mansfield football.

One of the top defenses in the league returns almost their entire lineup, but will need to replace one of the best tacklers on the team, Andrew Schwenk.

“We lost Andrew Schwenk who was an outstanding linebacker,” Coach John Evans said. “On defense, he was really the only starter we lost.”

With the defense loaded up again, the offense of the Mounties is almost entirely intact, but the presence of all-conference receiver D.J. McLean will provide big shoes to fill from the receiving corps.

“We also lost McLean on offense,” coach Evans said. “He was an all-conference guy, but we return three great receivers in Jahlil (Young), (Myante) Drayton and (John) Rogers.”

The offense also returns possibly the best running back in the league in David Butler who rushed for over 850 yards on 6.3 yards per carry and seven touchdowns, and was named First Team All-CSFL.

With the offense mostly intact, the offensive playbook will likely be expanded from what was seen this past season, and with seven incoming quarterbacks, coach Evans hopes to fill out one of their few offensive flaws from last season.

“We are going to expand on what we have already done. Defensively, we were one of the top teams and on offense we had one of our best years ever. We return a lot of speed with Ripka, Butler and Quaker. But losing a receiver like McLean will be tough,” Evans said. “We are taking a look at new concepts offensively to try this season.”

During the recruiting period, the Mounties addressed one of their biggest concerns from this past year, which was kicking.

The Mounties rarely even attempted field goals or extra points, but finally think they have a difference maker this season in Ethan Haupt who was the standout kicker for the PA AA State Champion Southern Columbia squad.

The other big roster concerns the Mounties face are at the offensive line and quarterback positions. In the sprint league, finding quality offensive lineman can be a challenge, but coach Evans thinks that the class they are bringing in this season will make an impact.

One of the notable players that have decided to take their talents to Mansfield University is standout local wide receiver from the Cowanesque Valley Indians Kole Hurler.

Hurler put together one of the best seasons for an area receiver in his senior year. Hurler hauled in 49 catches for 652 yards and seven touchdowns to lead the Indians in virtually every receiving stat.

“Kole is a good receiver and is a good hard-nosed kid,” Evans said. “We are looking forward to working with him and having him compete for playing time at receiver.”

Another local player who will be donning the Mounties red and black is Wellsboro Hornets offensive lineman Christian Spencer who helped anchor an offensive front for Wellsboro this past season that ran wild on defenses to the tune of over 3500 yards on the ground at just under eight yards per carry.

Quinn Henry is also another local-athlete expected to make a significant impact, and after missing this past season will look to hit the ground running for the Mounties in 2020.

“Chrsitian Spencer from Wellsboro is with us now and is a good lineman,” Evans said. “Quinn Henry is also a big plus to the offense, he had a great freshman year and after not playing last year is back working hard and ready for this season.”

With the site of the CSFL Championship being named to take place at none other than Mansfield University, the Mounties have a choice to make heading into 2020.

“We are going to be at the championship either way,” Evans said. “We have a choice to either be the chain gang, or playing in it.”