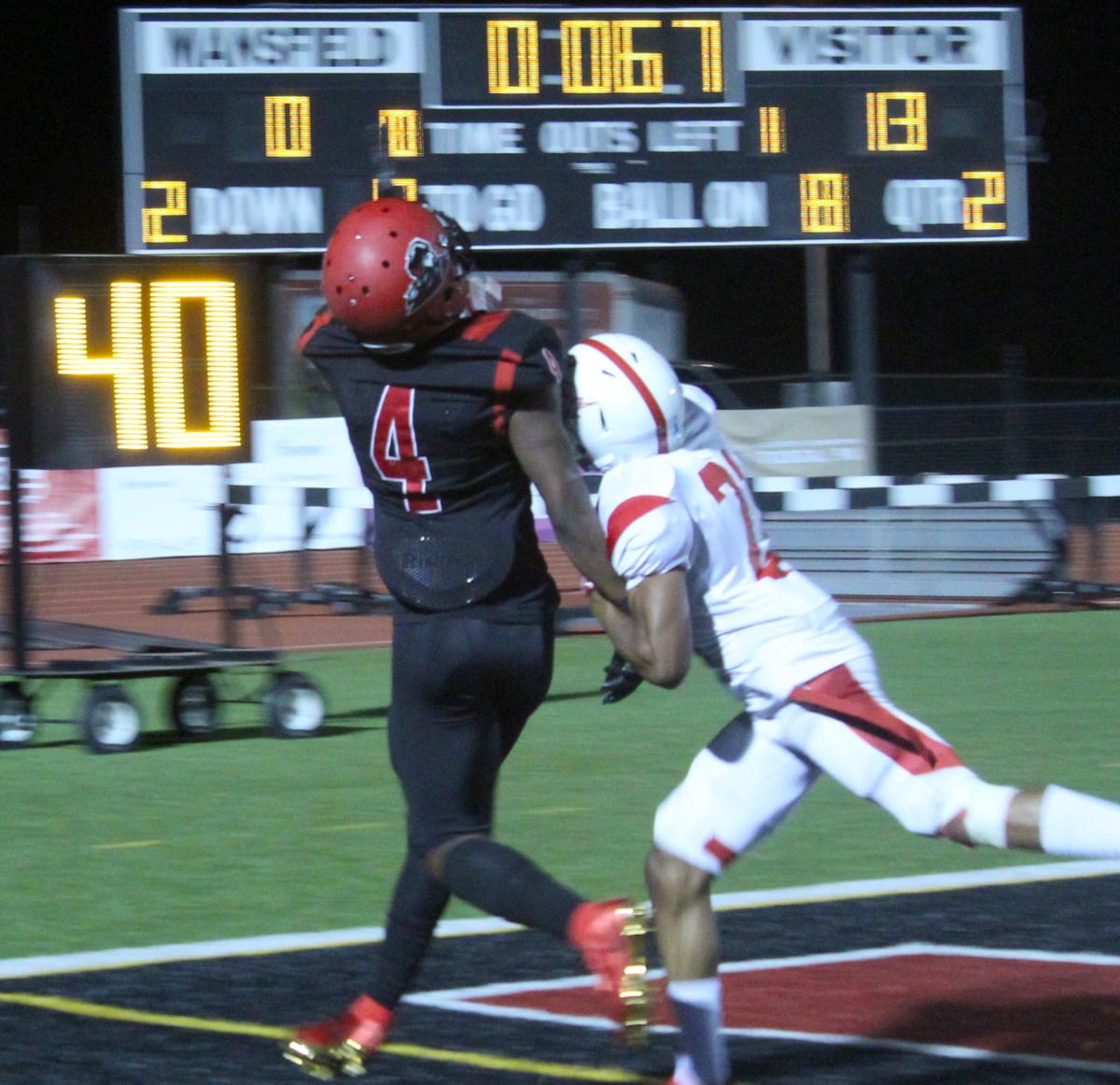 D.J. McLean hauls in A one-handed touchdown as time expires in the first half for the Mountaineers. 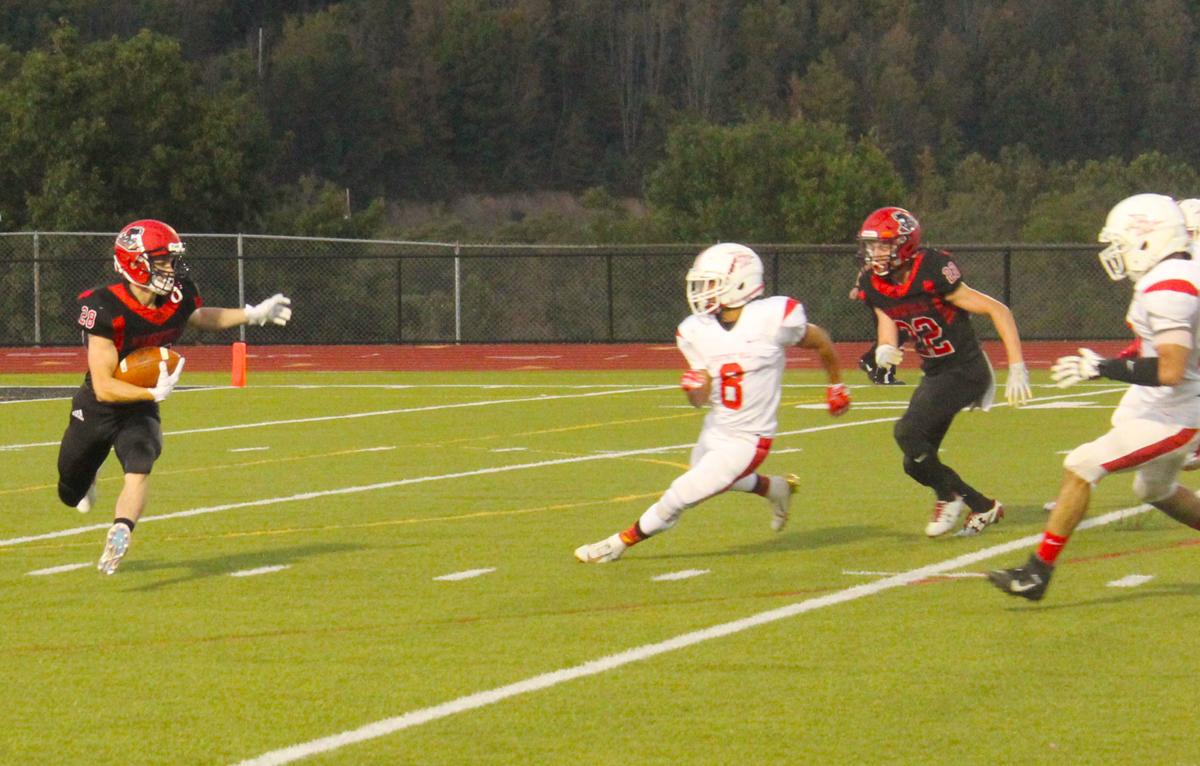 D.J. McLean hauls in A one-handed touchdown as time expires in the first half for the Mountaineers.

MANSFIELD — The Mansfield University Mounties sprint football team coming off a strange victory last week, where they earned a win via forfeit due to ineligibility by their opponent, came up just short in their first home game of the season against the Chestnut Hill Griffins.

The first quarter of the game was a flurry of penalties, with both sides being called early and often. The Griffins struck first, with 10:03 to go in the first with a TD pass to bring the score to 7-0 early. The Mounties marched right back down the field, on the legs of running back David Butler, who ran the ball effectively despite a penalty that negated a 30-yard run. Afterwards he broke through the Griffin defense for 72-yards to move the Mounties down to the Griffins seven-yard line. The Mounties got all the way inside the one, but were unable to punch the ball in on fourth down and turned the ball back over to the Griffins.

In the second quarter both teams offenses struggled to score, going back and forth through the first few possessions of the frame. The Griffins struck again with less than two minutes remaining in the half, with another touchdown pass to push the score to 13-0 with only 1:44 remaining in the half.

After the half, both teams offenses seemed to be more fine tuned, with the Griffins once again opening up the scoring in the half with a ten yard strike for a touchdown to extend the lead to 19-6 with only seven minutes left in the quarter. The Mountaineers drove right back down the field and answered with a touchdown pass of their own from Peacock to John Rogers. They converted the two point conversion to bring the score to 19-14 with only 6:32 remaining in the quarter.

After another Mountaineer stop, they pulled off yet another long drive, helped by Butler who ripped off a big 40-yard run, and capped off by another touchdown pass from Peacock to Butler. The Mountaineers converted another two-point conversion to give the Mountaineers their first lead of 22-19 after trailing the entire game.

With only one quarter left to play both teams traded possessions until the Griffins were able to score on a 40-yard touchdown pass to bring the score to 25-22 with 3:31 left to play. The Mountaineers had a chance to get within striking distance, but after a holding call on a big run, and an interception by Peacock the game was out of reach with the Griffins running the clock out.

David Butler had a historic performance, crushing the single-game rushing record for the Mounties while posting 254 yards on 25 carries with an average of just over 10 yards per carry. He also caught one pass for 12 yards and touchdown. McLean also had a standout game with 94 yards and a touchdown on only three receptions. Peacock also played well, and was a dual threat, passing for 150 yard and three touchdowns, as well as running for 66 yards in the game. On defense Ryan Jakeman led the way for Mountaineers, with nine tackles, 1.5 sacks and 2.5 tackles for loss. The Mountaineers also had two interceptions on the night, one by RahSaan Hayes and the other by Nate Moser.

The Mountaineers will look to bounce back when they used their annual LUMA event this Saturday, Sept. 28 in Mansfield as they host Saint Thomas Aquinas College at 7:15 P.M.