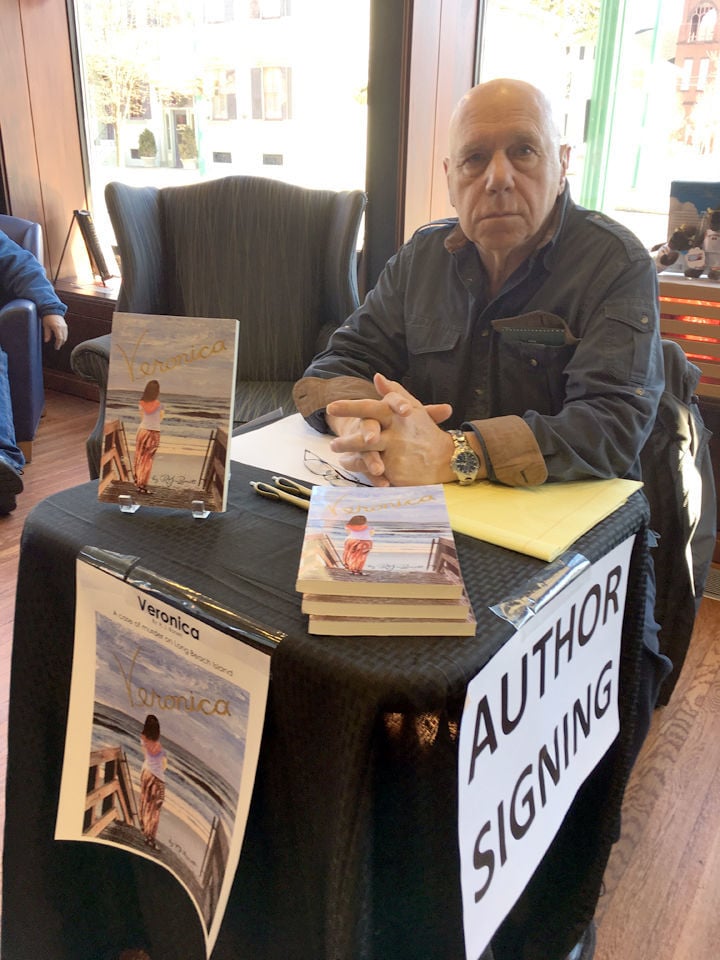 RJ Bonett waits for visitors at a recent book signing. Recently moved to South Williamsport, he is a retired Philadelphia police officer who retired to Canton 21 years ago. 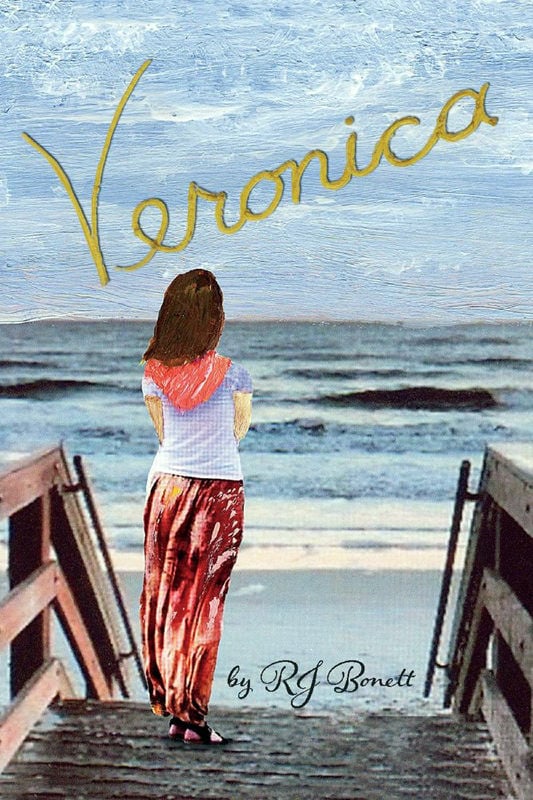 “Veronica” is a murder mystery novel, the first book released by RJ Bonett.

RJ Bonett waits for visitors at a recent book signing. Recently moved to South Williamsport, he is a retired Philadelphia police officer who retired to Canton 21 years ago.

“Veronica” is a murder mystery novel, the first book released by RJ Bonett.

Ronald “RJ” Bonett is a former Philadelphia police officer who is following his passion for writing.

His first novel, “Veronica,” is a mystery and was released in July by BookBaby. It will be followed in October by “New Hope.” Another novel, “Mystery of the Window Closet,” is available as an e-book and will soon be available in print.

Bonett, who recently moved from Canton to South Williamsport, began writing following 23 years of service in the Philadelphia police department and four years in the U.S. Marine Corps.

He discovered his love for writing 10 years ago, after retiring to the area. It started when a niece and nephew suggested he write about their grandfather, Bonett’s father, who lived with him for several years. His father was an immigrant coal miner born in 1898 who worked in the mines in western Pennsylvania.

“When I finished, I thought it was pretty darn neat so I kept writing,” he said.

The books sat on the shelf for several years. Bonett asked some friends, Bonnie Blue Hilfiger and John Schaeffer, to read his work. With their encouragement, he submitted several partial manuscripts to publishers — and was rejected every time. That’s when he decided to look into self-publishing.

Most of his books incorporate something personal to Bonett. Set in 1975, “Veronica” takes place on Long Island Beach. The protagonist, Ron Bennett, is a crime reporter who finds a corpse while walking his dog. Searching for a phone to call authorities, he meets Veronica, the owner of an opulent beach house. The pair continue to meet by chance and Bennett develops feelings for Veronica, especially after she hints that her husband is abusing her.

“Veronica” includes a scene about fishing off the jetty where Bonett fell, lost his fish and tackle box, broke two ribs and crawled to safety all while keeping his rod from floating away in the rising water.

His next book, “Mystery of the Window Closet,” is set in a 100-acre Bradford County farm. The new owner, Ray Bishop, arrives on a stormy night and is confronted by a horse and wagon that mysteriously disappears. A closet on the second floor defies logic because it contains a window. Awakened that night by a clap of thunder, a flash of lightning reveals a woman gliding across the living room.

Since July, he has sold 300 copies of “Veronica,” holding author events and book signings from Beach Haven and Brick, N.J. to Otto’s Bookstore in Williamsport to Barnes & Nobles in Elmira, N.Y.

From My Shelf Books & Gifts Store at 7 East Ave., Wellsboro, will host Bonett for a book signing from 11 a.m. to 3 p.m. Saturday, Aug. 10, while the Bradford County Library will sponsor his visit at 6 p.m. Tuesday, Aug. 13. Both events are free and open to the public.

For more information, look for “RJ Bonett” on Facebook or visit www.bookbaby.com.

Mostly cloudy. A stray shower or thunderstorm is possible. High 86F. Winds SE at 5 to 10 mph.