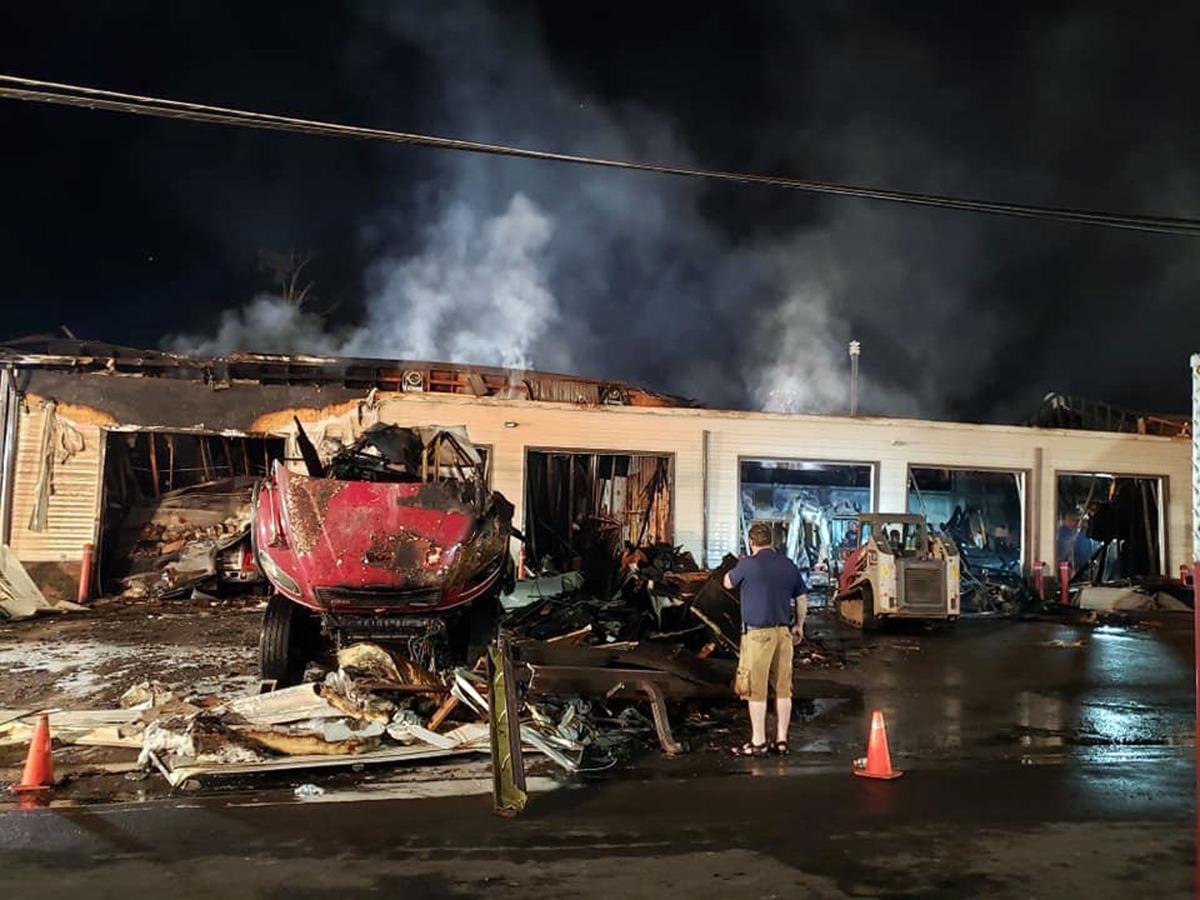 A member of the Lawrenceville Fire Department looks at the damage after the fire. 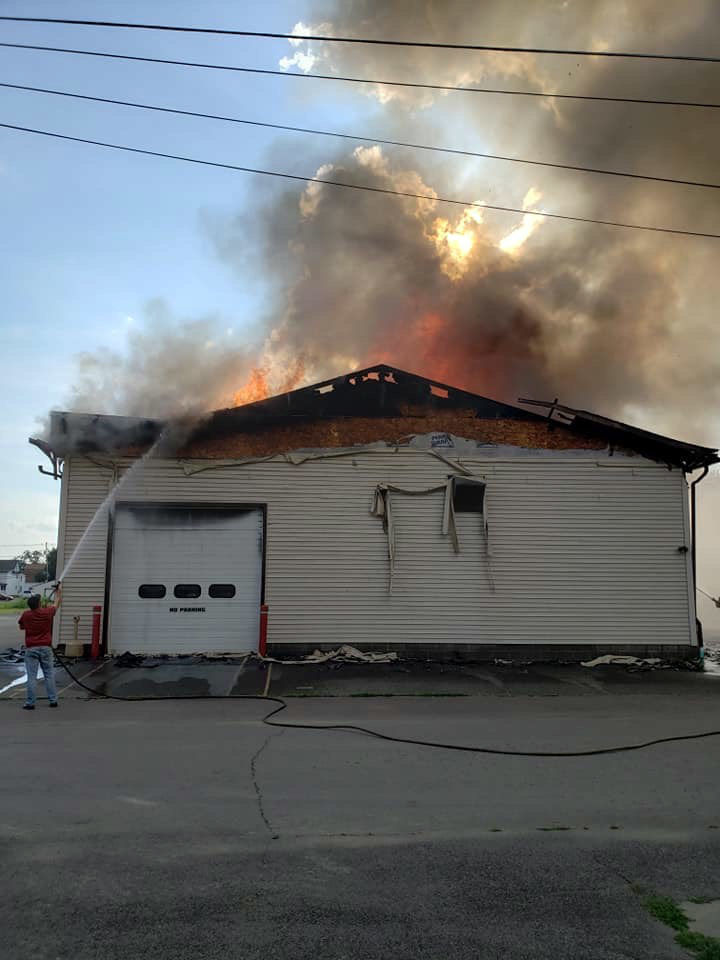 A firefighter works to put out the fire at the Lawrenceville Fire Department. 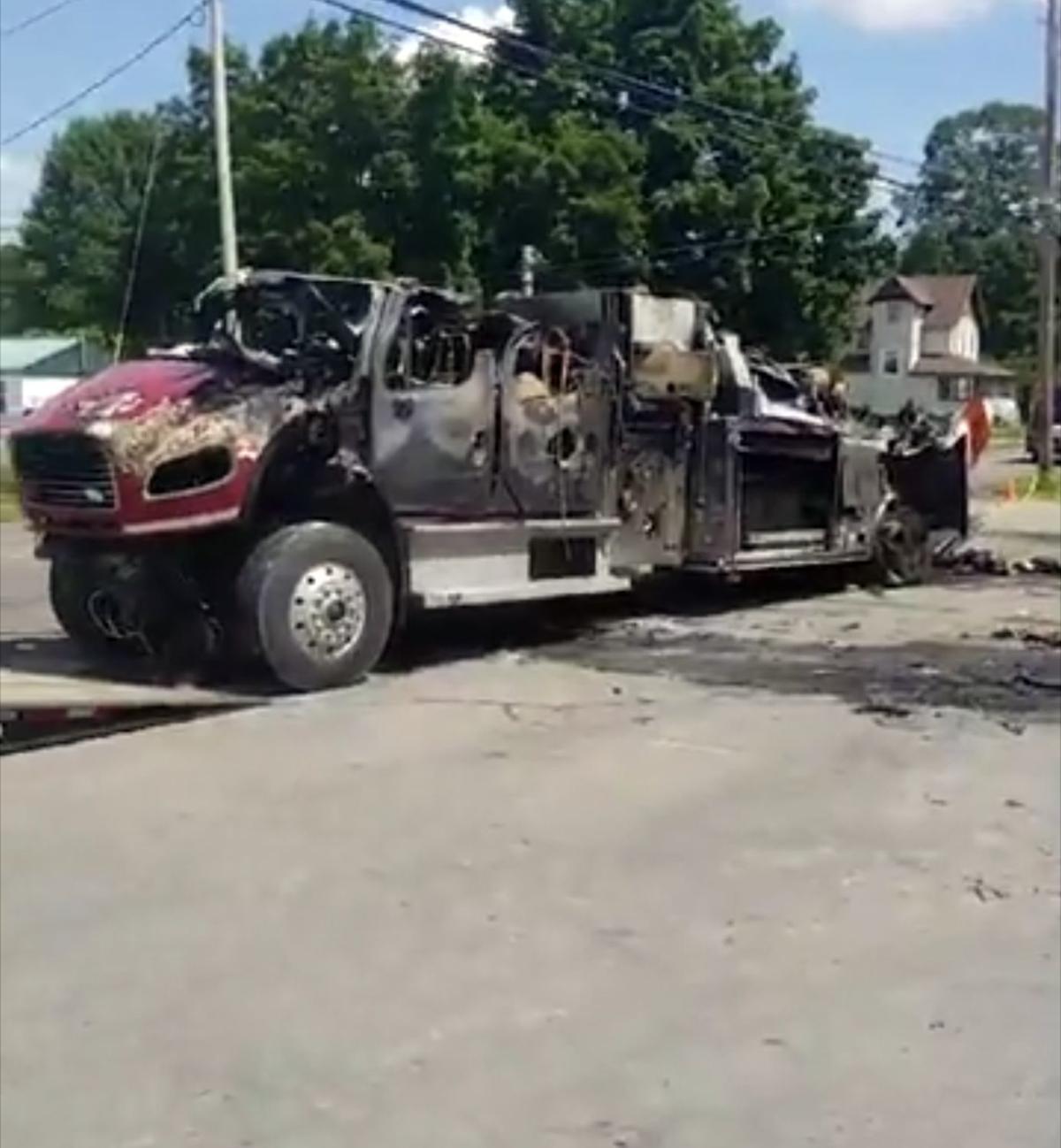 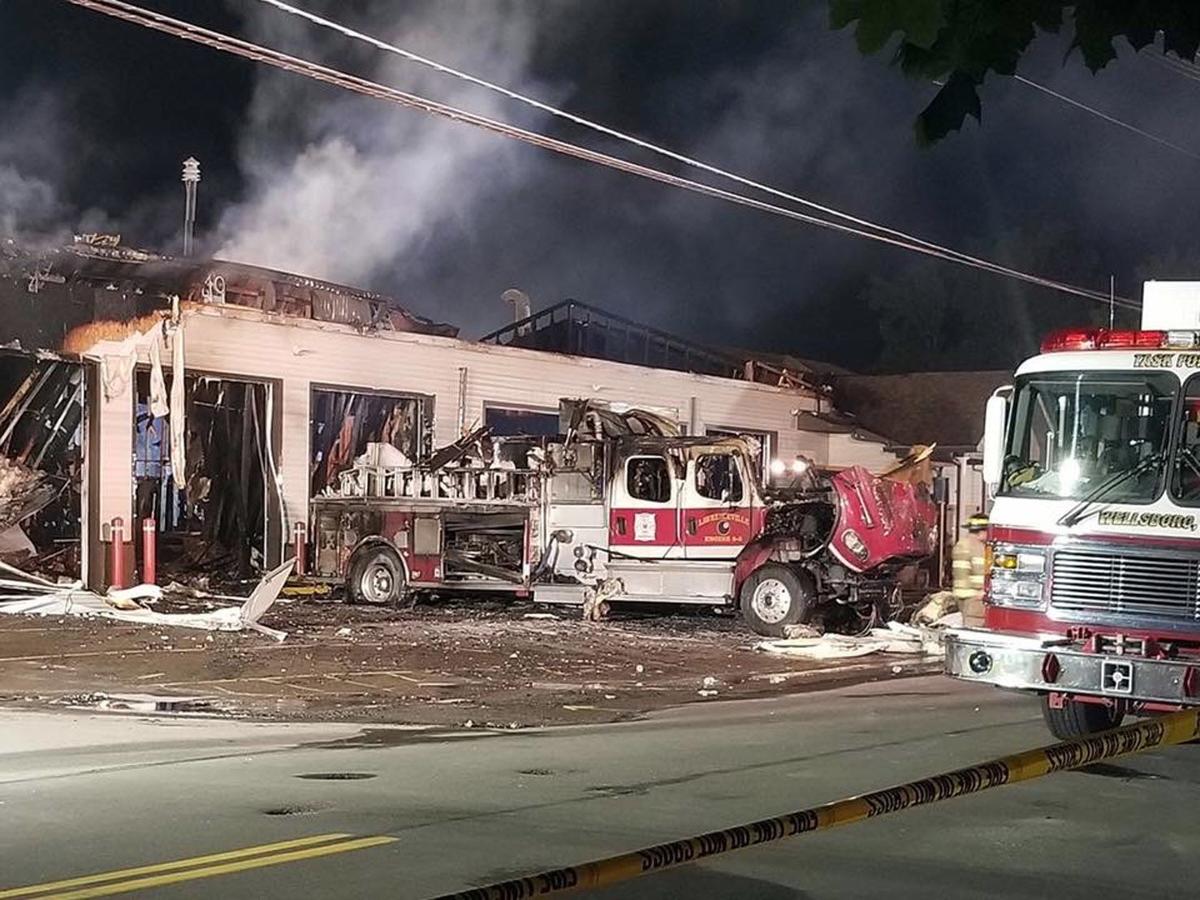 A member of the Lawrenceville Fire Department looks at the damage after the fire.

A firefighter works to put out the fire at the Lawrenceville Fire Department.

LAWRENCEVILLE — Do you remember what you were doing at 5:57 p.m. on July 27, 2019? That’s a time and date the members of the Lawrenceville Fire Department will likely remember for the rest of their lives — whether they like it or not.

That’s the time a Lawrenceville Fire Department member noticed some smoke coming out of the department and called 911 to report that a fire truck was on fire inside the fire station.

Fire Chief Brad Hackett heard a 01 box alarm for a vehicle fire within a structure, which he knew meant it was at the department.

Lee Strange, fire department president, who was asleep to rest up for a camping trip, didn’t hear the dispatch. His son heard it and woke him up.

“...My son dragged me out of bed and down the stairs. He’s a junior fireman with us and he has never acted that way, and he was just so emotional,” Strange said. “When we broke the little null to come off the hill, we could see all the smoke and it was like, ‘there’s more than a vehicle on fire, the station is on fire.’”

Strange and Hackett were some of the first on the scene and established a Lawrenceville command. The first thing they did was call for a second alarm, since it was initially a vehicle fire and wouldn’t have required as many vehicles as a structure fire.

One of the Lawrenceville firefighters went into the burning department and drove out one of the larger fire trucks and used that to fight the fire until mutual aid arrived.

The Nelson Fire Department arrived first, followed by Tioga Fire Department. At the end of the day, 27 fire departments from two states and four counties were on scene to help.

Fighting fires in general can be emotionally draining, but fighting a fire at your department, a place many members consider to be their second home, is another level.

“All the training you go through, you go to help someone else. It’s never your own,” Hackett said.

One of the biggest struggles Strange shared from that day was not knowing who was where or if all the members were safe.

“Normally you run into the fire station and you grab your gear and you get into a fire truck and go — the accountability is there — there was no accountability at first,” Strange said. “You didn’t know where and who, and that was probably the biggest thing, you didn’t know how much it was involved until the later aspect.”

“Without any water, without the hoses, until the larger truck got utilized, we were able to do something, but we … still didn’t have gear to go inside,” Strange said. “Our guys were doing what they could in shorts and t-shirts and whatever they had for footing.”

Strange said a lot of honorary members were there, pulling hand lines and helping how they could.

“It was sad, but a neat feeling, to see it,” Strange said. “I just remember standing at the end of the building and seeing Walt, Al, Steve, Jim and Tom, and I was like, ‘wow, our older guys are here.’”

The Tioga Fire Department and the Lindley Presho Volunteer Fire Department hit the peak of the kitchen area to try and stop the fire from spreading into the social hall, until the Millerton Fire Company got there with its aerial ladder, Hackett said.

Besides the large truck bay, three trucks — a 2008 pumper tanker, a 1997 rescue truck and a 2007 squad pick up truck — and many, many pieces of gear and tools were lost in the fire. There was smoke damage to the 2003 fire truck that was saved, as well as some burns. The windshield, windows and several other parts were replaced.

“There were multiple departments that reached out with gear, radios, hoses, adapters and other trucks, but at the time ... we had no place to put it and everything was coming so fast and furious to us that until we really had time to regroup,” the members just weren’t sure what all was needed, Strange said.

Joe Smith and Judy Thomas, among many other community members, have stepped up and helped the department in the aftermath. Within two or three days after the fire, Donna Blake, along with Jim Farr, rented a space to the department. The department is still occupying that space.

Still, being in a building that “isn’t home,” has been tough and getting everything together and figured out for the insurance has been a headache.

Firefighters aren’t paid and often have full-time jobs, families and social lives to tend to. Since the fire, the department has taken up a little more of the members’ time than usual.

“Neither of us are divorced yet,” Hackett joked. Strange said they all owe a big thanks to their families, who have also made a lot of sacrifices.

In their paid jobs, Strange stepped down from the supervisor’s job at his work to help the department more. Hackett’s boss has been “super” to the fire department and has helped both him and the department out a lot.

Thousands of dollars have been donated to the department for the rebuild. While they can’t say the exact amount, Strange and Hackett have been blown away by the community support.

The department has not spent any of the donations it has received, as its waiting to hear the final settlement from the insurance company. That will take some time. Moving forward, the department has held two public meetings about the rebuild. It will cost about $5.83 million to rebuild a similar facility to the one that burned, as announced during the December public meeting, but until the claim resolution is complete there is no definite number on what Lawrenceville can expect its insurance to cover, though it won’t be the full amount needed, Strange said. The public is strongly encouraged to attend these meetings.

Rain and snow showers this morning changing to mainly rain showers for the afternoon. High 42F. Winds NNW at 10 to 20 mph. Chance of rain 50%.