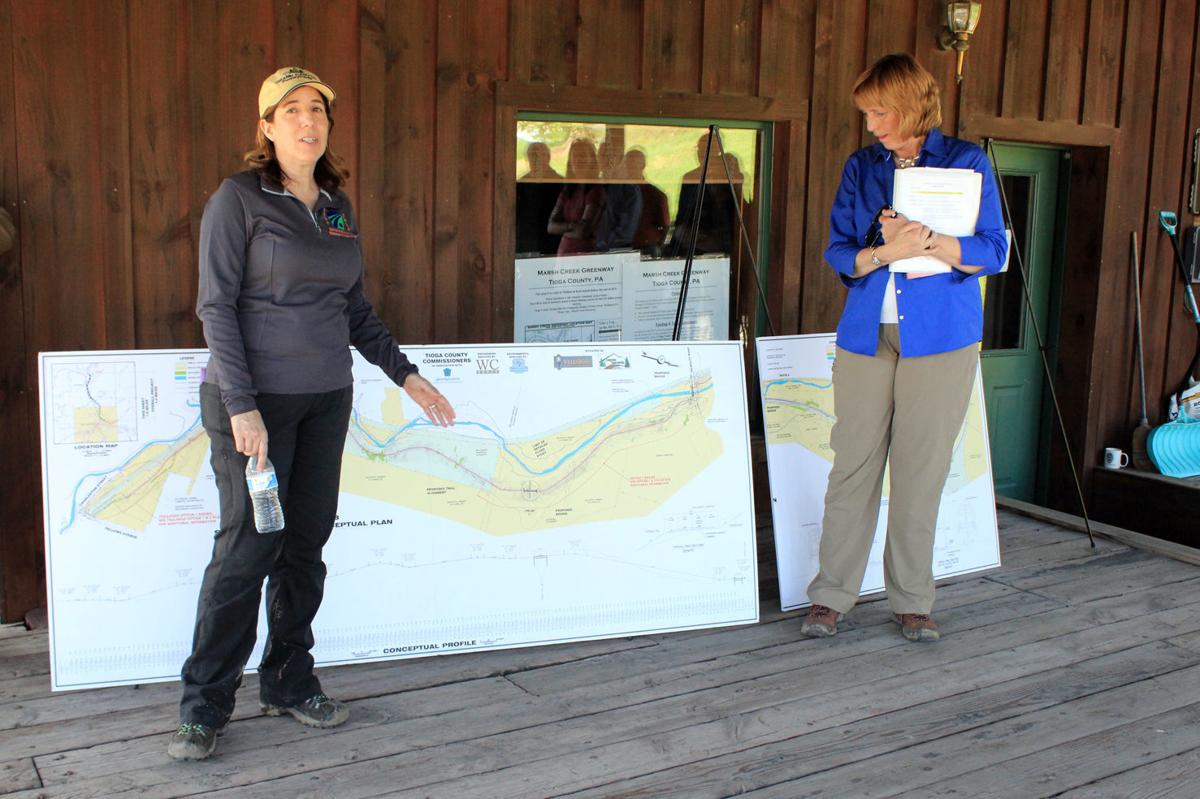 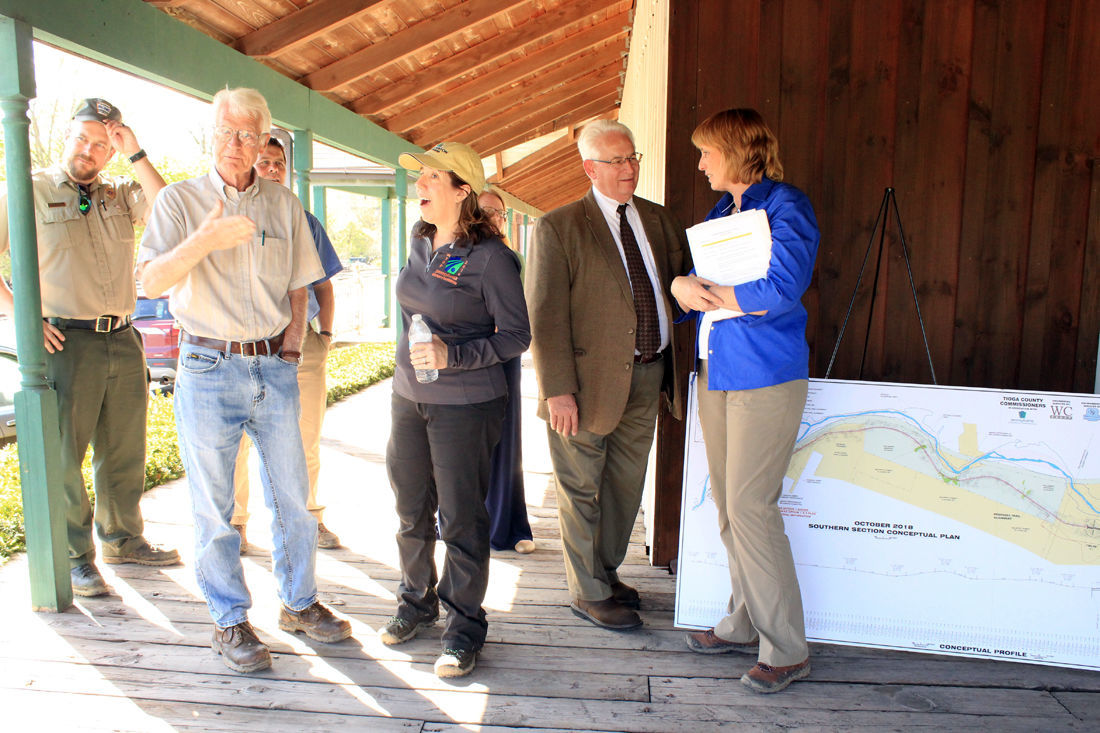 WELLSBORO — Legislation that hasn’t even been created yet could finance the construction of the Marsh Creek Greenway.

On Monday, Department of Conservation and Natural Resources secretary Cindy Adams Dunn and Department of Transportation secretary Leslie S. Richards met with local officials and stakeholders to discuss how the Restore Pennsylvania proposal could address trail connections and other infrastructure needs in Tioga County and across the state.

Restore PA, a proposal from Gov. Tom Wolf, would provide $4.5 billion over four years on infrastructure projects, such as the Greenway.

The two state department will work in partnership with the community to meet the community’s vision and connect the Pine Creek Rail Trail to Wellsboro, said Dunn.

The economic benefits derived from the connection will be “spectacular,” she added.

“I think locals are going to love it and people will come from miles around,” she said.

The trail and amenities like it, along with high speed internet, could encourage more young professionals to relocate to the area, also enhancing the economy, said Dunn.

The 3.5 mile Greenway, which carries a price tag of around $11 million, would connect Wellsboro residents and visitors to the 62-mile Pine Creek Rail Trail.

Richards spoke about the possibility of adding historic steel truss bridges to the trail, which has four water/ravine crossings. The bridges, like a railroad bridge in Athens, could be reused on the Greenway for pedestrian and bicycle traffic. That would further enhance the trail as a destination, she said.

The governor proposes implementing a severance tax on the natural gas industry to fund Restore PA, said Dunn and Richards.

The tax would be on top of the impact fee and still be less the tax levied on gas production in Texas.

Since 80% of Pennsylvania’s natural gas goes out of state, the fees would be passed on to consumers.

The proposal is gaining traction in the legislature and would benefit many other areas.

“Restore Pennsylvania is the most exciting opportunity to restore our state parks and forests to what we had before,” said Dunn.

Richards said that there was $125.7 million in flood and slide damage to state roads and bridges in 2018.

Typically, the department budgets $30 million for emergency funding in a fiscal year.

Restore PA would provide funds not only for disasters, but finance improvements to mitigate the risk of future damage.

Becoming partly cloudy and windy. High around 50F. Winds WNW at 20 to 30 mph. Winds could occasionally gust over 40 mph.

Overcast skies and windy. A few flurries or snow showers possible. High near 40F. Winds WNW at 20 to 30 mph.