Julia Nawri sets the ball to a teammate during their 3-0 victory at home against the Northeast Bradford Panthers. 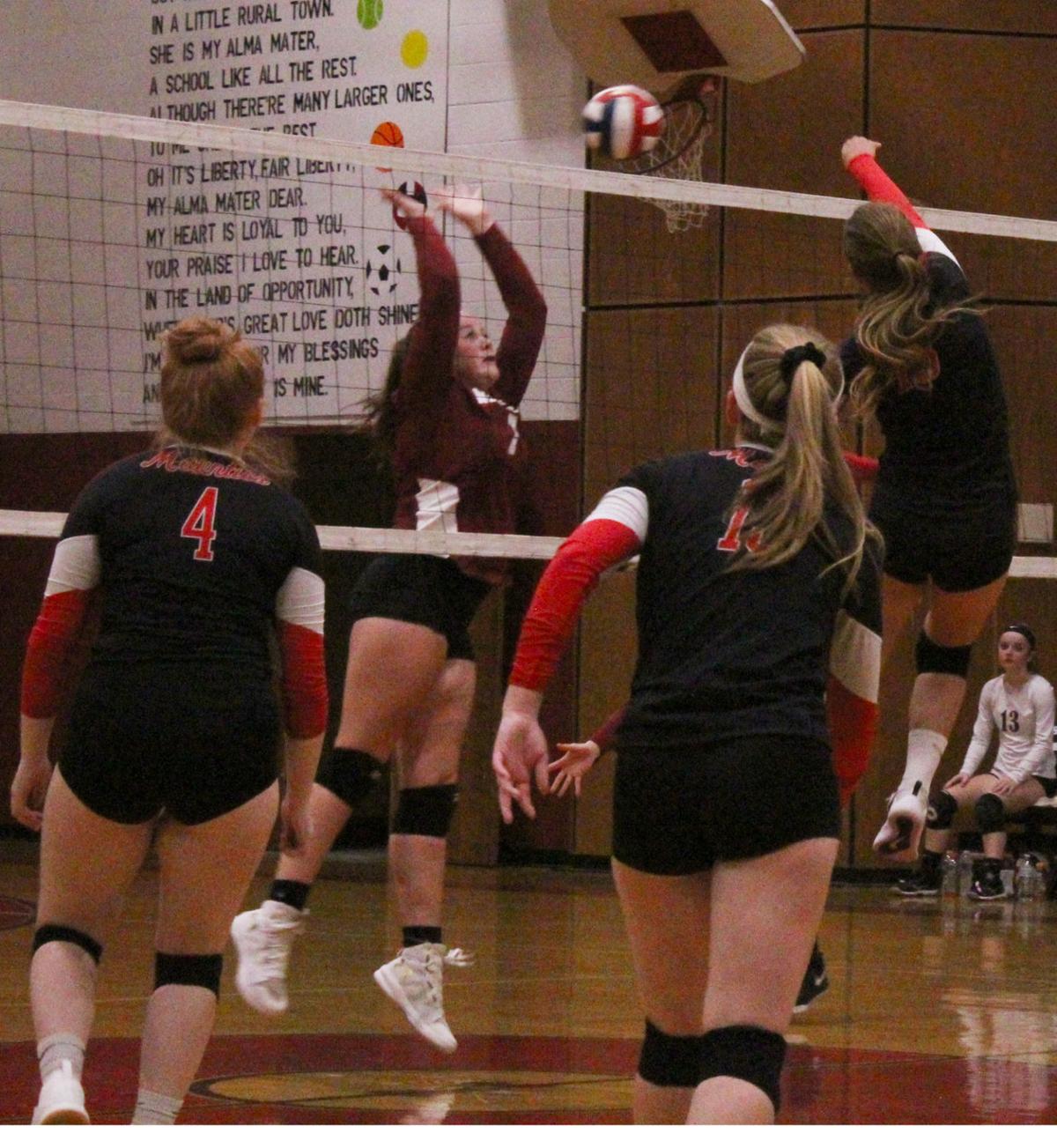 Grace Tice records a kill in a victory at home against the Northeast Bradford Panthers.

Julia Nawri sets the ball to a teammate during their 3-0 victory at home against the Northeast Bradford Panthers.

Grace Tice records a kill in a victory at home against the Northeast Bradford Panthers.

“So I think the girls played really well tonight. We’re going to work on defense a little bit tomorrow, we had a couple of spots where we had a little mix up on that side of the ball, but we have some strong hitters. We have girls who love to play and they’re fun to watch. They did a great job,” said Coach Jennifer Nawri in regards to the home victory.

The Liberty team came out firing on Tuesday, and in their first set dominated not only the score but the pace and tempo of the set. They took the set 25-13 and looked well on their way to a victory.

In their second set they continued to put on a strong performance, with Elizabeth Welch from the Liberty team serving well throughout, earning two aces in that set alone, and placing the ball exactly where it needed to go.

The Liberty team took a commanding 25-11 win in the set, and went into the third set ready to finish off the Panthers team.

Heading into the final set, the Panthers played it close to start, with the score at one point 7-5, but the Liberty team seemed to find a groove from that point forward.

The Liberty girls made a 10-0 run to put some separation between them and the Panthers, and even with a late surge by the Panthers, they couldn’t put a dent in the deficit that the Liberty team buried them in.

Maddison Minyo and Charisma Grega led the way in kills for the Liberty team, with 13 a piece. Alli Koval had a strong night serving the ball, with four aces in the contest. Grego and Welch both added two aces as well in the contest.

Welch also was a force at the net, coming up with five huge blocks and seemed to be ready at the net anytime the ball came her way. She stuffed shot after shot during the contest and dominated the Panthers in that facet of the game. Grega also had a solid game defensively coming up with a team high of 13 digs.

The Liberty team sits at the top of the NTL standings and are looking to continue to play at a high level, while still being able to improve, especially on the defensive side of the ball. Their next matchup will be another home game against the Troy Trojans on Oct. 8.

Intervals of clouds and sunshine. A stray shower or thunderstorm is possible. High 88F. Winds NW at 10 to 15 mph.