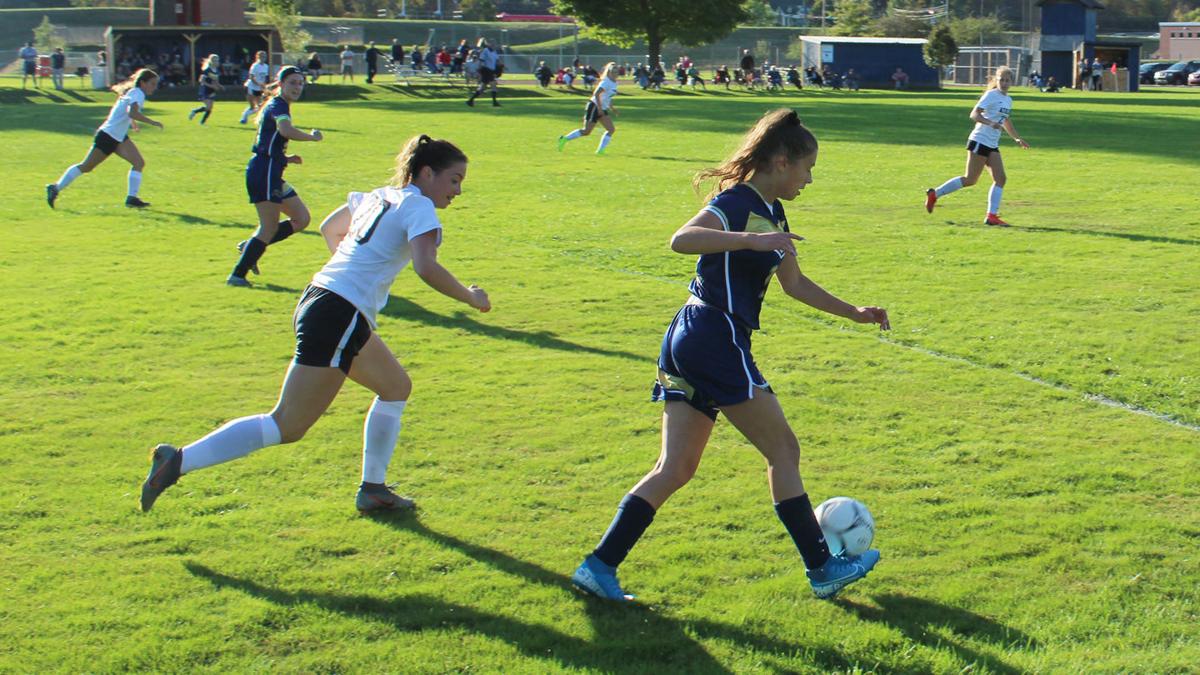 The Panthers push the ball downfield in a league matchup against the Athens Wildcats. 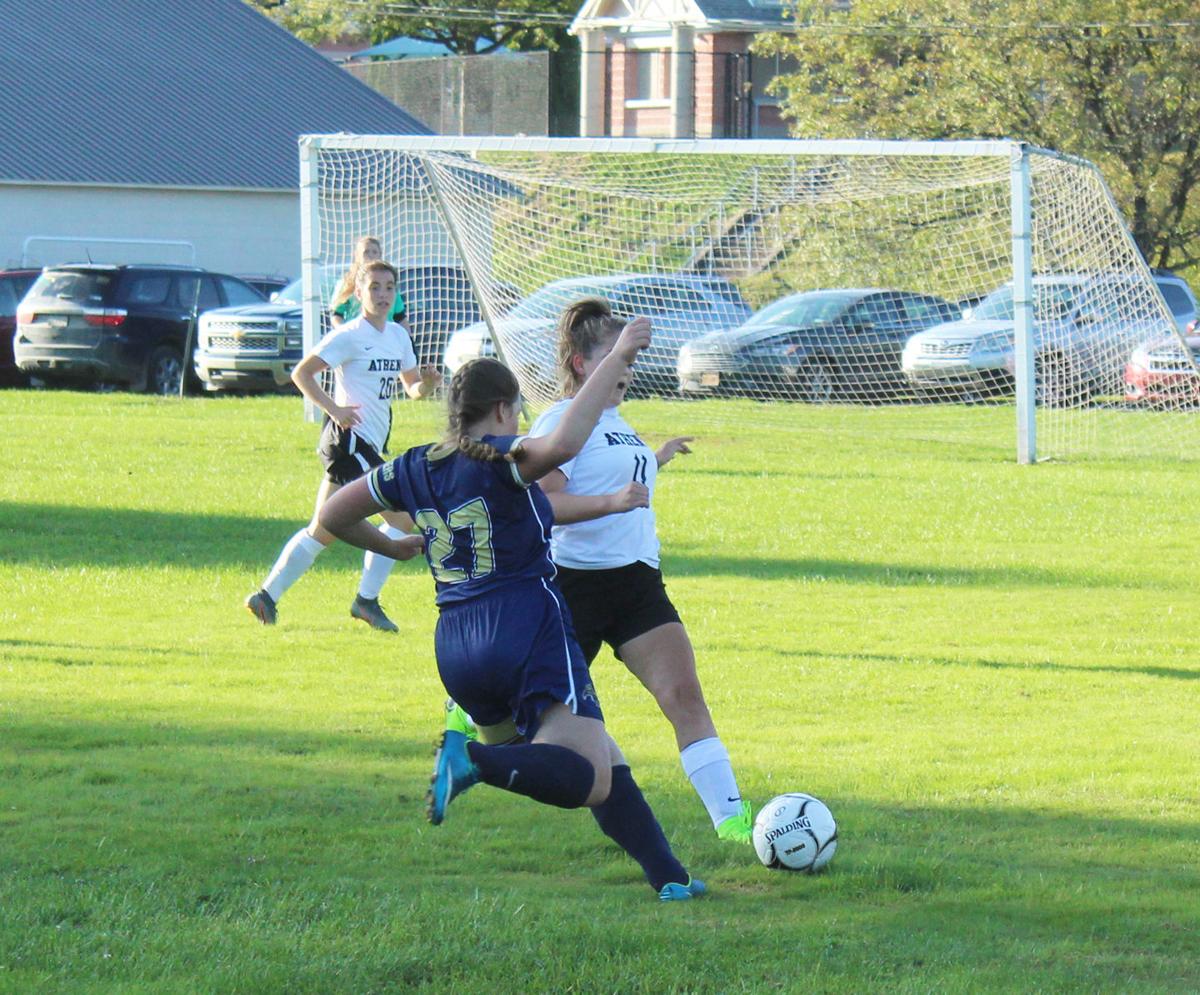 Panthers player takes a shot on goal during their game against the Wildcats on Thursday.

The Panthers push the ball downfield in a league matchup against the Athens Wildcats.

Panthers player takes a shot on goal during their game against the Wildcats on Thursday.

The North Penn-Mansfield Panthers hosted the Athens Wildcats lady soccer team on Thursday, Sept. 26. The Panthers put up a good defensive effort against an extremely talented Wildcats offense who has scored 48 goals coming into the eighth game of the season.

The Panthers defense was anchored by goalie Sara Swingle who took an onslaught on shots on goal with 23 and came up with 17 saves.

The Panthers held the score to only 3-0 at halftime and needed a spark to keep the game in reach. The Wildcats opened up the second half with two straight goals putting the game slightly out of reach for the home team Panthers.

Despite the loss, the Panthers put together a strong effort, but just were unable to penetrate the stifling defense of the Wildcats who sit at the top of the NTL standings at 8-1-1. The Panthers have had an up and down season so far, but over the past week have been able to make a comeback with big wins over Williamson and Sayre to push their record to 3-6-1 on the season.

They have been lead by senior Kiersten Mitstifer who had two goals and an assist against Sayre, and against Williamson tallied another assist in the winning effort.

Over the next week the Lady Panthers took on the Bloomsburg team in a non-league matchup as well the Troy Trojans in a league matchup but were unable to come up with a win in either contest.

With the two losses they sit at 3-8-1 and will need to rebound quickly with four games in the next week against three NTL teams and one non-league team.