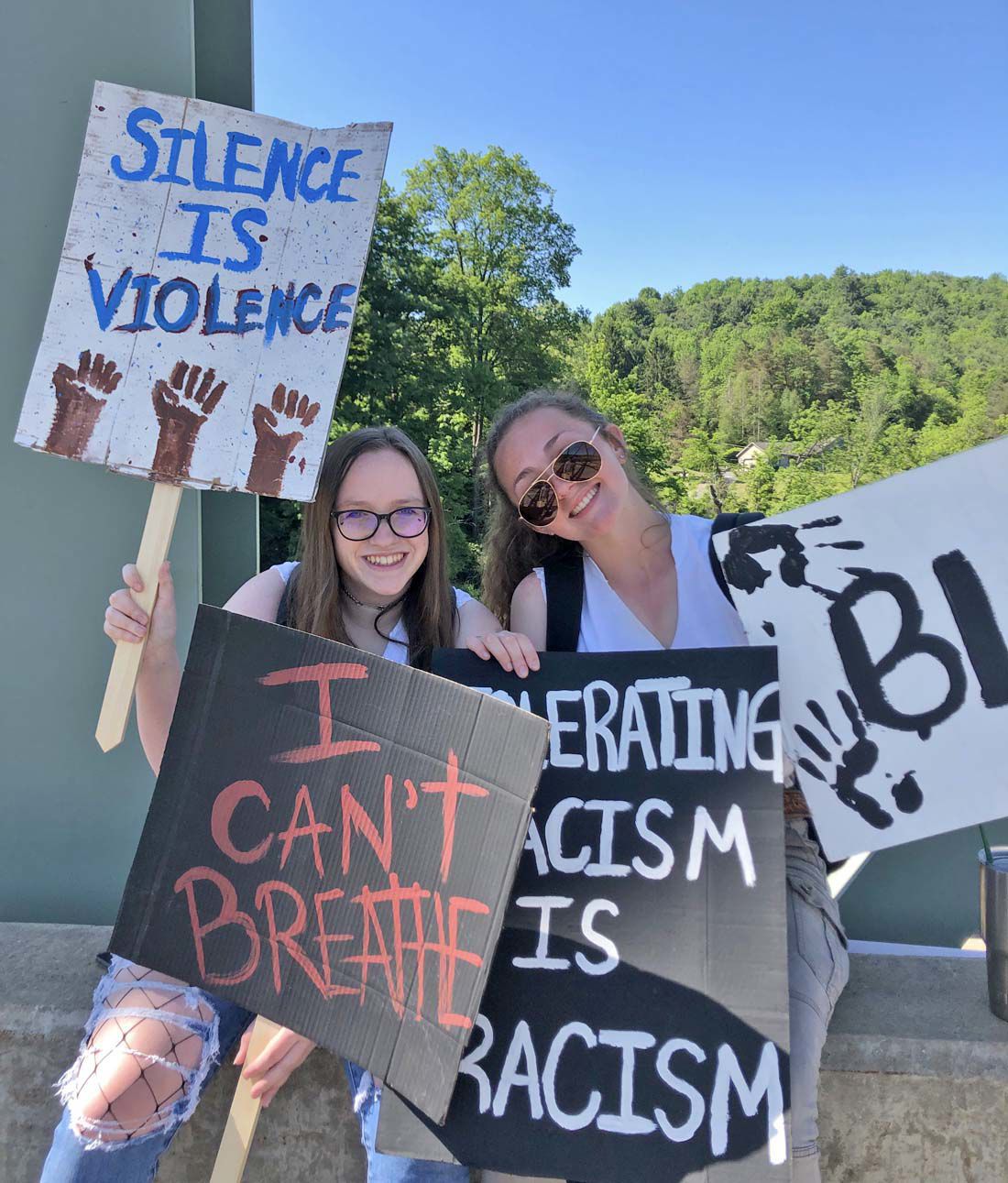 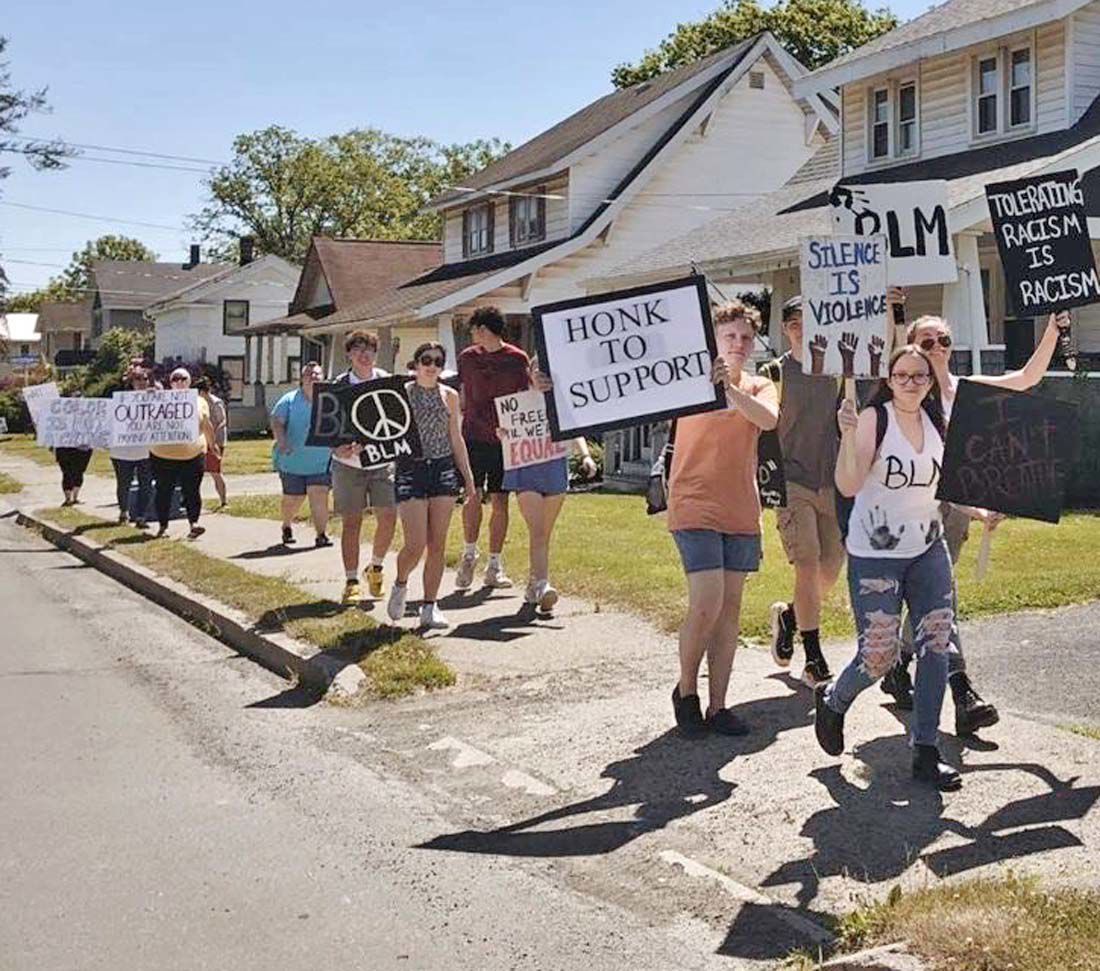 A protest march in Elkland Tuesday morning brought close to 20 people out to raise awareness for black lives matter.

A protest march in Elkland Tuesday morning brought close to 20 people out to raise awareness for black lives matter.

The girls, both students at Williamson Area High School, have taken African-American studies and felt it was important to make a stand for equality. They had seen protests in larger areas and wanted to participate but weren’t able to. Instead, they decided to organize a peaceful protest march in their hometown.

“We decided that for our area this would be a good change because no one really talks about issues like this,” Morgan said.

The girls have tried to stay informed about equality issues and seeing the protests in other areas, it was important to them to spread awareness in Elkland.

“Grace and I have always educated ourselves on this. We are very passionate about it, but having taken African-American studies made us want to push even more for equality,” Southard said.

The girls started organizing the march using a group chat. The group members stayed in contact with each other and decided when and where they would protest.

As they marched through town, the girls said they were pleased with the community response. They expected they might get some backlash, but they said the overwhelming response was positive. There was the occasional dirty look or hand gesture, but the girls said they didn’t let that get to them.

“We want to spread positivity; we don’t want to get in arguments with anyone,” Morgan said.

Afterward both Morgan and Southard were with happy with how the protest went.

“I think it was really successful. It remained peaceful and I think we really got our point across,” Morgan said.

Looking ahead, Southard said she hopes the peaceful protest encourages people to be more open minded about equality.

They said if they do have another protest in the future they want to spread the word on Facebook to hopefully reach more people.

Variable clouds with thunderstorms, especially during the afternoon hours. High 78F. Winds SW at 10 to 20 mph. Chance of rain 60%.

Scattered clouds with the possibility of an isolated thunderstorm developing during the afternoon. High 82F. Winds W at 5 to 10 mph. Chance of rain 30%.