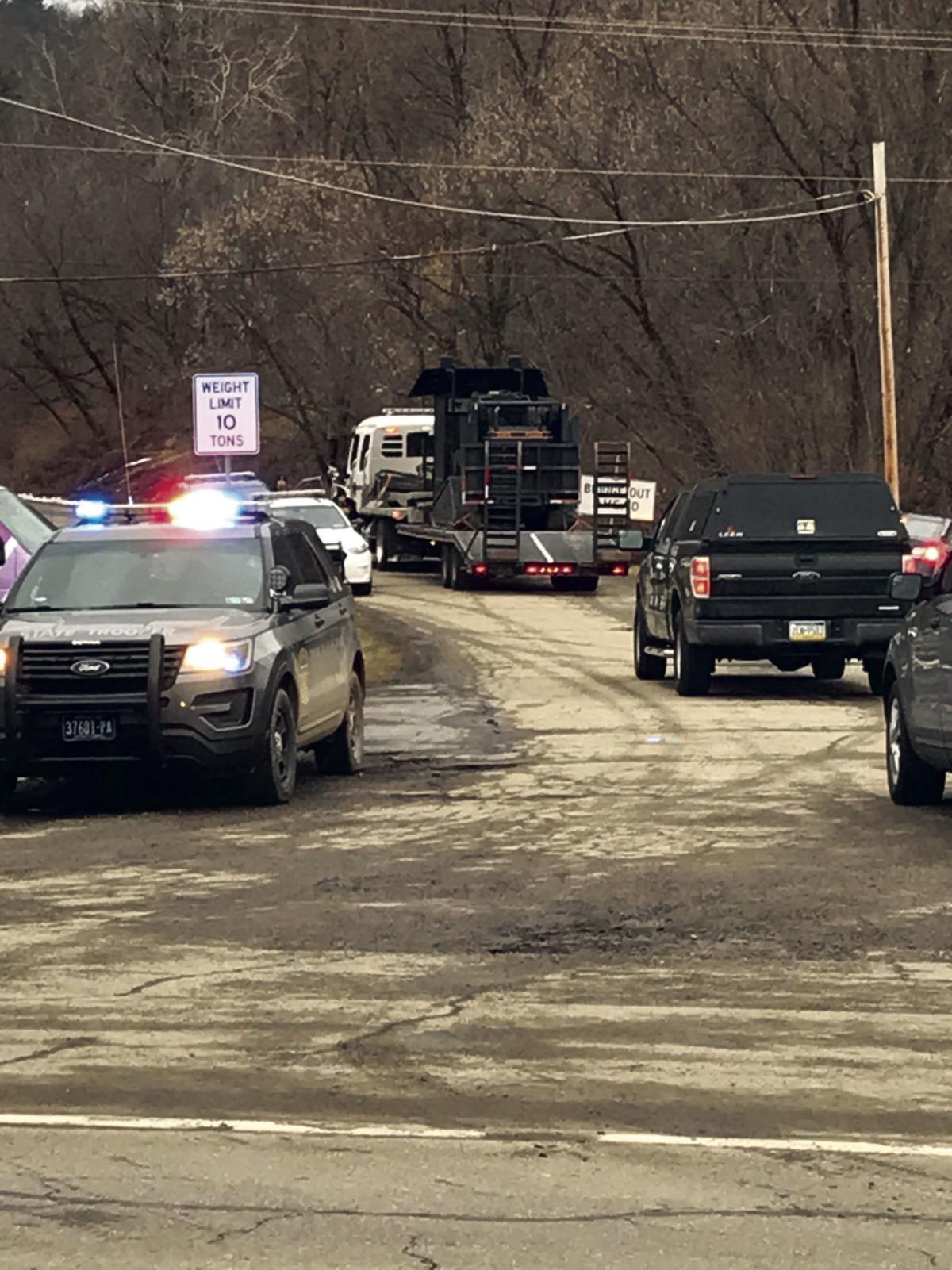 The scene at Barney Hill Road in Nelson Township on Dec. 11 had multiple police units on site after a state trooper was shot while conducting a welfare check.

Barney Hill Road was closed as state police responded to a reported gunman barricaded in a residence.

The scene at Barney Hill Road in Nelson Township on Dec. 11 had multiple police units on site after a state trooper was shot while conducting a welfare check.

Barney Hill Road was closed as state police responded to a reported gunman barricaded in a residence.

NELSON — Delos P. Lowe, the man who allegedly shot and wounded a state trooper Tuesday was killed in the early morning hours after a 14-hour standoff.

The Pennsylvania State Police Special Emergency Response Team shot the alleged gunman around 2 a.m. on Wednesday, Dec. 11 after an approximately 14-hour standoff in which Lowe allegedly shot at police numerous times, according to information released by police.

Three troopers responded to the 1500 block of Barney Hill Road in Nelson Township at 12:30 p.m. on Tuesday, Dec. 10 to check on the welfare of Lowe. A caller who has regular contact with the resident indicated they had not been in contact with the individual for weeks.

A gunshot was fired at troopers, striking one. All three troopers retreated, requested back-up and secured the scene.

Nearby schools, Clark Wood and R.B. Walter Elementary Schools and Williamson High School were placed under secure mode as the standoff continued. This meant all faculty, students and staff would remain in the building. The schools remained under secure mode until dismissal at 3 p.m. when students were allowed to leave.

The gunman barricaded himself inside the residence. Attempts were made to get Lowe to surrender from his barricaded position, police said, but he refused. Lowe allegedly fired at police numerous times during the 14-hour standoff, according to police. At 2 a.m. on Wednesday, Dec. 11, the PSP SERT returned fire and killed the individual.

The trooper who was struck was flown from the scene. He is currently hospitalized and in stable condition. Original reports from police stated he was undergoing surgery, but at 8 p.m. on Tuesday, police announced the trooper did not require surgery. Another trooper sustained a leg injury, was treated and released.