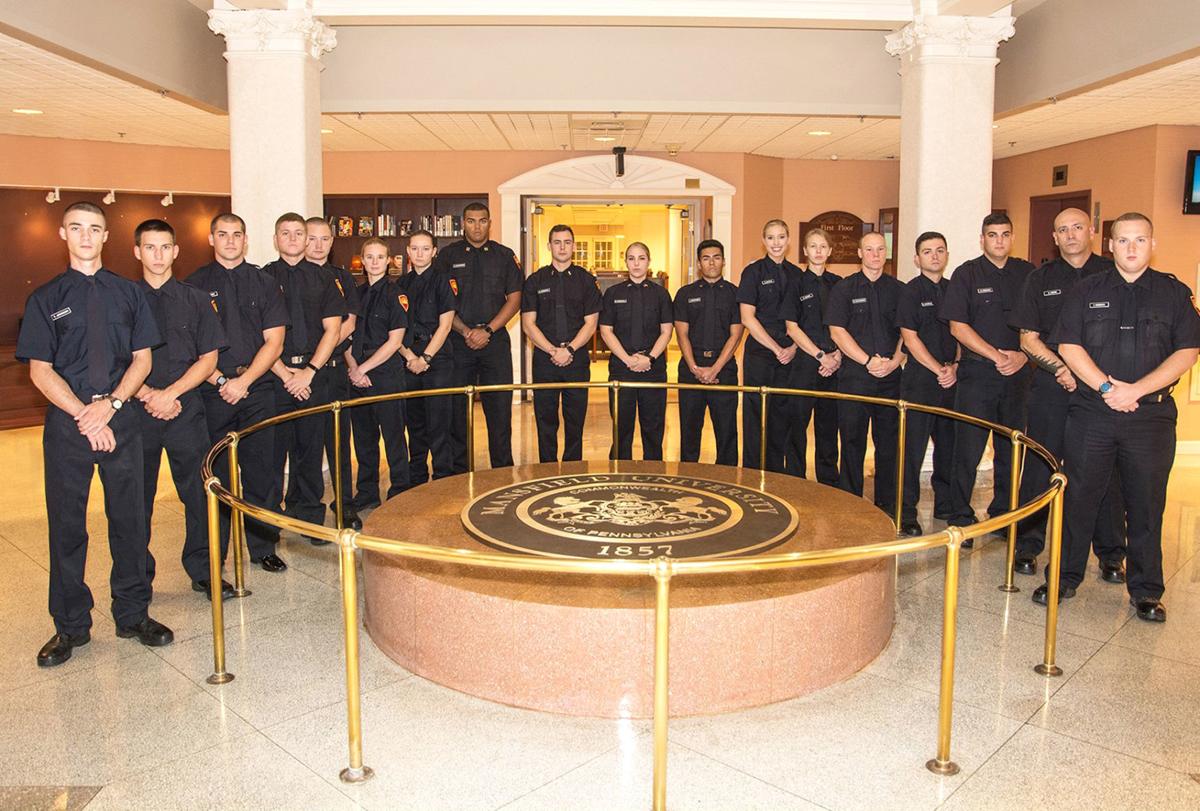 The 36th Class of Municipal Police graduated from from the Mansfield University Police Academy Nov. 2. 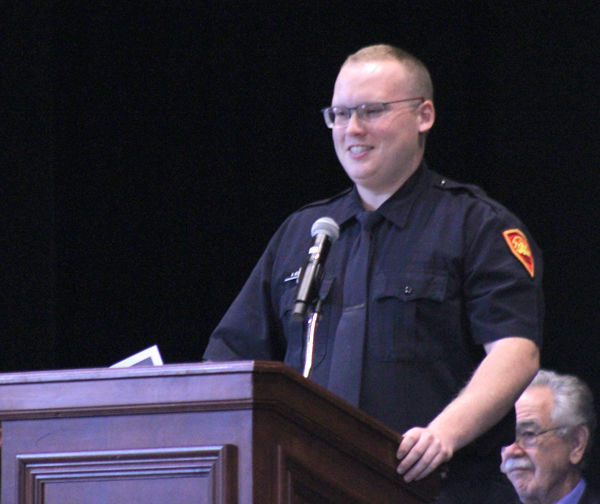 Ian Creech spoke on behalf of the 36th class of municipal police during Saturday's graduation ceremonies in Straughn Auditorium.

The 36th Class of Municipal Police graduated from from the Mansfield University Police Academy Nov. 2.

Ian Creech spoke on behalf of the 36th class of municipal police during Saturday's graduation ceremonies in Straughn Auditorium.

For 25 weeks, the 36th class of municipal police cadets trained at Mansfield University. The cadets endured grueling training, that will prepare them for the work of their chosen careers. Their dedication was rewarded Saturday, Nov. 2 in Straughn Auditorium as the 18 person class graduated from the academy and took the next step toward their careers in law enforcement.

In addition to the rigorous training they received, this class made history by being the first to integrate virtual technology in the classroom. Mansfield University was the first municipal police academy to begin using the technology this year. The VR program enables cadets to experience realistic situations, thus providing an additional practical component to their training.

Ian Creech spoke on behalf of the graduating class. A recurring theme as Creech addressed the audience was the sense of teamwork that was instilled in cadets throughout their training.

“For the final PT it was a rainy, cold day and we had couple of people who were struggling making the mile and a half time. So a couple of our fastest runners decided they would forfeit trying to make their best times and run with the people who might have been struggling a little bit. Teamwork is so crucial to this job and that’s what this academy has developed,” Creech said.

During the graduation ceremony, Henry made a special memorial presentation in honor for Trooper Joseph Welsch.

Welsch served out of the Mansfield barracks and died in the line of duty on Sept. 13, 1977. The night Welsch died, Wellsboro mayor John Wheeler, then in the Wellsboro police department, removed the Keystone patch from Welsch’s uniform. Wheeler maintained the patch for many years, until he recently approached Wellsboro police chief Jim Bodine looking for a way to honor Welsch. They decided to memorialize the patch.

During the ceremony, the patch along with a description of Trooper Welsch’s service was presented to Welsch’s niece Jennifer Mercerau during the graduation. Following Saturday’s ceremony, the badge will be displayed at the Pennsylvania State Police Museum.

“What a great mission and career that you have chosen, to bring peace to our world, to our country, to our commonwealth and to our communities. We each have a role to play in promoting peace, but few play a greater role in this effort than our police officers,” Owlett said.

Sunshine and clouds mixed. A stray shower or thunderstorm is possible. High 88F. Winds NW at 10 to 15 mph.