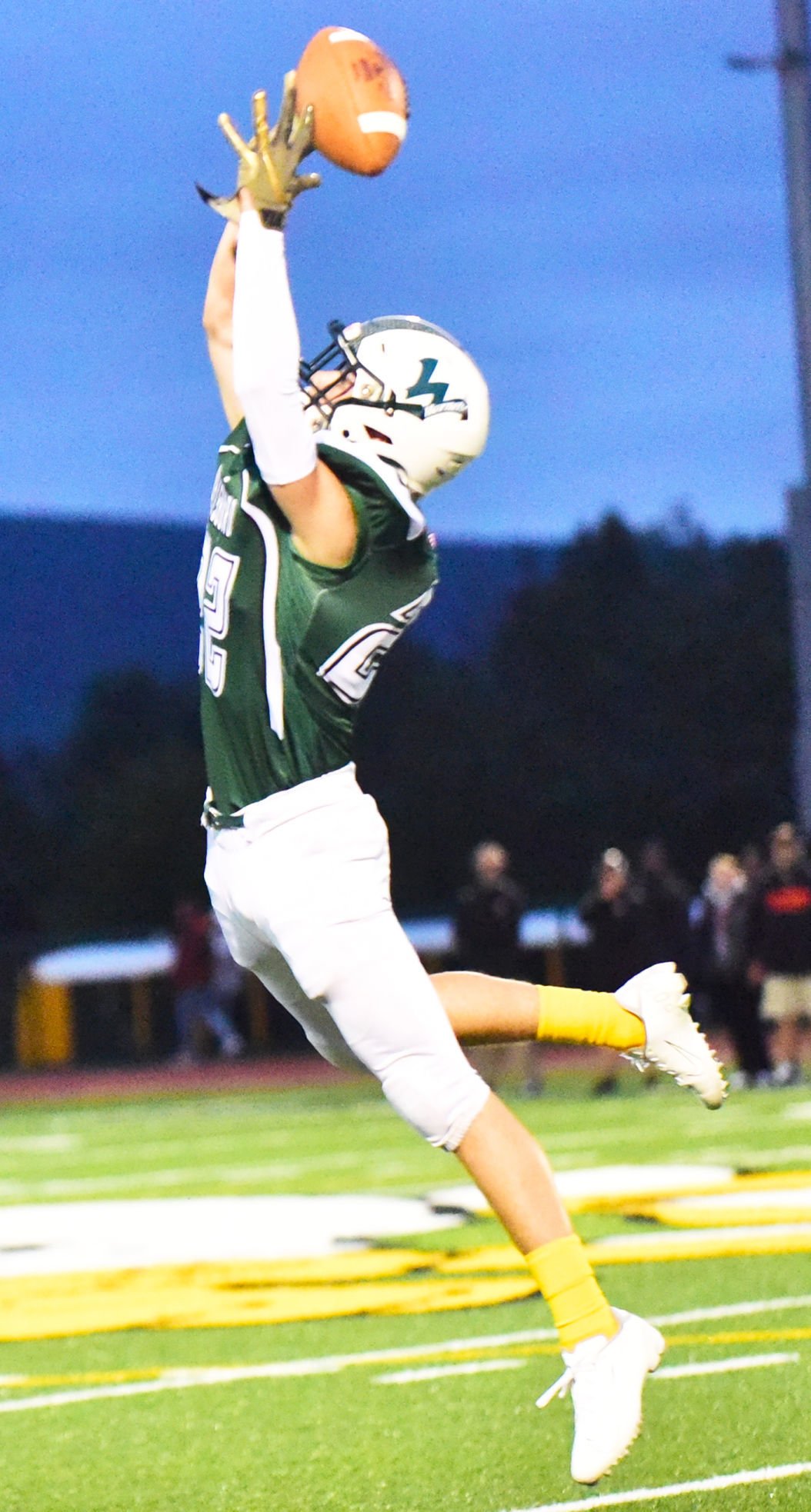 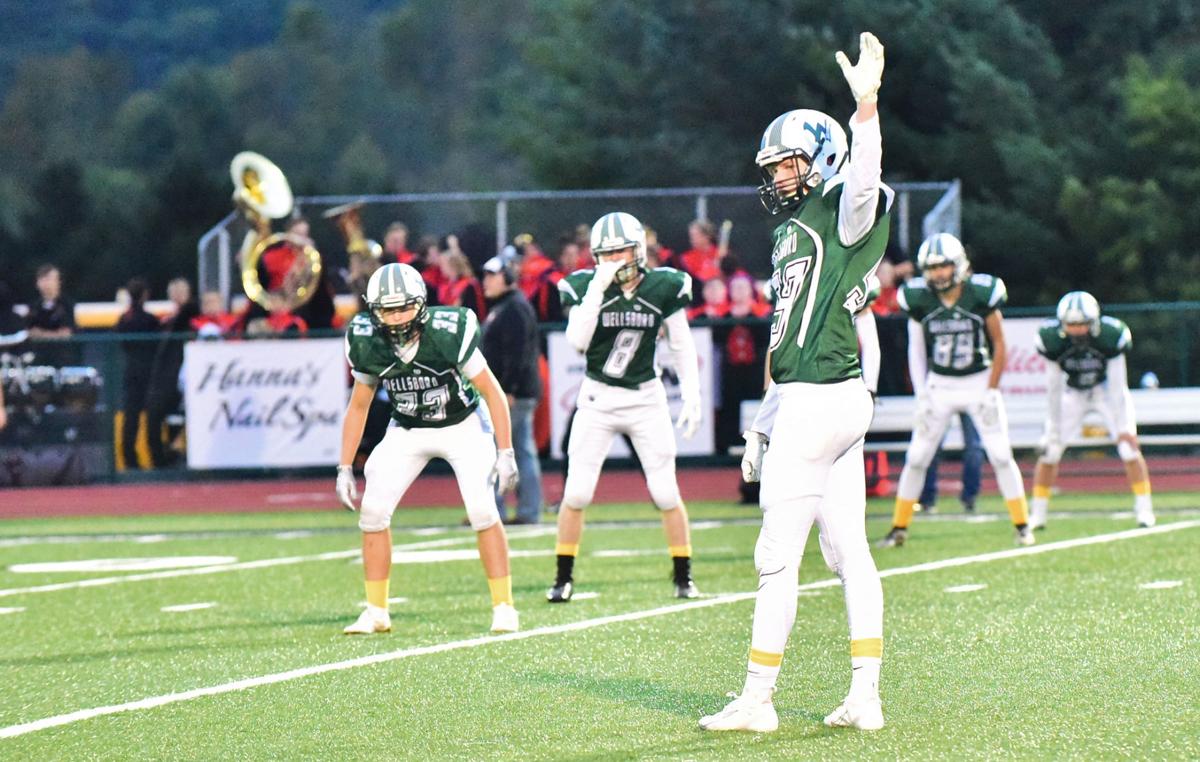 The Hornets get set for an opening kick-off in their win against the Towanda Black Knights.

The Hornets get set for an opening kick-off in their win against the Towanda Black Knights.

The Wellsboro Hornets were on the road this week against the Hughesville Spartans in a non-league football matchup where the Hornets were looking to extend their win streak to three games straight, and give them their fourth win of the season.

Wellsboro has been on a tear over the past two weeks, outscoring opponents 124-40, and they continued to pour on the offense against the Spartans. The Hornets have averaged 379 yards per game on the ground this season, and have amassed over 1,500 yards of rushing offense through their first four games.

The Hornets team currently leads the NTL in scoring with over 50 points per contest, have one of the best running attacks in all of the NTL and have scored 26 rushing touchdowns by eight different players.

The Hornets continued the trend of a high-octane run approach against the Spartans, with 10 players recording at least one rush attempt and compiled 361 yards on 43 carries for the night.

In the first quarter, the Hornets and Spartans traded touchdowns, with the Hornets striking first with a four-yard rush from Aiden Hauser with 6:39 to go in the quarter. The Spartans responded back as time was expiring, with a 22-yard touchdown run to close out the scoring for the quarter.

With only five minutes remaining in the quarter, Hauser took a punt the distance from 82 yards out to score his second touchdown of the night and give the Hornets the lead. Just a few minutes later, Hauser scored his third touchdown of the night, but this time he tossed a ten-yard touchdown to Logan Henry to put the Hornets up 21-7 with only 3:33 left to play in the half. Hauser wasn’t done quite yet though, with the Hornets driving the distance of the field and Hauser punching it in for his fourth touchdown from the one-yard line with 33 seconds left to give the Hornets a 27-7 advantage going into the half.

The second half was more of the same, with the Hornets continuing to run the ball effectively as they have all season. The scoring was opened by Alex Burrell scoring from one yard out with nine minutes remaining in the third. In the final minute of the quarter, Hauser punched in yet another touchdown from two yards out with 43 seconds left to bring the score to 41-7.

In the fourth, the Spartans and Hornets traded touchdowns, with Nick Smith breaking free for a big 62-yard run in the closing moments of the game. The Hornets claimed their third victory in a row with a score of 48-14 and push their record to 4-1 going into their homecoming game.

The Hornets offense was once again paced by senior running back Hauser, who had 166 yards on 15 attempts and three touchdowns. He also added an 82-yard punt return and a 10-yard passing touchdown to give him a total of five touchdowns on the night. Smith also had a impressive stat-line on limited carries totaling 72 yards on just two carries with a touchdown. Burrell also added 44 yards on eight carries and a touchdown, and all three helped power a rush attack that totaled five touchdowns on the night.

On defense, the Hornets only allowed 195 yards and forced two turnovers. They also were able to hold the Spartans to under three yards per carry on the ground. Clayton Orsborn helped lead the way for the Hornets, coming up with nine tackles and leading the team. Joe Brown tallied six tackles and Darryn Callahan added five. Logan Henry was a disruptive force in the backfield coming up with two sacks in the contest. The Hornets continue to play at a high-level, and are looking to continue their success and push their win streak to four this Friday, as they host the Athens Wildcats for their homecoming game at 7 p.m. in Wellsboro.

Team Stats: WO HE