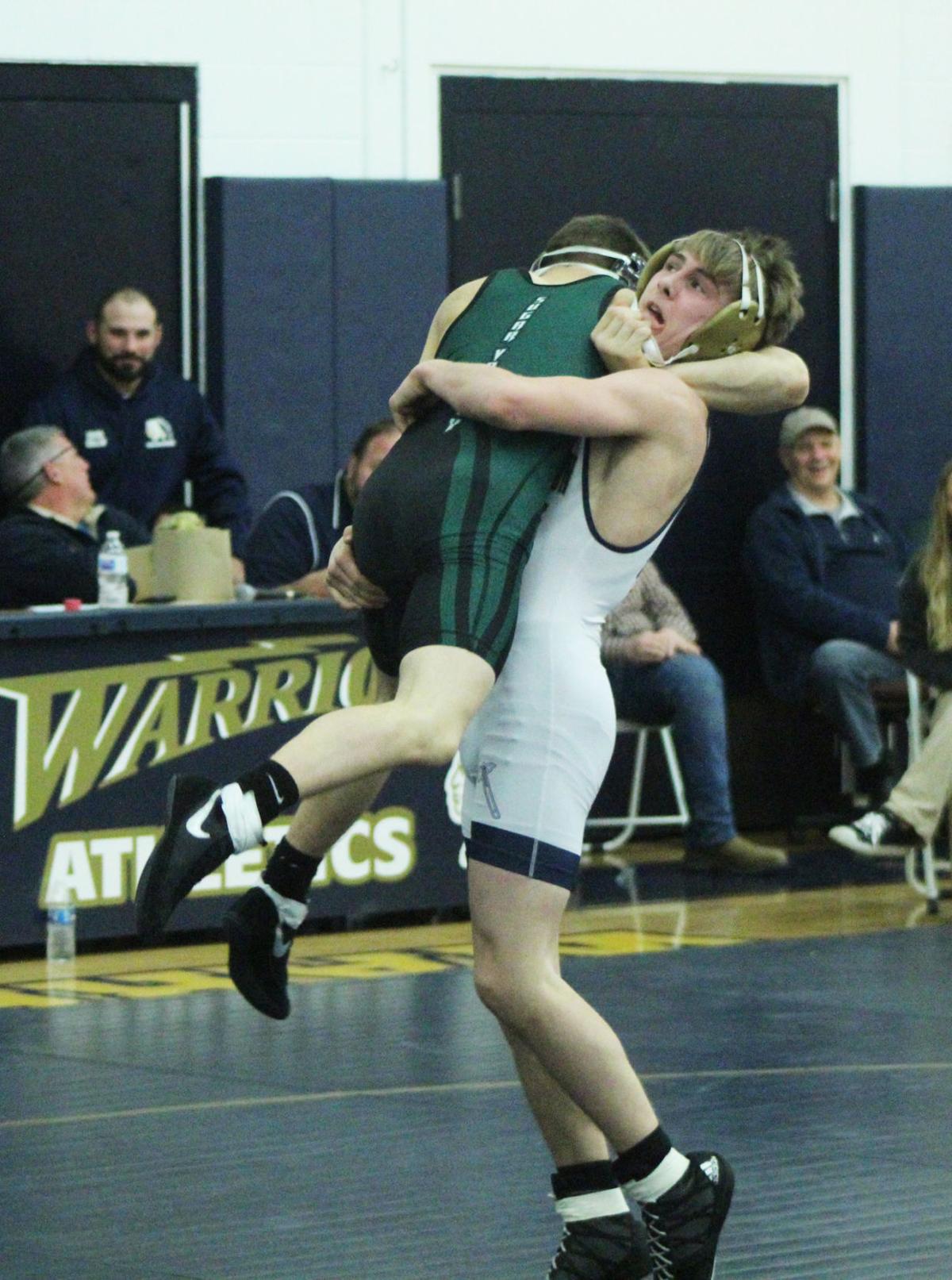 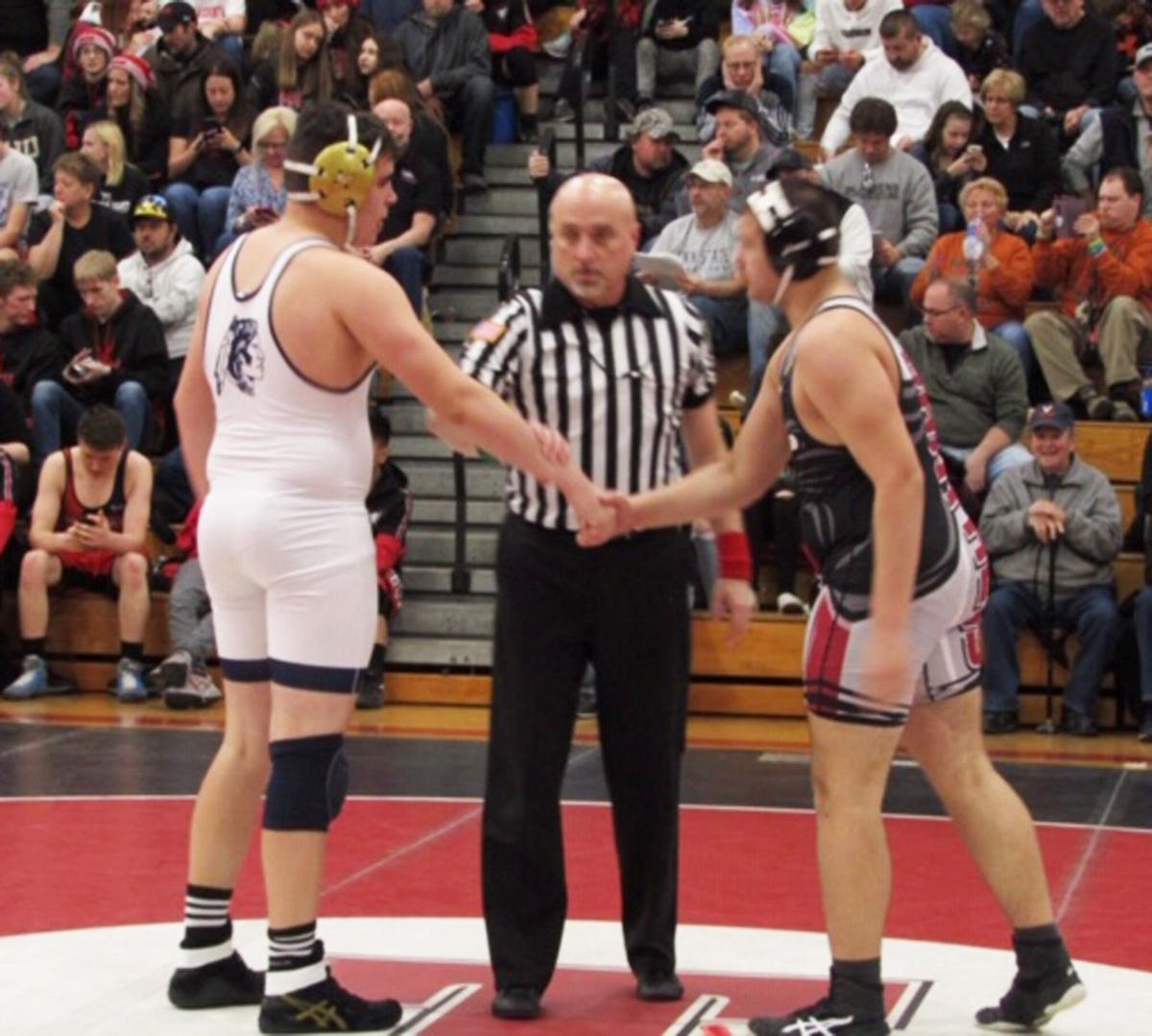 After two forfeits in the 106 and a forfeit win for Chelsea Hungerford (0-1) in the 113 weight class, the first match of the night was Christian Falkler (12-12) against Sugar Valley’s Gavin Hampton who used a strong second period to gain the upper-hand and top Falkler by a score of 15-3.

In the next match, Carter Gontarz (11-10) came up with Williamson’s second win of the night, and used two big reversals in the second period to edge Gavin Hampton, from Sugar Valley, in a tightly contested match, 10-7.

After a Williamson forfeit, Josh Hultz (16-13) took the mat to take on Dominick Kennidy in a match that went down to the wire, as Hultz pulled off a timely takedown in the third period in order to turn a 4-3 deficit into a 5-4 victory for Williamson.

After a tough match for Sam Cummings (11-11) who lost by tech fall and a Williamson forfeit, the Warriors were holding on to a slim 18-16 lead with only six matches left.

The Williamson Warriors’ (9-10) headed to postseason wrestling section of the season that would bring them to Troy on Saturday, Feb. 15 for the District 4 AA North Sectionals where the Williamson Warriors came away with an eighth place team finish and three wrestlers making it to the podium on the day.

The Warrior wrestlers have an extremely talented group of young wrestlers that should continue to improve throughout their high school careers. Williamson was led by one freshman, two sophomores and a junior who have been huge for Williamson this season.

A big surprise for Williamson this year has been the emergence of freshman Ayden Sprague, who started slow to begin the season going 6-6 in his first 12 matches, but has been on a tear coming into the end of the season, and since has won nine of his last 13 to move him to 15-10 on the season.

Sprague had himself a great day in Troy and pushed himself all the way into fourth place in the 106-pound weight class.

The Williamson wrestling unit has been led by sophomore Kade Sottolano who leads his team with an impressive 24-7 record and continued to compete at a high level and took home the highest finish for any Williamson wrestler placing third in the 220-pound bracket.

The other sophomore standout has been Mikey Sipps who sits at 19-11 . He made a run this past Saturday and came up with a big win in the consolation semifinals to Troy’s Josh Isabell by decision, 10-2.

Josh Hultz also provided a strong outing for the Williamson squad, but was taken down by Towanda’s Skyler Allen by decision, 5-0.

Williamson has enjoyed a steady rise in performance with their young team, and will look to keep things trending into this weekend as they travel to Williamsport for the District 4AA meet on Friday, Feb. 21 and Saturday, Feb. 22.

Results from sectionals are below according to PA-Wrestling.com: