Skip to main content
You have permission to edit this article.
Edit
Free Press-Courier
Wellsboro Gazette
Potter Leader-Enterprise
Share This
1 of 3 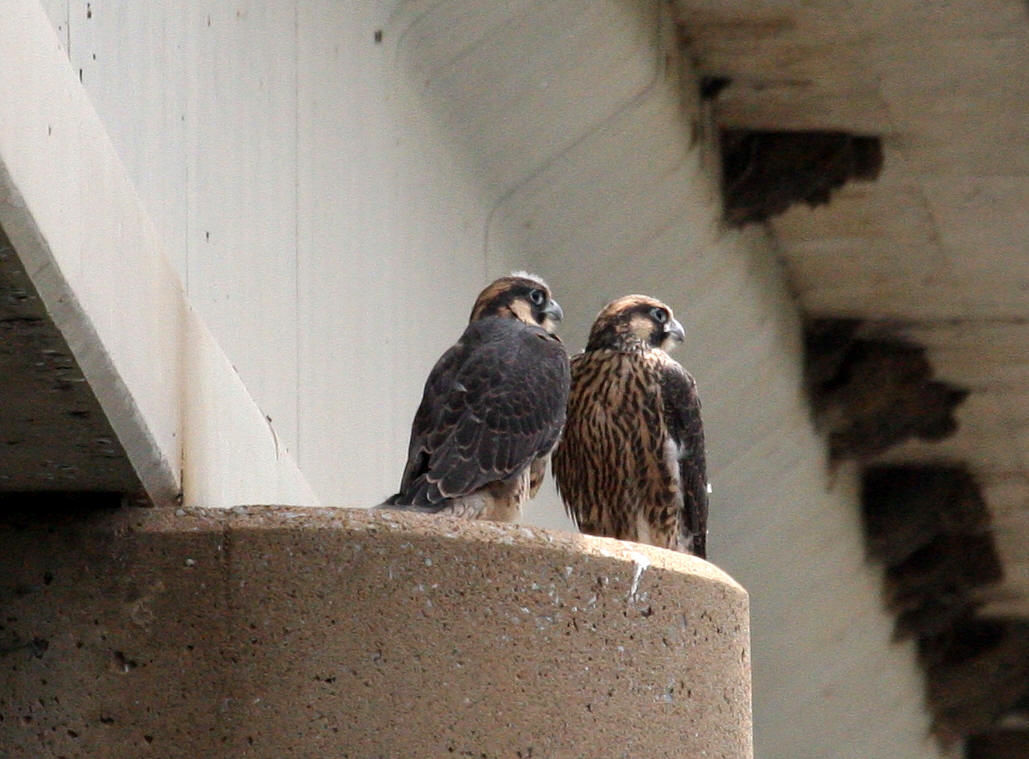 A pair of peregrine falcons keep watch over the hacking tower on the Genetti Hotel in Williamsport. 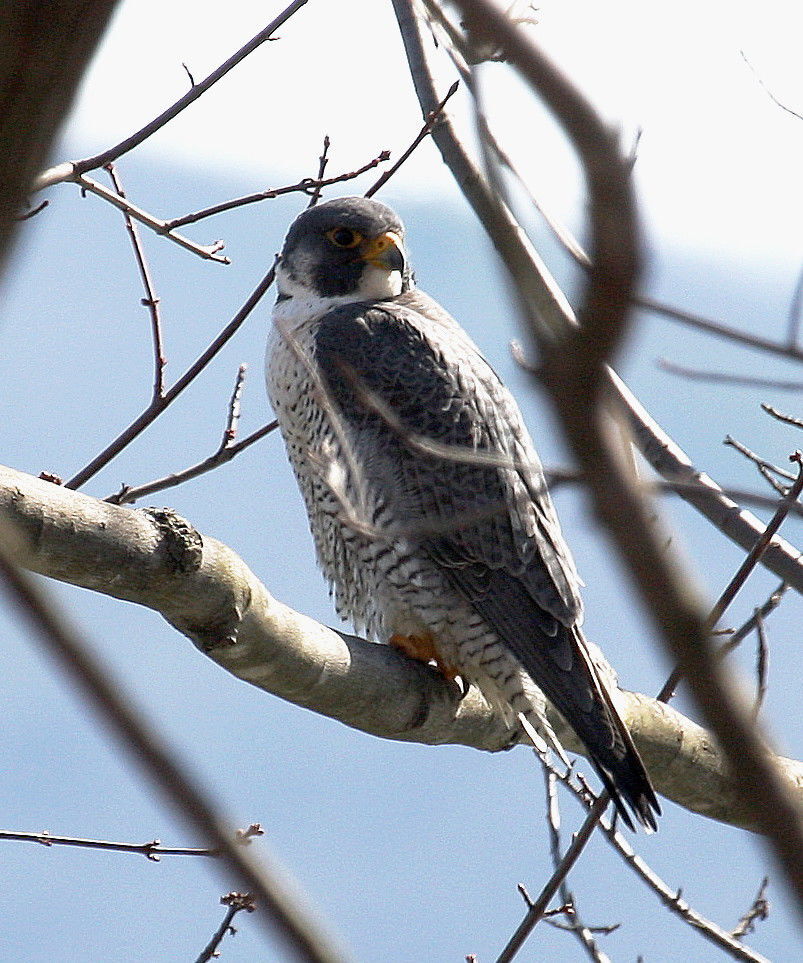 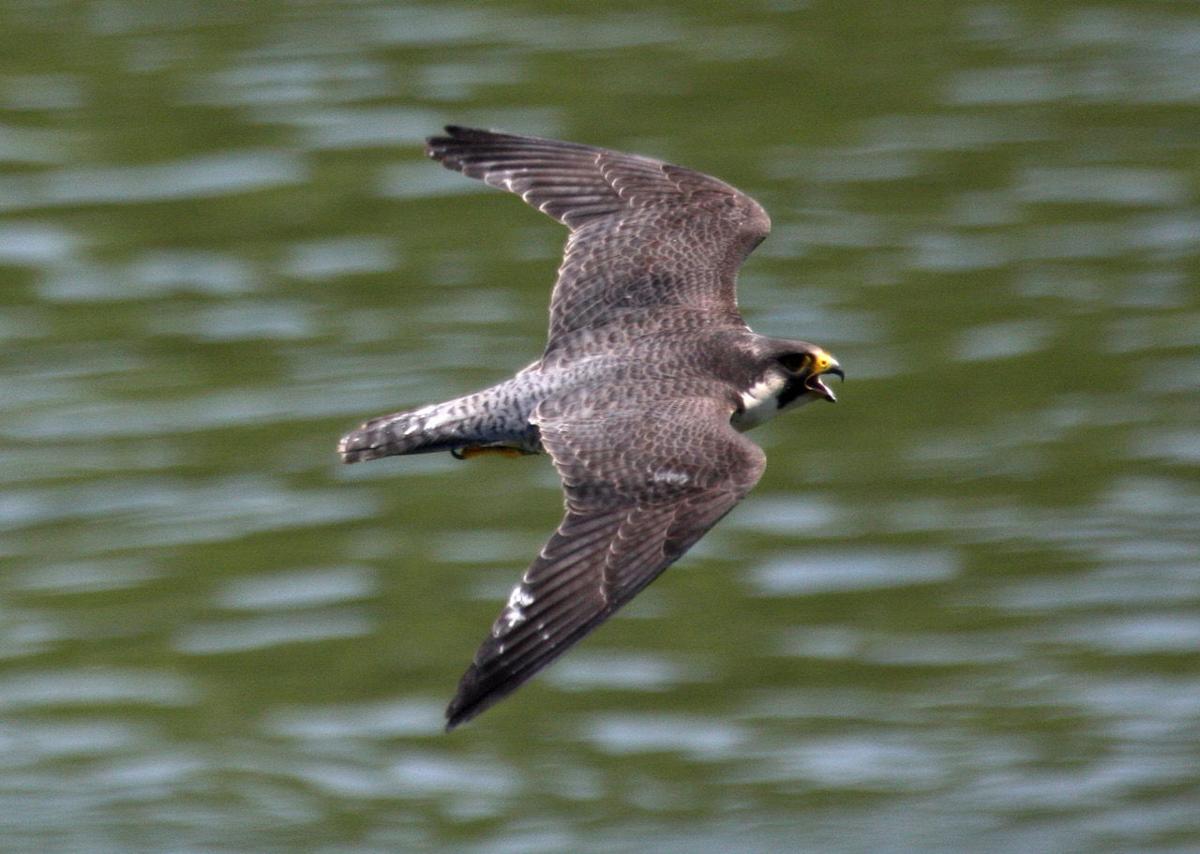 A peregrine falcon soars over water.

A pair of peregrine falcons keep watch over the hacking tower on the Genetti Hotel in Williamsport.

A peregrine falcon soars over water.

The peregrine falcon is one of the fastest birds in the world, but did you know it once called parts of northern Pennsylvania home? It is regarded by falconers and biologists alike as one of the noblest and most spectacular of all birds of prey.

It’s a big bird, up to 20 inches long with a wingspan over 3½ feet. It feeds primarily on other birds (it is also known as the duck hawk), has big feet with sharp curved talons, and in a power dive, or stoop, it can reach speeds of nearly 200 miles per hour.

This past September, the Pennsylvania Game Commission removed the peregrine falcon from the state’s threatened species list, just two years after upgrading the bird’s status from endangered to threatened. But only 40 years ago it would have been nearly impossible to find one in the state at all.

Pesticides, primarily DDT, from the bird’s prey caused a widespread failure to reproduce during 1940s-1970s, and the species disappeared from much of its former breeding range. The peregrine has since been reintroduced in many areas in North America, and current populations appear to be stable or increasing.

Many local bird watchers will recall Williamsport’s role in helping the peregrine falcon populations rebound. Beginning in 1992, the Lycoming Audubon Society planned and financed what became the Peregrine Falcon Project, and its members volunteered thousands of hours in raising funds, feeding young birds and monitoring fledged birds once they were released.

While many names of volunteers could be listed here, I shall only mention two — Ed Reish of the Farragut Wildlife Rehabilitators, who was the primary driving force and passion within LAS to complete the reintroduction, and Jerry Zeidler, retired from the PA Game Commission, who was instrumental in gaining donations for the Wine and Cheese Evening fundraisers, also held at the Genetti.

Very young birds were usually obtained through licensed propagators. The young birds were kept in an enclosed rearing box atop the Genetti and fed without human interaction. After about seven weeks, the young birds were allowed to try their wings for the first time. All the birds were tagged with a harmless tiny metal band before being released. Interestingly, peregrines do not need adults to teach them to fly or hunt.

To help people understand what was happening, the Genetti installed a video camera at the nest box on the roof of the building and had a monitor in their lobby. Folks would watch the young birds feed and stretch their wings for quite a while. Media coverage of milestones in the young birds’ development, such as arrival, tagging or fledging, was common.

There were some interesting things that happened during the project that underscored the deep concern many people had for the peregrine, such as the Pittsburgh artist, contacted for a donation, who authorized LAS to print and sell his original artwork “Return to Penn’s Woods” — the first print sold for $1,000 (the artwork was also the cover of the June 1994 Game News); the Northumberland County elementary school which heard about the project and started “Pennies for Peregrines,” raising hundreds of dollars; and the dozens of people who would frequently gather atop the downtown parking garage to watch the young peregrines during their initial flying attempts from the roof of the Genetti. One other unusual circumstance was that one chick was obtained in Maryland near the shore because the peregrine parents (a threatened species at the time) was eating a different threatened species being monitored by another agency.

In all, 21 peregrines were released into the skies of Williamsport. Where are they now? One was spotted in Montreal several years after being released. Another bonded with a partner and raised young on a bridge structure near Pittston. With a lifespan of about 15 years in the wild, only the un-banded descendants are still around.

It was a wonderful, and fulfilling, experience for the many involved in the Peregrine Falcon Project to know that the birds they cared for have helped replenish their species, and even more so now that they are no longer threatened.

Dan Alters is a past president of Lycoming Audubon Society and was active during the Peregrine Falcon Project. He lives in Bellefonte with his wife, Patti.