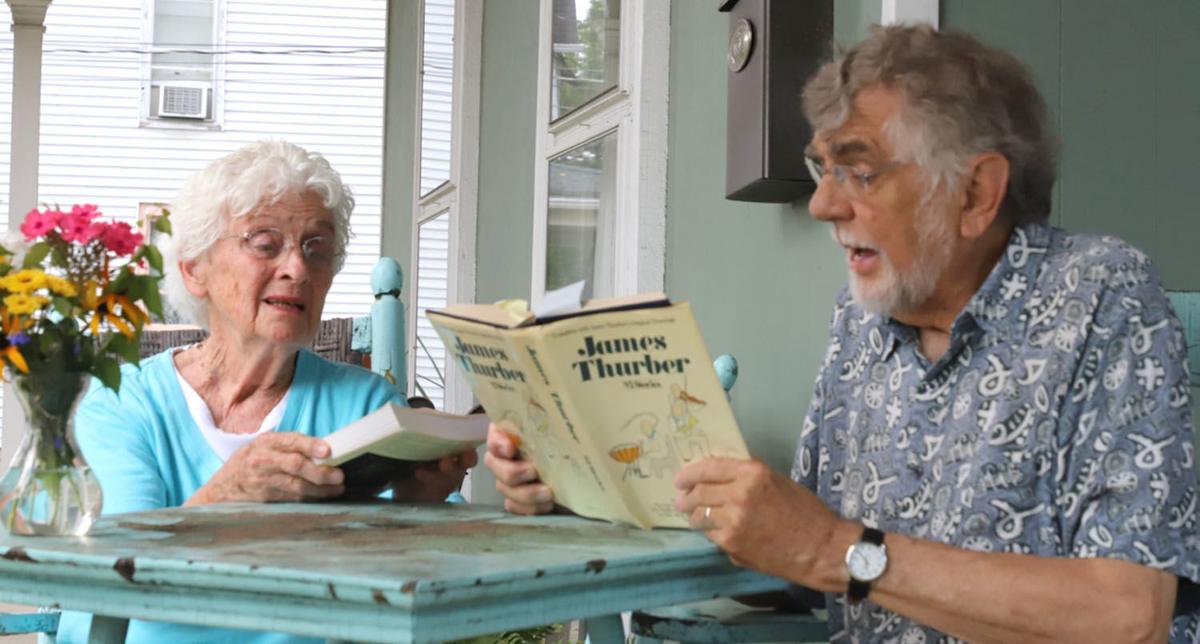 Barbara and Larry Biddison review some potential stories and poems for use by participants in Hamilton-Gibson’s Acting Up group. 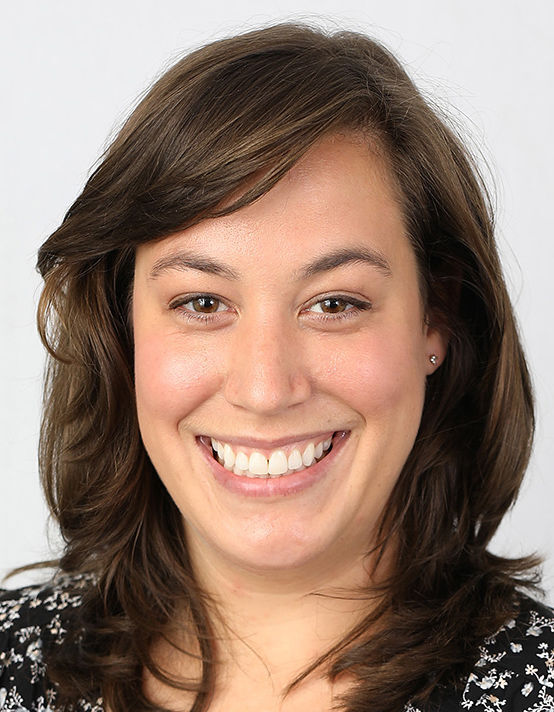 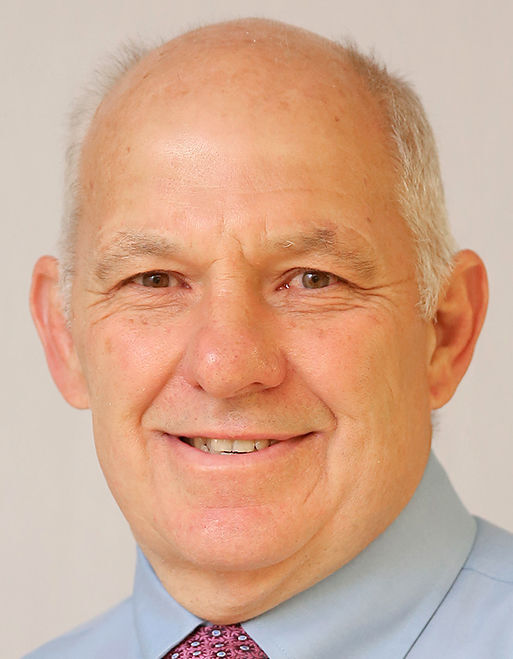 Creativity is a necessary component of the human existence. While some may consider it used only during the artistic process, creativity comes into play anytime someone has to find a new solution to a problem.

That kind of creativity — from the daily acts of how to rig a machine into operating order to penning a magnum opus — benefits a person in many ways.

“On a day-to-day basis, a lot of things happen and we get caught up in all that external activity and can lose touch with ourselves,” said Alyssa Hoffman, a licensed clinical social worker with Laurel Behavioral Health. “Creativity helps us get back to our own self. We explore who we are in a way where we can let go of pain and define it rather than having it define us.”

“The way it does that is you’re using more than one way to look at something,” Cerrone said. “Creativity is looking at many variables at one time and how to put them together, or how to be creative.”

When solving a problem, an individual must assess the issue, look at the materials at hand and how they can be used, determine who is available to help with the project and their specific skillset and come up with a solution that uses those resources to the best advantage, Cerrone said.

Julie Schlosser is a board-certified music therapist with Momentum Music Services. She has observed many benefits in being creative.

“I think the starting point for that is, if you’re putting aside a space in your day or your week for creativity, you’re already taking a step in making yourself a priority,” Schlosser said. “I think that is a key ingredient.”

Creativity can have a therapeutic role when Schlosser incorporates music. Physically, people are engaged in moving when playing an instrument, improving their breathing when singing or playing a wind instrument and engaging the brain with rhythm. It also reduces stress and enhances, as the Beach Boys would say, good vibrations.

“When we are in a creative space in our mind when improvising musically, we’re actually decreasing stress hormones and increasing happy hormones,” Schlosser said.

The good news: every person receives the same benefit.

“It doesn’t matter what age you are or what your skill level is. You can have no training and can tap on a drum and reap the same benefits as someone who has had years of classical training on piano,” she said.

Larry and Barbara Biddison of Wellsboro have observed how creativity has enhanced people’s social lives and confidence through 10-plus years of leading Hamilton-Gibson’s Acting Up program for adults age 55 and older.

“It is so thrilling to see people who come to the first Acting Up class and they’re sitting there like a bump on a log and thinking they can’t do it,” said Larry Biddison. “You watch them bloom and blossom. It happens all the time with people who didn’t think they could do certain things.”

Acting Up participants sometimes go on to publicly perform with the Acting Out program, form friendships and find out what resonates with them, said the Biddisons.

“They are encouraged to bring something that is brief that we can share and pass around to read,” Barbara Biddison. “You get to see the creative juices of other people’s life and mind when they bring in something they’ve chosen.”

As the participants read a selected poem, short story or scene, each person adds to the understanding of the work.

“Each person reads it with a different intonation and a different emphasis. The clarity of the poem gets clearer and clearer as more people read it,” Larry Biddison said. “The images are powerful that are painted in words. When you see them catch on to how to make the words come to life into pictures, that’s a creative act for sure.”

During the pandemic, people have gotten creative in finding new outlets for creativity and performing their day jobs.

“A lot of people are secluded more than they would normally be. I think that’s good for creativity, anyway,” Cerrone said. “There are limitations on being quarantined or going outdoors, but it can paradoxically fuel creative expression that could be good for the person.”

Teachers have found new ways to present material and inspire students. Other people express their feelings artistically, rather than acting inappropriately, or using addictive substances

“If you are quarantined, the idea is not to ignore that bad feeling. The idea is to express it through the creative process,” Cerrone said. “If you are in a confused state, or fearful or angry, stick with that feeling and express it creatively instead of being destructive or using mood enhancers.”

Nature can offer an avenue for artistic expression, Hoffman said. People walking through the woods or park can take photos with their phones of something that is beautiful or meaningful.

“Sometimes it’s just expressing yourself and being in the moment and being mindful, especially in the time now when things are so scary. It’s crucial for all of us to do,” Schlosser said.

The Biddisons have found a new creative outlet by writing blogs for Hamilton-Gibson. They touch on past productions, memories and thoughts about what goes into performing on stage.

“I have no desire to do academic writing at all, but I plugged into the H-G blog once or twice and decided I like doing this,” Barbara Biddison said. “You grab an idea and you go with it and see where it takes you. It is a free wheeling creative act… Your job is not to persuade people to think what you think; your job is to bring people along. That kind of writing is something anyone can do.”

Taking on a new challenge can enhance self-confidence, whether it’s adding a new component to what you’re already doing or trying something completely new.

“They like the finished product of what they do or how they interact with others or the feeling of ‘I did good,’” Cerrone said. “That enhances self-assurance and the positive type of thinking.”

“Trying to play is important. We as adults forget to do that: play and explore things,” Schlosser said. “Find something for you that is really satisfying. Don’t be afraid to try new things and don’t worry about mistakes. It doesn’t matter if anyone else has to hear it. If it’s meaningful for you and makes sense for you, that’s all that matters.”