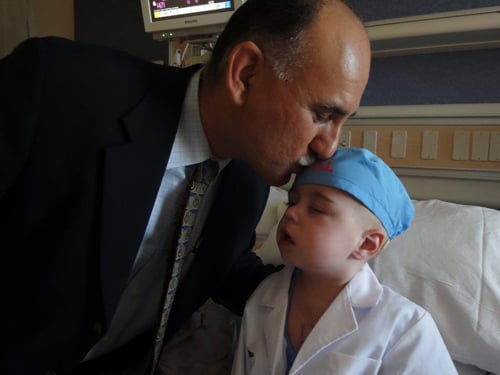 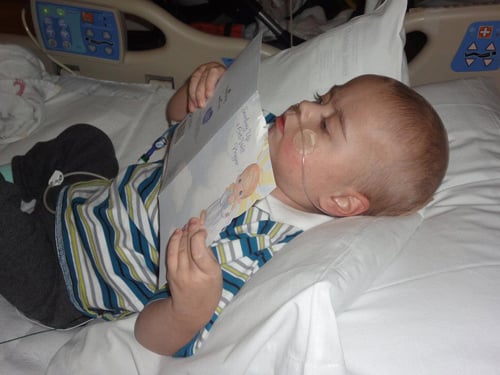 Nicholas reading a card sent by a well wisher in his Janet Weis hospital room.

Nicholas reading a card sent by a well wisher in his Janet Weis hospital room.

After nearly three months of being a patient at the Oklahoma Children’s Hospital in Oklahoma City, Okla, Nicholas Ogden, a toddler from Covington, was able to finally return to Pennsylvania.

Nicholas, who is now a patient at the Janet Weis Children’s Hospital in Danville, was diagnosed with hypoplastic left heart syndrome (HLHS) before birth. HLHS is a rare congenital heart defect in which the left side of the heart is severely underdeveloped

“Coming back to Pennsylvania was bittersweet. We met some wonderful people while in Oklahoma but the saying ‘no place like home’ is our new motto,” said Jackie Ogden, Nicholas’ mother.

Nicholas traveled to Oklahoma for a heart surgery. What should have only been a short stay quickly turned into months due to complications with little Nicholas’ heart. Staff that took care of Nicholas soon became more like friends.

“My heart broke when Nicholas covered his eyes and cried saying goodbye to his physical therapist. The most difficult part was saying goodbye to our heart surgeon and friend. We will be taking Nicholas out to meet him around age 5 barring nothing happens between now and then. In the meantime, we will definitely keep in touch with Dr. Pourmoghadam. He won our hearts when he saved our son’s,” Jackie said.