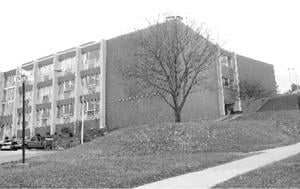 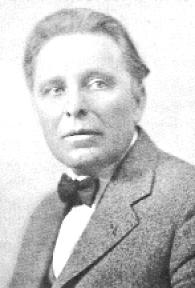 Music has been a tradition on campus since the days of the Mansfield Seminary in 1857. Ellen Seaver served as the seminary’s only teacher of music that year. By 1871, the campus hosted a state normal music academy. The name "music department” was adopted in 1914, the same year Mansfield State Normal School hired the man for whom Butler Music Center is named.

William George Butler was an accomplished musician and composer. He is so prominent that the State Museum in Harrisburg has a display case dedicated to his work and the Pennsylvania Museum and Historical Commission has numerous archives of his work.

The nearby town of Blossburg claims two famous native sons. The first is William B. Wilson, the first U.S. secretary of labor. A stretch of U.S. Route 15 is named in his honor. Dr. Will George Butler opted instead for the performance arts and made his own mark in history.

Butler was born Jan. 31, 1876 in Blossburg. His father was from a prominent family in Vermont and was the conductor of a railroad that ran the important coal route from Blossburg to Morris Run. His mother was Eliza (Putnam) Butler, a direct descendent of Israel Putnam and Cornelius Vanderbilt. The former figured prominently in the founding of Tioga County and the latter was the famous railroad magnate who made a $1 million donation that started Vanderbilt University three years before Butler was born. (Vanderbilt was founded by the Methodist Bishop Holland N. McTyeire of Nashville, a cousin of the Commodore’s second wife. McTyeire went to New York for medical treatment and recovered at the Vanderbilt mansion. Cornelius was impressed by the Bishop, who wanted to start a university in the south and made the contribution.)

Butler received his early education at Blossburg schools and entered Mansfield State Normal School. He graduated from the teacher’s course in 1897 and the social and music courses in 1898. While at Mansfield, Butler became one of the founders of the Delphic Fraternity. He was a great musician, but particularly excelled at the violin.

His first teaching experience was at Kansas State Teacher’s College, now called Emporia University. There are historical sources indicating that Butler wrote the alma mater for that school, but that institution has since changed its school song. Butler taught in Kansas between 1898 and 1904. During that time, he earned both his bachelor and master of music degrees from Chicago Musical College.

In 1904, Butler was associated with the department of music at Dickinson Seminary (now Lycoming College) in Williamsport. The following year, he earned his doctorate from the State University of New York. While in Williamsport, Butler again composed an alma mater, "Hail Dickinson,” for that institution.

Butler chose to head north in 1914, the same time Mansfield State Normal School hired William Straughn as principal. During the war years, Straughn was instrumental in organizing military-style training, the Students’ Army Training Corps, for the male students. Butler served as band conductor for that unit. It was not long before Dr. Butler formed the Mansfield’s first orchestra. He was well-liked by his students, who dedicated the 1929 yearbook, The Carontawan to him. The dedication reads, "With sentiments too deep-rooted to be translated into words; with all appreciation for past service to our College; with the sincere respect of a Mansfield class to a faculty member; and with the affection of a friend to a friend, the Senior Class of 1929 dedicate this, ‘Our Carontawan’ to Will George Butler.”

For the third time at as many institutions, Butler composed the alma mater for Mansfield. His words and music, first written in 1917, are still celebrated today whenever "Mansfield, Hail” is sung.

While teaching at Mansfield, Butler served as superintendent of the Swathmore Chautauqua, a well-known music performance institute in New York, between 1922 and 1924. He also organized the first all-state high school symphony orchestra in 1935.

While teaching, Butler remained a very prolific composer. One of his more important works was "Long Live America,” which was one of the official anthems of the George Washington Bicentennial in 1932. President Herbert Hoover personally congratulated Dr. Butler on the performance. Dr. Butler also composed a state hymn, "Old Pennsylvania of Mine,” which was widely performed.

He also received international attention for his work "Visions of Oleana.” The village of Oleana in Potter County is remnant of a failed attempt to build a town for Norwegian immigrants. The original pioneer, Ole Bull, was a violinist who Butler admired (see sidebar).

While the Potter County colony failed, its history lived on. In 1920, the town of Oleana hosted a celebration to honor the founder and Butler performed his composition "Visions of Oleana.” According to historical accounts, there were many prominent people in attendance, including former governors Gifford Pinchot and William Sproul.

The composition also caught the attention of officials in Norway, and Butler received a number of letters from that country praising his work. The authors include Ole Theobaldi, a student of Ole Bull and the court musician of Norway, several diplomats and Crown Prince Olav.

Butler retired from teaching in 1938. He never married, and became ill in late 1954. He passed away on Jan. 24, 1955 at the former Blossburg State Hospital, which now houses Laurel Youth Services. His legacy lives on, though.

Butler, Grace Steadman and John Myers were all honored by the trustees who named new musical facilities for these three important teachers. In 1960 the institution became Mansfield State College and diversified its academic offerings. The music department followed suit and began offering programs in performance, music merchandising and music therapy as well as music education. By 1965, Mansfield offered a bachelor of arts in music and also offered music as a minor.

At that time, music was taught in the building now called Elliot Hall (then called the Arts Building) and had to share space with the popular home economics department. Every available space was used and students routinely had to practice in closets and bathrooms and in nearby homes. While Straughn Hall, located right next door was a convenient venue for performances, the need for a separate building to house the music department was clearly evident.Mansfield State College opened the new music and world cultures building in 1969 and promptly named it in honor of Dr. Butler. It features 55 practice rooms, which are not much bigger than a closet but which do offer good acoustics, as well as performance halls and classrooms. Since Butler Music Center is so far away from Straughn Hall, most indoor musical performances are held in a 550-seat theatre, which is named for Mrs. Grace Steadman, long-time chair of the music department. The marching band, meanwhile, rehearses on a field named for John Myers, long-time director of that band.

Other settlements in Ole Bull’s colony included New Bergen at Carter Camp and the current village of Oleana.

For more on this and other stories, pick up a copy of the Wellsboro Gazette today!