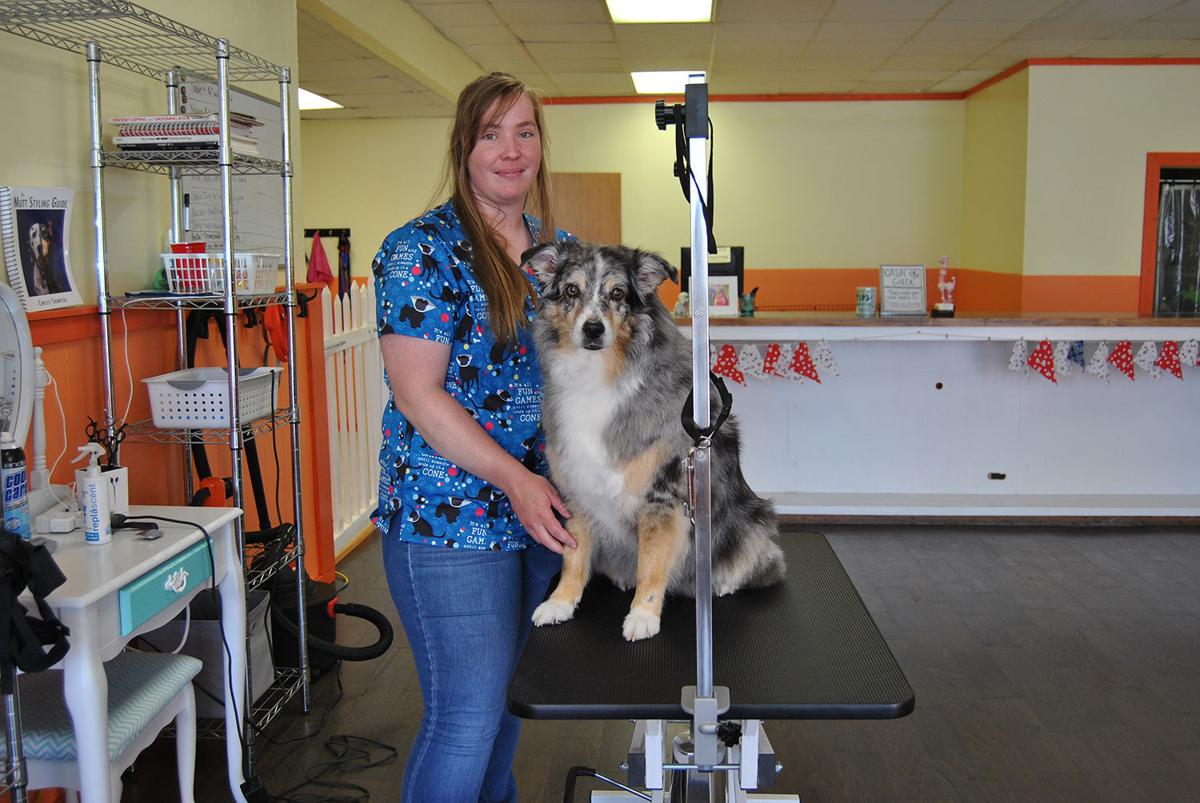 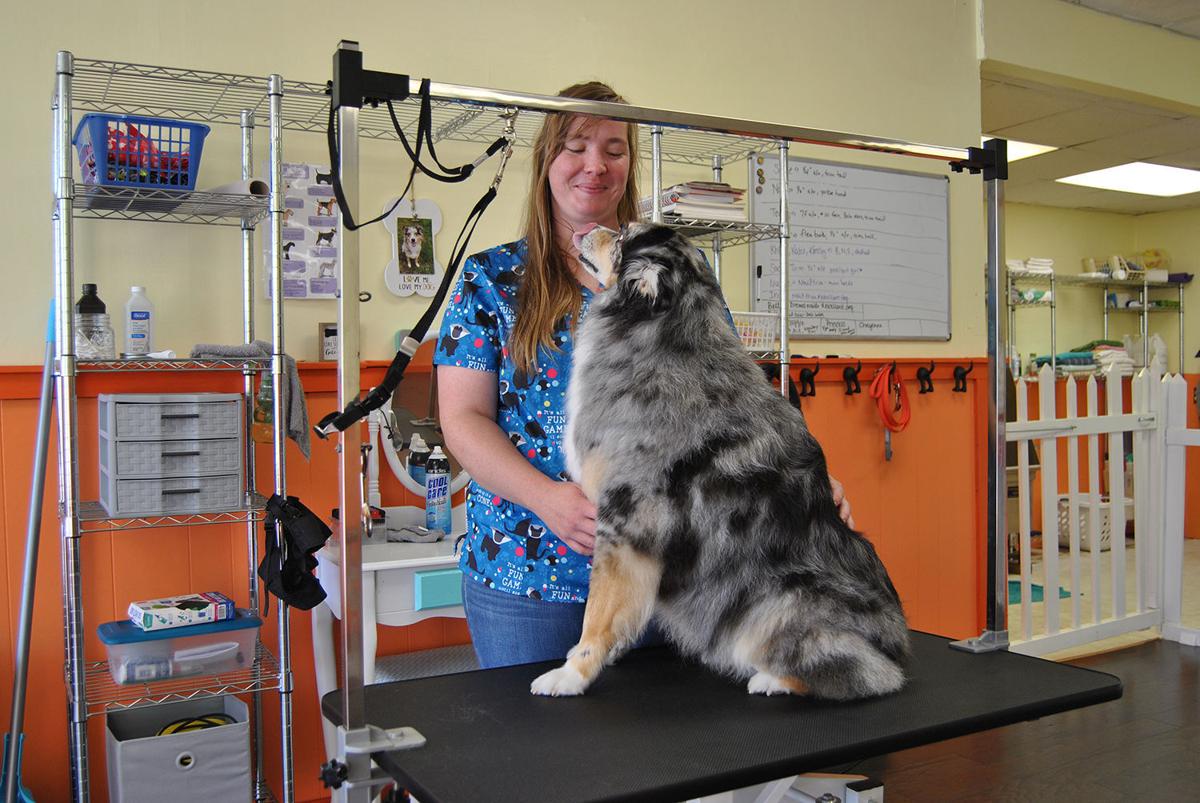 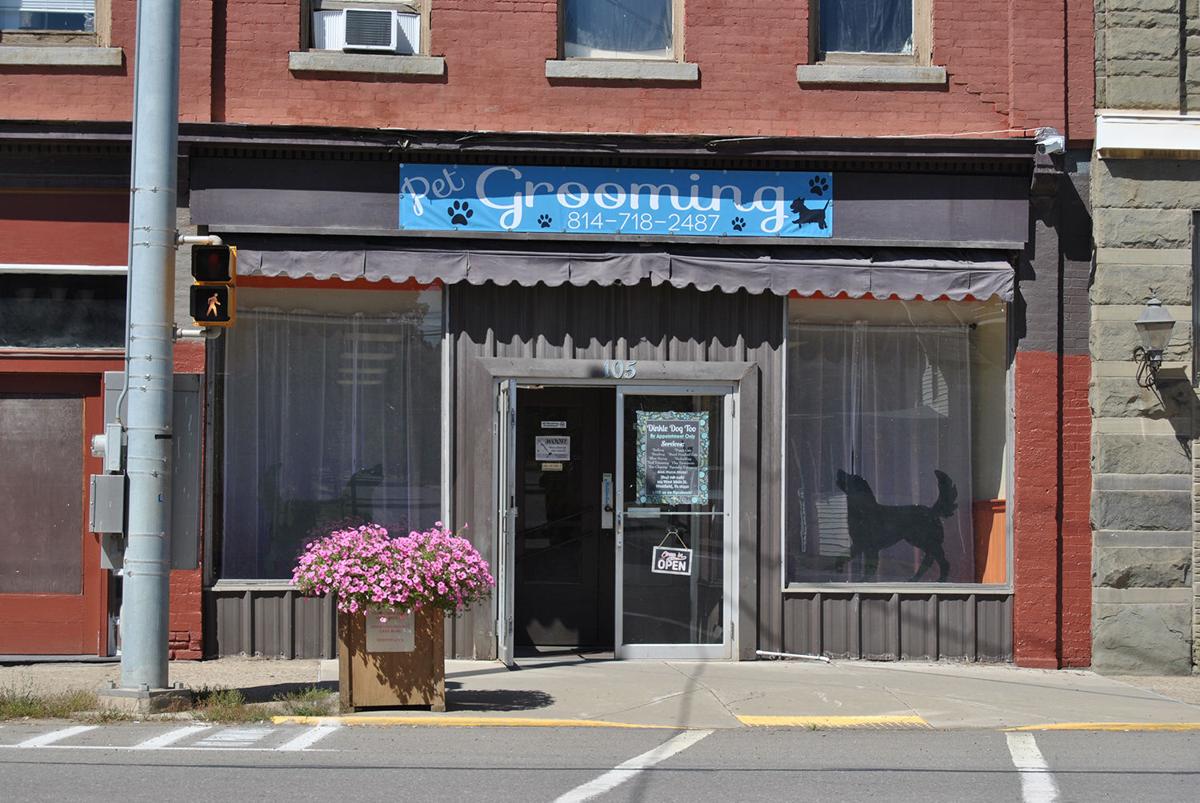 Dinkle Dog Too is at 105 West Main St., Westfield, at the crosswalk near the red light.

Dinkle Dog Too is at 105 West Main St., Westfield, at the crosswalk near the red light.

Cheyenne, an 11-year-old Australian shepherd, stands patiently during her bath. When it’s time to be brushed, she hops up on the lowered grooming table on command. It’s obvious she’s done this before.

“She’s so used to it, I’ve been bathing and grooming her since she was a puppy,” said Kelly Swarner, Cheyenne’s owner and manager and groomer at Dinkle Dog Too, which opened at 105 West Main St., Westfield in June.

Swarner said Dinkle Dog’s original location in Lawrenceville has done so well, that owner Terry Gleason started looking for a second location to accommodate more customers. Swarner, who started working at the Lawrenceville location in 2018, said business has also been great in Westfield.

“We’ve had customers from the other location who live closer and some new ones. People have been coming over from the Potter County way,” said Swarner. “Once you’ve been grooming an animal for a while, they know you and you get attached. They become part of your family.”

While the Lawrence-ville location has seen more “funky” cuts and styling, including transforming cats into dragons, Swarner said she recently gave a Maine coon cat a mullet in Westfield. They’ll perform any grooming service on just about any type of animal.

“If someone brought me in a chicken, I’d do that,” Swarner said with a laugh. “We’ve done ferrets, birds and many dogs and cats.”

Pricing and length of services depend on animal type, breed and coat length/condition. Swarner said full grooming package for smaller animals takes about two hours and anywhere from three to four hours for larger breeds. Typically, owners drop their animals off and Swarner says the furry customers usually behave better when mom and dad aren’t there.

She said it’s important for owners to get their pets used to grooming, baths and nail trims at a young age so they become used to it, like Cheyenne. Both Dinkle Dog locations require that pets have their rabies vaccines, be at least 12 weeks of age and aren’t overly aggressive.

“If they get a little nippy, that’s OK. We have muzzles,” said Swarner. “But I don’t want anyone to get bit. If it’s really stressful for the animal, that’s not good either.”

Swarner is planning to introduce dog-related vendors at the Westfield location, such as collars and leashes, toys and homemade dog treats. Anyone interested in becoming a vendor can contact Swarner at Dinkle Dog Too.

The location’s hours are by appointment, but are generally 8 a.m.-4 p.m. Tuesday-Saturday. For more information or an appointment, call 814-718-2487 or visit Dinkle Dog Too’s Facebook page.