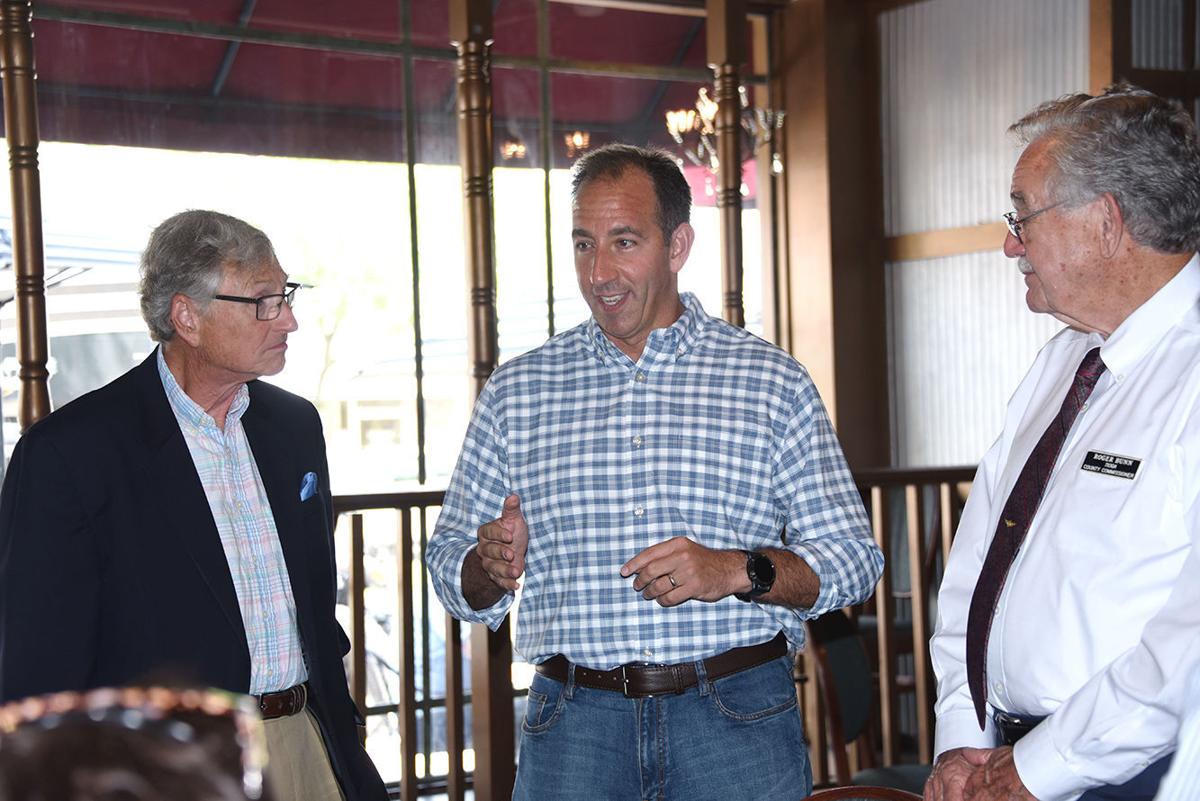 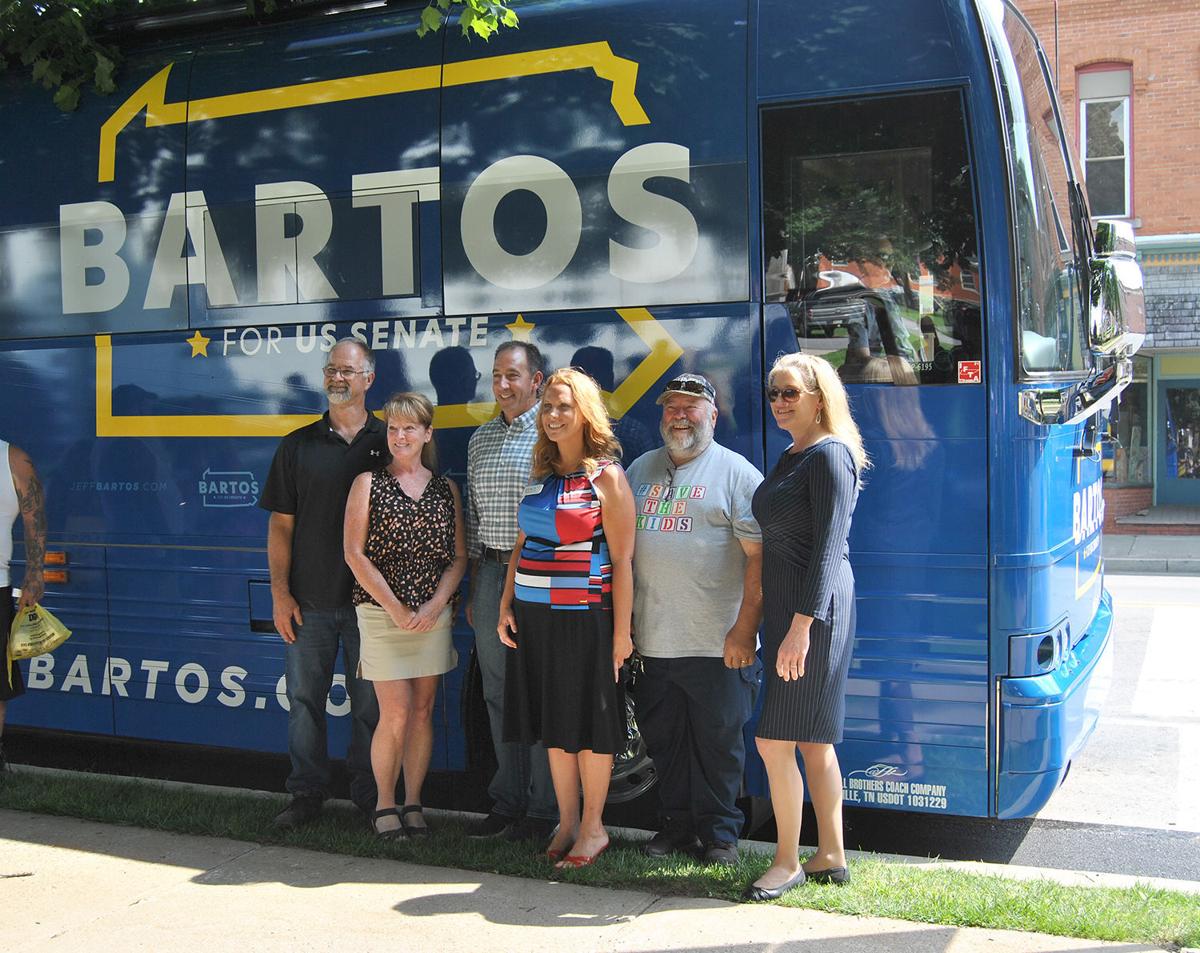 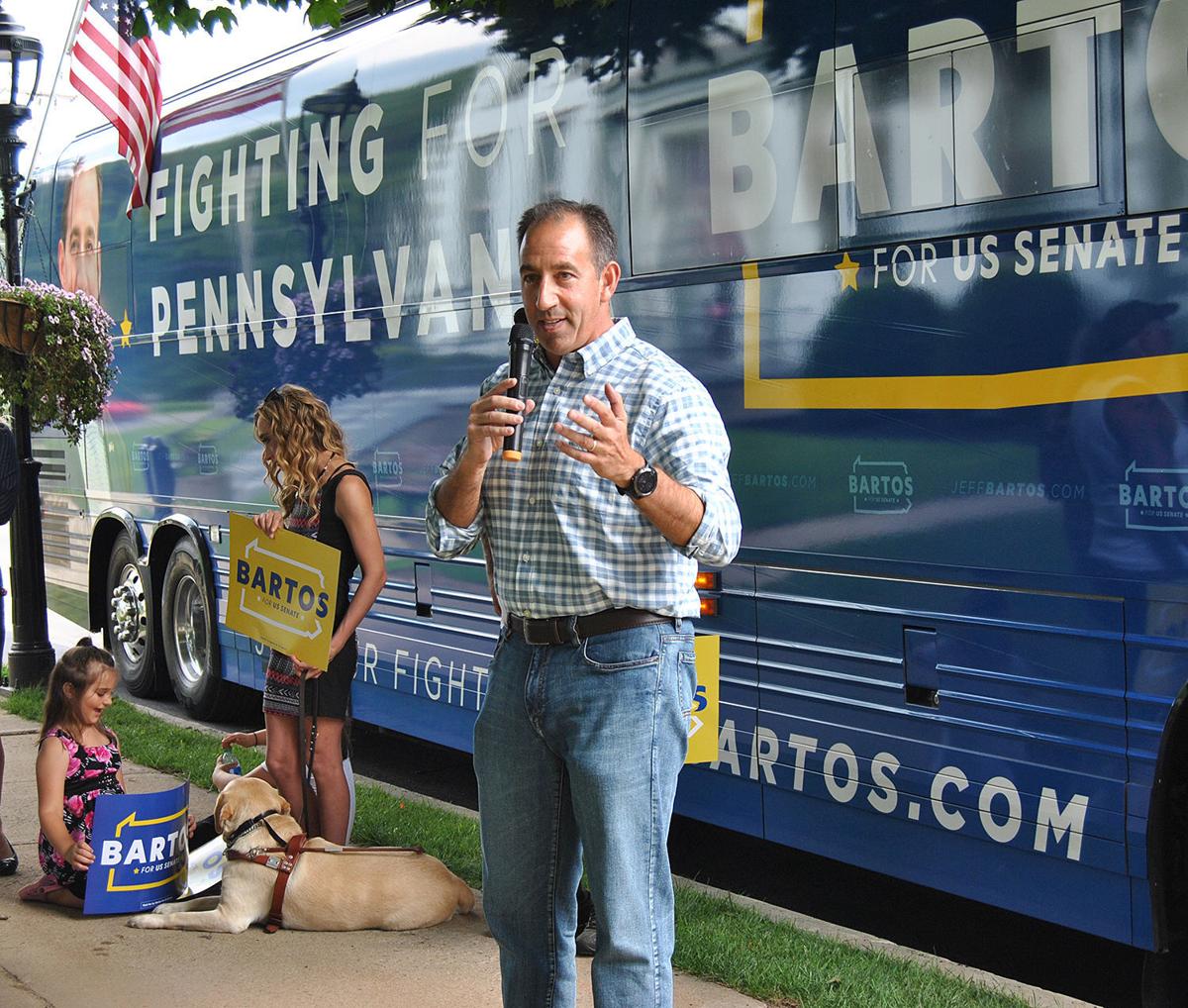 “To pull into a beautiful town and see so many good friends holding up signs with your name…I’m just getting used to being on a bus with my name on it,” said the Berks County native on Monday, July 26.

Bartos said small businesses are the lifeblood of rural Pennsylvania, and that he’s committed to making sure they survive. When the COVID-19 pandemic started shutting down mom-and-pop stories across the state, Bartos said he jumped in to help.

“When the pandemic started, from my prior experience in the private sector, I knew small businesses needed help. I formed a nonprofit in April 2020, starting modestly at first thinking we needed to help people in the first 30 days,” he said. “Well, it’s lasted a little longer but we ended up raising $3.6 million. We were able to help 1,000s of families.”

Bartos said small businesses across the state benefitted from his 30 Day Fund, including some in Tioga and Potter counties. According to the organization’s website, $6,000 has been donated in each county to date.

“These are very serious times requiring serious people with a proven track record in getting things done,” he said, adding that this is what constituents can expect from him if he’s elected to the U.S. Senate. “Understanding the issues, bringing people together and fighting for Main Street America is an everyday battle.

Bartos says most politicians see Pennsylvania as “two large cities with a bunch of farmland in between,” adding that if elected Senator, “I’ll make sure that never happens. I know the issues here are unique and I’m well-versed in them. I look forward to making sure we always stay in touch with our great friends up here.”

Also during his talk and in response to crowd questions, Bartos shared his take on certain issues: